10 Examples of a Bridge in a Song

Are you a budding songwriter and unsure how to link different sections in a track? Where does the bridge in a song go and what are some examples?

It can be helpful to look at some examples of a bridge in a song. The ‘bridge’ is a handy piece of song structure that is commonly seen in contemporary music. It provides contrast and enables the writer to segue between segments like a verse and chorus.

Read on to see and hear some cases in point, showing exactly how you too can use a musical bridge.

Examples of a bridge in a song 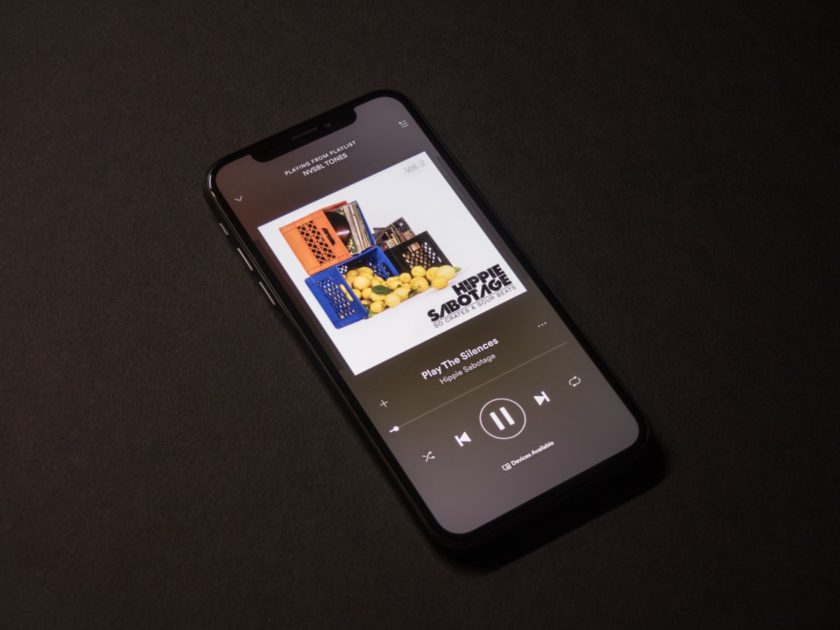 When you think of song structure, the verse, chorus and possibly hook, will likely be the components that first jump to mind. But the bridge is another element frequently used in creating great tracks. It’ll stand out from the rest of the song, either because the pace, key or melody (or all three) has altered. The term began to be used in the UK in the 1930s, having been coined in the United States. It defined a transitional section in a song

Even if you’re not a songwriter, as an artist, it’s important to understand the various terms used in music. If you’re rehearsing or recording and you’re asked to ‘take it from the bridge’, you need to know what this means. By providing examples of a bridge in a song, you can listen and learn to recognise what it sounds like. You may also hear a pre-chorus. We won’t be covering these in this article, but you can read more detail about song structure here.

So you want to write a musical hit? Deciding upon song structure is one of the most important judgments to be made when writing a song. But what are the different parts of a song and how do you structure a song? Song structure is the application of an organisation form to the arrangement of a song. Song structures... Read more »

What part of a song is the bridge?

The bridge doesn’t have a set place in a song. However, it often goes in between the verse and the chorus, or between a solo and the chorus or verse. And it frequently appears later on in the song, to break it up and create momentum before the final chorus. It may repeat in the song, or draw on elements of its other components. Many writers create their music instinctively. In these cases, you’ll find compositions are more complex and varied, with bridges popping up in unusual places.

What is the function of a bridge in a song?

The bridge provides a change. This may be in terms of lyrics and/or the instrumental. The pace and melody will change too. It’s very much like the breakdown, a structural tool often found in dance music. A breakdown is where everything is simplified and paired back, often with the vocals, beat or melody removed. Like the bridge, it may also serve as a segue into another section (hence the confusion). The two may be combined at times, or the bridge may be repeated as a breakdown. Keep reading for a clever example of this further along in the article.

What Does Sonically Mean in Music?

Now let’s take a deep dive into some examples of a bridge in a song. The verse, chorus bridge is the most familiar format for mainstream pop, so we’ll begin with this.

In this song, Robbie uses a bridge to change tempo and rhythm, and to incorporate a reflective lyrical theme, diversifying from the more repetitive chorus.

If I did it all again I’d be a nun

The rain was never cold when I was young

Life’s too short to be afraid

Step inside the sun

This classic follows a typical format with the bridge coming before the final chorus.

I hear her voice in the morning hour she calls me

The radio reminds me of my home far away

Driving down the road I get a feeling

That I should have been home yesterday, yesterday

This recent pop hit uses elements of the chorus in its bridge.

Hold on just a little tighter

Come on, hold on, tell me if you’re ready

Hold on just a little tighter

Come on, hold on, tell me if you’re ready

In this bridge, coming after the second verse and chorus, prince incorporates a dance section. This bridge sounds almost improvised and is less easy to identify as a bridge.

Take Me to Church by Hozier

This sultry hit contains a rich lyrical bridge prior to the final repeat of the chorus.

No masters or kings when the ritual begins

There is no sweeter innocence than our gentle sin

In the madness and soil of that sad earthly scene

Only then I am human

Only then I am clean

I Kissed a Girl by Katy Perry

Katy is fond of bridges and standardised formats in her pop numbers. This mega-hit put her on the international music map and contains a simple part speak-sing bridge.

Us girls, we are so magical

Hard to resist, so touchable

Too good to deny it

You won’t find bridges anywhere near as much in rap as in pop or even R&B. When they do appear, they may be after a verse then hook, with an accompanying key change. Here’s an example from 50 cent.

My flow, my show brought me the dough

That bought me all my fancy things

My crib, my cars, my pools, my jewels

Here’s another rap tune with a string melodic influence and a bridge. This one appears after the third chorus and deviates slightly from the norm, in that the song begins with a chorus. So it it a chorus-verse-chorus-verse-chorus-bridge-verse-chorus. And the bridge is followed by a verse instead of a chorus.

Fix You by Cold Play

Proving that bridges aren’t just for high octane pop numbers, this ballad lament follows a very simple verse-chorus-bridge structure, to great effect. It’s also made more impactful, as the only part of the song where all four band members sing.

Tears stream down your face

I promise you I will learn from my mistakes

Tears stream down your face

Can a song have two bridges?

Yes, it’s possible. But it’s not usual. They’re usually found in extensive epic tunes. Lady Gaga is the queen of multiple bridges and often favours complex, detailed songs with quirky elements. Here are a couple of her tunes that have more than one bridge.

Born this Way by Lady Gaga

Before the second verse and before the final chorus. There’s a lot going on here. The song also features an intro, outro and a breakdown version of the first bridge.

No matter gay, straight, or bi

I’m on the right track, baby

I was born to survive

No matter black, white, or beige

Chola or orient made

I’m on the right track, baby

I was born to be brave!

In this track, Gaga levers not one, but two bridges consecutively. They’re different from one another, so classified as two different bridges, rather than the same bridge repeated. They’re inserted before the final chorus. For another Lady Gaga song with two bridges, have a listen to Judas and see if you can identify where they appear.

I want your love, I don’t wanna be friends

(I want you back) No, I don’t wanna be friends

(Caught in a bad romance) I don’t wanna be friends

Pharrell used his bridge a total of three times in one song. But unlike Bad Romance, it is the same bridge, just repeated:

My level’s too high,

Bring me down, I said.

Whether this song contains one or two bridges is debatable. There is a clear segue section in this perky, playful and very skilful song. It’s in two parts but runs together. As the two parts differ in tempo, it’s more likely that this classifies as two bridges.

When I’m not with you

I think of you always

(I miss those long hot summer nights) I miss you

When I’m not with you

Think of me always

Love you, love you

Hey boy where do you get it from

Hey boy where did you go?

How to write the bridge of a song

Hopefully, these 10 examples of a bridge in a song have provided some inspiration to create your own. If not, or if you’re struggling to identify what exactly changed in them, here are some ideas for penning your own. 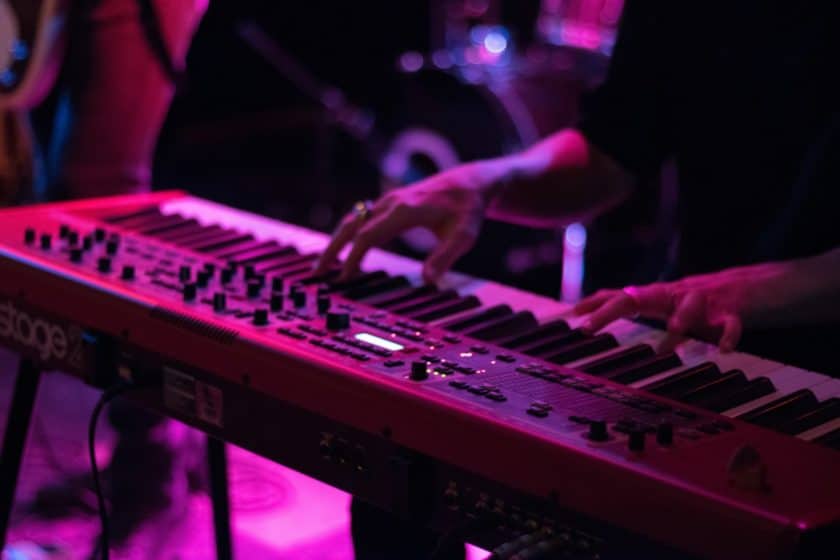 The parts of a song

If you plan to write a song, it’s worth learning more about the various parts. You don’t have to follow the rules, but it helps to know them if you want to break them. Understanding the various parts of a song can also aid in structuring and knowing what might work next if you’re stuck. Many major pop hits have followed a standard, winning structure.

The chorus is arguably the most important section in a song and writers should know how to write a song chorus that is catchy and uplifting. Creating original music is often hard, but writing a great chorus is the part that you always need to get right. Fortunately, there are some helpful tips on how to write your choruses below.... Read more »

What is the middle 8 in a song?

A bridge will usually by four to eight bars in length. A middle 8 is a kind of bridge but has some specifics. As the name would suggest, it comes in the middle of a song and is made up of 8 bars.

Now it’s over to you. Try writing your own bridge and see how you get on. Or if you’re a singer, see if you can pick out the bridges in some of your favourite artists’ songs.

By nature, a bridge joins one section with another, so it would be very odd to end with a bridge. The song would feel unfinished. Similarly, a song cannot begin with a bridge section. If this seems confusing it’s worth learning a little about song structure before writing your own music.

This is a section at the very end of a song to play it out. It may be used instead of a fade, or a sudden ending, or as a fade-out. It often comprises a repetitive lyric. An intro is the same but at the top of the song. An intro and outro could be a spoken section, or purely instrumental.

The elements of music or song are melody, harmony, rhythm, texture and form. Texture refers to how the speed, melody and harmonies combine, while the form is the structure of a musical composition. The standard form is strophic, but it may also be rondo, arch ternary, binary, arch or sonata.

What are your favourite examples of a bridge in a song? Perhaps you’ve created your own. Let us know and share your links in the comments section below.

How to Run Band Practice | Tips for a Successful Band Rehearsal