As a singer or musician, your identity and branding are an important part of your act and many artists choose a stage name. So, which singers changed their names before becoming really big stars?

Looking to stand out in the music industry? A lot of famous singer have chosen to adopt more unique stage names – and the names they were born with might just surprise you.

Plenty of famous singers like Lana Del Rey, Lorde, Bruno Mars and Katy Perry have all opted for cool-sounding stage names, and we’ll list them, as well as their real names, below.

Singers who changed their names 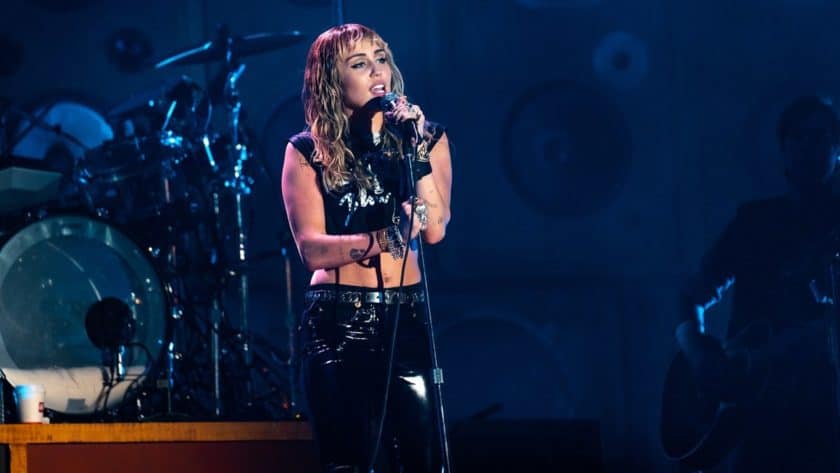 What’s in a name? While some singers are born with knock-out names – Madonna, Beyoncé, Ariana – some singers have to be more creative if they want to stand out and be memorable.

As well as creating a distinctive identity, adopting a stage name can help you to tap into a different persona when performing.

Singers who use stage names

The pop star legally changed her name to Miley (from her childhood nickname Smiley because she was such a happy baby) in 2008. Now only her grandmother calls her Destiney.

Keys almost went with the stage name Wilde, but her manager Jeff Robinson suggested the name Keys after a dream he had and to reflect the singer’s love of music.

A childhood nickname that stuck: “My dad nicknamed me Bruno since I was 2 years old. I was going to go by ‘Bruno,’ one name. Mars just kind of came joking around because that sounds bigger than life. That was it, simple as that.”

Lana Del Rey is a mix of legendary Hollywood actress Lana Turner and the classic automobile the Ford Del Rey.

Female singers that go by one name

The singer gets her name from the character Mr. Pink in the movie Reservoir Dogs, a film she saw as a teenager and who her friends thought she resembled.

British rapper adopted her stage name, “M.I.A.”, which stands for “Missing In Action.”

The singer told Teen Vogue: “I hit upon ‘Lord’ and loved the way it sounded, and then I was like, it would be quite cool to add an E to feminize it.” 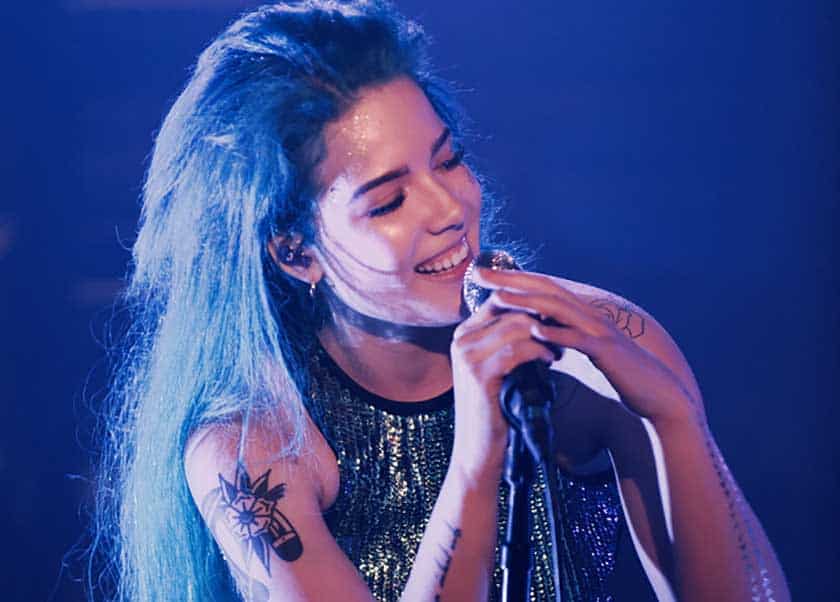 The singer told Rolling Stone: “I didn’t like being Ashley Frangipane. It was a person I thought was weak and silly and sad.”

An anagram of her birth name, she also named herself after Halsey Street in Brooklyn, where she lived.

Her stage name Fergie originated from the shortened version of her surname.

As a teen, her and two classmates formed a rap group called the Cornrow Clique. Originally called Lissa, the name was tweaked to Lizzo due to the popularity of the Jay-Z song ‘Izzo.’

Open Mic UK’s first winner was nicknamed Birdy by her parents because, as a baby, she looked like a little bird when taking food from them.

Her stunning ethereal music is everywhere and she has some mega-famous fans. But what’s the secret behind this artist’s success?   The young singer grew up in unusual surroundings and began writing her own music as a child. Birdy was discovered at Open Mic UK in 2008 and signed her first record deal at the age... Read more »

Katy Perry changed her name so she wouldn’t be mixed up with actress Kate Hudson.

“I hated my name at the time though so I tried it as a stage name. It sounded cool. I took out the “e” because there was already a Canadian band named The Weekend.”

The singer told MTV News in 2008: “John Legend is a nickname that some friends started calling me, and it kind of grew into my stage name.”

This memorable stage name was inspired by the 1970s sitcom Steptoe And Son. Rory came up with the name when he emceed with a drum and bass crew, as he thought it sounded like the name of a classic blues singer.

Why do musicians change their names?

Singers and musicians change their names for many reasons. Sometimes they go with nicknames from childhood or they create a whole new persona that allows them to maintain a separate private life.

When some singers find their real name is already taken by someone in the industry or just isn’t unique-sounding enough, they may opt to go by their middle names instead, like Emelie Sandé, Rihanna and Camila Cabello: 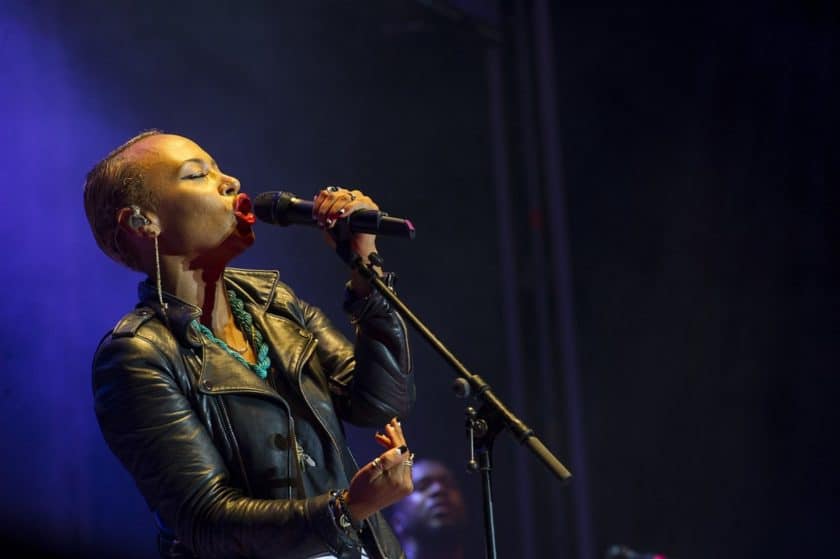 Born Adele Emeli Sande, the British singer dropped her first name after the real Adele enjoyed chart success before her.

Barbadian hit-maker Rihanna chose to go by her middle name, which is Arabic and means “sweet basil.” Although, with her family and friends, she still goes by Robyn.

“Karla is my first name, Camila is my middle name. Long story short, my family always called me Camila. When I came to school in the United States, I was really, really shy and the teachers started calling me Karla. In my life, I push myself to do a lot of things that make me uncomfortable, and that’s how I started dancing. That’s how I feel like I found myself — through Camila and performance and music, as that confident video vixen. They’re both over-exaggerated personas of me.”

Camila explains the story behind her name change in the video below:

After moving to America and being briefly managed by Interscope, Iggy adopted her stage name.

“Iggy is the name of my old dog. I had a name plate necklace that I used to wear which read “Iggy.” People I’d meet assumed it was my name and started calling me that. Azalea is the street I grew up on – I’m from Azalea Street. My family still lives there to this day.”

Stefani’s friends gave her the name Gaga after a lyric from the Queen song ‘Radio Gaga’.

“My first single was more of a soul track, and I thought Calvin Harris sounded a bit more racially ambiguous,” he said, according to Esquire. “I thought people might not know if I was black or not. After that, I was stuck with it.”

Male singers who go by one name

The singer chose his stage name after the dog breed, which has a certain reputation: “(they) bite to lock. The dog is too stupid to lose. And they’re outlawed in Dade County. They’re basically everything that I am. It’s been a constant fight” 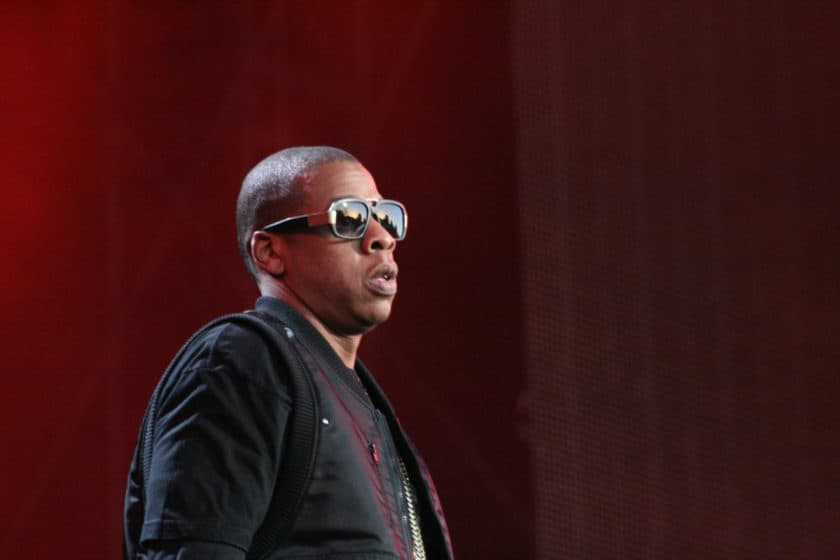 Why do rappers have stage names?

Often a rapper’s stage name is a nickname given to them when they were growing up, like Snoop Dogg and Jay-Z:

The rapper’s nickname came from his mother because she thought he looked like Snoopy from the Peanuts cartoon.

The stage name Jay-Z derived from Carter’s childhood nickname of “Jazzy” and is also a reference to the J/Z subway station near his Brooklyn home.

Hip-hop becomes more popular every year and many singers are learning how to rap as part of their artist development. Rapping is a completely different technique to singing but we’ll do what we can to show you how to rap. There is far more to being a rapper than writing rhymes and spitting them out.... Read more »

Also known by his alter ego Slim Shady when he emerged on the scene, the rapper got the name Eminem from his two initials – M & M.

50 Cent chose his rapper name after a notorious criminal Kelvin Martin, who went by that name. The nickname “says everything I want it to say. I’m the same kind of person 50 Cent was. I provide for myself by any means.”

Originally known for playing character Jimmy Brooks on the television series Degrassi: The Next Generation, the Canadian singer goes by his middle name.

Macklemore took his stage name from a superhero he drew up for a homework assignment, Professor Mackelmore.

Stormzy chose his name he says because it “sounded really cool”. He told Live Mag UK in 2014: “I think God puts names in my head, like, ‘Wicked Skengman’. It just came to my head and I ran with it.”

How Did Stormzy Get Signed? | How was Stormzy Discovered?

If you have the ambition to make it as a musician, you may look at your favourite artists and wonder just how – and when – they got famous. He made history headlining at Glastonbury, has collaborated with some of the biggest names in the industry and is arguably the UK’s leading rapper. But how... Read more »

Rock stars who changed their name

Costello chose a stage name after signing his first recording contract, combining ‘Elvis’ from Elvis Presley and his own father’s stage name of Costello.

Robert Zimmerman legally changed his name to Bob Dylan in the early 60’s.

He wrote in his autobiography: “The first time I was asked my name in the Twin Cities, I instinctively and automatically, without thinking, simply said: ‘Bob Dylan.’ Now, I had to get used to people calling me Bob.”

He started going by the name “Elton John” in honour of saxophonist Elton Dean and singer Long John Baldry. 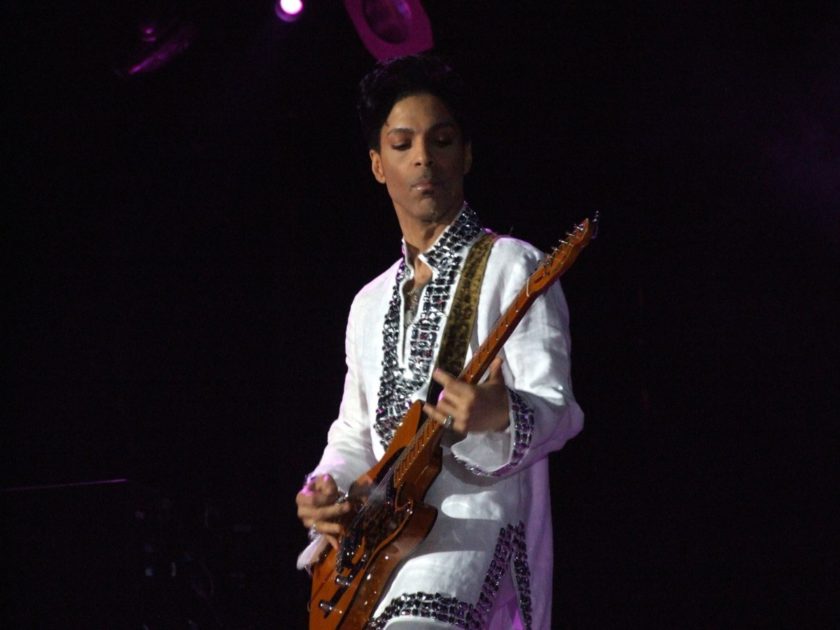 Prince famously ditched his iconic stage name for a symbol, leaving many people to call him The Artist Formerly Know as Prince.

“It is an unpronounceable symbol whose meaning has not been identified. It’s all about thinking in new ways, tuning in 2 a new free-quency,” The artist wrote in a statement at the time.

Before landing on her mononymous name, Cher recorded songs under the names Bonnie Jo Mason and Cherilyn. Her and Sonny Bono originally went by ‘Caesar & Cleo’, before landing on ‘Sonny & Cher’.

Known for alter egos referenced in his songs – Major Tom and Ziggy Stardust – after a decade of exploring new identities, Bowie named himself after the 19th-century American pioneer James Bowie and the knife he had popularised.

The British Singer changed his name again in the late 70’s, after converting to Islam.

The rapper started off her career using the name ‘Nicki Maraj’ before later settling for the name Nicki Minaj.

The Queen frontman legally changed his name to Freddie Mercury around 1970, when the band was formed.

In 1961, 11-year-old Stevie was discovered by Ronnie White of the Motown group the Miracles. After a meeting at Motown Records, Berry Gordy renamed the young prodigy ‘Little Stevie Wonder’, later dropping the ‘Little’ as he matured.

Have we missed anyone on this list? Let us know in the comments below!

What Are the Best Nicknames in Pro Online Gaming Today? - NEWSCABAL

[…] of everyone from famous leaders to the owner of the local village inn. These days celebrities and musicians have even taken to swapping their birth names for their nicknames, as they look to cash in on their own personal […]