Apple Music and Spotify are up there as two of the most popular streaming services in the world. Streaming is now at the forefront of our music listening experiences and it’s no surprise that there is a lot of competition. So, Apple Music vs Spotify: which one comes out on top?

Both platforms are hugely successful but many would argue that Spotify’s free membership option is a big plus. However, Apple Music is successful in its own right. Many huge artists signed exclusive Apple Music deals and it has its successful Beats1 radio station.

There are lots of streaming services out there but ultimately, there are two big contenders. So which music streaming service is the best? Most people go for either Spotify or Apple Music and read on to find out more about how they compare to each other.

Whatever platform is the most successful, both of them offer a huge potential listening audience to artists. As the way we listen to music has changed, so has the way artists make their money. Now, services such as Spotify and Apple Music can make a musician’s career with their large user base.

What is the most popular music streaming service?

Spotify has 100 million paid subscribers, which is twice as many as Apple Music. However, Apple Music is hot on the heels of Spotify now, with the California-based service offering a plethora of exclusive music releases.

Apple Music did launch nine years after Spotify, so the service did for a while have to play catch up. However, it now has around 50 million listeners since it went live nearly four years ago.

Does Spotify have more US users than Apple Music?

In the US, Apple Music is the most popular paid streaming service in the country. It has around 28 million paid subscribers, which just edges out Spotify by 2 million.  However, unlike Apple Music, Spotify has a free tier. When you consider the number of free users, Spotify wins every time.

Overall, Spotify’s sound quality is often considered to be marginally better. There is a difference in format and bit rate between the two. Apple Music uses a 256kbps AAC bitrate compared to the 320kbps Ogg Vorbis bitrate which is used by Spotify.

Lots of people may not necessarily notice a difference. However, those of us who take our music listening seriously will want to ensure that they get a good quality service. Either way, the two services are almost indistinguishable. If you’re really serious about sound quality, a service like Tidal may be better because of its uncompressed, lossless audio.

Can you transfer your Spotify playlist to Apple Music? 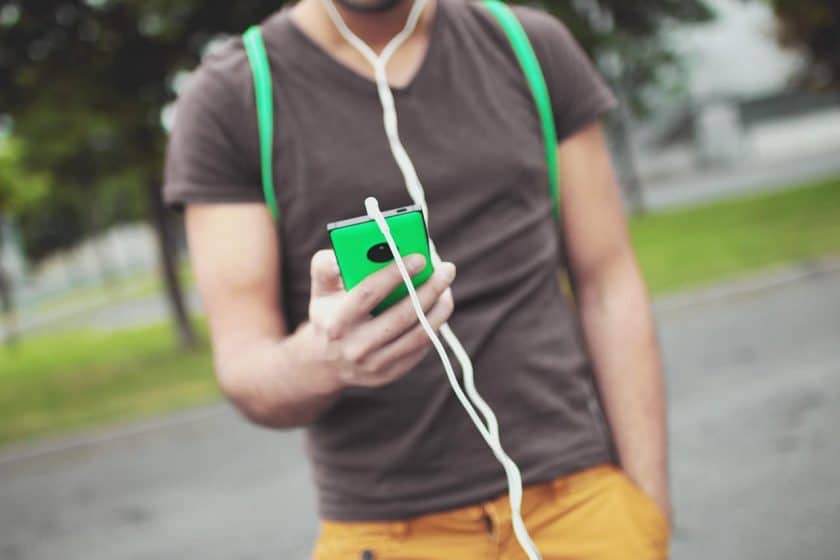 Yes, you can. If you have decided to switch to Apple Music then there are a number of apps out there that will enable you to do so. Apps such as SongShift will enable you to move all of your music and keep hold of those treasured playlists. It may take some time but it’s worth it in the end. You don’t want to lose your music!

Spotify has a free tier that plays ads between songs. Both will charge £9.99 a month for standard membership and there are student deals at £4.99 a month. Apple Music offers its Beats 1 radio station as part of this, as well as more original videos, concerts and exclusives. On the other hand, Spotify is more renowned for its extensive playlists.

Apple Music and Spotify both have near-identical pricing structures. However, there is a difference between what you get for their family tier.

The family plans for Apple Music and Spotify provide individual accounts for each family member using the service. The main difference is that Spotify offers the family plan for 5 members, whereas Apple Music does it for 6. This makes it slightly cheaper per user but is only relevant if there are going to be 6 people using it.

Another feature of Apple Music’s family plan is that you can share iTunes purchases across your family. This could make it more appealing to those that buy music and videos on iTunes and it could provide better value than Spotify.

When did Spotify begin?

Spotify was developed in Sweden back in 2006 by its founder Daniel Ek, former CTO of Stardoll, and Martin Lorentzon, the co-founder of TradeDoubler. In the beginning, it was a small start-up business.

They developed the music streaming platform in a bid to try and combat problems with piracy in the industry. Many music listeners relied on controversial piracy sites to listen to their music in order to avoid paying out for CD’s or paying to download music. It officially launched in 2008 and it offered fans a free music listening service with advertising, with the aim for fans to sign up to the company’s monthly subscription service which is ad-free and allows you to download music to listen to offline.

A service such as Spotify helped combat the problem with piracy as it still helps to put money back into the music industry – even if it’s not always as popular with the artists themselves.

Now, Spotify adds around 20,000 songs every day with a very deep back catalogue of music. It also has live music sessions and thousands of different playlists.

Apple Music’s entry into the industry

In June 2015, Apple Music appeared as the fiercest rival to Spotify and it secured exclusive deals with artists such as Taylor Swift, Frank Ocean and Drake to release their music first.

However, when it comes to the music library, Apple Music has around 45 million songs, which is far superior to Spotify, which has around 35 million.

It also has the capacity to offer more exclusives than Spotify as it doesn’t give a free option. So the revenue helps to keep it exciting and current.

Its library is also hugely beneficial to Apple users because no matter what device you bought or downloaded music onto, it will all be in one place. This means your library of music is easily accessible whenever you want it.

What’s the deal with Taylor Swift and Spotify?

It was a well-known fact that Taylor Swift had a spat with Spotify that lasted three years. Unhappy with the way the service ran, she refused to stream her music with the platform. In 2014, she pulled her entire back catalogue from Spotify as she was unhappy about the royalties paid to artists which she felt was too low. But in 2017, she changed her tune and decided to put all her music back on Spotify. She says it was to thank all her fans for her album 1989 passing 10 million sales.

But it wasn’t just Spotify that she had a feud with. She was also unhappy with the fact that Apple Music didn’t pay artists as a part of its free three-month trial. It goes to show the power of an artist such as Taylor as Apple then changed its policy. Her back catalogue is now also available on Apple Music.

When it comes to discovering new music, both streaming services have advantages. Streaming libraries can be daunting for people when it comes to finding brand new music but Spotify does offer special playlists such as Discover Weekly and New Music Friday. There are also a whole host of different genres of music for people to delve into. Most of these playlists are for subscribers but free listeners can benefit from listening to a selection of on-demand playlists too. You can also create, share and follow playlists of any kind.

Apple Music runs things a slightly different way by asking listeners to select some of their favourite music when they first open an account. This gives Apple an idea of the sort of music that they enjoy listening to and then gives them the opportunity to find new music as and when it is released.

Apple also offers a service whereby it plays live radio 24 hours a day called Beats 1 Radio. It is an online radio station which is owned by Apple and it is accessible through iTunes and through Apple Music. Artists often take advantage of this by teasing new music and collaborations.

Another feature that makes it easier for fans using Spotify is the fact that you don’t have to download an app and you can simply listen through a web browser. With Apple Music, you have to install iTunes, which could be frustrating for people. If you’ve not got an Apple Mac or an iPad then it means you have to download it onto your device. And if you have an office computer then you often can’t download things onto it, meaning you can’t use Apple Music through that device.

Spotify also gives gamers the option of listening to music through consoles including Xbox One and PlayStation.

When it comes to presentation, both providers have a bold, strong design that is appealing for its users and they are both fairly easy to navigate.

Why is this important to artists?

As an artist trying to break into the music industry, it’s vital that you have a good understanding of the industry as a whole and how people listen to music nowadays. That way, it means you can plan your career and how you want people to listen to you. That’s not just your live performances but how you introduce people to your music. Streaming is a huge part of that. So, it’s vital that you know how these services work, which ones are the most popular, and more broadly, how people listen to and discover new music.

It’s not always hugely popular with artists because of the low cost of royalties. The fact is, streaming is the future of the music industry so it’s important that you embrace it and support it. Lots of people use streaming services to discover new music anyway and it’s a good way to build a fanbase.

Have a good look into both Spotify and Apple Music and decide if it’s the place to stream your music. Obviously, the more exposure you get as an artist, the better. So if you can get your music on both services then it’s likely to be better for your career in the long run.

Which is the best music streaming service?

Overall, there isn’t really a definitive answer. It really depends on what you’re looking for and what interface you find easier to use. Apple Music is arguably a better deal for families and it’s Beats 1 station, combined with artist exclusives, could make it more appealing.

However, Spotify has twice as many users and its playlists are very successful. Its free tier is also a great entry point if you’re not sure if you want to pay for streaming.

Are you on Apple Music or Spotify? Let us know which one you think is better.

Good Songs to Sing with Piano or Keyboard

What Are The Hardest & Most Difficult Songs to Sing?