From Amy Winehouse to Ray Charles, sometimes an artist covering a song becomes more synonymous with the track than the person who first recorded it. There are plenty of famous cover songs that have outsold the original recordings, becoming more famous and successful, some of which you may not even realise are covers.

If you’re singing for an audition, we always recommend performing original music. But if you’re not writing songs yet, it’s important to make your cover song stand apart from the original, which each of the singers listed here has done.

If you’re looking for inspiration for a cover, here we list 31 cover songs that are arguably (everyone’s taste is different) better and more well-known than the original.

What is a cover song?

The term “cover song” originally referred to a rival version of a tune recorded to compete with the first released version of a song, but it now means any song that’s a new performance or recording by someone other than the original artist or composer of a song.

What is the difference between a cover and a remake of a song?

A cover often means a reinterpretation of a song, adding a creative or unique take from the original to make it stand out. This might mean creating an acapella or acoustic version so it stands out. Or a female artist recording a song originally sung by a male singer.

A remake is an attempt at reproduction, singing and recording the song in the same way it was originally played.

Can a cover version ever be better than the original song?

Some versions of the songs listed below, like All Along The Watchtower by Jimi Hendrix and I Will Always Love You by Whitney Houston are seen as better recordings than the originals. While it doesn’t happy regularly, it is very possible to make a cover song that’s better than the original.

How to make a creative cover song that stands out:

How To Make a Creative Cover Song Stand Out

Singing a cover song can be a great way to grow your audience and engage with your fans when you’re first starting out, helping them understand the kind of artist you want to be. It gives you the chance to show off your skills as a singer and you can be creative and make the... Read more »

Covers that are better than the original 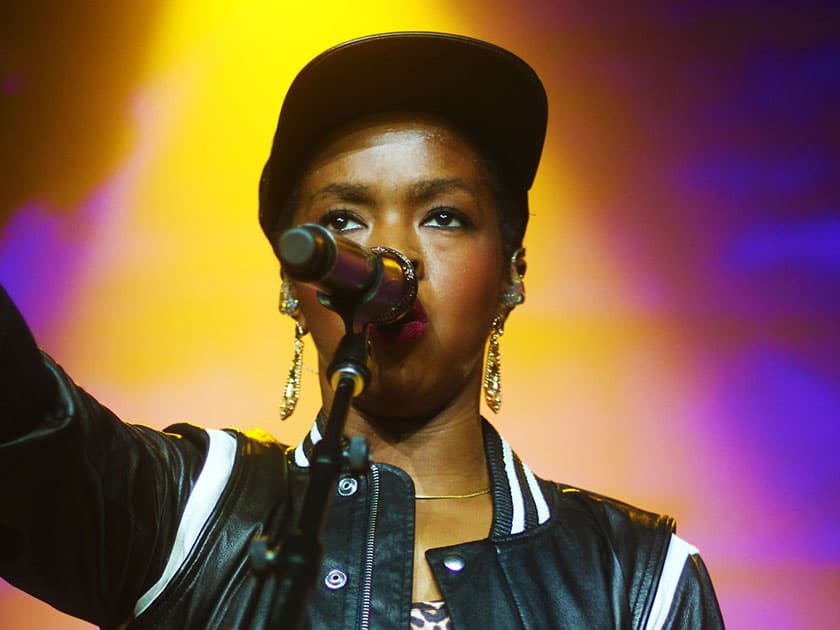 #1 Killing Me Softly With His Song by Fugees

Killing Me Softly with His Song was composed by Charles Fox with lyrics by Norman Gimbel, with the lyrics were written with Lori Lieberman after she was inspired by a Don McLean performance in late 1971.

It was a number-one hit in the US Roberta Flack and the Fugees version won a Grammy for their creative, soulful R&B cover.

The ultimate feel-good song, Nina Simone recorded Feeling Good for her 1965 album I Put a Spell on You and it’s arguably the best-known version of the song.

#3 All Along The Watch Tower by Jimi Hendrix

Originally recorded by Bob Dylan, this song now has the Jimi Hendrix stamp all over it and is widely considered ‘the ultimate cover.’

#4 Georgia On My Mind by Ray Charles

#5 Make You Feel My Love by Adele

Adele released a cover version of the Bob Dylan song ‘Make You Feel My Love’ on her debut studio album 19, the only cover song on the album. Her manager Jonathan Dickins is a massive Bob Dylan fan and was insistent she record her own version of one of his songs.

Find out how Adele got discovered:

Grammy-winning singer and songwriter Adele found fame and international success with hits like ‘Rolling in the Deep’ and ‘Someone Like You’, but how was she discovered? How did Adele become famous and how did she get started in the industry? Adele found success at a young age after her demo caught the attention of British... Read more » 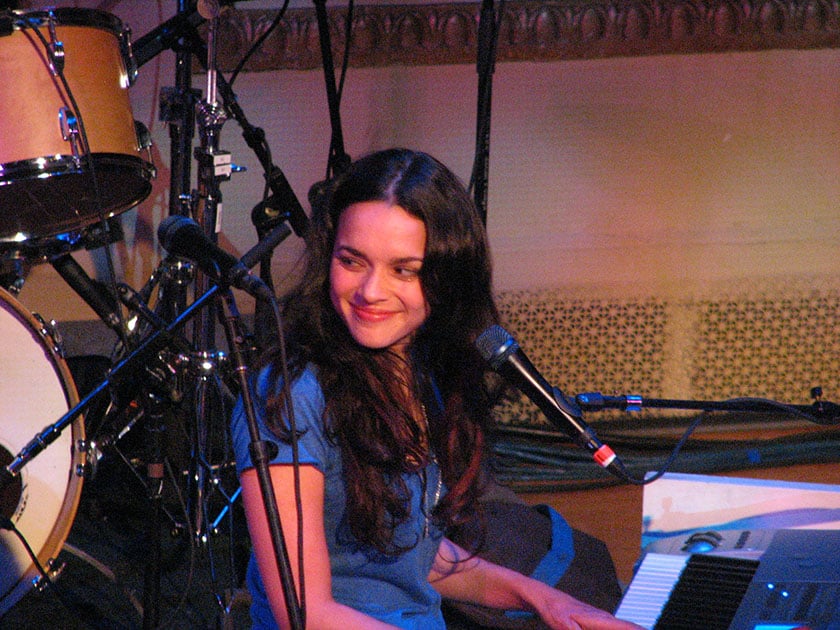 #6 Don’t Know Why by Norah Jones

Written, composed and recorded by Jesse Harris, Norah’s version  earned her three Grammy Awards (she took home five for her debut album, Come Away with Me.)

#7 You’ve Got the Love by Florence + The Machine

You Got the Love was originally recorded by The Source featuring Candi Staton and covered by Joss Stone in 2009. Florence and the Machine’s version, from the acclaimed album Lungs, was first played at Bestival in 2008, with Florence Welch saying: “I remember looking at my guitarist as we played the first chords and then there was the reaction and it was like tearing ourselves open and just exploding on the crowd.”

#8 Don’t Cha by The Pussycat Dolls

Written by CeeLo Green and originally recorded by Tori Alamaze, Don’t Cha was a massive hit for The Pussycat Dolls, and Billboard ranked it as the third best song of the Summer of 2005.

First recorded by English band Talk Talk, the version by American group No Doubt is the version most people are familiar with.

Valerie was first written and recorded by The Zutons – there’s even a real Valerie – before being covered by Mark Ronson, featuring the vocals of Amy Winehouse.

Find out how Amy became a household name:

Remembered as one of the most iconic and talented singers of her generation, Amy Winehouse has left a mark on the music industry and inspired countless singers with only two albums, ‘Frank’ and ‘Back To Black’. Winehouse was only 19 when she signed her first record deal. Known for her soulful contralto vocals and expressive,... Read more » 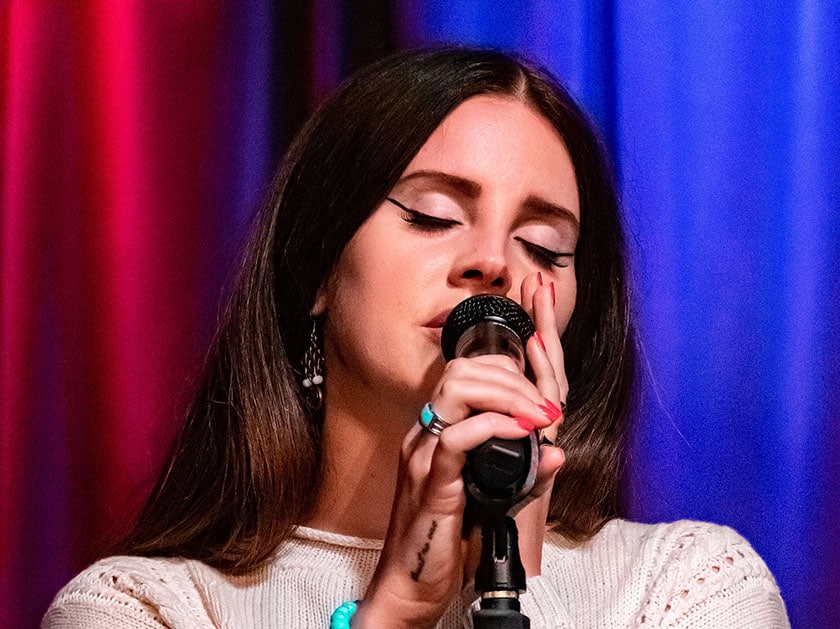 A massive fan of Sublime and the original version, Lana announced on release of her summery cover: “Not a day goes by that I don’t listen to at least one Sublime song.”

#13 Take Me Home by Sophie Ellis-Bextor

The hit for Brit singer Sophie Ellis-Bextor was first recorded by American singer and actress Cher.

If I Were a Boy was written by BC Jean and Toby Gad, with Jean releasing the song herself before Beyoncé’s version became famous.

How To Make a Creative Cover Song Stand Out

Singing a cover song can be a great way to grow your audience and engage with your fans when you’re first starting out, helping them understand the kind of artist you want to be. It gives you the chance to show off your skills as a singer and you can be creative and make the... Read more »

#16 Waiting For Tonight by Jennifer Lopez

Before Jennifer Lopez added a Latin flavour to the song, Waiting For Tonight was originally recorded by girl group 3rd Party.

This song was so synonymous with Natalie Imbruglia that when it came out that the single was actually written by Scott Cutler and Anne Preven of the alt-rock band Ednaswap, the public felt duped.

This one’s a bit more complicated. Although Jeff Beck recorded the song first, Stevie’s version was released ahead of Jeff’s and became a Billboard Number One.

Songbird was a song released by Fleetwood Mac, written by Christine McVie. Eva Cassidy’s version was released on the album of the same name Songbird after her death and reached number 1 in the UK in 2001.

#20 Girls Just Want to Have Fun by Cyndi Lauper

A great way to make a cover unique is to change the gender of the artists singing it. First written and recorded by Robert Hazard, the song became a feminist anthem when Cyndi Lauper released her version.

Cover songs can help singers to build their audience but it may require licensing in certain situations. However, it is important to know the laws regarding cover songs before you start covering other artists. You need a mechanical license from the original writer or publisher to record and release cover songs. However, musicians don’t need... Read more »

Best cover songs of all time

#21 I Will Always Love You by Whitney Houston

On first hearing Whitney’s impressive cover, Dolly told Oprah Winfrey: “My heart just started to beat so fast and then when she got into ‘I Will Always Love You,’ when that opened up, and I realised that was my song, it was the most overwhelming thing. I could not believe how she did that. I mean, how beautiful it was that my little song had turned into that, so that was a major, major thing.”

#22 Nothing Compares 2 u by Sinead O’Connor

Written and recorded by Prince, it became a worldwide smash hit when it was covered by Irish singer Sinead O’Connor.

A masterpiece of writing by Leonard Cohen, with the chord progression matching the lyrics: “goes like this, the fourth, the fifth, the minor fall, and the major lift”: C, F, G, A minor, F.  One of the most famous versions was recorded by Jeff Buckley for his only record, Grace.

First recorded by Creedence Clearwater Revival, the cover released by Ike and Tina reached number 4 in the Billboard charts and won a Grammy Award.

Now known as the signature song of the Queen of Soul, Respect was originally released by Otis Redding in 1965.

American Woman is best known from the soundtrack of Austin Powers: The Spy Who Shagged Me, recorded by Lenny Kravitz. The song was first released byThe Guess Who in the 70s.

A very popular song to cover and previously released by Dusty Springfield, Chuck Jackson and Dionne Warwick, The White Stripes gave it a punk rock edge when they covered the song.

#28 Me and Bobby McGee by Janis Joplin

Written by Sonny Curtis of Buddy Holly’s Crickets, later made popular by the Bobby Fuller Four, Joe Strummer and Mick Jones were said to have been inspired to make their version after hearing it on a jukebox owned by a San Francisco recording studio they were at.

We’ve put all of the above songs into a handy playlist here, including two from our competition.

#30 House Of The Rising Sun by Tom Mouse Smith

One of the most popular songs on our YouTube channel, Tom Mouse Smith performed House of The Rising Sun at the Manchester Area Final. An American folk song, the writer of the song is unverified, but the version by The Animals is well known.

Have you recorded a creative cover version of a song? Leave a link in the comments and we’ll check it out!