Where do we even start? Picking the best albums in history is near impossible. The number of contenders is huge and depends on where you stand within music. In this article, we will present you with 10 of the best-selling albums of all time and the reasons behind their success. We will cover a variety of genres and artists to develop a border picture of successful albums throughout the whole music industry.

We will predominantly be looking at success by examining the commercial scope of these albums but is not the limiting factor. Their influence within culture is still a huge factor in what is successful in music. Some albums are tarnished upon release but influence communities hugely. Despite focussing on commercial success, we will still take into account the impacts these albums had with many being controversial.

Let’s get into it! Here are some of the top-selling albums of all time. We’ve decided to look at the number of worldwide units sold for each album so album price doesn’t affect the results.

Starting off our list is a more alternative genre. Despite Jazz not being the most mainstream of mainstream music, it still holds a hugely significant place within music history.

Miles Davis took a new approach to Jazz and wanted to distance himself from the complex cord sequences that limited what Jazz artists could do. He wanted more freedom by not sticking to the classical way of playing Jazz music. Successfully doing this, he made Kind of Blue the most successful and best-selling jazz album of all time.

Sadly, Davis passed away in 1991, but there have been several never seen before recording clips released by Columbia since then. Even 66 years after its release, this album is still significant. 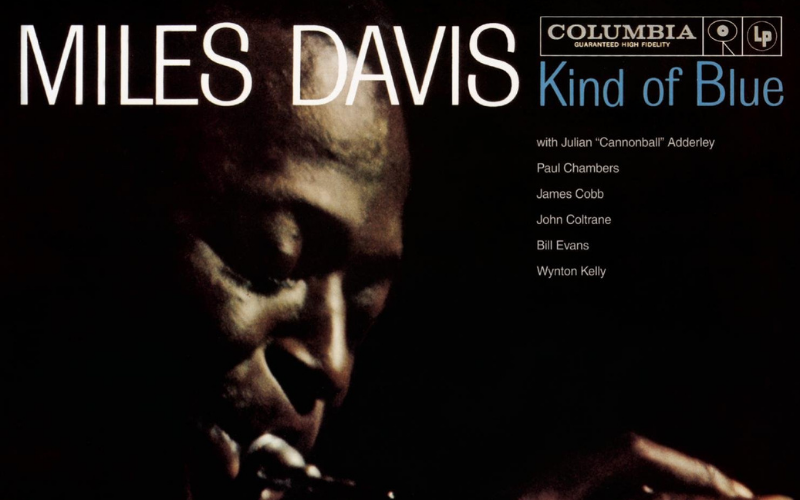 The American duo Outkast released this 2-hour long album spread across solo albums from both the artist. Big Boi’s P-Funk album was significantly different from Andre 3000’s psychedelic, electro, funk, pop and jazz style! Together, the double album became a huge success. “Hey Ya” by Big Boi and “The Way You Move” by Adre 3000 are both featured on the album.

The album was nominated for 6 Grammy Awards winning three in total; Album of the Year, Best Urban/Alternative Performance for “Hey Ya!” and Best Rap Album.

With earning 24 weeks in the Top 10 charts as well as Metacritic awarding it with a 91 out of 100, the album reached universal acclaim. Big Boi’s influence on the album makes it one of the best-selling hip hop albums of all time. 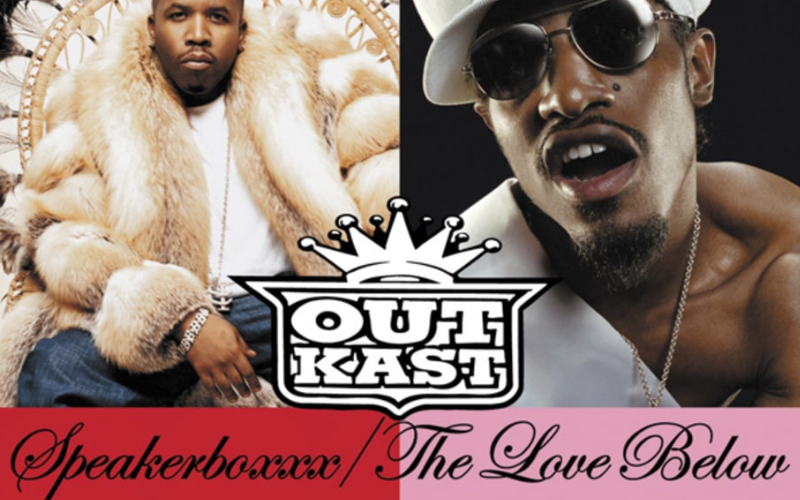 The Marshal Mathers LP is one of best selling rap albums of all time released in 2000. Mainly produced by Eminem himself and Dr. Dre, the album was recorded over 2 months in Detroit.

Like many great albums, the lyrics reflected a more depressing side of this artist’s life. The song’s content reflects Eminem’s rise from rags to riches, the criticism of his music and personal family issues.

The album incorporates horrorcore with hardcore hip hop which makes this album even more prominent with the fact is uses such alternative genres.

Without also being controversial, would this really be a true Eminem album? This album was criticised for being full of homophobia, misogyny, and some very questionable references. Like many controversial songs, the public tends to take the lyrics as a personal reflection of the artist themselves, rather than a reflection of the world they are living in. On the homophobic front, Elton John would defend Eminem to the grave and the two consider each other as close friends.

In its first week, it sold 1.78 million copies which made it one of the fastest-selling studio albums in American history. It stayed at the top of the Billboard 200 for 8 consecutive weeks and gave us iconic songs like “The Real Slim Shady” and “The Way I Am”. 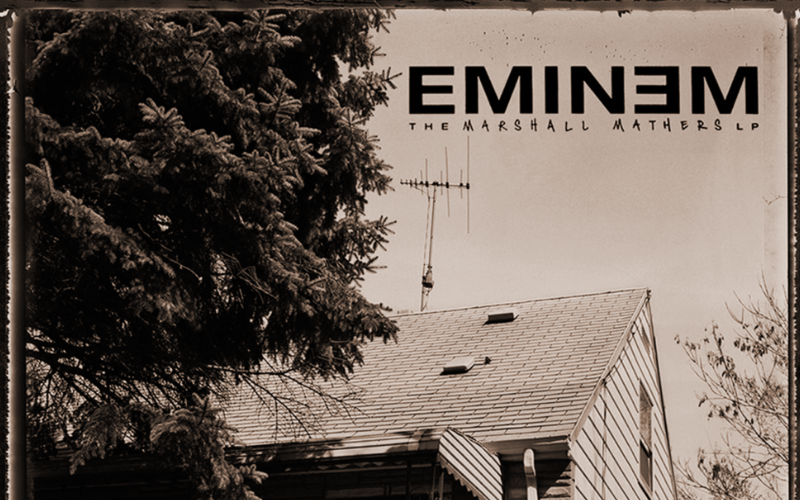 One thing is certain about this album; it was surrounded by drama! Stevie Nicks had just split with her lover, Lindsey Buckingham whilst Christine was divorcing her husband and bassist, John McVie. Mick Fleetwood’s marriage was also on the rocks and resulted in him having an affair with Stevie Nicks. Lots, and lots of drama! Still, this unease was actually the inspiration for this album and the reason it became so successful.

The album served as a musical soap opera with the lyrics telling the story of their troubles without cutting any corners. It was a mess, but the masses adored it. Not only was the music in the album amazing, but takes listeners on a journey of romance and pain. Despite being hard for the members to be so honest and open with the entire world, you have to respect them for not hiding behind a fake life of fame and fortune. It made them relatable!

It was recognised by the Library Of Congress as culturally, historically or aesthetically significant also making it into the Grammy Hall of Fame.

You might also be aware that “Dreams” got some attention last year from the surprising community of Tik Tok. Nathan Apodaca became viral after recording himself skateboarding whilst drinking cranberry juice whilst listening to “Dreams”. It gained so much traction Mick Fleetwood and Stevie Nicks both made responding videos. This attention got “Rumours” back in the Billboard 200 top ten in 2020! 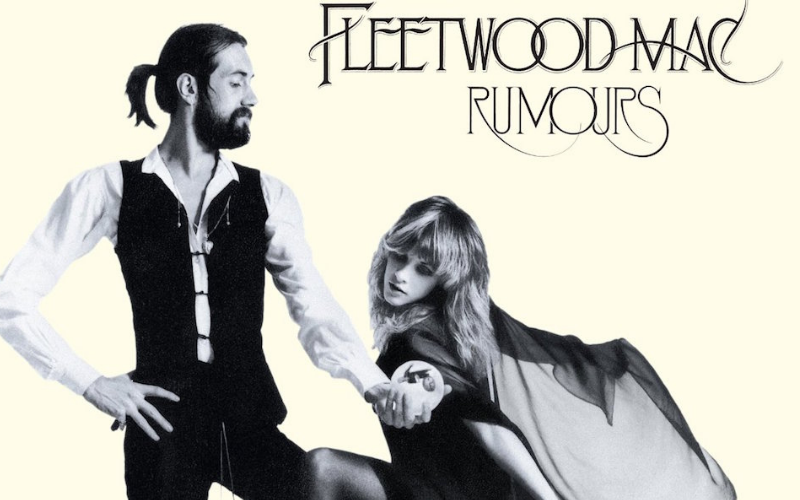 This might not be a pick you were expecting on this list, but Shania Twain’s unique country music was hugely successful. By mixing influences of her origins in Country with Pop, she brought us a compy, exciting revamp of Country that appealed to wider audiences, like what Lil Nas X is doing today!

16 tracks can be found on the album such as “Man! I Feel Like a Woman” and “That Don’t Impress Me Much”. Still iconic songs today. Interestingly, the album didn’t see huge sales upon its release, but consistently remained popular over a long period of time. It did stay at the top of the Billboard Country Music charts for 50 weeks and has firmly stated its claim as the most successful country album ever released. 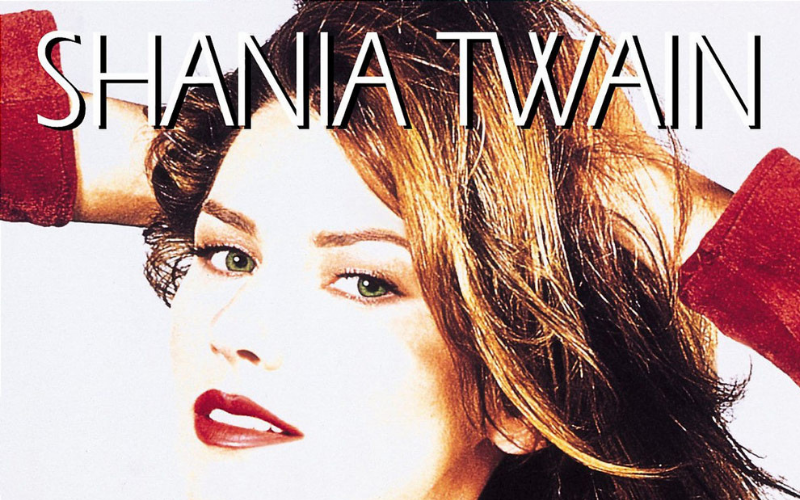 5 songs from this album dominated American radio in the 70s including the number-one singles “One of These Nights” and “Best of My Love”. Despite being known as one of the greatest albums in history, there was quite some controversy over its release.

The Eagles actually had no say or control over its release with founding member Don Henley stating how he believed the album was only meant to bring money to the recording company. However, with it being one of the most successful collections of music in history, Henley later retracted his statement.

Notably, it became the first-ever album to receive the RIAA platinum award, with shipping 1 million copies within America. 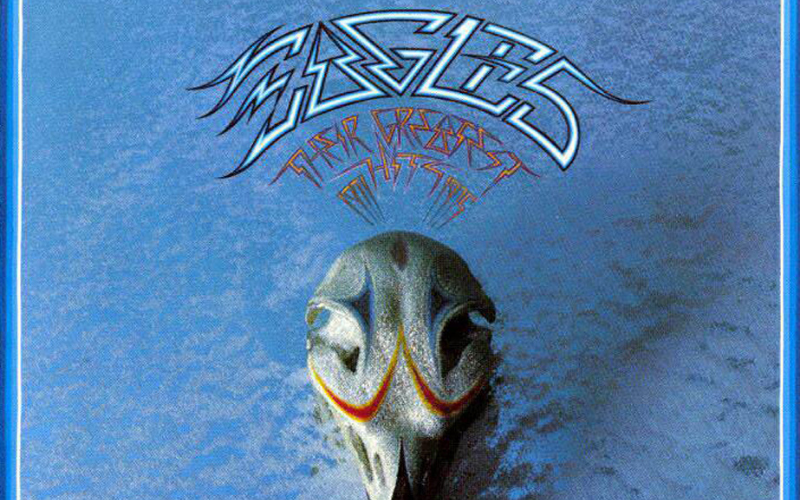 Firstly and foremost, this album cover is one of the most recognisable in the history of music. Even among younger generations, the famous prism spectrum image is recognisable. Their influence is also deniable as revolutionary musicians.

Being their 8th studio release, the songs mainly consist of recording from their live tours. New content was recorded at the one and only Abbey Road Studios in London.

The album took a darker turn reflecting the hardships the band members were facing. Syd Barrett was struggling severely with mental health and became a core inspiration for the album. If you want a visual representation of their lives containing psychedelic images that are equally beautiful and terrifying, you must watch Pink Floyd – The Wall.

The Dark Side of The Moon easily makes it into our top 10 best-selling albums of all time. It is the album that helped gain fame for the group holding a spot on the US Billboard Top TPs &nTape chart for a total of 958 weeks! 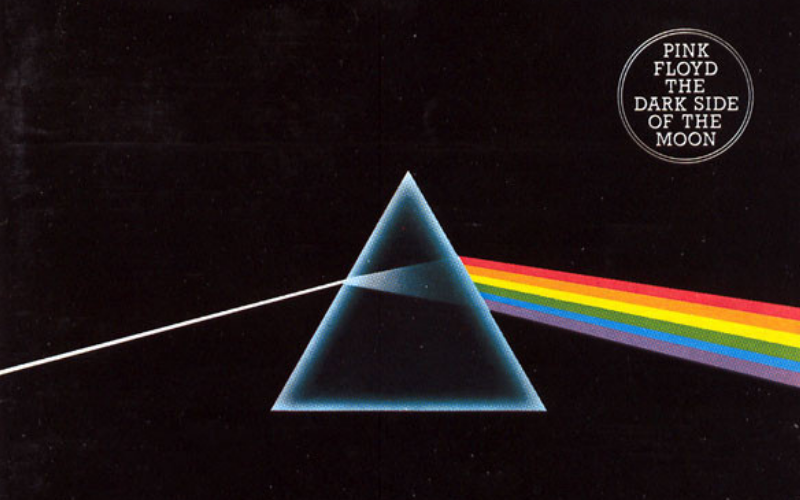 This became the first-ever album to have officially sold more than a million units within a single week! Of course, the music for the album came from the film of the same name directed by Whitney Houston and Clive Davis.

Overall, the album is the 15th best-selling album in the US and also won the Grammy Award for Album of the Year. At the time, it gained many achievements that set new records for the music industry. It broke the record for most sales in a week twice, most weeks at number one and the most non-consecutive chart-topping weeks on the Billboard 200 charts until Adele’s “21”.

The original opening song was supposed to be “What Becomes of the Broken Hearted” but instead went with “I Will Always Love You”, originally released by Dolly Parton. 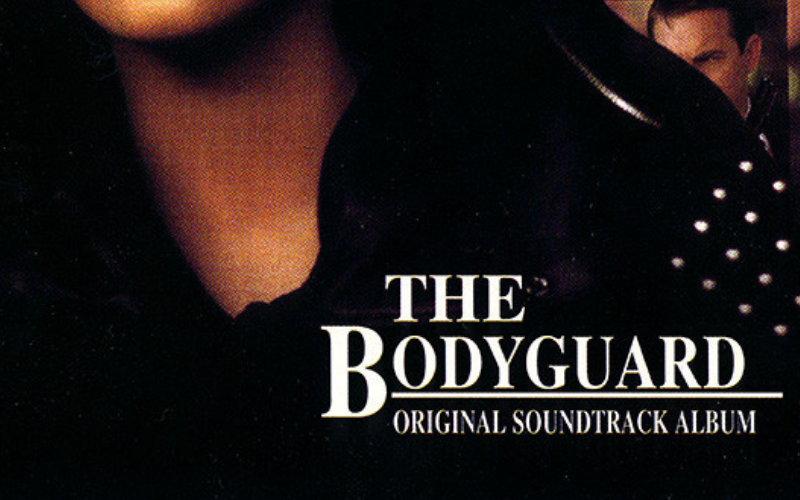 Back in Black was the seventh album release from the Australian group AC/DC, becoming one of the best-selling studio albums of all time. It was also the first of their album to feature lead singer Brian Johnson after the death of Bon Scott. The all-black album cover was a sign of mourning of his tragic death.

Selling over 50 million copies, it became the second best-selling album in history, making it top out of the best-selling rock albums of all time.

Despite containing all the topics typical of heavy metal, it received a positive critical response upon its release. It did come under scrutiny for its abrupt view on sex and tones of sexism but overall was widely celebrated.

This album has also become known as a benchmark for heavy metal. It helped to redefine the genre that was losing its grip on the mainstream. 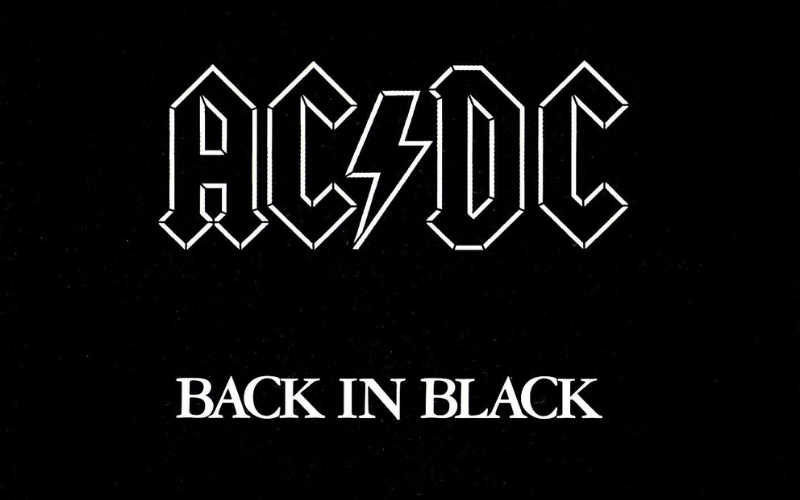 SO, what is the best-selling album of all time? You probably guessed it already, but the Thriller album firmly takes this spot.

Released by Epic Records and produced by Quincy Jones, this album took the Billboard’s number one chart spot for 37 weeks, additionally with every single on the album making it into the Billboard’s Top 100 top 10 spots. Even just by the end of 1983, the album had sold 32 million copies, making it the best-selling album of all time.

Deservingly, the album received numerous awards including 8 Grammy Awards as well as 8 American Music Awards! It has also been recognised by the Library Of Congress as culturally, historically or aesthetically significant as well as being credited for breaking down the racial barrier in America at the time. It was also the first of Jackson’s albums to feature another artist with non-other than Elton John!

Despite its success, the album actually has a darker undertone. Thriller foreshadows the unfortunate events that followed Micheal Jackson’s life after this album, being full of paranoia and a much more cynical approach.

This was also a big shift in style for Micheal Jackson, combining pop, post-disco, rock, funk and soul influences. Still, it is widely recognised as a pop song making it the best-selling pop album of all time on top of all its other world-beating titles. 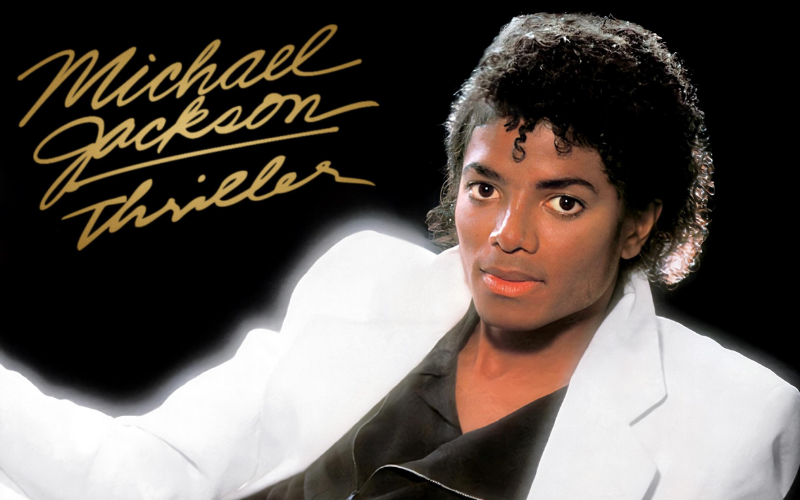 That Was Our Review Of The Best Selling Albums Of All Time!

Do you agree with our pick for who has the best-selling album of all time? The numbers are undeniable, Thriller has seen the most commercial success out of any album ever released. Still, it’s important to remember this list is based on the numbers of worldwide sales, not on actual revenue or impact the albums had on culture despite the 3 being somewhat intertwined.

We’ve taken a look at some of the most celebrated albums in history including a number of genres. Whatever your preference in music, you can’t deny that these albums will forever be known as some of the best in music.

Releasing Music: Everything You Need To Know About Timing

Work From Home Jobs For Music Professionals: Your Guide