Home >> Advice >> Can You Learn to Sing or Are You Born With it? | Is Being a Good Singer Genetic?

Can You Learn to Sing or Are You Born With it? | Is Being a Good Singer Genetic?

Musicians are often described as talented or gifted, but is the ability to sing a talent or a gift? Are we born being able to sing or can we learn to sing? Singing is a very complex ability and its origin may not be as simple as a matter of nature vs nurture.

Genetics undeniably play a role in singing. Your physiology affects the timbre of your voice and some singers are born with vocal apparatus that naturally makes their voice sound good. But there are many factors aside from genetics that create a good singer.

Don’t lose hope if singing isn’t in your genes; becoming a singer is a multifaceted process and there isn’t just one way to become a good musician. Genetics play a role in your voice, but they aren’t the be–all or end–all of becoming a singer. Singing is a skill that can be learnt, too.

Can you learn to sing or is it natural? 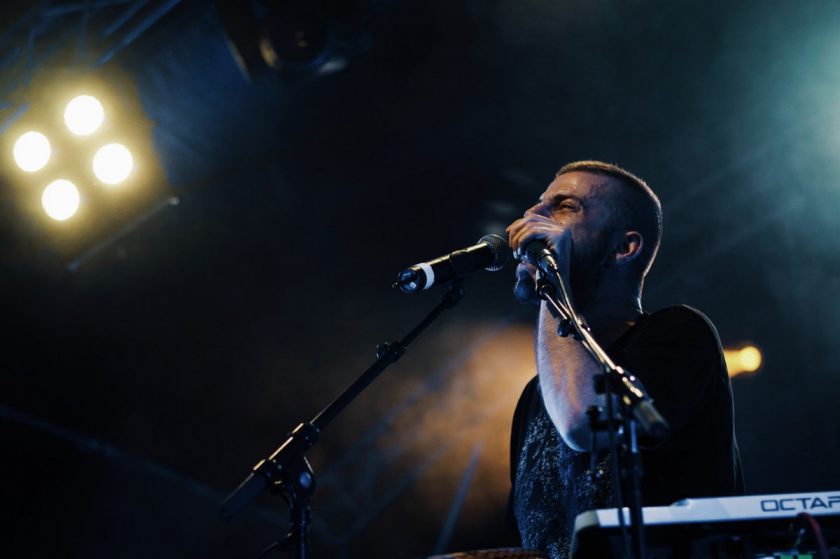 The ability to sing isn’t necessarily something you’re born with. You can be born with the right genetics and physiological features that put you at a better vocal disposition to become a singer, but that doesn’t mean singing is innate. You have to learn how to use this vocal apparatus to be able to sing.

Singing is partly innate, and partly a learnt skill. You can be born with vocal tracts that are physiologically sized and shaped to give your voice a more pleasing sound, naturally pathing the way to becoming a singer. But controlling and configuring your vocal muscles in order to sing well is a learnt skill.

Singing can come more naturally to some, but having a good voice isn’t something that’s determined from the moment you’re born. Singing is something that can be learnt, taught, and developed.

Is singing genetic or can you learn to sing?

Even today, studies are still ongoing into whether musical ability is genetic or learned. There’s no conclusive answer about whether singing is something we’re physically built for or a skill we train ourselves to do. But scientists suggest that it’s likely to be a mixture of both.

Genetics play a large role in your singing ability. The size and shape of your vocal folds, skull, nasal cavities and facial structure can all influence your tone and how your voice sounds. Singing is also thought to be genetic because gender can affect your voice; differences in the size of the larynx means men have deeper voices while women have higher, breathier tones.

The natural timbre of your voice is determined by genetics, but you can learn how to train and develop your voice. Pitch, range, tune, and confidence are all aspects of singing that can be learnt and developed.

What makes a good singer scientifically?

Singers come in all shapes and sizes; there’s no generic prototype for being a musician. But science does play a role in singing. Your biological makeup, genetics, and physiology can all contribute to the quality of your voice. Scientifically, a good singer will be made up of:

Is the ability to sing hereditary? 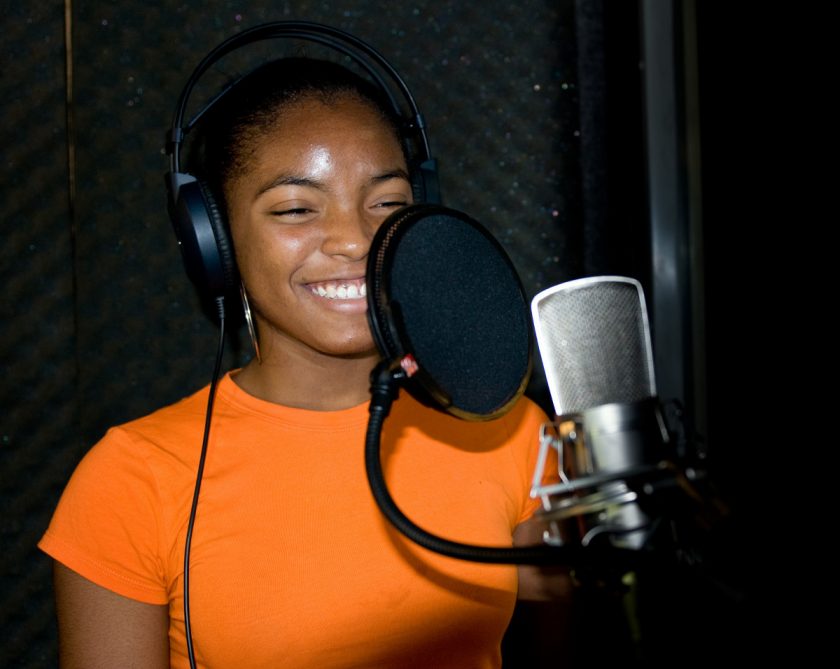 Music seems to run in families. The Jonas Brothers, The Jackson 5, and Oasis are all family bands formed by brothers who share musical talent.

In an interview with The Guardian, researcher Sean Hutchins suggests that our families do play a role in our musical ability. But it’s not necessarily down to the genes we inherit from them, but the environment we grew up in.

Hutchins states: “There’s really good evidence that if your mother exposes you to music pre-birth, these children are taking in these musical experiences and using them to subconsciously guide their ability to produce music later in life.” Musical talent can be passed from mother to child, but it doesn’t mean your relatives had to be great singers themselves.

Can anyone learn to sing or is it a gift?

When watching singing contestants on talent shows, it’s hard to believe that everyone has the ability to sing. Some people just appear to be tone–deaf. The expression gets thrown around a lot, but 2% of the population actually have the condition and it prevents them from carrying a tune.

According to Hutchin’s research survey, up to 35% of people who can’t sing owe their struggle to not being able to match their pitch to that of backing music or other vocalists. This term for this is being imitative deficit: the brain can perceive and process music, but it doesn’t know the right vocal cord muscles to replicate the sound.

This means that everyone may be born with the biological features to sing, but some people struggle to control their vocal cords and produce pitch – resulting in what is deemed a “bad voice”. According to studies, around 10 – 20% of the population can’t sing.

Don’t despair if singing doesn’t run in your family and doesn’t seem to be in your genes. If you’re devoted and hardworking, you can still be a good singer. Like with a lot of sports and skills, it just requires practice and patience. These are all singing elements that you can learn and will really bring on your voice:

Is vibrato natural or learned?

To an extent, everyone – even non-singers – has a natural vibrato in their voice. Vibrato describes the pulsating, rapidly changing pitch in your voice while you sing. Although some people may find it easier than others, everyone can naturally cause pitch fluctuation in their voices to some degree.

To sing vibrato well, you have to have an open throat and relaxed voice. These are things you can learn to do and singing vibrato can be learnt with time and practice.

Learning vibrato requires good posture, singing from the diaphragm, and good breath control. Vibrato is a skill that is developed, rather than taught. As you get older and your voice matures, you will naturally develop a vibrato. Listen out for the fastpitch oscillation in your voice when your practice, and focus on developing it.

Is singing a skill or talent?

Singing can be both a natural talent and a skill. Some people are born with a tone that is naturally pleasing, but a good singing voice can be learnt. The best singers are those who devote the most amount of time and hard work to their passion.

Singing is like playing sports; anyone can improve their technique with more practice. Vocal coach Alice Wong suggests that every singer’s ability is split in two; they possess varying degrees of skill as well as elements of talent. She states that every singer has: “a scale of Talents (which we’re born with), and a scale of Skills (which we learn after).”

Wong believes that talent doesn’t triumph skill; it’s how you train and develop your voice that counts. She explains: “For those who are born with very beautiful voices and can sing in tune, I would assess their talent scale as high. Yet if they never train their voices with a good voice coach, they may not have the necessary skills to sing without strain. Or add vibrato at the end of a long phrasing, or build dynamics in their songs. Overall, this lack of skills may make them average singers.”

What makes a person able to sing?

Your ability to sing is affected by various factors – both internal and external. These include:

Perfect pitch isn’t just about being able to hit all the high notes; it’s not actually about performing at all. Absolute pitch is the super sharp ability to identify music notes without hearing any comparison or reference tones.

Perfect pitch is a rare talent, with less than 5 people in every 10,000 possessing the ability. It’s thought that nature, nurture and environmental factors all play a role in perfect pitch. As the ability tends to run in families, it’s thought there may be a genetic element involved.

Psychological professor Diana Deutsch points to physiology as the cause of perfect pitch. From her research study, she concludes: “perfect pitch is associated with an unusually large memory span for speech sounds.”

A large percentage of those with absolute pitch are musicians who started vocal training before the age of 6, meaning nurture and growing up in a musical environment can also help develop the skill.

If you’re able to speak, then you’ll be able to sing. Improving your voice may take time and practice but you can improve your singing voice. Even if you don’t have a great voice to start with.

The best place to start is to improve your ear for music. Listen to different singers and styles and learn music theory. Immersing yourself in music will help train your ear to recognise different pitches; which in turn will help your own singing.

You can have perfectly good hearing and be tone–deaf. Tone-deafness is the inability to distinguish between pitch and tell notes apart. Only around 5% of the population suffer from amusia (which is the clinical diagnosis of tone–deafness). There are lots of tests you can take online to determine whether you struggle with pitch perception.

What do you think? Can just about anyone learn to sing? Let us know your thoughts in the comments below!

When I decided to be a singer; I couldn’t sing yet. I began learning songs/vocal techniques that were easier. I built a repertoire of techniques over time and went from there, but I had been studying music since I was 5, also my father was a performing musician (though I hardly knew him). The rest of my vocal accomplishments came from honest self criticism.

There are 2 major ways to learn how to sing. The first is very common, while the other is growing in popularity as more people become aware of it. The first way is the traditional one: taking singing lessons from a teacher. The second way is to use the power of the internet and take online singing lessons. Each of these methods has pros and cons. Let’s see what they are.

How to Sing When Going Through Puberty

How to Promote Your Music on Spotify Using Facebook

How to Write a Country Song

How to Use CD Baby | Distribution for Musicians