Home >> Advice >> Comments on Singing Performances | How to Compliment a Singer

Comments on Singing Performances | How to Compliment a Singer

Over the years we have seen thousands of talented singers pass through our auditions. In that time, our judges have delivered many comments on some superb singing performances so they know how to compliment a good singer. They have come up with some of the most useful appreciation quotes for singers you will ever hear, with valued and constructive feedback every time.

If you want to compliment a singer, it’s better to say more than amazing, beautiful or superb. You should really comment on what makes them unique and even give constructive feedback if you can. Also, comment on how they perform as well as how they sing.

It is hard to describe a talented singer but judges seem to know how to get it right. For example, below you can see some feedback and comments on singing performances that our judges made at the Open Mic UK or TeenStar Grand Finals.

How to compliment a singers voice 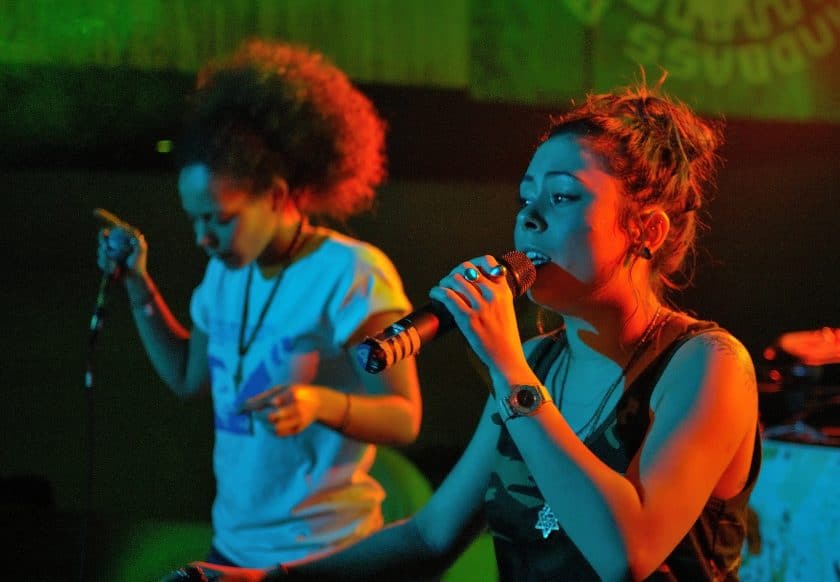 If a singer has a naturally beautiful sounding voice then this means they have a nice tone. This is one of the nicest ways to compliment a singer because it is often something that can’t be trained as easily as something like technique or performance. If you want to comment on their beautiful voice and tone, think about how you would describe it. Is their voice smooth or husky? Is it soft or strong?

“Great musicianship, you play with confidence and vocally you have a really good tone.”

“Vocally you have a great tone and really good control on the high notes, a great overall performance.”

“Vocally you have a booming voice and bags of character in your tone.” 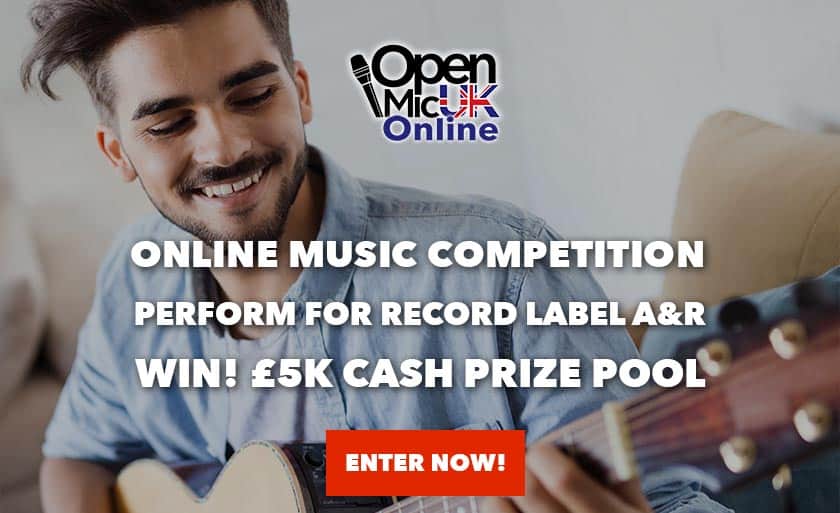 Some singers know how to control all of their notes. Good singers can perform incredible vocal acrobatics because of their technique. It takes a lot of hard work and practice to build up a good technique so comment on how much effort they’ve put into it.

“Great power and control are all there!”

“You have a lovely tone to your voice and had great control throughout.”

“All three of you have great vocals, with good control and projection.”

Microphone Technique for Singers: How to Sing Better With a Mic

Mic technique and holding a mic is often overlooked as one of the skills you need to become a successful singer and performer. However, the way you use the microphone can affect your performance in many ways. In this article, Julie Miles of Vocal Ovation covers some of the most essential microphone techniques for singers:... Read more »

Some singers can really belt out there notes. This can impress judges, as long as it isn’t constant yelling. Using contrasting quiet dynamics and demonstrating control is the best way to show off your power as a vocalist.

“Lots of potential with superb power.”

“A big wall of sound from these guys! All three of you have immense vocals!”

“You picked a tough song and we loved that you held the notes, sustaining them with great power, tone and control.”

Good ways to compliment a singer 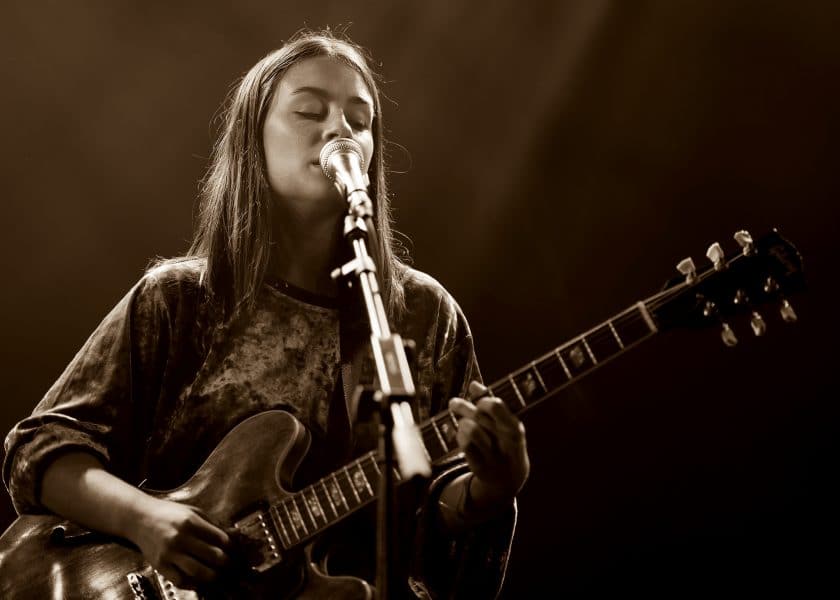 Let’s face it, some singers aren’t that good. However, they still end up on big stages and even on the radio. This is because they know how to perform and can work an audience. If you’re dealing with someone with a lot of confidence then let them know that they’re a good performer.

“Perform as much as you can as you have bags of potential.”

“Good connection on stage between performers.”

“You stand out as an individual performer.”

“Such emotion and connection to the song.”

“Great passion and talent throughout. You convey emotion well.”

“You conveyed the emotion within the lyrics well.”

How To Sing With Emotion | 11 Ways Singers Add Feeling & Expression

Learning how to sing with emotion is just as important for singers as vocal technique in the success of any performance. It will stir the feelings of your audience and inspire an emotional response to the song. Emotional singing requires more than expression, you have to engage the audience with your eyes and use expressive... Read more »

Delivery is about how your technique expresses the story of the song and it’s almost a combination of all the above. The way you hit the notes, the amount of power and the tone you use all help deliver the song. Using emotion is good but it needs to be appropriate for the context of the song.

“You have lots of character to your vocal which really assists in delivering the story of the song.”

“Your delivery is fantastic which really separates you and makes you stand out from your peers.”

“You had a sultry delivery and a real strong commitment to the song and performance throughout.” 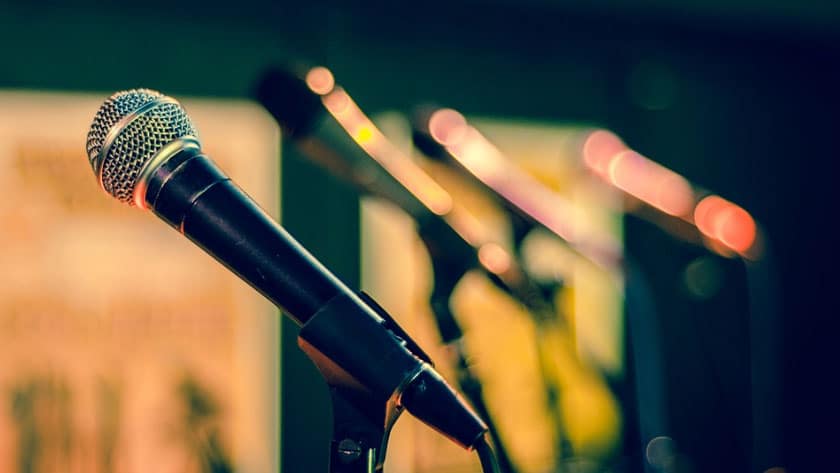 You should try and give compliments but also include tips for improvement. It’s important to be constructive because this means you aren’t just focusing on the negatives. You have to comment on their strengths and how they can turn their weaknesses into strengths.

“Eye contact and connection with the audience could be improved so try to be more animated in the eyes.”

“You just need to perform more with your body and really commit to the performance.”

“You are looking down too much and need to look up more to help you express the emotion in the song to engage more with the audience.”

“Try to vary it more and give us more dynamics to the performance.”

“Really committed to the performance but remember to keep control even when you are pushing that little bit more.”

“You would benefit from filming yourself performing and working on your expressions and performance.”

“You probably need to look to work on developing your projection to be able to really climb into the song.”

Performing frequently and submitting your tracks to music sites is great for exposure, but where are the places you should you be seen if you want to attract record labels and management interest? We talked to talent scout and music promoter, Chris Grayston, to get his take on some of the UK’s top music industry... Read more »

These comments were taken from the Open Mic UK Grand Final from our professional music industry judges.

Which of these appreciation quotes for singers or comments was your favourite and do you have any you’d like to add? What are the best singing voice compliments you have ever received? Let us know in the comments below!

When I’m complimenting someone’s singing it always comes down to feeling the soul behind it even if it’s not a “soulful” style. It’s obvious when someone songs from the heart. That is what makes someone stand out to me personally. Best, Joanna Panzera.

I also think when a person has a unique trait that is not “proper” according to vocalists with say a background in opera or something like that, and they really own it and play with it while singing… I LOVE THAT!!

Very Useful Post! After reading this article I understood how can I compliment a singer. Keep sharing such useful posts with us.

Very Useful Post! After reading this article I understood how can I compliment a singer. Keep sharing such useful posts with us.

Good Article! After reading this post I understood how can I complement a good singer. Keep sharing such useful posts with us.

Thanks for the awesome content, I would like to mention that It takes lots of practice to change your vocal tune and voice, but it’s worth it.

This is really helpful! I really enjoy reading your so much information in your post this was super helpful and I found this article useful

Excellent blog! Do you have any tips and hints for aspiring writers? I’m hoping to start my own site soon but I’m a little lost on everything.

Singing on beat seemed hectic to me at first. thanks to you, after making it sound very easy, i was able to easily create my very own beat and sing with it. articles like this are article that should be on the internet since it gives users exactly what they are looking for.

Thanks for such beautiful tips

This is the very first time i honestly submitted something, but it will not always be the last –
keep up the nice work.

Hi. I have a major problem with singing-it doesn’t sound like music at all and I am sure it is because of the rhythm. I am totally out of the beats. I make the rough rhythm of the song and everyone thinks that I am perfect in rhythm but I am not. I can post my song to hear. Any tips to improve?? I go to 15 different music teachers and drummers and no one even notices my timing problems-they said stupid things like I don’t put emotions and so on…

Some cool advice! I said that your voice is mesmerizing and moving. I felt your words go through me as your voice echoed the feelings the songwriter had meant for the listener to feel.

i cannot really sing but i love listening to music, and love watching people sing even more. most of my friends and family are in our church choir and my sister is even auditioning for a local singing contest, this should tell you that i leave around music. i always love getting access to all the latest music by top artist and also access to all the musical concert that is close to and is within my city. This content is no doubt very engaging. I am going to bookmark your blog and keep checking it weekly to read more… Read more »

Great Next time I’ll understand how to complement a singer.

‘Your voice is honest and pure’

We came across a cool site that you just may well love. Take a search for those who want.

This is really helpful! I really enjoy reading your so much information in your post this was super helpful and I found this article useful music.

Although sites we backlink to below are considerably not related to ours, we feel they are truly really worth a go by, so possess a look.

Thanks for sharing this information .

What should I comment on someone singing? – The Millennial Mirror

Robert Duran Song Covers
Reply to  What should I comment on someone singing? – The Millennial Mirror

[…] Comments on Singing Performances | How to Compliment a Singer […]