Croydon and its surrounding towns contain many famous venues, the area also plays host to open mics featuring various musical genres. Head down to one of these venues, fill the stage with your sound, and become known in the local music scene. Croydon’s open mic nights are a great opportunity for all tastes.

Looking for an open mic night near Croydon (or the rest of South London)? In no particular order, these venues attract the best of the surrounding towns’ breakthrough musical talent. 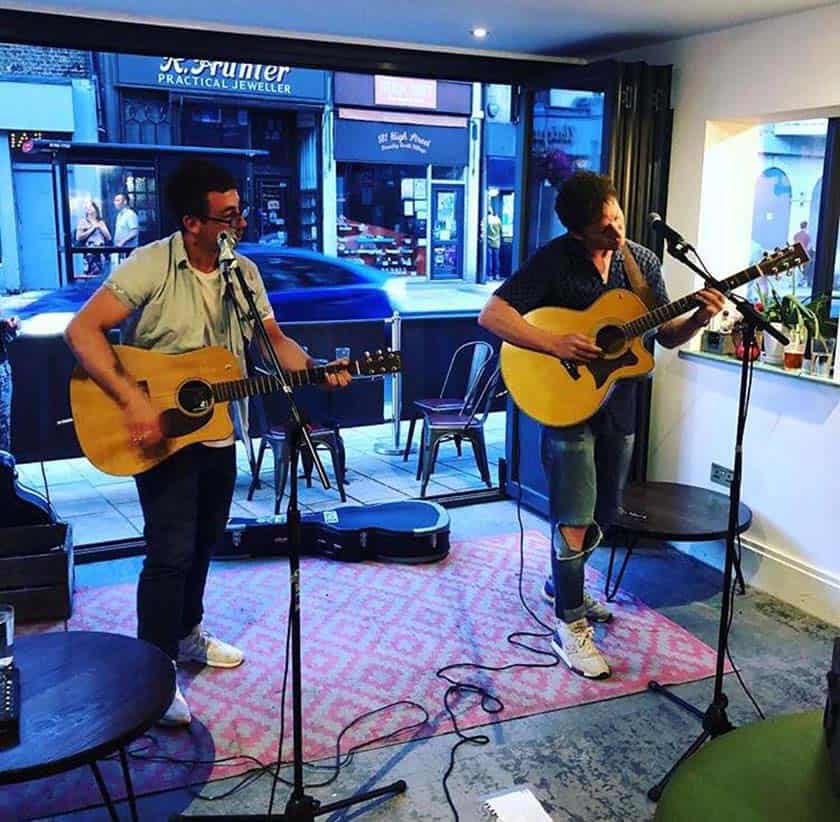 Run by the renowned ‘WeLikeOpenMics’ group, this is a fantastic night to start our list with.

Situated at The Barrel and Horn just outside of Croydon, this open mic welcomes musicians and singers of all backgrounds. All sorts of genres have been known to feature here, including folk, pop, musical theatre, rock and instrumental to name just a few.

Sign up at the bar to guarantee yourself a slot. Sing a minimum of 2 songs, or play for 10 minutes and receive a free beer or soft drink. 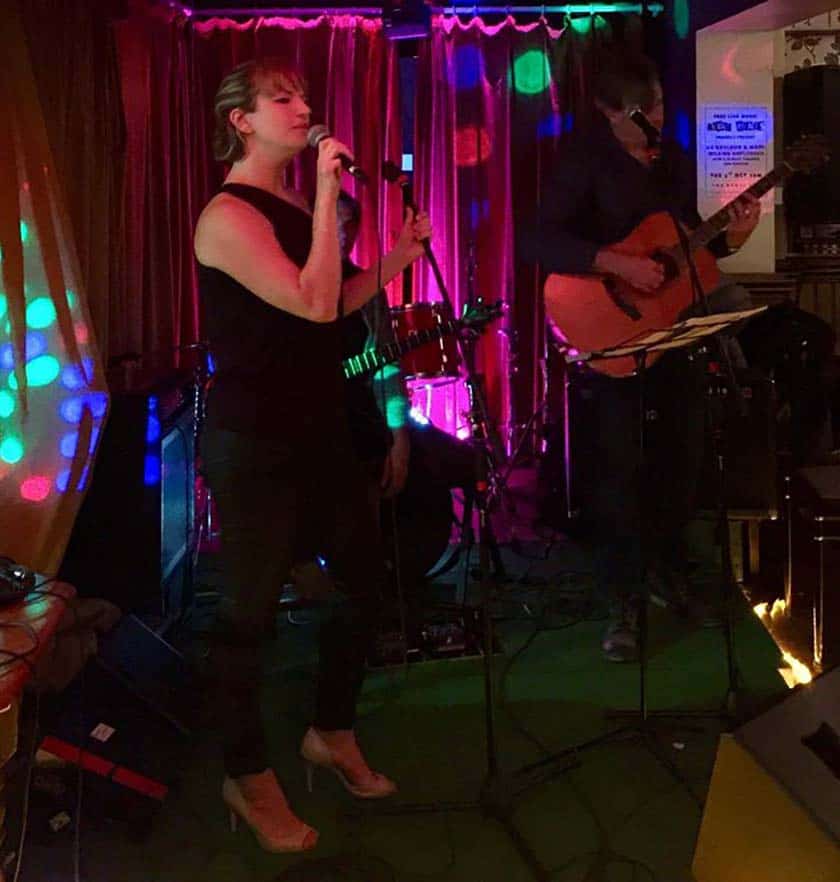 Calling all musically gifted people! The open mic night at The Rebel Inn just outside of Croydon has become the place to be on a Thursday night.

Of course, they always encourage and welcome new talent and faces to the stage as well as regulars. If you are a budding musician or singer, come on down and show them what you’re made of.

Novice or not, The Rebel Inn welcomes people all ages and abilities to step up to the mic. They kick off the night at 8:30pm. Just come on down and write your name down on their sign up list. They also have a full p.a, drum kit, keyboard, bass and electro-acoustic guitar that you can use if needed. 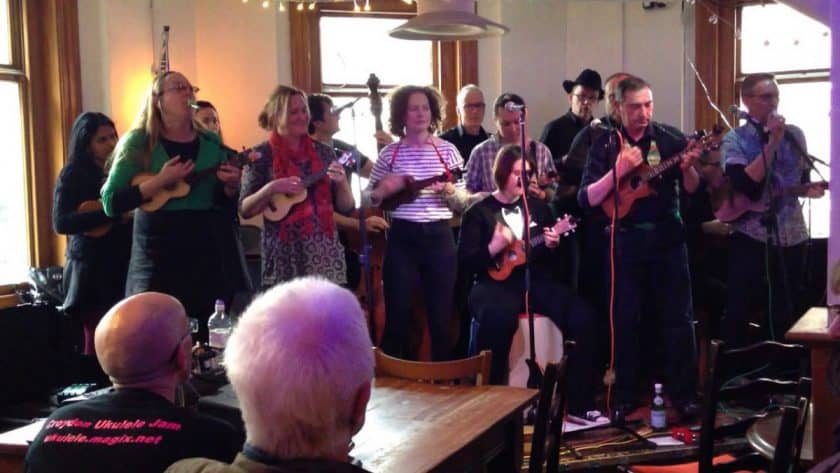 The free ukulele jam at The Green Dragon is a fantastic jam night for all those who play ukulele and sing.

Usually held on the 1st and 3rd Sundays of each month, the sessions are very informal. They choose songs from their songbook and everyone just plays and sings along as a group.

You’ll see a range of talent, from complete novices to seasoned players. They guarantee that everyone will be able to play along to something within just a few minutes.

Located in the upstairs bar, just turn up on the night to take part in the jam night.

Open Mic near me 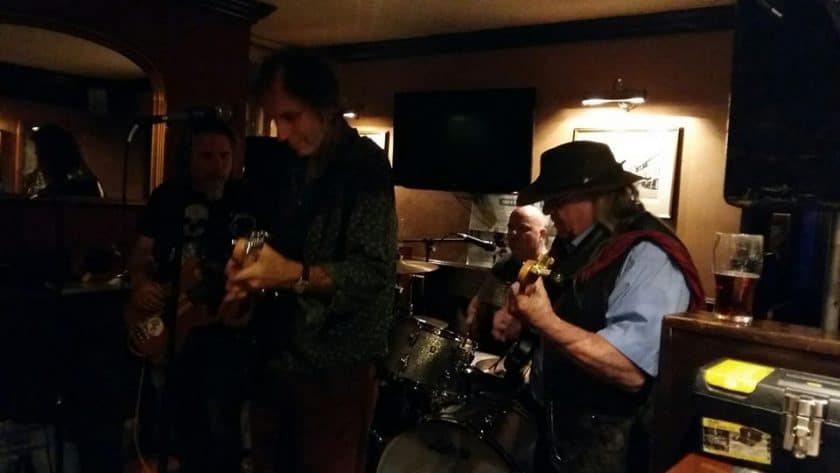 Its popularity with the local music scene ensures that The Coach and Horses, just outside of Croydon, can always deliver a lively atmosphere. All sorts of musical genres have been featured here, even bagpipes have been known to appear here.

The intimacy of the bar makes it easy to socialise with your fellow musicians and music lovers, so it’s a great location for those who enjoy a fresh lively setting.

Anyone who takes to the stage can be certain of an animated crowd to support them. Everyone is welcome here. Sign up at the bar on the night to secure your performance slot. 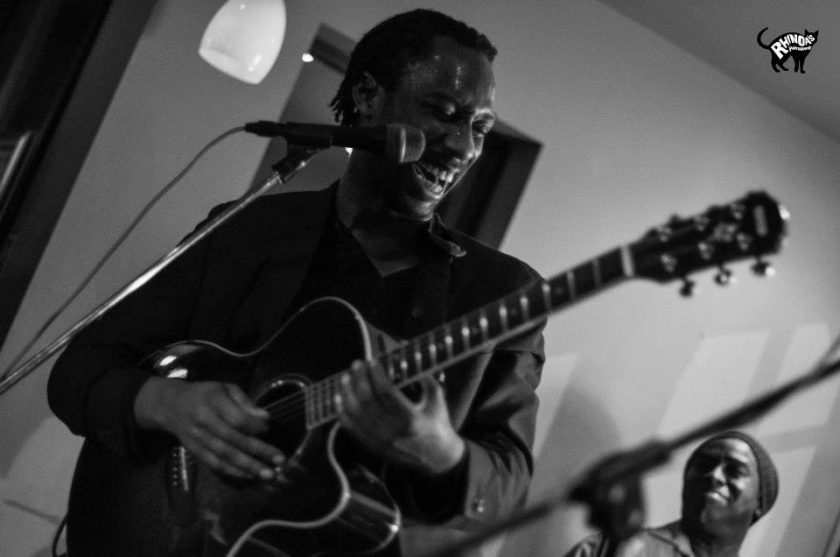 Come on down to the all-new open mic at The Rose and Crown, Wallington, just outside of Croydon.

Hosted by Joe Head, play your songs live, perform poems to bongos, sing along to the Cajon or choose a song from the lyrics folder to perform.

Joe has a house band; they are all talented musicians who are more than happy to jam a song with you if you’re looking to sing a popular cover.

A full p.a with mics is provided. Just bring your voice or instrument along, plug in and play. 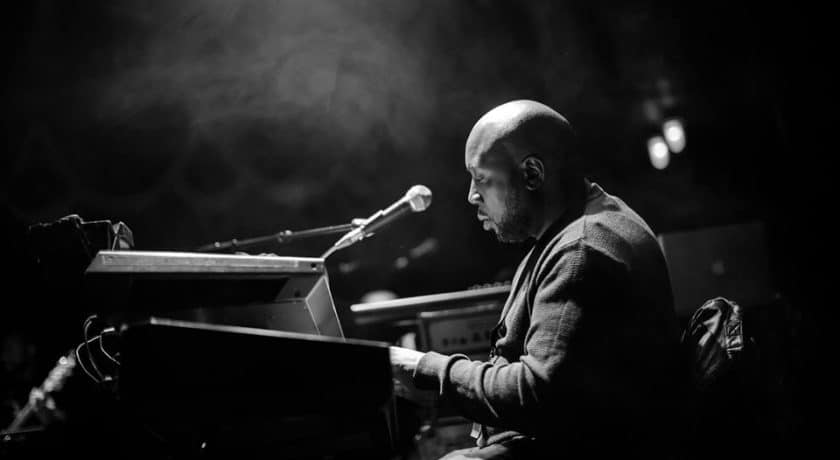 This fantastic modern venue is an asset to Croydon’s music scene. The open mic held each month (on a Thursday) is a great live music night on our list to consider.

Dedicated to R&B music, this open mic is fantastic for all those singers and rappers out there.

Typical genres that are accepted include Hip hop, rap, grime, freestyle, contemporary, and many others.

Keep up to date with their Facebook page to see when the next one is happening.

The Green Dragon is another fantastic pub. Situated in the centre of Croydon, with a cosy, community atmosphere where everyone is welcome. The monthly Green Dragon session is hosted by local music lovers who are happy to support your music when you perform.

A backline system is provided, and you’re recommended to bring along your instruments.

This is the perfect session to meet like-minded musicians and practice collaborating with other singers. It’s an incredibly welcoming open mic session that will make you feel like one of the family. 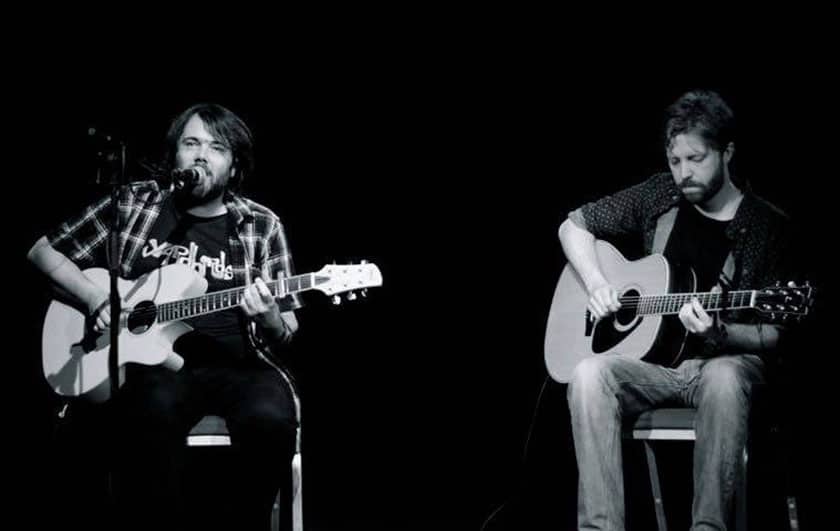 This venue is perhaps best known for its great community atmosphere. The open mic known as ‘Oval Tunes’ is a great night of live music in Croydon every second Thursday.

Their open mic events draw experienced artists and fresh talent alike to perform. You can sign-up for a slot on the night from 7:30pm.

A p.a system is provided and you are welcome to bring along your instruments too. This session is often community-focused with many performances being singalongs that anyone can join in and play or perform to. 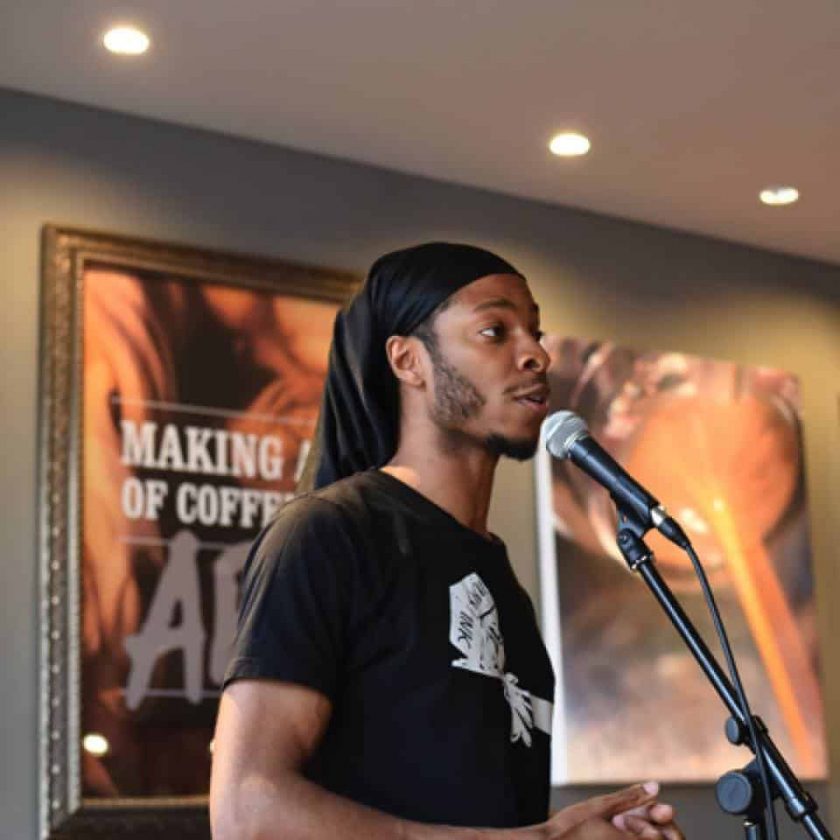 Boxpark Croydon’s monthly open mic jam is not one to miss. Hugely popular with the locals, now’s your chance to make your impression on Croydon’s music scene.

Playing our usual blend of jazz, funk, R&B, neo-soul, and blues, their open mic night will be sure to bring the house down.

This open mic is free entry, and it welcomes everyone. Bring your instrumental or vocal talents and come down this month for a jam. Doors open at 7:30pm, music starts at 8pm. 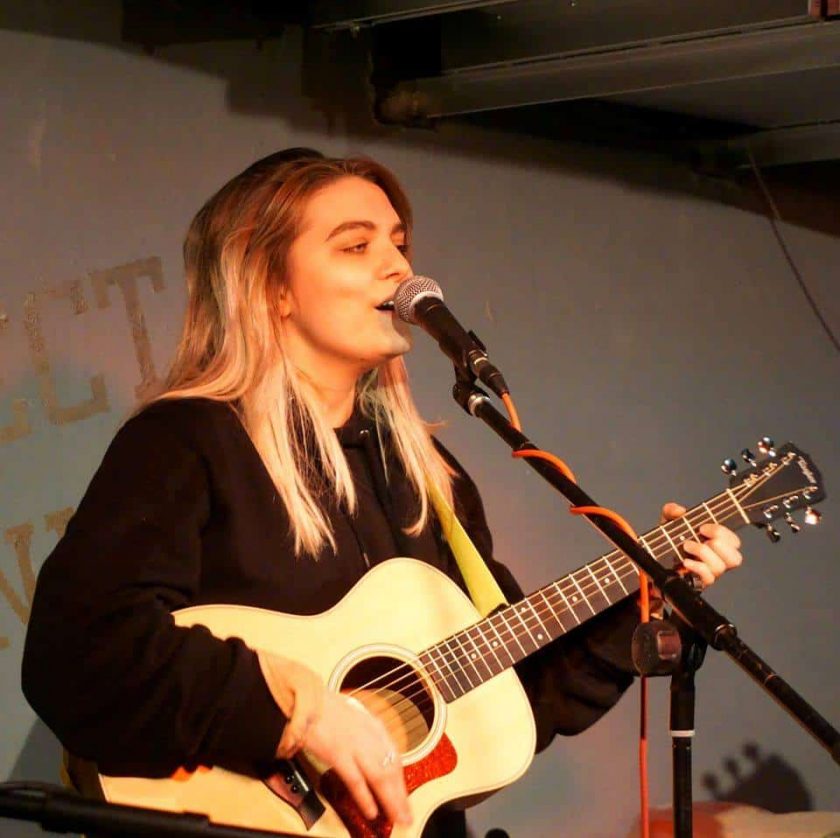 Project B is a lively bar that hosts a variety of live music events including open mic nights. Their open mic on the first Thursday of the month, known as ‘Rayvolution’s Open Mic’ is a great live music night for the younger crowd.

The equipment provided on this open mic night includes a professional p.a system, mics, and backline. If you’d like to bring your instruments, you’re more than welcome.

Each performer gets a short slot to perform whatever songs they would prefer, you are welcome to sing covers or originals. If you make a good impression, the venue might even want to book you in for a full gig, so make sure that you sing to impress. 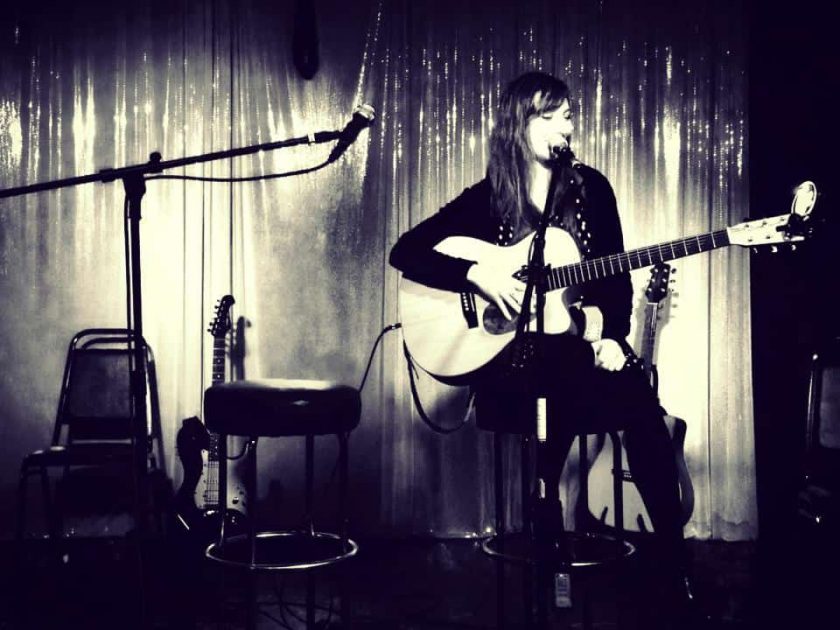 Bar 201, formerly known as Greater than Gatsby, is a late-night bar and event venue that attracts a younger crowd and has a lively atmosphere, perfect for live music.

The monthly open mic night, known as ‘Vibes N Flo’ is brilliant for discovering the latest and greatest local talent.

This recently launched open mic night welcomes singers, rappers, poets and spoken word artists. A full p.a system is provided, so all you need to do is bring along your singing voice and songs.

This is a great open mic night for younger performers, so the audience is very lively whilst remaining friendly and supportive. 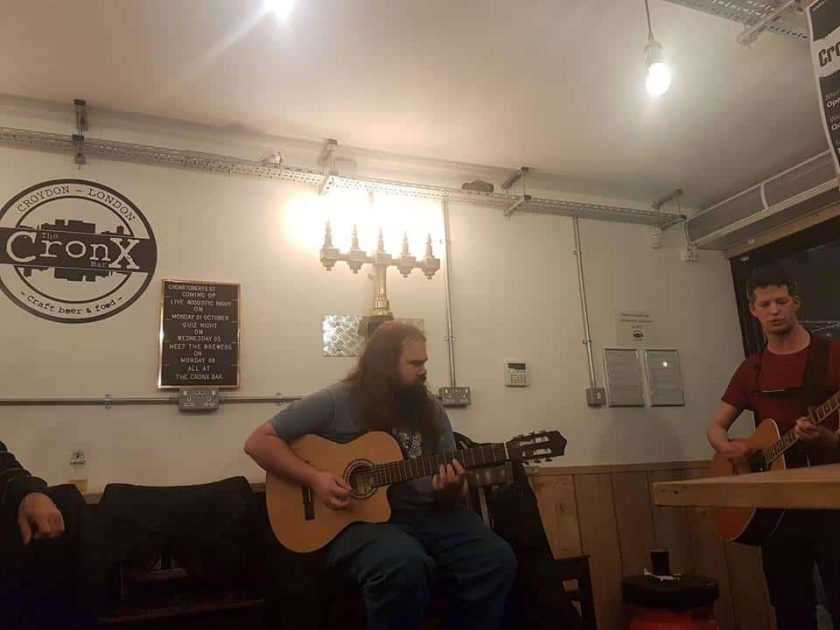 This fantastic pub offers live music events throughout the month, with the pub owners hosting a monthly open mic night themselves. They love live music and want to give local musicians the chance to perform live.

If you are interested in playing or know someone who is, get in touch through their Facebook page. It’s an open music platform in a chilled atmosphere with great beer.

Anyone is welcome, and any performer is entitled to a free Cronx beer. There’s everything you need to perform, including a p.a system and mics. 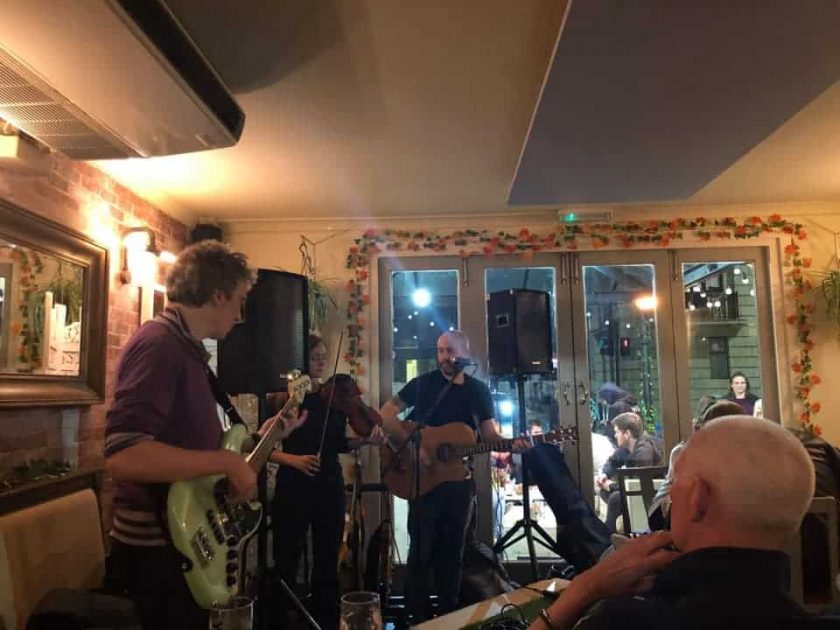 Run by Luc Lewis and Bobby Potter, head down to the Freedom Open Mic Jam for an exciting night of live performances just outside Croydon.

Whether you’re a musician, poet, spoken word artist or a comedian, they’ll give you a spot. The rules for this open mic are simple – be open-minded towards the other artists and care enough to stay for the others.

Come down to check out some of Croydon’s and Southfield’s finest talent. The night kicks off from 8pm until 10:30pm; they fill up fast so book a table ahead of time by contacting them through their website.

So now you know where to perform in and around Croydon there are no excuses for not getting out there and get performing!

Open mic nights near me in Croydon

From Croydon to Richmond upon Thames, there are many so many legendary venues hosting open mic and jam night in South London. Famous musicians from South London include Florence Welch (Camberwell), Stormzy (Croydon), David Bowie (Brixton) and many, many more! So, if you’re looking for places that support live music, there are plenty of fantastic... Read more »

East London’s open mic and jam scene is pretty impressive and there have been quite a few famous musicians that formed there. The local open mic music scene is fantastic with loads of live music and open mic nights to attend, from Hackney to Waltham Forest. In this article we include:   Barking and Dagenham Hackney... Read more »

There are so many fantastic music venues hosting well-loved open mic and jam nights in West London that it’s hard to narrow it down to just ten. Plenty of top musicians have started out in West London; Phil Collins hails from Chiswick, Estelle and Lily Allen were born in Hammersmith and Freddie Mercury studied graphic... Read more »

Have you considered entering Open Mic UK? Auditions are coming to London!