Derby Open Mic Nights – The Top 10 Best Nights Near Me

Derby is home to many open mic nights with an eclectic music scene too. If you’re looking to perform on a stage, open mic nights around Derby will provide the perfect opportunity for you to play some of your songs to a keen audience.

Looking for an open mic night in Derby or a surrounding town? In no particular order, these venues attract the best of Derby’s open mic nights.

#1 The Dog and Moon: Open Mic with Dorothy Ella 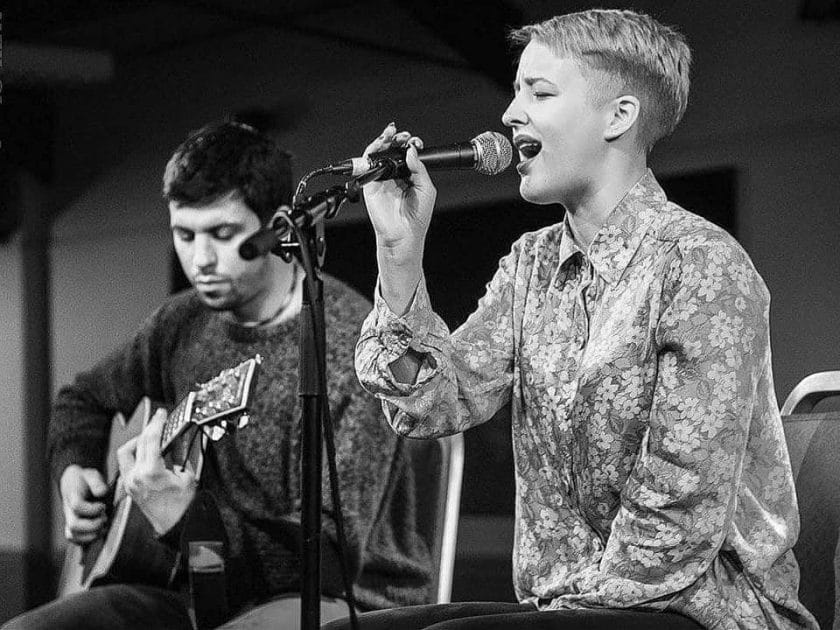 Hosted by Dorothy Ella, this open mic is a great night to start our list with. Situated in the heart of Derby is a brilliant mic to go to if you’re looking to explore the local music scene.

This one happens every Tuesday from 8pm, come down and enjoy the music, beer or play a set yourself.

Get there early if you want to guarantee yourself a walk-in slot. Alternatively message them on Facebook to reserve a slot. 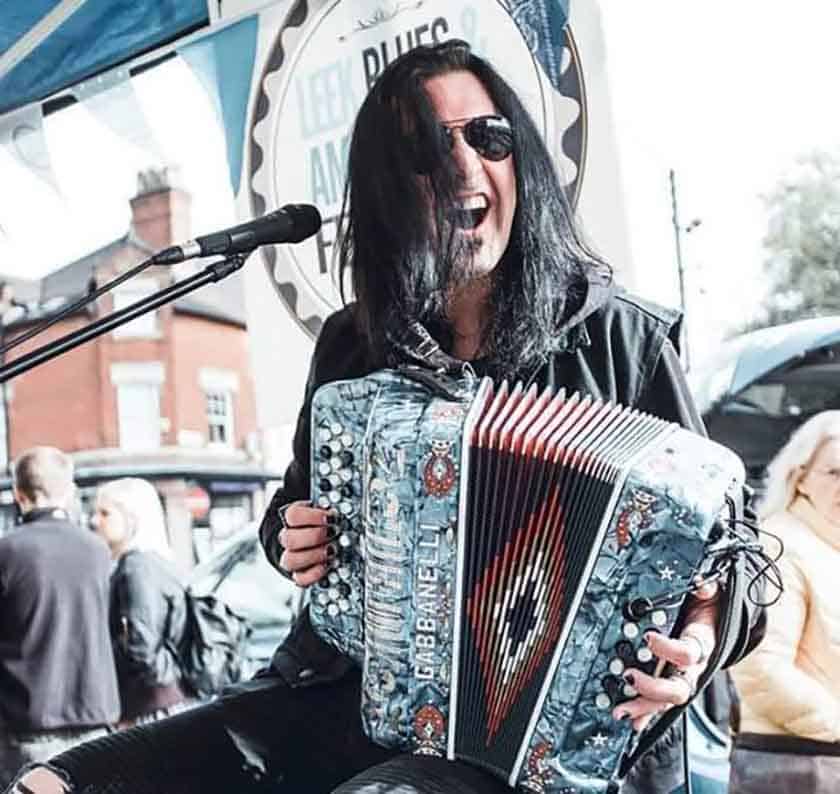 The second open mic on our list is The Spotted Cow; it’s a charming pub that runs an open mic every other Thursday.

Mel Cotton is your host for this open mic night. A full sound system is provided, so just bring your instrument, plug in and play.

Hot tip: It’s always a great idea to bring an acoustic instrument to any open mic to allow you to play something even if there’s no PA available.

The audience is always supportive of every performer at The Spotted Cow, no matter your ability or genre. A great open mic for any budding musician. 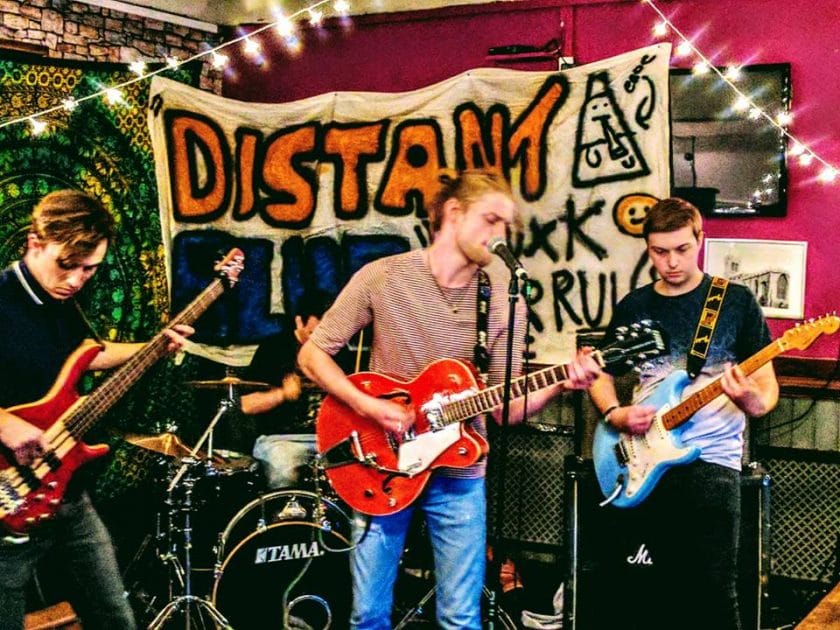 The next open mic on our list is the weekly open mic night at Ryan’s Bar, every Wednesday from 8pm.

Head down to this open mic and feel at home with all the other musicians keeping Derby’s music scene alive.

Popular with the younger musicians in the town, there’s a free drink on the line for acts, so make sure that you play the best set you can muster! 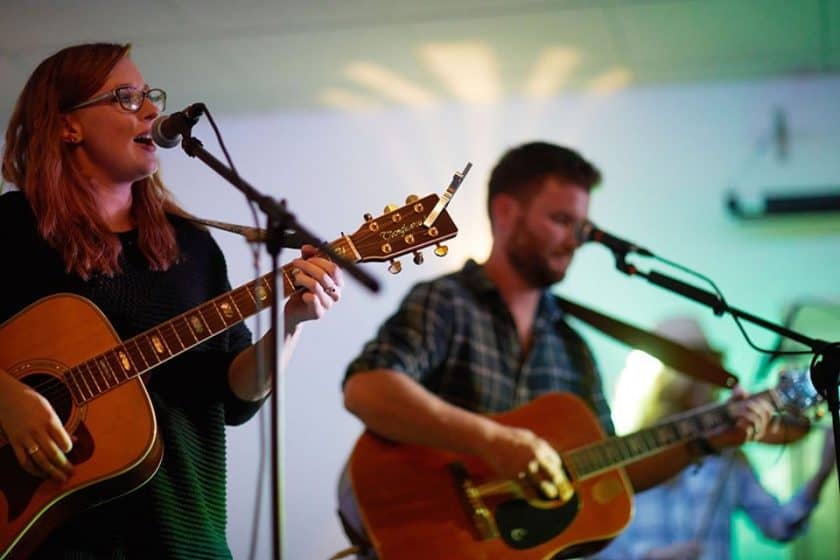 The Lion Hotel’s open mic night is a brilliant evening of live music in the town of Belper, just outside of Derby.

A welcoming atmosphere indeed, this open mic happens from 6:45pm every other Sunday. Enjoy playing 3 songs and earn yourself a free pizza – t’s a win-win!

Hosting 10-15+ musicians every week at this open mic night makes it very popular. Make sure to get down there early!

#5 The Dog and Moon: Sunday Sessions with Emma Buckley 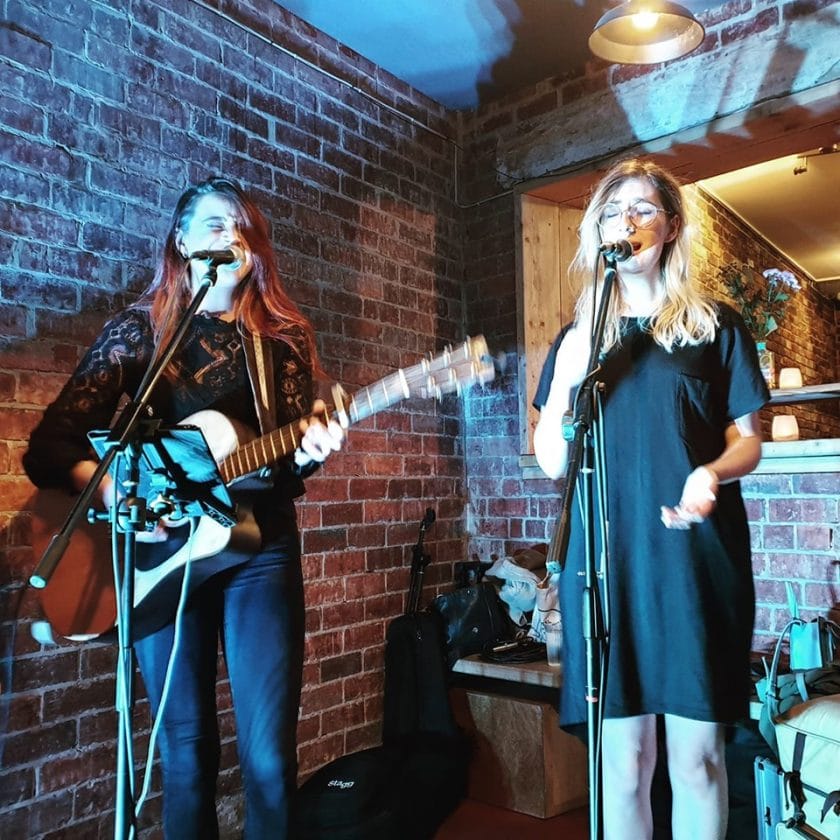 Hosted by Emma Buckley, this open mic is another great night at The Dog and Moon pub in the centre of Derby town.

This one happens every Sunday evening from 8pm. It’s very popular, so you may want to book in advance through their Facebook page or email address.

Backline provided. Walk-in slots are sometimes available if you turn up at the last minute and want to play a set.

#6 The Dog and Partridge: Open Mic 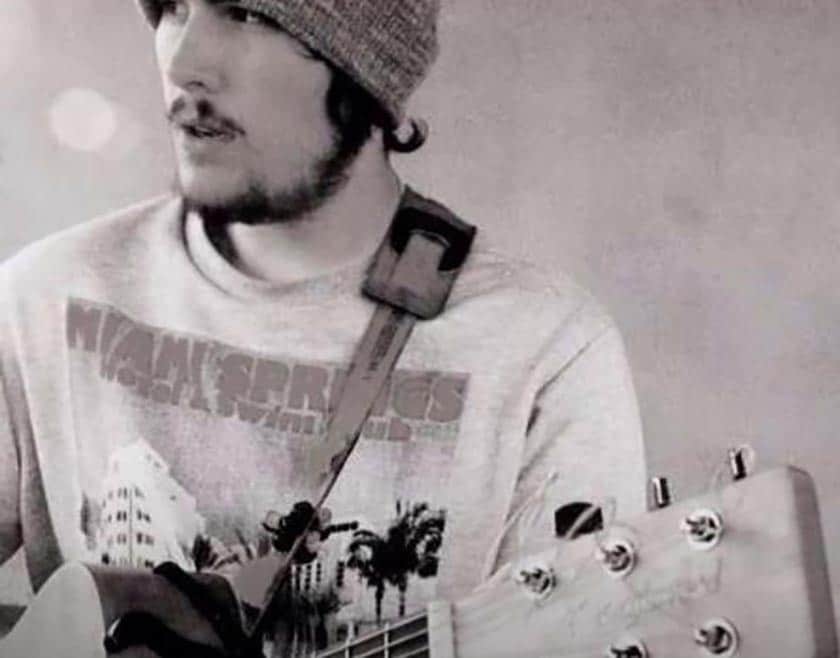 Entry to this open mic event is free, and The Dog and Partridge is the perfect venue for anyone who appreciates great food and live music.

This open mic happens on the second and last Tuesday of every month. Come and join in, or just listen to the brilliant music that the village of Marchington (just outside Derby) has to offer.

All styles welcome here. Often put on by Redwood music, this is guaranteed to be a supportive and fun night for anyone involved. 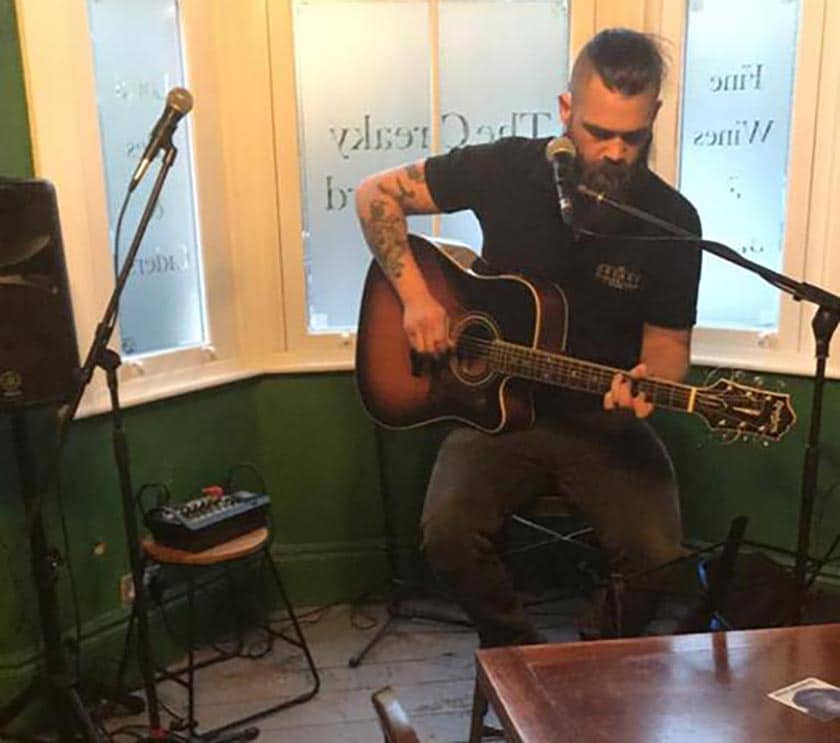 The open mic at The Creaky Floorboard is a great way to cheer yourselves up after a long Tuesday with some fantastic live music.

Their open mic events draw both experienced artists and fresh talent to perform. You can sign-up for a slot on the night from 7:30pm, then the music begins at 8pm.

With a free drink for all performers and free music for everyone else, going down to this one is a no-brainer. 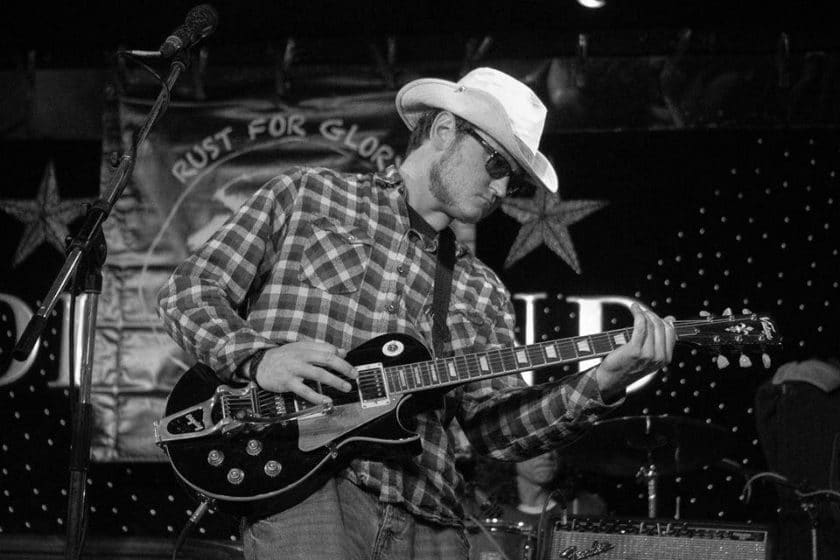 An energetic and upbeat open mic on the scene, with heaps of positive energy. This open mic is open to all musicians of every genre.

If you’re a performer, 3 songs mean 1 free drink and a live-streamed video. Sometimes they even have free food, normally in the form of Yorkshires, spuds, and gravy.

No bookings are necessary for this one – everyone’s welcome, from novice to professional. Whether you just fancy playing for fun, you’re honing your craft, or you’re playing for the first time, The Fishpond has room for you. 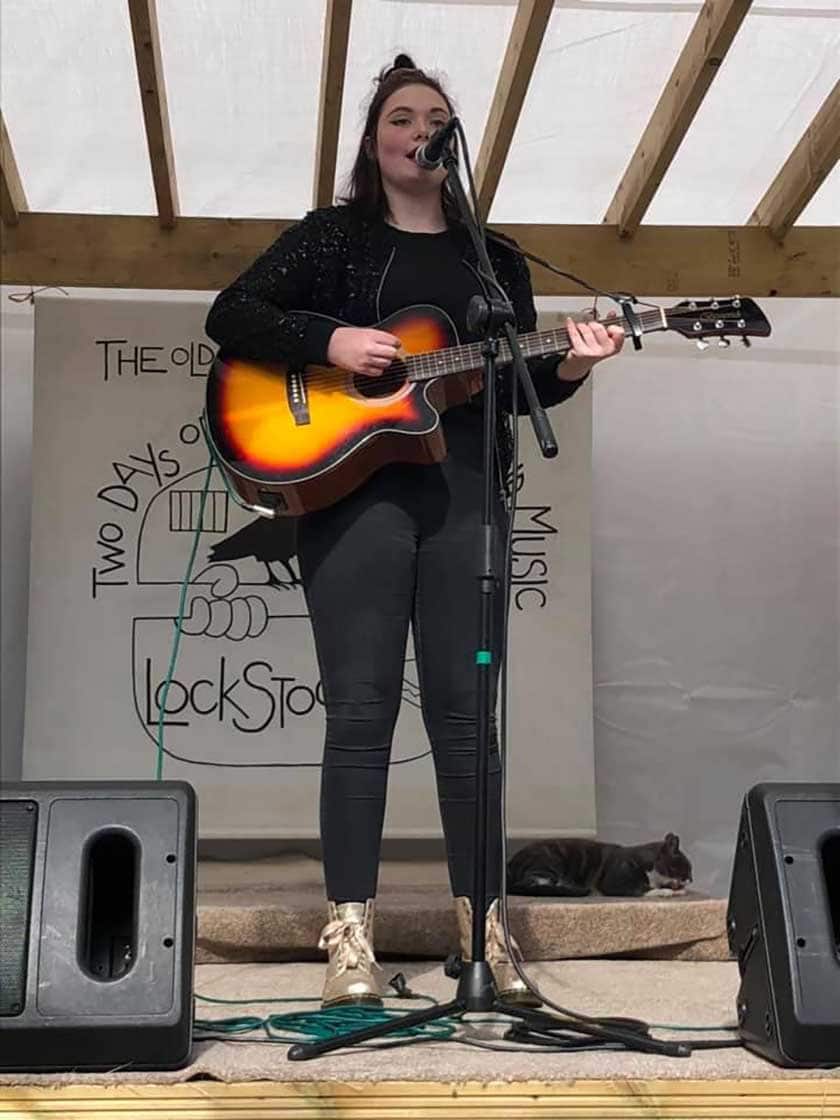 Calling budding musicians of all talents – join the open mic at The Bridge Inn for their open mic night at the start of every month.

Happening on the first Monday of the month, this friendly and welcoming pub will give you enough encouragement to step on stage and showcase your music to everyone.

No need to book in advance for this one – just pop down even if you just want to watch and listen to some great music. 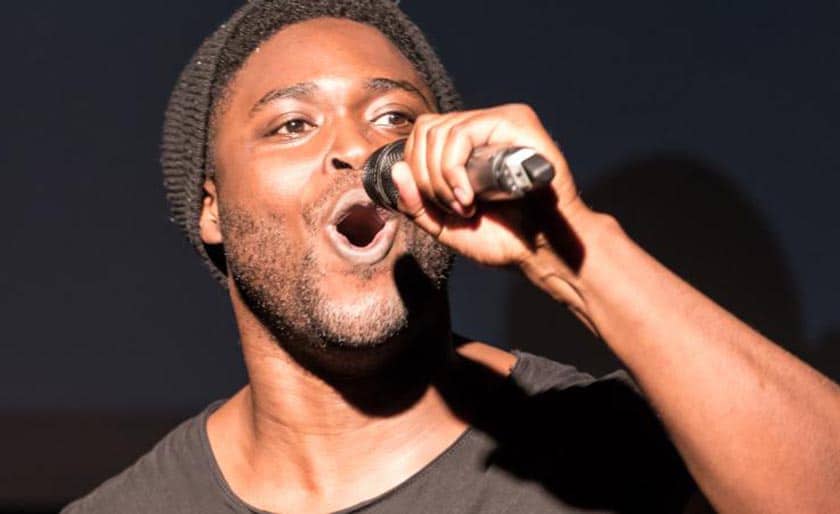 Their open mic nights are a great and empowering opportunity for performers of all genres to showcase a range of material amongst peers. It’s a supportive environment and has other artists and audience members who are intrigued to see and support new talent.

Previous work that has been showcased includes stand-up, music, spoken word, and magic.

If you want to showcase your work at Derby Theatre’s open mic, simply book your ticket and sign up with the host on the day. Alternatively, email in advance with your name, type of act and approximate running time. Showcase slots are for a max of 15 minutes each. 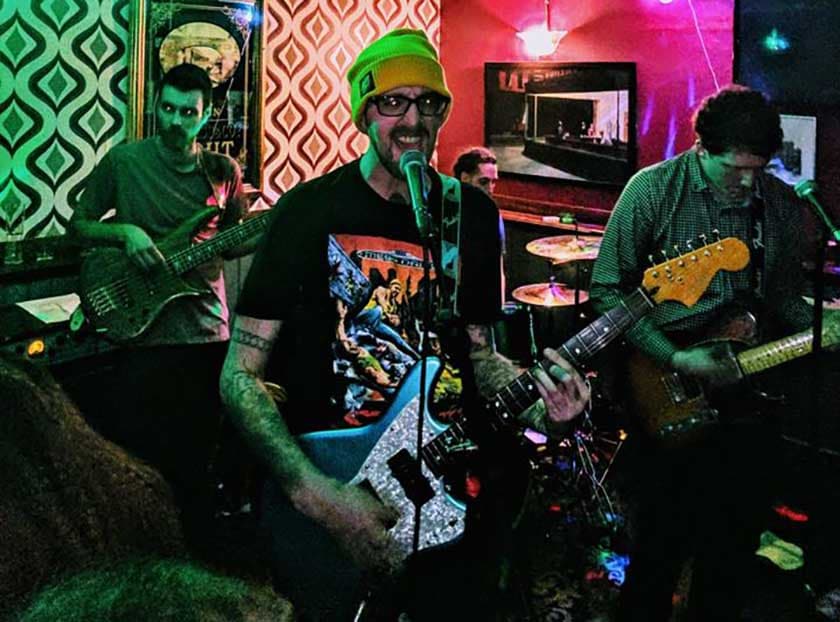 Bluesy Tuesday has been running 2 years now and it still maintains its friendly and welcoming atmosphere.

Folks normally bring their instruments to this one and the resident “guy with the white beard” brings loads of old blues sheet music so he can stick a load of lyrics to jams that go on.

Often people play whole songs, but it’s pretty unstructured and sometimes people take it in turns to start a 12 bar blues riff and see where it goes.

Typically there are 2 keyboards a bass player, three or more guitarists, a harmonica player or two and a couple of singers if you need a backing band.

People just filter in upstairs in the Feather Star for 8pm and they play for a couple of hours whilst enjoying some delicious ale.

There is an acoustic night upstairs on a Thursday night once a month too at the alehouse. 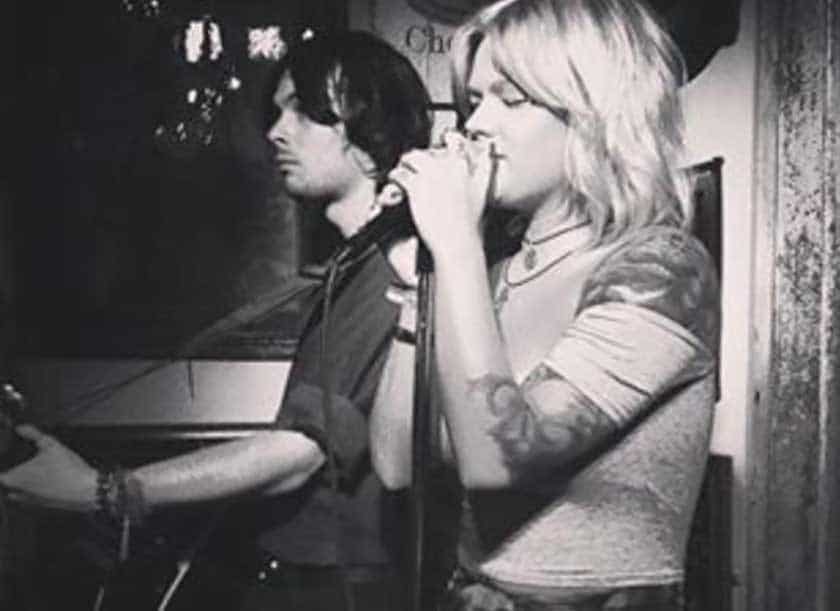 This brilliant pub offers live music events throughout the week as well as the open mic night on the first Thursday of every month.

Guest hosts are popular here – The Junkyard Angels have been running the night recently, and they’ll give you the support to step on stage.

Open to all, this venue has a full PA and backline, so all you need to do is bring your voice or instrument and show everyone your musical prowess. 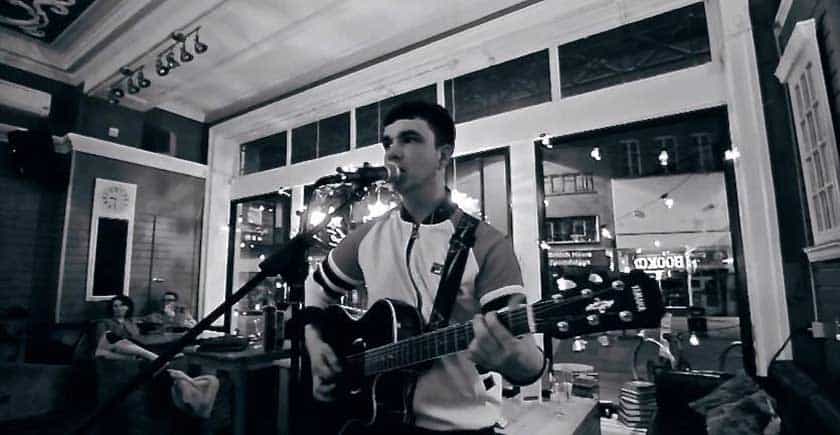 At a loose end on a Thursday night? If you are, Mel Cotton invites you to The Greyhound’s open mic.

Starting at 7:30pm, this cosy open mic has a free drink for all performers and an evening of brilliant live music for everyone else.

The host, Mel, also tries to help musicians get paid gigs around Derby. She works with other venues to do showcases, so make sure to find her and introduce yourself so that you don’t miss out. 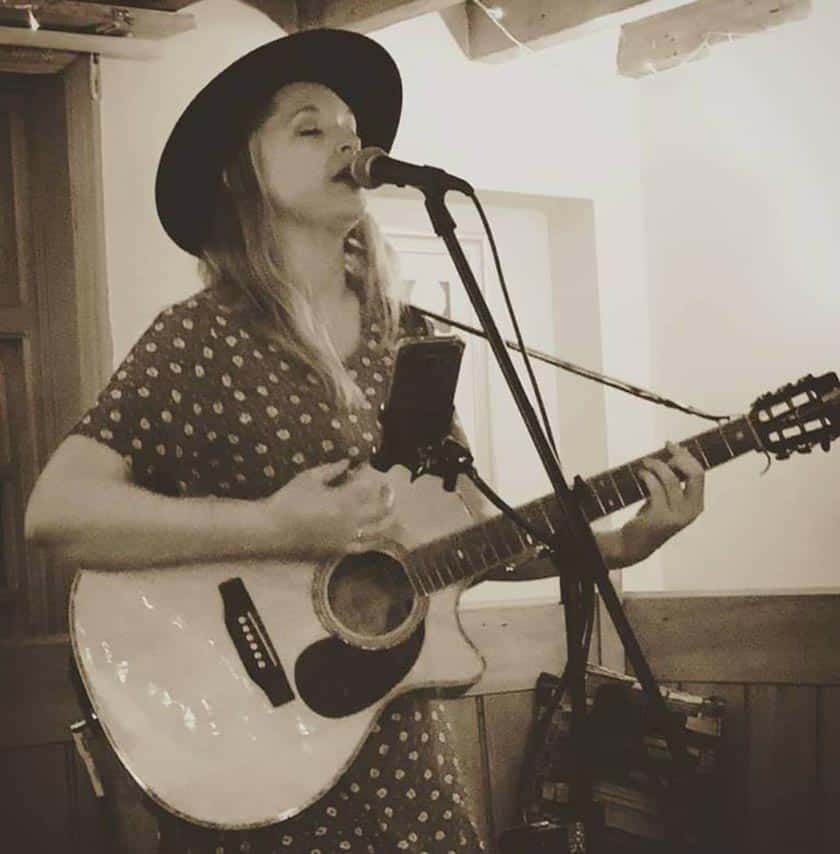 This chilled-out open mic night in town is a worthy mention to any music enthusiast from the midlands.

The New Zealand Arms is a popular destination with the student crowd, or anyone else looking for a way to enjoy a social atmosphere and quality music over a few drinks.

Slots for the open mic are available or the night, or can be secured in advance with a message to The New Zealand Arms’ Facebook page.

So now you know where to perform in and around Derby there are no excuses for not getting out there and get performing!

Open mic nights near me in Derby

Nottingham certainly has had its fair share of talented musicians born and raised in the city, from Depeche Mode’s Andy Fletcher to Deep Purple’s drummer Ian Paice. Thanks to these icons, the city has been music-obsessed ever since, with loads of live gigs and open mic nights for aspiring musicians to take advantage of. Best... Read more »

Stoke is a beautiful city in central England that has a surprisingly active music scene. If you are looking for live music or performing at open mic nights, there is so much on offer. If you’re looking for somewhere to practice your live performances, Stoke’s open mic nights are definitely the place to be. Best... Read more »

Leicester may not be considered to be a music capital, but some incredibly talented musicians were born and raised there. From alternative rock band Kasabian to the pop singer Engelbert, Leicester certainly has a rich musical history. So, if you’re looking to kick-start your music career and get some live performances under your belt, then... Read more »

Have you considered entering Open Mic UK? Auditions are coming to Derby!