If you smoke cannabis, you may wonder if it’s likely to have an impact on your vocals and future as an artist.  So does smoking marijuana have an affect on your singing voice? And will your voice improve if you quit smoking?

Doctors and scientists have revealed that smoking marijuana affects your singing voice. How much of an effect it’ll have will depend on your age, the frequency with which you use it and your overall vocal health.

We’ve previously covered recreational drugs and their impact on your voice, and in this article, we’ll take a more in-depth look at marijuana and find out how it interacts with your vocal cords, and whether it could hamper your chances of a career in music.

Everyone’s physiology is different. So what is true for one person may not be true for another. The impact on the human body – of any substance – will vary according to genetics, underlying conditions, overall health and lifestyle. But there are patterns as studied by medical professionals and musicians, that point to the effects of marijuana on the singing voice.

What’s the difference between cannabis and marijuana?

They are the same drug and comes from cannabis plants. Marijuana is also commonly known as ‘weed’ or ‘pot’. It’s a recreational drug, but many people use it for medicinal purposes too. It has been illegal to own, grow, distribute or sell it since 1928 and is a class B drug. But there are many campaigns for it to be legalised, particularly for those who find it helps with symptoms of a range of conditions.

It’s the most common drug found at music festivals but has caused its share of controversy ion the industry. Plenty of celebrities are open about their use of the drug, while for others, being caught smoking cannabis has caused problems:

Does smoking marijuana change your voice?

Dr Reena Gupta, a Los Angeles based laryngologist, has looked at the impact of smoking marijuana for singers. Through consultations and video stroboscopes, she can asses whether vocal problems have been caused in this way. She has found that while younger singers (up to their mid-twenties) may be able to accommodate the damage of marijuana to the voice, older singers struggle more, resulting in vocal fatigue, laryngitis, hoarseness and a raspiness.

Due to the number of vocal problems that can arise from smoking marijuana, there is a probability your singing voice will be affected.

We’ve all seen musicians who’ve gone in and out of rehab and struggled with substance dependencies. It can certainly bring a successful career to a halt, but just how does it affect the voice? We know they do have an impact but artists may not be aware of how much recreational drugs can affect singing.... Read more »

Marijuana and the singing voice

Every inhaled substance has the capacity to damage the voice. On this basis, many singers opt to ingest it by eating it. However, this does carry a higher risk of overdose than smoking. Those who continue to smoke marijuana can develop a pre-cancerous mass on the vocal cords and there is the risk that this can turn into cancer.

Any surgery that would be required carries significant risk to vocals and in turn your sound. The lining of the vocal folds can also be affected and this does hamper good vocal tone and vocal strength. Some singers notice a reduction in their range too. 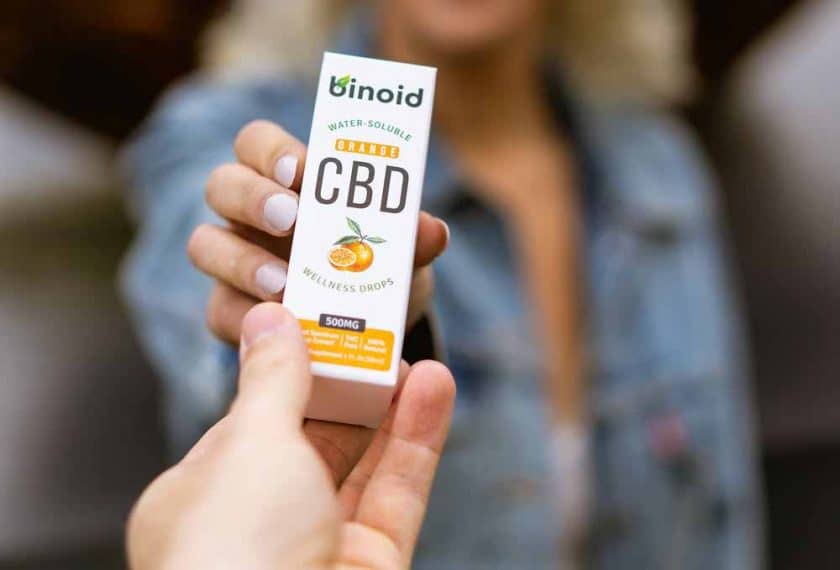 CBD oil comes from the cannabis plant, so is part of the marijuana family, but as it isn’t psychoactive, it doesn’t produce a high. It’s gaining popularity, especially among singers, who find it reduces inflammation, having a positive impact on the vocal cords. Rhianna and Barbra Streisand are two of the stars said to be fans of CBD oil. It also helps reduce the symptoms of anxiety for many people. CBD oil is legal and available to buy in stores across the UK.

When vaping, the marijuana is still inhaled, but as it isn’t burned there are fewer toxins released into your system than when smoking. As a result, there’s less likelihood of vocal damage. Studies on vaping marijuana have shown that those who have developed a pre-cancerous mass on the vocal cords, see that mass reduced when switching to a vaporiser, rather than smoking marijuana. But the mass will continue to grow or recur after surgery unless both vaping and smoking are ceased.

Vaping & Smoking | Bad for Singers? Does it Affect Singing Voice?

The dangers of smoking are widely understood. What about vaping? Vaping is considered a safer, less harmful alternative to traditional cigarettes and is growing more and more popular. However, is it good for a singer to vape or smoke?  Vaping and smoking will ruin your singing voice. Smoking and singing can permanently change how your voice sounds and cause... Read more »

A dab pen – also known as a wax pen, is very similar to a vape. However, the concentrate must be placed in a heating chamber, instead of using a cartridge. Some are stronger than others, providing a more concentrated effect, while others are more geared to flavour. In terms of singing, using a dab pen will have much the same effect as a vape.

How to keep throat healthy

Ultimately, if you want to keep your throat healthy, don’t smoke or vape at all. But if you do continue (and vaping will be better than smoking), you’ll have to take extra care of your voice. Here are some ways you can protect your vocals:

Another way you can do something to reduce the risk of damage is to coat your throat before smoking. There are throat coat teas on the market, or you can eat and drink things that have the same kind of coating effect – like honey.

The debate as to whether marijuana should be legalised will continue to play out. We’ve made you aware of the physical risks of smoking cannabis. But don’t forget there are practical ones too. Although prosecution rates are extremely low for domestic use, you should be aware that by doing it you are breaking the law. If you build up a fan base and reputation for yourself – particularly as any kind of role model to kids and teens – being caught smoking marijuana might also harm your reputation. In the end, the decision is of course entirely yours, but do be aware of any possible consequences.

Plenty of singers can and do smoke. But we definitely recommend you don’t. It’s becoming an increasingly anti-social habit with widespread indoor bans. It is also expensive, bad for your voice and had a negative impact on your fitness, stamina and overall health too.

It depends how serious the damage to your vocal cords has been. If mild (which should be the case if you haven’t been doing it for a very long time), then you should see a swift improvement in your lung capacity and breathing, followed by less inflammation to the vocal cords after around 6 months.

As with smoking cigarettes, if the damage hasn’t been significant, you should be able to see almost complete healing. This is more likely if you’ve been smoking marijuana, as the smoking frequency and regularity tends to be less.

Have you found that smoking marijuana has affected your singing voice? Do you have any tips for giving it up? Let us know in the comments below.

I have recently stopped smoking weed about 3 months ago, I used to smoke quite a lot of weed about an ounce a week sometimes more but since I have stopped I find it more difficult to project my voice. I think it’s more confidence related than anything else I don’t feel as comfortable anymore when I smoked I did not care what other people thought about my voice also felt more relaxed over all now it’s just not working for me I wish that it was legal to grow my own in the UK the whole reason I stopped… Read more »