Home >> Advice >> How to Use a Guitar Loop Pedal

How to Use a Guitar Loop Pedal

Loop pedals allow you to accompany yourself by recording your guitar and then playing it back. Using a guitar loop pedal in your performance can add layers, dynamics and lots of interest for the audience.

Loop pedals can offer performers endless possibilities for experimentation and are relatively simple to use. When used correctly, they can be very impressive, but there are also many dangers to using a guitar loop pedal.

So, what is a guitar loop pedal, how do you use it, and which is the best one to buy? Here we discuss the ways to perform with a looping pedal, show how it’s used in performances by Ed Sheeran, KT Tunstall and Coldplay, and finally list loop pedals to suit every budget. 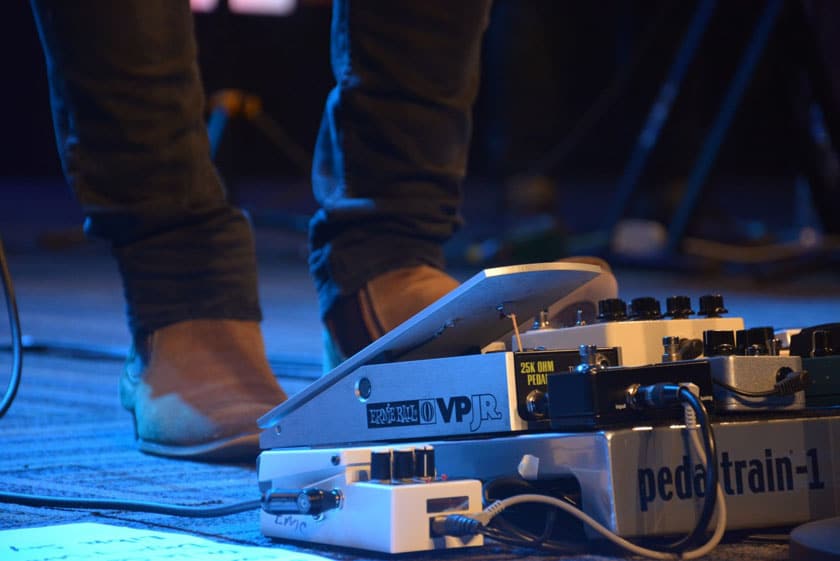 What is a guitar loop pedal?

Guitar loop pedals or “Loopers” allow a singer to record what they are playing and then, when they kick the pedal, the recording is instantly played back. This provides a backing track for the singer to record another line over.

Too many guitar players make the performance too complex. If you are taking too long to get the song built up in the first place you will lose your audience and they will become disengaged.

If you’re looking for an article on how to get better at playing guitar (whilst singing), check out this article:

Learning how to sing and play guitar is hard, even for the most experienced performers. Getting better at may seem challenging but it is very rewarding. You can sing and play guitar by practising your skills as a singer and guitarist. You should begin by working with both individually so you’re comfortable with the respective... Read more »

When was the loop pedal invented?

As early as 1953, musicians were toying with the idea of using music loops live. Les Paul demonstrated live looping on the television show ‘Omnibus’ for the first time that year.

By the early 1990s, when dedicated loop machines first went on sale, the term “live looping” hadn’t yet become a known phrase in the music world.

The first dedicated loop device was the Paradis LOOP Delay. The Paradis and other models didn’t have much memory, so artists had to develop fresh loops live in front of their audiences.

Who uses a loop pedal? 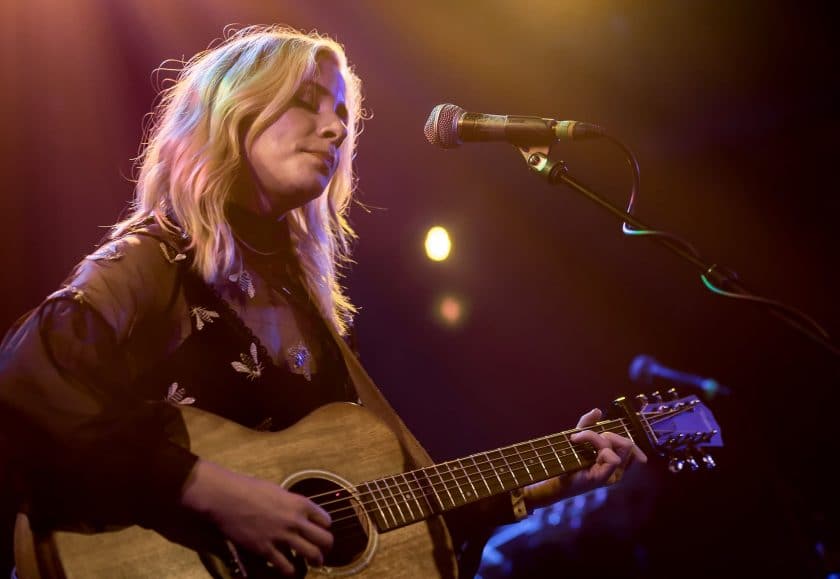 Nowadays, loop pedals tend to be used by solo acoustic artists. They’re great for a solo musician to fill out the texture for their songs without having additional people playing with them.

Loop pedals can also be used fairly discreetly in band settings. If you want to create additional parts that you can play with live, a loop pedal is a great option.

If you are considering using the guitar loop pedal for your performance, then you must ensure you have rehearsed and practised a lot. If you play a loop incorrectly it will be out of time for the duration you use that part and the performance will sound awful.

As always practice at Open Mic nights, film it, ask for feedback and analyse to make sure you are on point before going to a bigger stage.

Don’t forget to practice before you perform. Check out this article if you’re looking for some pre-performance exercises:

Before a guitar loop pedal performance, it is a good idea to get to know your guitar pedal. They can be very difficult pedals to grasp.

It is also wise to decide on how many individual loops you want for each track, so all your settings are ready beforehand.

Although the small box at your feet opens a lot of opportunities for improvisation during a performance, it is difficult to do so and even the pros rehearse the structure of their track heavily to make sure they get it right.

A guitar loop pedal performance is about building layers so if one is incorrect, it can throw the whole performance off.

The best uses for a guitar loop pedal 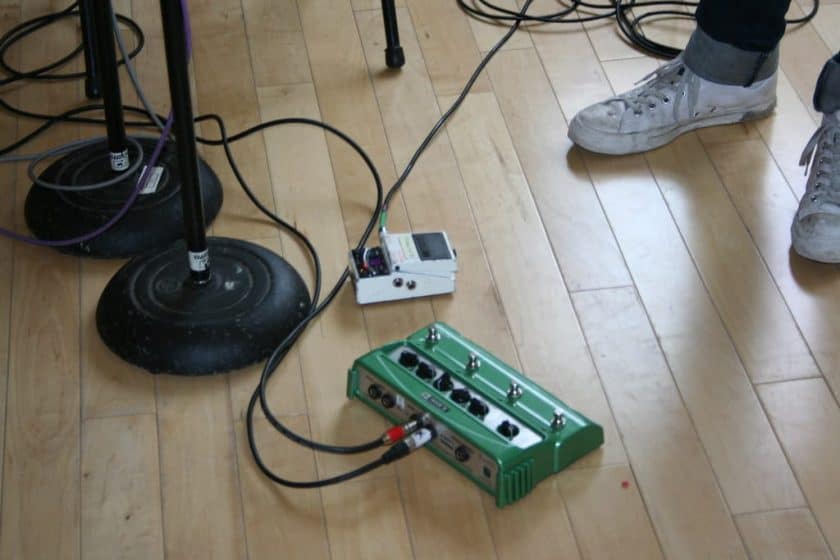 On the flip side guitar loop pedal performances done well can be very interesting to watch and listen to in a live setting if built up quickly and in an engaging manner. Other benefits include:

How to practice with a looper pedal

A loop pedal can help with your timing, creativity, and desire to play.

You can even loop just one chord playing a monotonous melody and keep overdubbing simple licks in the same key to make an intense, complex composition. You can get lost for hours like this with a looper. Within a couple of months doing this repeatedly, your skills will improve drastically.

The Importance of a Guitar Practice Schedule

What loop pedal does Ed Sheeran use? 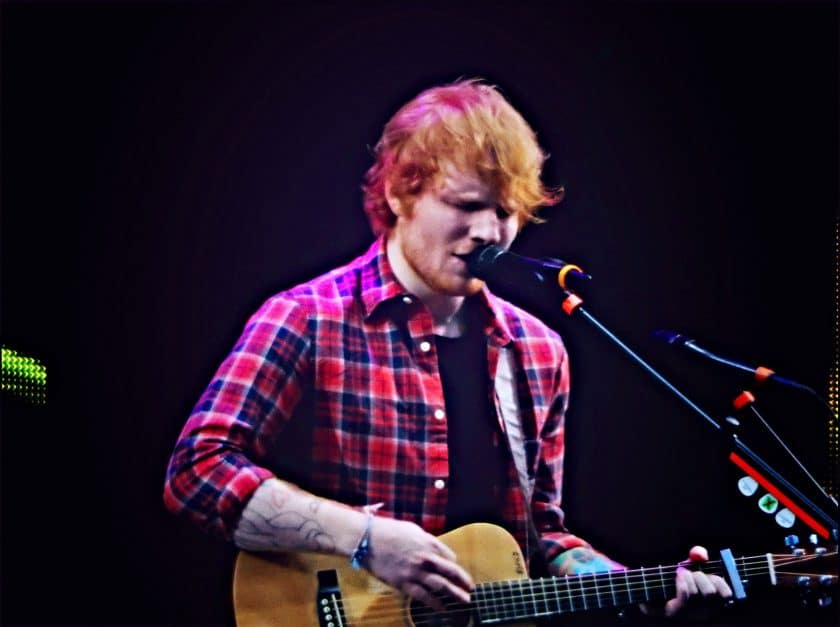 You can make a loop pedal version of almost anything, it’s all down to your creativity. Some songs may be easier than others though – here are some songs that lend themselves to being played on loop pedals.

Black Horse and the Cherry Tree

The 1990’s saw a boom in the manufacturing of affordable gear and technology for musicians, which advanced the loop pedal’s prominent position in the market.

The potential of the loop pedal was significantly showcased when KT Tunstall incorporated it into one of her early performances of ‘Black Horse and the Cherry Tree’ on Jay Leno in 2006.

In it, she starts with a simple rhythm guitar bed before dressing it up, with the simple tap of a toe, in percussive melody, counter-melodies, and harmonies. She bulked-up the song by looping each element into one another.

The loop pedal has certainly become a firm favourite among solo musicians looking to find a way to impress and stand out over the years. By their very nature, loop pedal performances are akin to step-by-step tutorials, as it’s easy to see, in real-time, how each sound is made.

Nobody has capitalised on the perceived authenticity of the busker-like, one-man-band more than Ed Sheeran. On top of this, nobody has had more success with the loop pedal than the man who rapped the line “watch how I step on the track without a loop pedal” on one of his breakthrough singles, “You Need Me, I Don’t Need You.”

As is typical with Sheeran, “Shape of You” begins with a percussive groove before a melody, guitar strumming, and subtle accents fill out the song.

When he headlined Glastonbury Festival in 2017, he did so with only an acoustic guitar, a keyboard, and a loop station. There was a lot of pressure for him to get this right, to say the least.

Just one mistimed toe-tap away from disaster, Sheeran, the master of the pedal, proved that you only need one musician to dazzle a crowd of thousands.

If you have a higher-end pedal, it will provide a wide array of performance-oriented features such as multiple independent loops, quantization, loop multiply, and MIDI integration. Have a play with these and see where your creativity takes you.

It’s a great idea to try building up as many parts as possible to a song that you know. You may find that the main 4 or 5 parts can be recorded on guitar and the song will sound almost complete.

Loopers are also great for ambient soundscapes that have no definite beginning or end. Start by recording a short loop of something subtle, for example, chords swelled in with your volume knob or a delay.

Want to properly teach yourself guitar before you buy a loop pedal? Check out this article:

How much is a looper pedal?

If a pedal is very cheap, it will be restrictive in some way, whether that’s how many tracks you can have or how much memory you can have on each loop.

A good budget to put aside for a starting loop pedal is around £100.

The more expensive pedals will have everything you could want from a loop pedal and more. Do your research and understand what you’re buying. Alternatively, check out our list of the best loop pedals below… 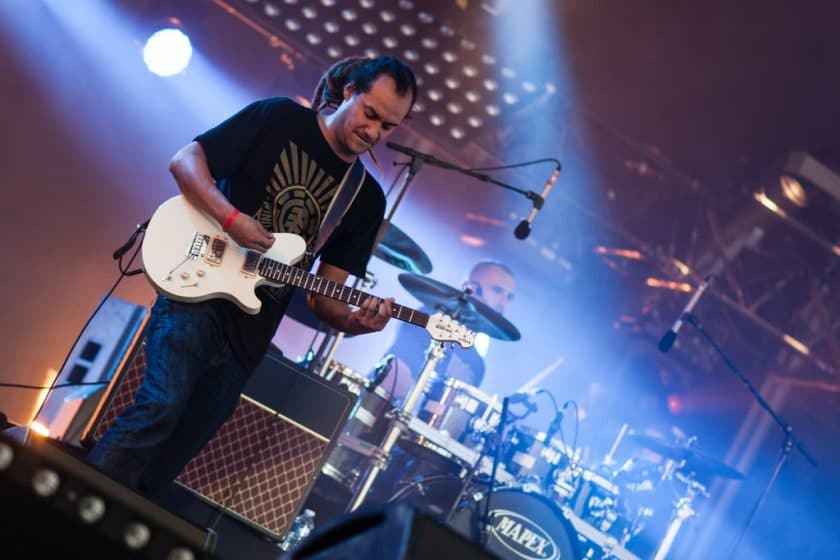 The buskers’ favourite, to be found upon many pedalboards. Boss offers their looping pedal range in a variety of configurations, from their modest but feature-rich RC-1 to their RC-500.

The Boss RC-1 Loop Station is the simplest of the range. It is designed to be the most user-friendly for those of us who don’t want to read instruction manuals.

A great feature of any pedal is when it has more than one input and more than one output; this pedal allows you to send the output signal to multiple amplifiers without the need for a separate splitter. It also allows you to input stereo instruments (like a keyboard or synthesizer).

The features can be further extended by adding an optional external footswitch.

One of the most often seen of the Boss loopers among buskers. If 12 minutes isn’t enough, the Boss RC-3 Loop Station (which has a massive 3 hours recording time) allows storage of up to 99 loops within its memory bank.

It has a “real drums” rhythm guide which can be a useful tool if you are new to looping. It will help you learn when to engage the pedal.

A USB port is also available for connecting to a computer. 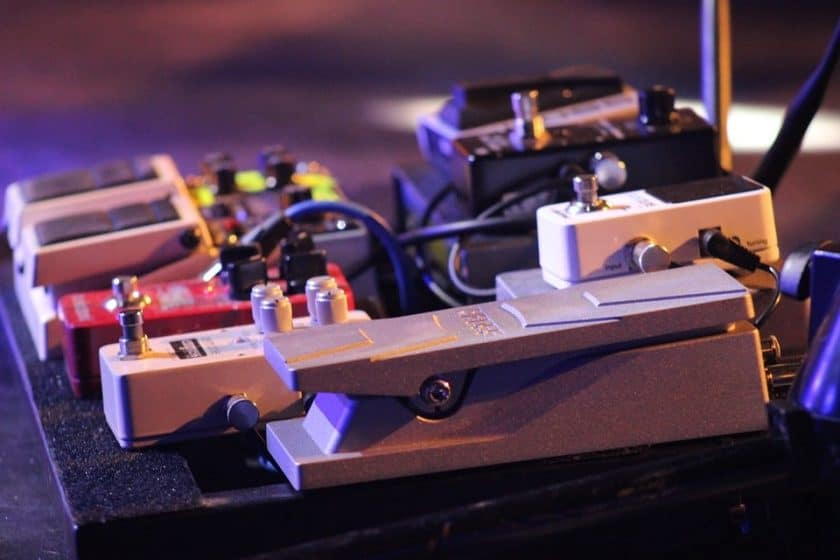 If you want a very basic looper without any effects or memory banks, the Mooer Micro Looper MML1 is the one for you.

It’s robust, well-made, and it has a simple design with just one foot-operated button to initiate recording, overdub and stop.

It allows for 30 minutes of recording and unlimited overdubs. It does, unfortunately, have a clicking noise when engaging the pedal so perhaps it is not suitable for live recording. You can, however, stomp on this unit all day and it won’t break.

TC Electronics offers two options – the DITTO and the DITTO X2. Both have 5 minutes of recording time, which is usually more than enough for the average user.

The simplicity of the DITTO makes it very easy to use; it loops, and that is all it does. One input and one output.

It follows the current trend of making a pedal as small as possible whilst still able to deliver what the musician wants. It has one-foot button and one knob for adjustment in volume. 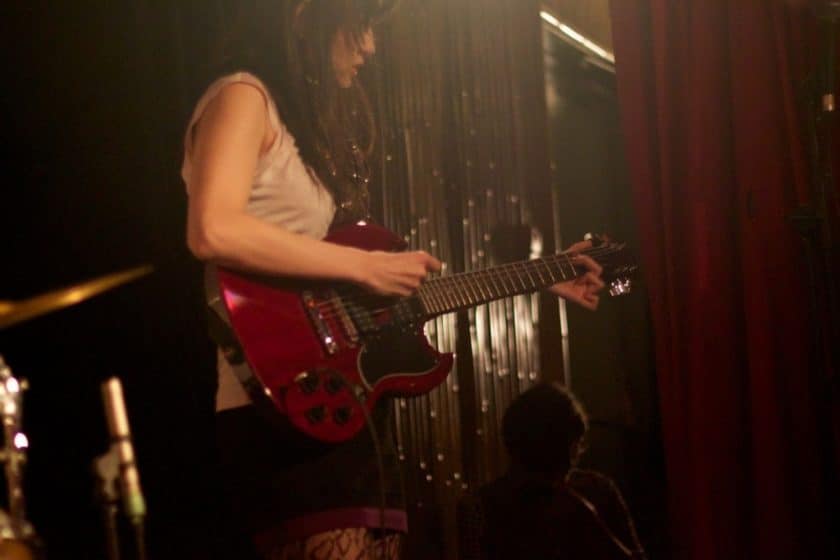 Considered by many as the ultimate loop pedal. It’s certainly more expensive though.

The Boss RC-300 is the pedal which casts a shadow upon all other pedals. If you have the budget and the need for subtle control, this is one of the best looper pedals out there.

With the Boss RC-300 Loop Station, you have complete control over every track you record and every instrument you have plugged in. The input options are vast, including an XLR input with phantom power for microphones

It has the standard 3–hour recording time and all the other features that can be found on the smaller models. It also has effects and an integrated expression pedal.

This pedal was designed to be used live. Although most musicians will probably not use all the features of this pedal, few would be disappointed to own it!

Warrington Open Mics – The Top 10 Best Nights Near Me

Cheltenham Open Mics – The Top 10 Best Nights Near Me