Are you searching for your first set of strings? Or maybe you’re curious to know what instruments celebrity stars began with? The guitars used by famous musicians can vary tremendously…

From iconic flashy brands to quirky bespoke creations and basic starter models, we have the lowdown on the instruments played by some of the most famous guitarists of all time.

Get to know your Martins from your Gibsons and find out which singer-songwriter has his very own range, in our definitive guide to the guitars played by the best-known musicians. 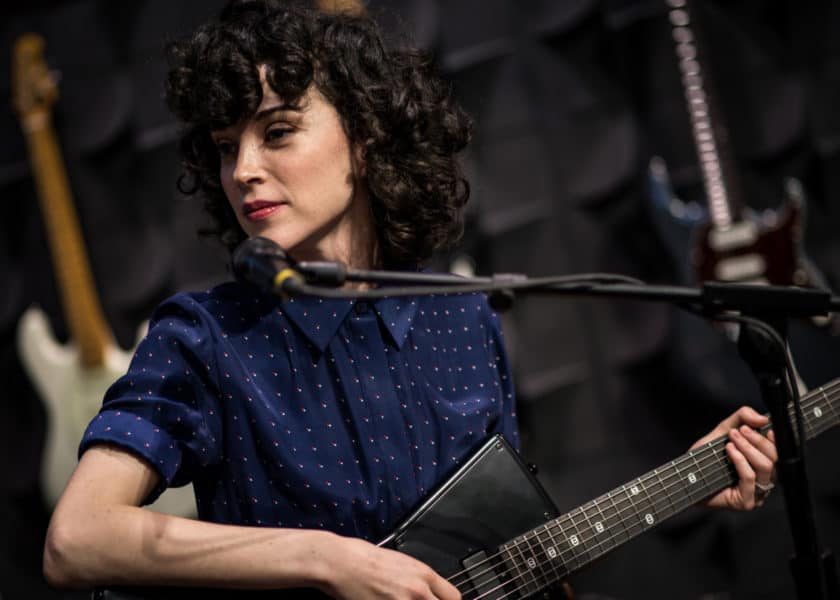 The stars understand the value of a great instrument. But when you make it to the top of the industry and have the cash to spare, what’s your guitar of choice? Whether acoustic, classical or electric, there’s the perfect model out there for everyone. And most major musicians will have a whole collection. Although one usually stands out as their favourite stalwart piece.

The big factors considered by music icons when choosing a guitar are the functionality, sound and look of the instrument. The latter is probably the least impactful, as it can be hacked and customised to suit. Often the brand that is chosen just comes down to a personal preference.

What are the most famous guitars?

How do you know which guitar is right for you? Should it be electric or acoustic? What size and what budget?  Here are some iconic guitars as listed by Rolling Stone.com.

What guitars do rock stars use? 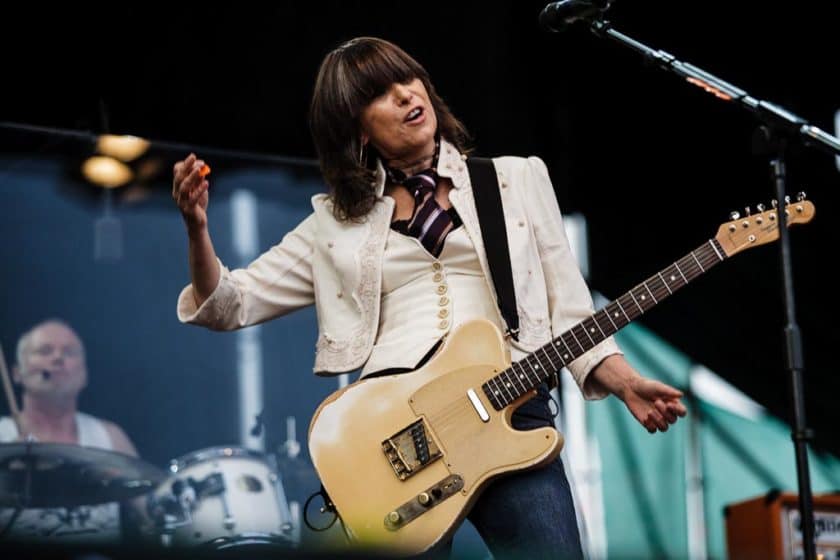 It’s been said that the electric guitar has been the soul of rock and roll. Over the years certain guitars have become legendary and almost have a mythical quality. Here is a list of some of the best rock guitars:

Whether or not you play the guitar, it makes a great backing instrument for a vocalist and there are lots of good songs to sing with it. There are so many different songs from so many different eras that work very well sung alongside a guitar.  Singing with a guitar is a popular choice of... Read more »

Which players use Martin guitars?

Martin guitars and strings have been among the top choices for musicians due to their quality, craftsmanship and tone. Top musicians worldwide from all genres, classical and country to blues, folk and acoustic rock have played from their range.

Although these are top artists with big budgets, the guitars are also suitable for those beginning their careers. And the smaller models can be well suited to students, as well as those instrumentalists or singers who frequently have to travel about to gigs and lessons.

Guitars given nicknames by famous musicians 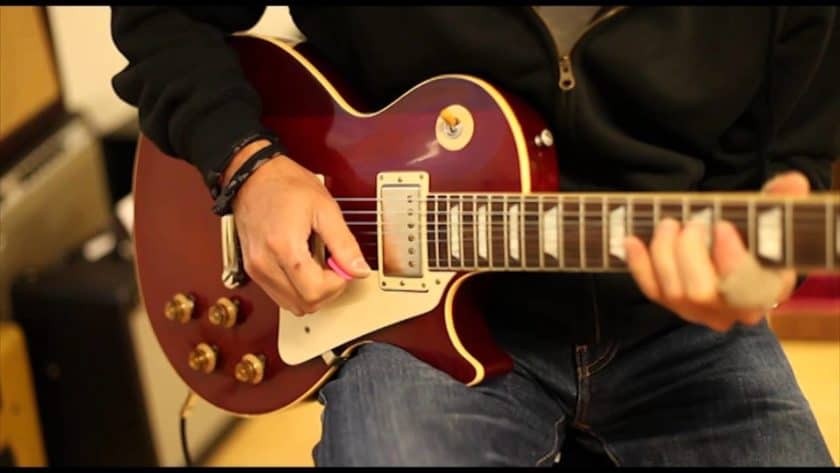 Once in possession of the perfect strings, many of the stars have chosen to given their instrument a pet name. Here are some famous examples.

Have you given your guitar a special name?

An acoustic guitar can be funky, soulful and raw, whether you’re strumming, picking or tapping. Many well-known musicians have chosen acoustic guitars. In a Music Radar poll, readers voted for their favourites guitar players – among them the dynamic acoustic player Stephen Stills who transitioned from rock to folk. Another favourite was Bob Dylan, who made it look so easy with elaborate fingerpicking, perfect sense of rhythm and amazing runs.

From the classical world, Andres Segovia made the top 20 poll – a genuine classical legend with stunning tone and delivery. Singer/songwriter James Taylor had a sensitive and emotional touch to his songs and playing. Top place in the poll went to Tommy Emmanuel. Described as having fingers blessed with the tone of gods, it’s said he could make wire stretched across a plank of wood sound good.

Top guitarists have often owned or played hundreds of guitars but usually started out with a fairly simple instrument, often second hand or a humble barely playable guitar.

From these humble beginnings, many fledgeling musicians have learned and practised and progressed to become top guitarists. Every guitar has a story and every player remembers his first guitar.

Standard Guitar Tuning | How to Tune a Guitar for Beginners

If you’re a beginner learning guitar, learning how to tune a guitar in standard tuning is the first thing you need to do. Even for more advanced players, there are some interesting things about tuning a guitar that you may not know. Standard guitar tuning, EADGBE, is the most common tuning for the tuned notes... Read more »

What makes a great guitar?

Evaluating the quality of any guitar entails looking at individual components that make up the instrument, the body, neck, tuners, frets, pickups, electronics and hardware. Is it necessary to buy an expensive instrument? A guitar is an investment in your musical future but expensive doesn’t always mean best. Brian May has used a homemade guitar that he and his father made in the late ’60s.

Are cheap guitars worth buying?

It’s worth doing research as there is plenty of choice for budget-conscious beginners, just as many famous guitarists started out without spending a fortune on a high-end instrument. Stories abound about Prince buying his Madcat for 30 dollars. It had a leopard print pickguard and jack plate that Prince accessorised with a matching strap. His custom-built Cloud guitar made famous in the movie Purple Rain shows he’d come a long way from that earlier low budget purchase.

Are you learning to play the guitar – or teaching a child to play – and wondering which might be the best numbers to get you or them started? It’s important for beginners to have fun in the early stages and not to take on anything too challenging.   Good songs to learn on guitar... Read more »

While your guitar will take you a long way, it can’t stand in the place of practice and hard work. Be sure to develop your skill and technique above all. Then investing in a cool or flash guitar will only help to make you stand out even more as a musician. Especially if you chose one that suits your genre and image. But remember, a good guitar alone won’t be enough to give you credence in this competitive world. Make sure there’s as much substance as style, in your act.

Jimi Hendrix is widely thought of, and frequently voted, the best guitarist ever. Along with him, comes Eric Clapton and Brian May of Queen. Jimmy Page, Joni Mitchell, Bonnie Raitt and Eddie Van Halen also come high up on the list.

Which is your favourite of these guitars used by famous musicians? Have you been inspired to buy one yourself? Let us know in the comments.