What Is Chest Voice?

First thing’s first – let’s look into what is happening physically and audibly when we use different singing techniques and define the difference between head voice and chest voice: The terms ‘head voice’ and ‘chest voice’ actually date back hundreds of years to the Roman Empire and a time when a lot less was known about how the voice actually works, so as terms they can be a little misleading. To be clear, whenever you sing, sound is generated by the vocal cords (or vocal folds) in the larynx (aka the Voice Box). The terms ‘head voice’ and ‘chest voice’ are useful in terms of describing the sensation a singer feels when they are using these techniques and where it feels like the sound is coming from.

When we sing, we generate a sound by vibrating our vocal folds (cords) – using air to suck the vocal folds together and blow them apart. This is called the Vocal Mechanism and the rate of the vibration determines the pitch of our voice – the lower the rate, the deeper the note we are producing whilst high notes have a higher rate of vibration.

So what’s the difference singing head voice vs chest voice? Put simply, chest voice utilises thicker vocal folds whilst head utilises much thinner vocal folds. It’s kind of like the strings on a guitar – the thicker strings produce the lower resonances whilst the thinner strings give you the higher notes. 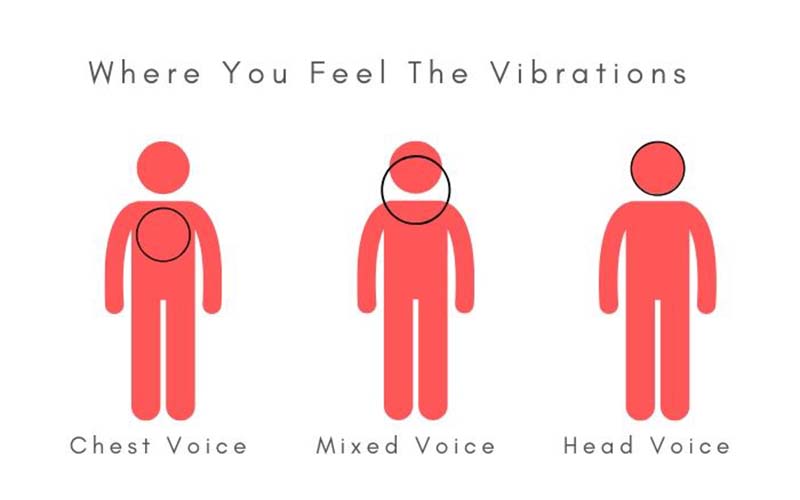 The key to understanding the difference and utilising it as a singer is to think about where you feel the sound is coming from. Singing in chest voice, you should feel the vibrations and resonance in your chest – you can even put your hand on your thorax and feel the vibrations as you sing. As you get higher in your register, you’ll feel the vibrations in your body rise and as you jump into head voice, you’ll notice that the sound feels like it is coming from your head. (As a side note, this gap between the chest and head voice registers is the foundation of yodelling – which we have also covered in more depth in another blog article). 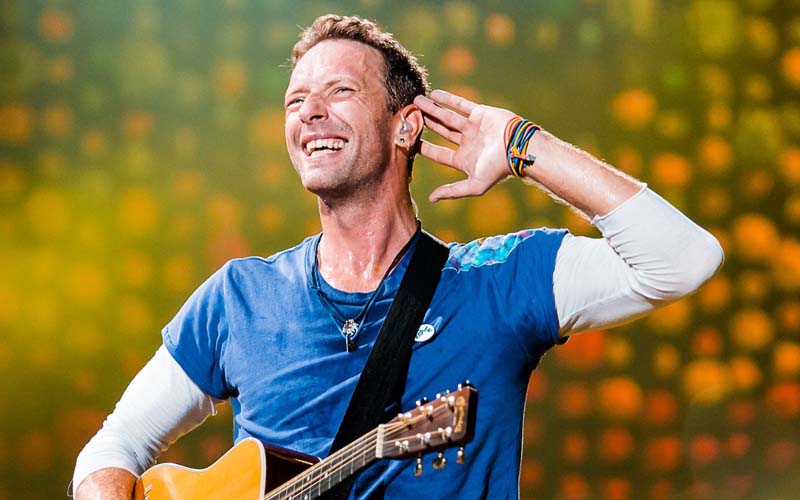 The chest voice is generally more natural as it’s this kind of register we tend to use when we speak (unless we’re doing a Mickey Mouse impression). Female singers tend to traverse the different ranges a little more subtly but in head voice vs chest voice men often notice that the difference is more pronounced. A good example of this is Coldplay frontman Chris Martin, who often jumps from his chest voice register into the head voice for specific words or lines within a song. In their hit Yellow, Martin sings “I came along, I wrote a song” in his chest register before moving to his head voice for the word “for” and falling back to chest voice for the word “you” – which gives the line an airy and delicate effect. 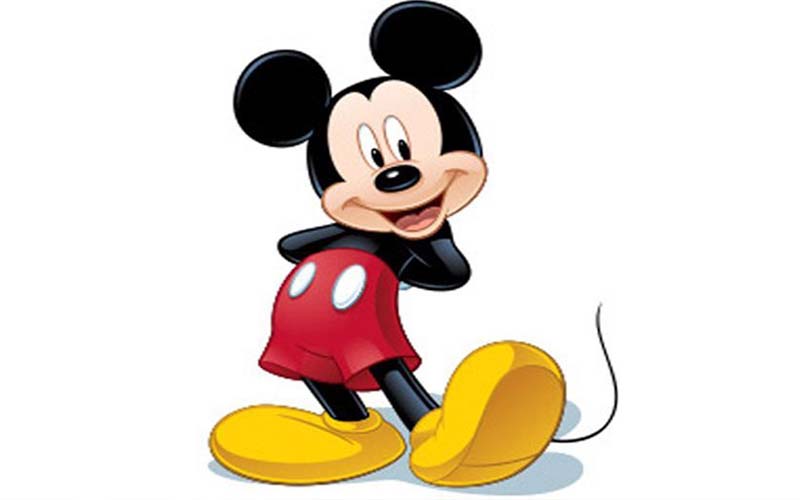 What Is The Mixed Voice?

The mixed register is an interesting point where both the chest and head voice are combined to create an beautiful and unique tone. There are some great examples of singers who use this technique to awesome effect including Rod Stewart and Ellie Goulding. Not only does the mixed register open up some exciting tonal possibilities, but it also allows for a much more natural descent into the chest voice register and ascent into head voice – which means that your phrasing can much smoother and easier on the ear. 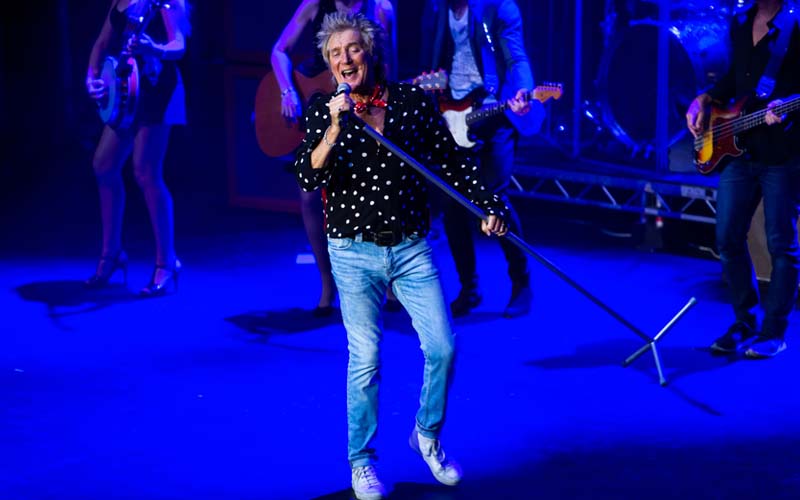 We’ve covered the difference between chest and head voice but singers will also be familiar with something called falsetto singing. The term falsetto is often used to describe head voice but there is actually a subtle difference between head voice and falsetto. As we’ve already established, when we sing we vibrate our vocal folds using air. There are three modes in which these vocal fold vibrations can occur which give us different vocal tones – ‘pressed’, ‘breathy’ and ‘flow’.

‘Pressed’ is where the vocal folds are resisting the air more than they need to – squeezing together to give a bright, metallic tone. Chest voice singing is almost always using ‘pressed’ phonation. 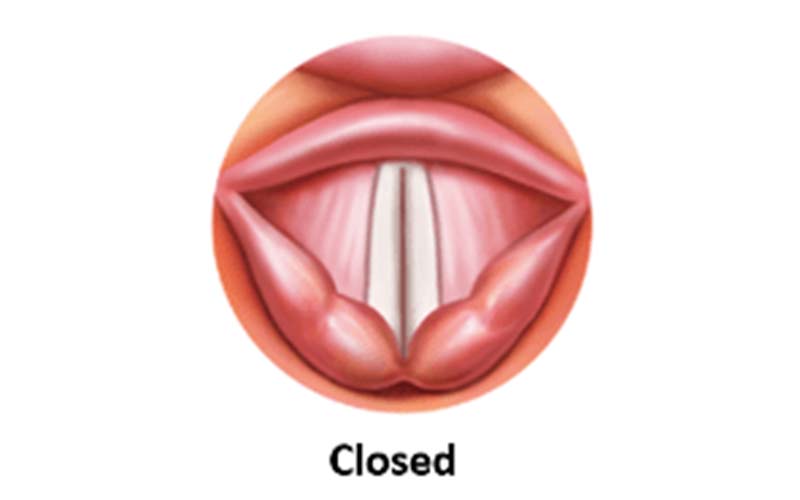 ‘Breathy’ is where there is a lack of resistance to the air flow, causing the vocal folds to open up and allow the breath through the notes to give a flute-like, breathy tone. 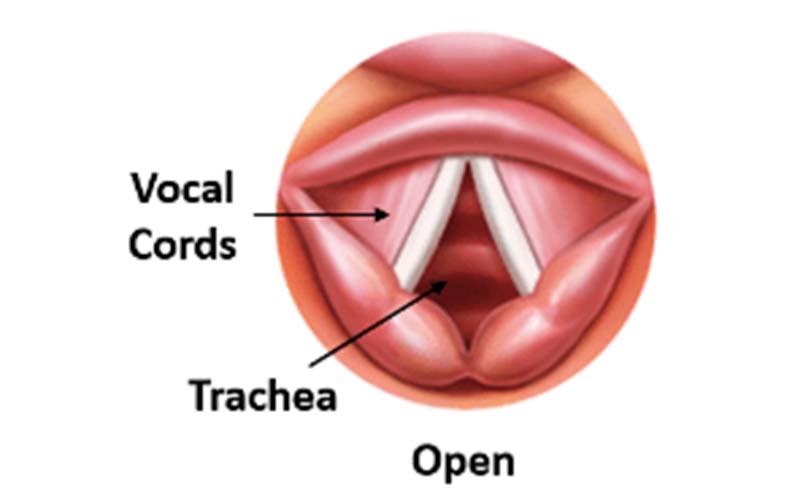 Finally, we have ‘Flow’. This is where there is a balance of air and muscle at the vocal folds it’s neither too pressed or too breathy and tends to have quite a strong tone. This is typical of the mixed register technique we referenced above with Ellie Goulding and Rod Stewart. Falsetto singing is the combination of the head voice register and the breathy phonation which combines to a high, breathy kind of singing. So falsetto is always a kind of head voice, but head voice isn’t necessarily always falsetto.

You can get some awesome head voice and mixed voice effects by avoiding going breathy in the head voice register and keeping your phonation strong.

Final Thoughts – Should I Sing In Head Voice?

Yes you should!!!! Just like with any instrument, using a wide range of techniques allows you to further explore the possibilities and makes for far more interesting listening. Just like a guitarist might mix finger picking and strumming or clean and distorted tones – singers can use a mixture of chest voice, head voice, falsetto and mixed register to create a complex tapestry of vocal tones that can reflect a broad landscape of emotions they want to communicate. Think of Muse, Justin Timberlake, Maroon 5, Coldplay, Adele, Maria Carey and countless other singers who have used these techniques to make incredible records and performances.

As always with singing – it’s important to make sure you don’t strain your voice or your vocal folds. Try to think of it as allowing your voice to go higher rather than pushing your voice higher and if you feel any pain or discomfort, stop and rest. But most importantly, have fun with it and enjoy the process of refining your technique and becoming a better, more accomplished singer.

How To Sing In Harmony: Our Guide