Home >> Advice >> How Did Amy Winehouse Become Famous? How Was She Discovered?

Remembered as one of the most iconic and talented singers of her generation, Amy Winehouse has left a mark on the music industry and inspired countless singers with only two albums, ‘Frank’ and ‘Back To Black’.

Winehouse was only 19 when she signed her first record deal. Known for her soulful contralto vocals and expressive, honest lyrics, Amy reached the legendary status and blazed a trail for female artists.

Amy Winehouse won five Grammys, three Ivor Novellos and a Brit Award by the time she was 26, but sadly her life was cut short by addiction. Read on to find out how she achieved success at a very young age and sadly lost it all far too young.

Where was Amy Winehouse born? 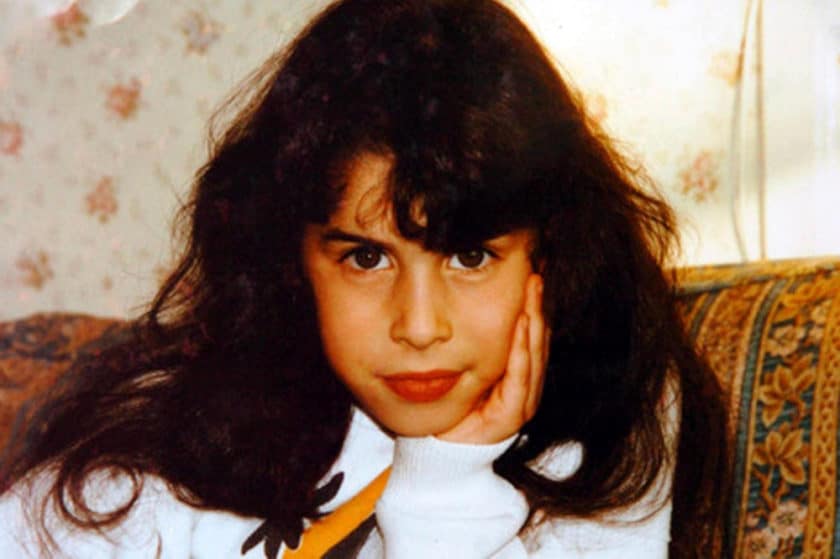 Amy Winehouse was born in London in 1983 to Jewish parents. Her father, Mitch, worked as a taxi driver, while mother Janis was a pharmacist.

She has one older brother, Alex and they grew up in the Southgate area of Enfield. Their parents divorced when Winehouse was nine, with both children raised primarily by their mother.

Winehouse grew up surrounded by music and she loved singing from an early age. Her grandmother Cynthia was a professional singer who also dated jazz legend, Ronnie Scott, while several of her uncles were jazz musicians.

Her dad, Mitch, was also a massive Rat Pack fan and often sang Frank Sinatra to her as a child. ‘Fly me to the moon’ was Amy’s favourite song.

When she was ten, she and her best friend Juliette formed a rap group called ‘Sweet ‘N Sour’, a tribute to hip-hop group Salt-N-Pepa. Juliette was Sweet and Amy was sour.

Juliette’s stepfather even took the girls to a recording studio to record three songs: ‘Glam Chicks’ ‘Spinderella’ and ‘Boys… Who Needs Them.’

“Primary school, from day one, me and Amy were drawn to each other and we both loved singing,” Ashby recalls in the 2015 documentary film about the singer, ‘Amy‘, “we were beside ourselves (when Sweet ‘N Sour got the chance to record). That was our first experience in the studio. It was an amazing experience.”

How did Amy Winehouse become famous?

Amy Winehouse got her lucky break when she was just 16 years old and landed her first record deal not long after. She skyrocketed to fame after releasing her second album ‘Back To Black’, which was acclaimed by critics and won multiple awards, more on that later.

What school did Amy Winehouse go to?

Winehouse later attended the Susi Earnshaw Theatre School on Saturdays, encouraged by her aunt. While there, she learned how to tap dance and worked on her vocals.

At age 12, Winehouse attended the Sylvia Young Theatre School, but she did not graduate. She was expelled for ‘not applying herself’ and for getting her nose pierced.

Next she went to the prestigious BRIT school, fellow alumni include Jessie J, Leona Lewis and Adele.

It’s one of the most famous schools in the country for aspiring singers, actors and dancers and there are a wealth of famous former pupils that attended. If you’re considering a career in the music industry then this is definitely something to think about. Adele, Amy Winehouse and The Kooks are some of the famous names to have stepped... Read more »

How did Amy Winehouse get her start?

Winehouse bought her first guitar when she was 14 and began writing her own songs. “I really started writing music to challenge myself, to see what I could write.”

She started singing solo at bars in North London and with local group The Bolsha Band.

At age 16 she performed with the National Youth Jazz orchestra, learning her songs on the tube on her way to the show.

Her main influences were Ella Fitzgerald and Sarah Vaughan.  Amy once remarked, “I would say that jazz is my own language.”

Amy suffered from mental health problems during this time, which stayed with her. “Since I was 16, I’ve felt a black cloud hangs over me. Since then, I have taken pills for depression.”

How was Amy Winehouse discovered?

Winehouse was a regular jazz standards singer at the Cobden Club, but she got her big break when her close friend and fellow singer Tyler James sent her demo tape to his label A&R.

Universal loved it and signed her immediately and she also joined Simon Fuller’s 19 Management in 2002.

Are you an emerging artist and keen to get signed? Meeting the right people, like a record label A&R, will make all the difference to your future success. If you’ve been doing your music research there’s an acronym you’ll keep seeing. But what is A&R at a record label and who are the top UK... Read more » 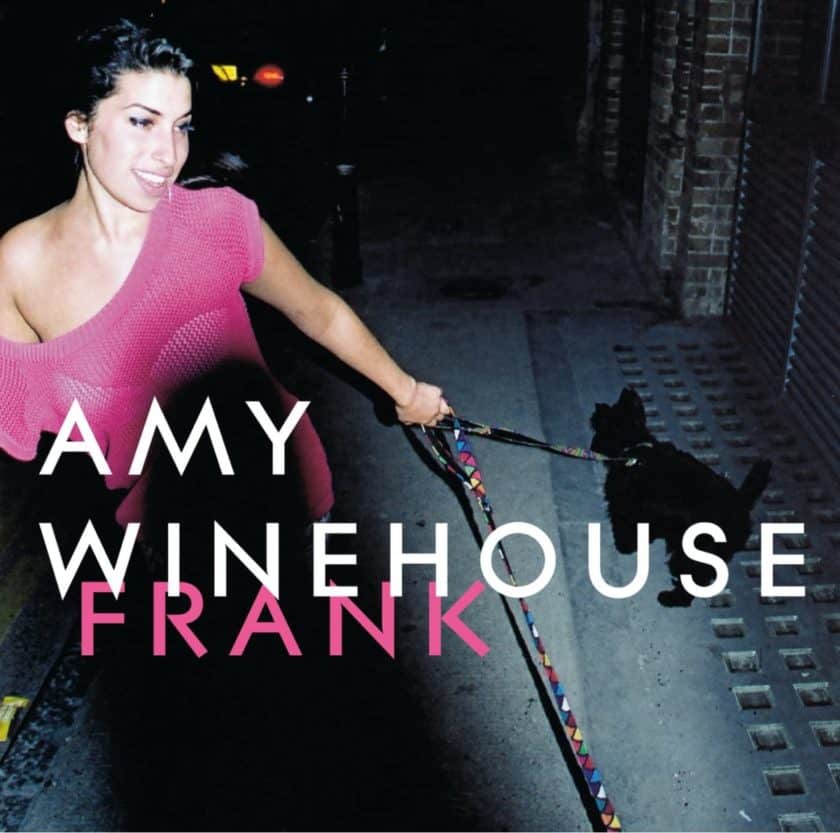 Winehouse co-wrote nearly every song on the album, which was heavily influenced by her passion for jazz.

The album received critical acclaim and was nominated for two Brit awards, while the debut single on the album ‘Stronger Than Me’ won the Ivor Novello award for Best Contemporary Song.

“I’ve listened to ‘Frank’ so many times. She was so honest and herself. I think one of the hardest things for an artist to do is tell the truth, but that’s what Amy Winehouse did, and it’s what I want to do – if you want to write songs that connect with people, I think they really need to believe what you’re talking about.” Jorja Smith told Marie Claire magazine.

‘Frank’ introduced Winehouse to a larger audience, but it was her second and final album ‘Back To Black’ that would make her a household name.

It was during this initial success with ‘Frank’ that Winehouse started drinking more and on a night out she met Blake Fielder-Civil and they started their infamous, brief and tumultuous relationship.

Together they fell into drug and alcohol abuse, with Winehouse gaining a reputation as a party girl who’d show up often too drunk to perform or finish her sets.

Amy Winehouse – Back To Black

The couple spent much of their time together in a local Camden bar, which played blues, sixties classics and Motown while they drank and played pool.

She told Rolling Stone in 2007: “When I fell in love with Blake, there was Sixties music around us a lot.” This would influence her second and final album, ‘Back To Black’, which was released in 2006.

When Fielder-Civil left her after a few months, Winehouse was devastated and wrote about their tumultuous relationship in detail, touching on themes of guilt, grief and heartbreak in her songwriting.

‘Back To Black’ debuted at number 3 in the UK charts, rising to number one several weeks later. Winehouse was nominated for several awards, winning British Female Solo Artist at the Brits, and taking home 5 Grammy awards, including Best New Artist, Record of The Year and Song of the Year.

It was the lead single ‘Rehab’ on ‘Back To Black’, about her manager and father unsuccessfully attempting to put Winehouse in a rehabilitation clinic, that was her breakthrough song on the album.

Produced by Mark Ronson, she wrote the autobiographical song in just a couple of hours.

The second single on ‘Back To Black’ was ‘You Know I’m No Good’, with a second version featuring the Wu Tang Clan’s Ghostface Killah appearing on his album ‘Ghost Fish’.

Winehouse was very particular about working with other artists, famously saying: “I know it sounds a bit wanky, but I can’t even work with someone unless they know more about music than me. I have to learn from them or it’s pointless.”

Which is probably why she only worked with the best around.

The Eponymous third single ‘Back To Black’ was co-written by Mark Ronson, who told the Telegraph that Amy Winehouse was a rare breed of songwriter, as the only credited writer on seven out of 11 tracks on the album he co‑produced.

The video features a funeral procession and a headstone that read “R.I.P. the Heart of Amy Winehouse.” This was later edited out after her untimely death.

In April 2007, Winehouse and Fielder-Civil became engaged, eloping a few months later while in Florida. An unhealthy relationship with drug abuse and alleged domestic violence led to the singer eventually overdosing on several drugs and being hospitalised.

After showing up intoxicated to several performances, all concerts and appearances were cancelled for the rest of the year.

She briefly attending rehab in 2008 and by the end of the year, her marriage to Fielder-Civil was over. 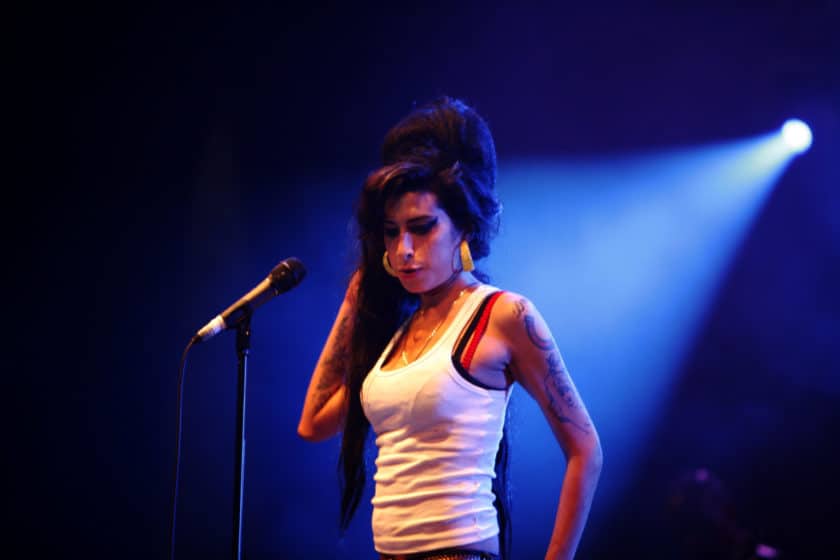 After working with the troubled singer on his duet album, Tony Bennett told The Guardian: “Of all the contemporary artists I know, she has the most natural jazz voice, but I’m worried about her and I’m praying for her. She’d help everyone by sobering up and cleaning up her spirituality.”

Winehouse had long publicly struggled with addiction, culminating in a messy period where her personal life overshadowed her enormous talent.

After being booed off stage for being drunk, mumbling and falling on stage in Belgrade, her comeback tour was cancelled.

Amy Winehouse died tragically on July 23, 2011, from accidental alcohol poisoning. She was just 27.

Her last public appearance was on stage at The Roundhouse in Camden. She sang ‘Mama Says’ alongside her goddaughter, Dionne Bromfield.

Following Winehouse’s tragic death, Adele wrote, “Not many people have them in it to do something that they love simply because they love it, with no fuss, no compromise, but she knew what she was capable of and didn’t even need to try. Amy paved the way for artists like me and made people excited about British music again whilst being fearlessly hilarious and blaze about the whole thing.”

Many singers and fans alike were left devastated by her tragic end. She inspired millions through her honest songwriting and unique style and sound.

A documentary about her life was released in 2015 and the Amy Winehouse Foundation was created in her memory to help thousands of vulnerable and disadvantaged young people  feel supported, informed and inspired, as well as to help them to make informed choices about drugs and alcohol.

Both ‘Frank’ and ‘Back To Black’ have stood the test of time and are influential to new artists today.

She will be remembered as the best singer-songwriter of her generation.

What’s your favourite song or memory of Amy Winehouse? Have you covered any of her music? Let us know if the comments below.

[…] How Did Amy Winehouse Become Famous? How Was She Discovered? […]