Home >> Advice >> How Much Can Recreational Drugs Affect Singing?

We’ve all seen musicians who’ve gone in and out of rehab and struggled with substance dependencies. It can certainly bring a successful career to a halt, but just how does it affect the voice?

We know they do have an impact but artists may not be aware of how much recreational drugs can affect singing. Not only that, but the addictive nature of drugs and the effects on the body can affect and inhibit performance too.

Read on to find out the side effects of some of the most commonly used and dangerous drugs and how taking them could ruin your singing career and put your health at risk.

How much can recreational drugs affect singing? 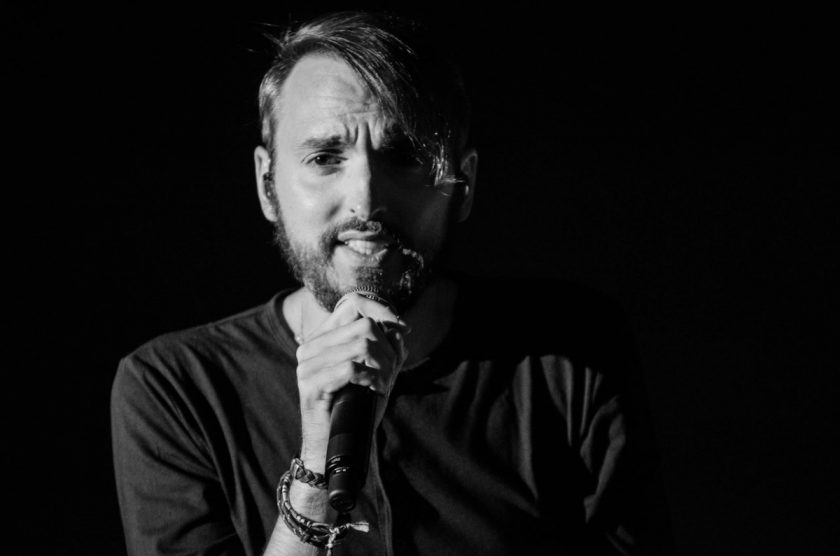 There are some effects that are immediately clear when singing and taking recreational drugs. But others can be more subtle – for example, anything that reduces sensation or makes you overly relaxed when you sing could lead to vocal damage being sustained without the singer having an awareness that it’s happening. It may also lead to longer-term issues with learning new things, like songs.

Do recreational drugs affect your voice?

Different drugs affect your voice in different ways that vary from person to person and according to quantity. But taking most drugs can cause dryness, risk of vocal cord haemorrhage and raspiness.

Have you ever lost your voice or suffered from vocal strain? If so, you know how debilitating this is for a singer. But how do you prevent it and what do professional singers do to protect against voice loss?   Protecting your vocals as a singer is part of your job. There are many ways to stay... Read more »

Marijuana and the singing voice 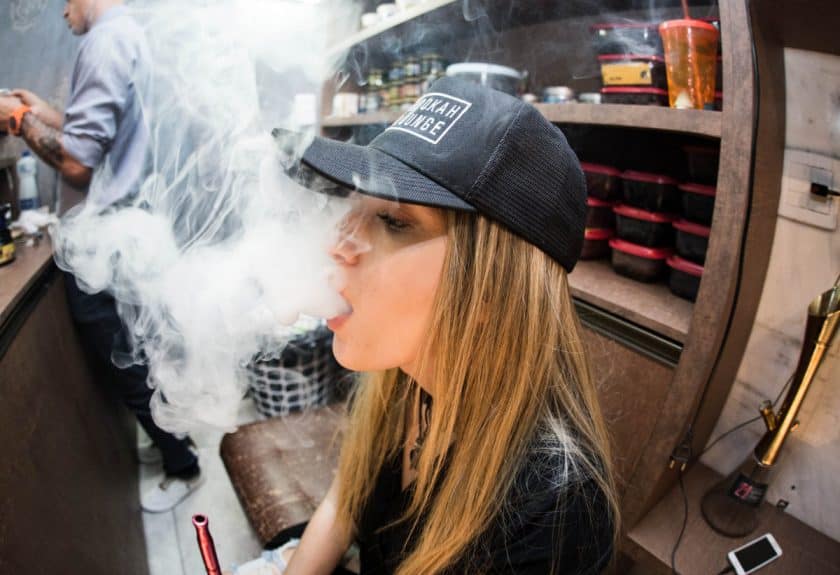 Marijuana/cannabis is one of the most prolific drugs on the music scene and in general. It can certainly affect your voice, especially if you smoke frequently. Here are some of the side effects of smoking it:

Does marijuana ruin your voice?

It really depends how often you use it, how you take it and how your body reacts to it. Some people are more prone to certain issues and diseases. If you have a tendency toward hoarseness and voice loss, this is definitely something to avoid, as you’re more likely to have problems.

The effects of vaping marijuana are similar to those of vaping e-cigarettes. There is less toxicity involved in vaping than smoking marijuana so potentially less vocal damage is likely. In terms of the voice, eating cannabis is the ‘safest’, but it’s the least safe in terms of overall health, as the risk of overdose is higher.

Vaping & Smoking | Bad for Singers? Does it Affect Singing Voice?

The dangers of smoking are widely understood. What about vaping? Vaping is considered a safer, less harmful alternative to traditional cigarettes and is growing more and more popular. However, is it good for a singer to vape or smoke?  Vaping and smoking will ruin your singing voice. Smoking and singing can permanently change how your voice sounds and cause... Read more »

Ecstasy and the voice 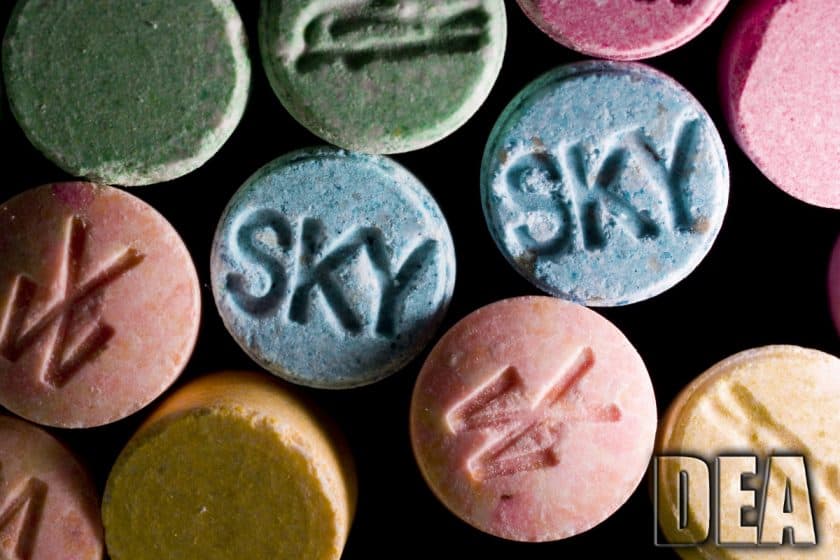 Ecstacy is another drug that’s common on the music scene. It also goes by the name of Molly, or MDMA. This drug isn’t reported to cause voice loss or any impairment on the vocal cords.

It does carry other serious health risks though and as it causes increased relaxation, there is a slightly increased chance of vocal strain occurring through overuse or overreaching under the influence of it.

Heroin is a prime cause of drug-related hoarseness and a very dangerous drug. Some prescription drugs taken recreationally in higher quantities, such as anti-allergy medications and steroids, are also likely to cause hoarseness.

Ketamine, PCP/angel dust while not affecting the voice directly, has a numbing effect meaning you can easily sustain vocal damage without realising, by pushing yourself while on it.

Amphetamines cause excessive sweating and a dry mouth, which won’t affect your vocals as such, but isn’t ideal for performing 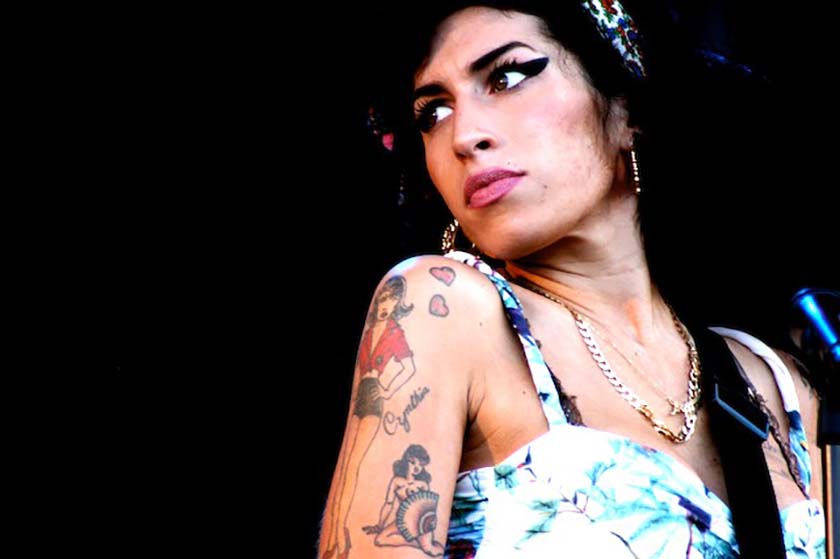 There’s long been a history of drug use in the music industry, and this has resulted in many tracks and albums having drug references. As a result, there’s often glamorisation of the relationship between drugs and rock and roll. Some of these infamous numbers include:

There are many singers whose careers have suffered as a result of drug abuse. Famous musicians with drug issues include icons such as Kurt Cobain, Whitney Houston, Bobby Brown, George Michael, Pete Doherty, Ozzy Osborne and Britney Spears. And there are those who dabble – Justin Bieber caused controversy when he was caught with marijuana.

One especially sad story was the demise of the bright and talented Amy Winehouse, whose life appeared to unravel in public and whose drug-taking had a negative impact on her ability to perform.

Far too many deaths occur as a result of addictions. According to BBC studies, the most common drugs found at UK music festivals are cannabis (most used by a long way), cocaine, ecstasy/MDMA, ketamine and amphetamines.

Can you lose your voice from doing cocaine?

Cocaine snorting causes significant injury to the nose and septum as a result of the chronic constriction of the blood vessels. When cocaine isn’t absorbed by the nose properly it combines with mucus and drips down the back of the throat (you’ll know this is happening when you can taste it) and then onto the vocal cords. This will affect the voice and it’s made worse when combined with the irritation of the drug. The vocal cords swell and become more prone to injury.

Do drugs make your voice deeper?

Continued use of cocaine means the voice becomes hoarse and higher notes are more difficult to reach. Damage often results from singing on cords that are swollen from cocaine drip. Another drug that lowers and depresses the voice is heroin.

Substance use voice changes and quality of life in drug users

It’s not only your voice that can suffer from prolonged and frequent drug use. It can impair your ability to function normally, drain your financial resources and render you unable to live a normal life.

If you or someone you know has developed a raspy voice, there’s a chance it could be to do with drug use. There’s a lot of help available if you have an addiction and your life or career is being impacted by your recreational drug use. Here are two of the best-known services you can contact for free, confidential advice and support.

You can also use these sites to learn more about the effects and risks of each drug, as well as their names – each drug is often known by a large number of ever-increasing pseudonyms.

Unlike most prescription drugs taken in appropriate quantities, the effects of recreational drugs on the voice and performance can be dramatic and unknown – especially as you can’t be sure what’s in them. It’s always better to seek help sooner rather than later. You’ll be glad further down the line that you did take action – especially if it means protecting your voice from damage.

Recreational drugs carry many risks including increased heart rate, high blood pressure, increased body temperature, stomach pain, nausea, heart damage, heart attack, stroke, seizure and even death. As they are not controlled, you have no way of knowing exactly what you’re taking.

Juul is a brand of cartridge-based e-cigarettes that are very potent and addictive. As with smoking regular cigarettes, nicotine use will cause your voice to dry out and you risk serious lung damage. As such Juuling is very bad for singers, particularly those in their teens and 20s.

Have you seen or heard of recreational drugs affect singing? How has it influenced you? Tell us about your experiences in the comments below.

How to Run Band Practice | Tips for a Successful Band Rehearsal