How To Compose Music: A Beginner’s Guide

When it comes to writing and composing music, there are probably almost as many different creative processes as there are composers. The great thing about composing is that it can be an incredibly exciting and freeing process – you can literally create anything you like! But this can also be a little daunting, especially if you are just getting started with music composition. In this blog, we’re going to try to de-mystify the creative process and look at some techniques for how to compose your music, cover off some of the basics of composing and we’ll also look at some examples of where you might want to compose for a specific purpose and techniques you can use. 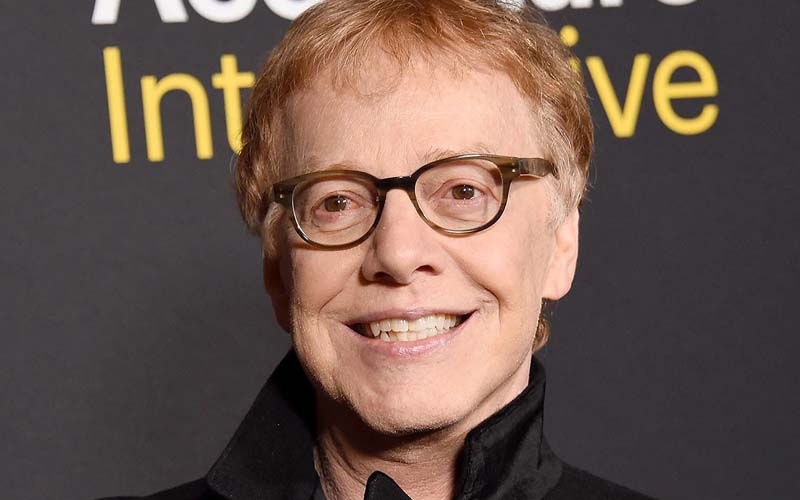 What Do You Need To Compose Music?

Composers often have a fear that they don’t have the right equipment to compose – but the truth is that the equipment you need is relative to what it is you are trying to achieve. If you are creating a full-scope movie score, then perhaps it might be useful to have a computer or keyboard with a sound library so you can utilise different sounds and instruments within your composition – for example if you want to be able to have trumpets, violins and piano.

That said, there’s also nothing wrong with stripping everything back and composing on a single instrument – so if you are just getting started, don’t worry about what equipment you don’t have, work with what you do have. In fact, working with just a single instrument can in many cases be the easiest way to compose music – even if you transpose your composition to additional or different instruments further down the line.

When songwriters create songs, they often generate ideas, chord progressions, riffs and melodies just through the nature of continuous repetitive playing and teasing ideas out of the instrument over time. It is totally possible to compose music in this way as well, but many composers will actually take a more focused approach and compose with a specific intent. This means thinking deeply about the kind of piece you want to create, or the topic you want to address with your composition, or even the story you want to tell with a body of work. 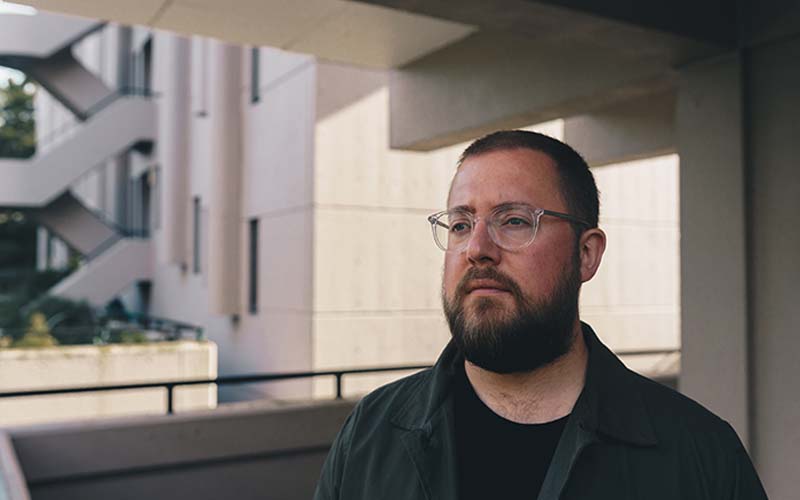 For example, modern classical composer, Simeon Walker, released his second album, Winnow in 2020. Much of Winnow was inspired by Walker’s personal battle with faith. He revealed it’s an issue he “had to spend a lot of time thinking about” before unleashing the record. Having this topic as something to respond to allowed Walker to focus his compositional process by writing to fit certain themes and feelings he had, before he’d even composed a note.

You want your outcome to be before you actually sit down at an instrument is something that film composers also employ. Danny Elfman, who has composed some of the most iconic movie soundtracks of the last few decades (as well as having a successful career fronting the 80s alt-pop band Oingo Boingo), has talked about how his creative process composing for films such as Batman, Beetlejuice, and The Nightmare Before Christmas was firstly to watch the films through with no music and think about how the music should fit into the scene, where key moments are and what the music is trying to achieve with the characters. Film composers also have the added dynamic that they are there to realise the vision of the director and so there might also be some directorial input that needs to be thought about. Then, once you have your direction and how you want the film as a whole and each scene within it to feel, you can start to think about how to go about composing to achieve those feelings.

How To Compose Piano Music

The piano is often the weapon of choice for most composers, even if the plan is to incorporate other instruments in a later revision because a piano has a huge range so you can simulate the bass, middle and high treble notes and hear how they all fit together. 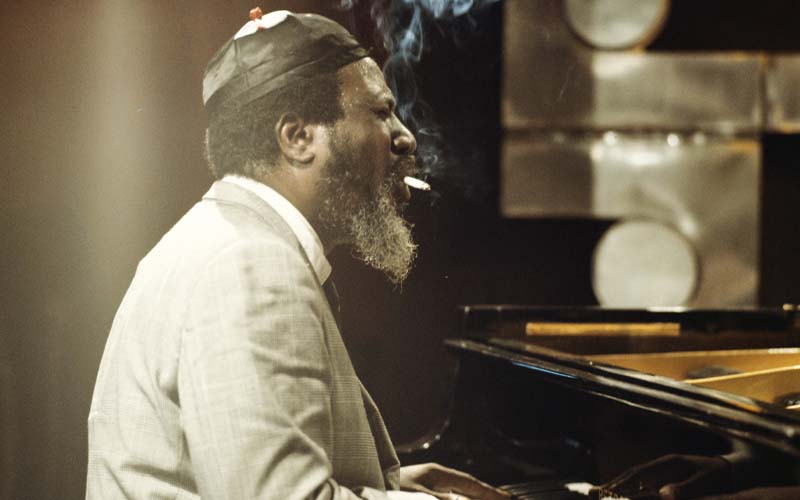 Composing piano music is an art form and so there are a number of different ways to go about composing for the instrument. For those getting started, a good tip is to start with your melody. This is the tune of your music and the bit that will draw the primary focus of your listeners. Have fun with it – as Jazz hero Thelonious Monk said: “A note can be as small as a pin or as big as the world, it depends on your imagination”.

Once your melody is composed, you can then start to think about your harmony – the chords and notes that will support your melody. This is where you can really start to play with how your whole piece comes across – you could choose to be tonally comfortable and have your melody tie directly to the triad notes in your chords (so if your melody note is an E, you might chose an E, C major or A chord) or your might choose to create more tension by choosing a more complicated relationship between the chord and melody note (perhaps your melody note is an E but you choose to play an F# major underneath, creating n E7 chord, or maybe you’d go even further and play a Bb diminished chord underneath to really make it crunch).

From here, you can build out your composition even further by fleshing it out with rhythm, different structural ideas, counter melodies (melodies that run alongside the main melody, without compromising it but also strong enough that they could stand on their own) and ultimately other instruments if that’s the direction in which you’d like to go.

How To Compose Dance Music 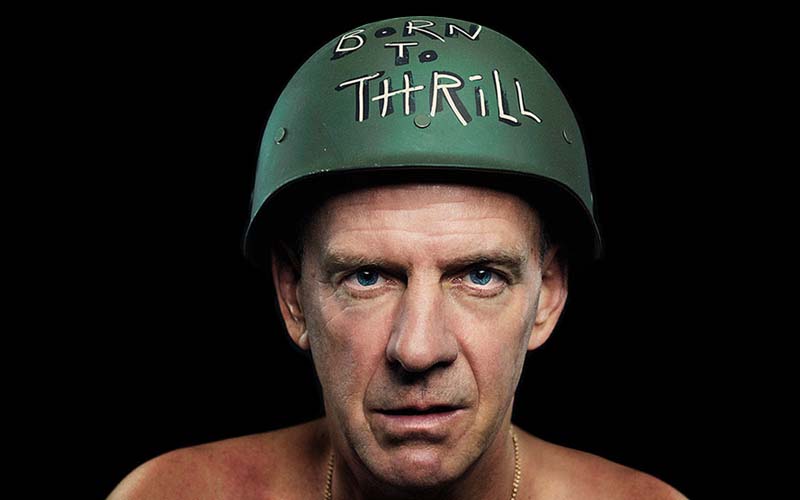 As a genre, dance music is very close to minimalism – so whether you are listening to Steve Reich or Fat Boy Slim, you will hear some of the same musical devices, albeit perhaps on different instruments. 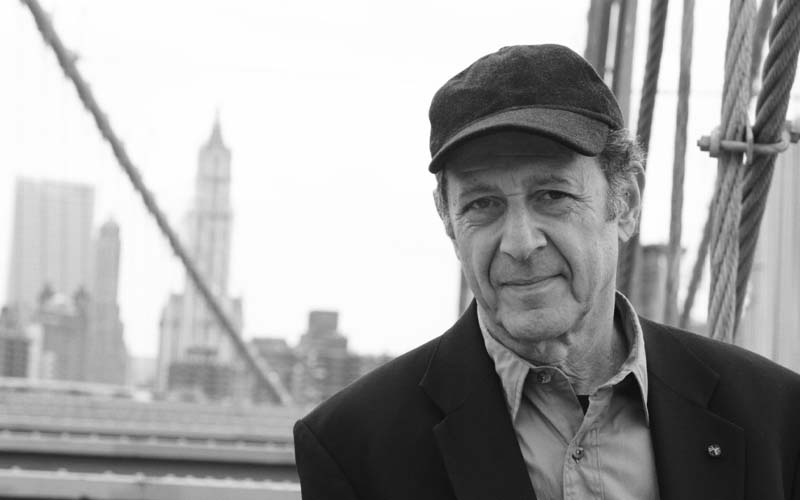 Both styles of music hinge on the concept of a central, repeated pattern (also called an Ostinato) that repeats over and over again and tension is then created and released by the addition and removal of other instruments, parts and lines around this central theme in a way that is pleasing to the ear – this is why it feels so good when the beat drops in a dance track, because the tension is created by the looping pattern and the addition and removal of other voices and then when it all kicks in it feels euphoric.

How To Compose Trailer Music

Music is as important to movie trailers as it is to full movies. However, trailers are generally much shorter and so you have the added challenge of communicating your ideas in a very short amount of time.

Generally speaking, when creating music for a movie trailer, the best approach is to watch the trailer through a few times without any music to get a sense of what the trailer is trying to convey. You may also want to get input from the director of the trailer about he wants it to feel and what he wants to communicate. It might be that the trailer will have a similar energy level throughout – this is often the case for action movies, on the other hand, you might have a trailer that tells a story in brief and so you have moments of calm and moments of high energy within a very short space of time.

Once you have your idea of what energy level you need to communicate for your trailer, you then need to think about timestamps for when key moments happen and how long you have to establish the mood (and any contrasting moods you also need to establish). From there, you can begin your compositional process as above – again, I’d start with the melody but try to keep your music ideas relatively concise – you can always repeat shorter ideas but longer ideas may not fit into the time you have with a trailer.

How To Compose Music Online

Composing can be a solo effort, but it’s also great to work and collaborate with others. Sometimes, these can be other composers and sometimes it can be other musicians with a different discipline to you. For example, Simeon Walker mentioned above is known as a pianist but often collaborates in his composing with a jazz drummer.

If you are composing and collaborating, there are a number of great tools that can be very useful.

Flat is a great online tool for collaborating and composing which allows users to login, update scores between each other and also input ideas with MIDI, with the score updating in real time as you go.

It also works on iOS devices as well so you can also compose on the go!

Fiverr.com is an online marketplace for session musicians (and other creatives). So if you have composed a part for French Horn or Pedal Steel or any instrument, you can engage pro musicians to record their part for you.

This awesome app is available on the app store which allows you to compose using existing loops to create your own songs. You can share these directly from the app to other users and social platforms like Soundcloud. 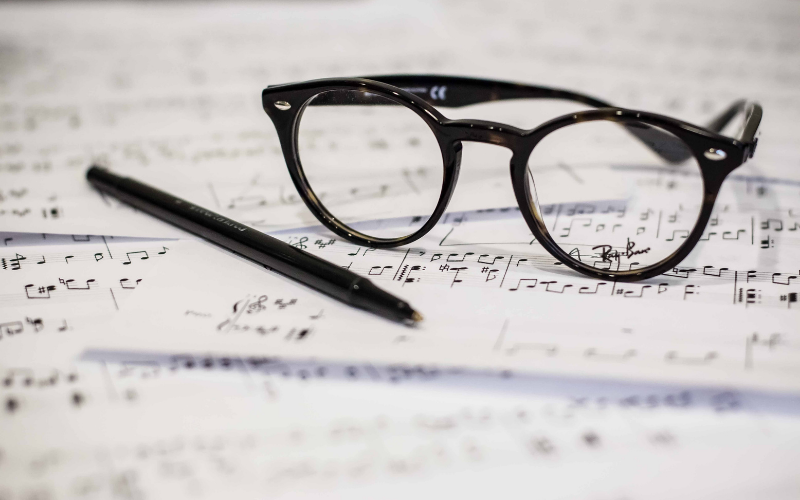 That Was Our Guide To Composing Music!

Composing is a great exercise and can be really fun and challenging. Having a plan and a structure for how you want to compose can really help drive ideas and lead you to a more cohesive and tangible result. Having said that, don’t over-think it – let your own creative sensibilities be your guide and don’t be afraid to be original. As Thelonious Monk said “play your own way. Don’t play what the public wants. You play what you want and let the public pick up on what you’re doing — even if it does take them fifteen, twenty years”.

How To Write A Verse: Verse Writing Tips

How To Compose Music: A Beginner’s Guide

Tips On How To Write A Song (Step By Step)

What Is Writer’s Block And How Do You Overcome It?