Are you a budding composer and want to understand more about the technical side of music-making, like how to decide what key a song is in and which is best? The easiest way to figure out the key of a song is by using the song’s key signature.

Working out how to decide what key a song is in, will help get you started as a writer. It can set the tone and atmosphere of your piece of music. But what is the best key to write a song in? Well, that will depend on what you’re trying to achieve.

So what is a key and what does it mean? In this article, we’ll explain how keys and scales work, and uncover the ways you can use them to define your track.

How to decide what key a song is in

The definition of a key in music can be described as a group of notes based on a particular note and comprising a scale, which forms the tonal basis of a piece of music. It forms the timbre and pitch of the piece. The key is the major or minor scale around which the music revolves  The notes making up the song’s melody and chords are derived from the scales.

How to choose a key for a song

A key is a tone that is central to a piece of music. The key is based on a structure based on a tone and gives the context of the melody, the harmonic quality of the chords, chord changes, and the emotion of the song. In short, the key indicates which notes will be sharpened or flattened throughout the piece, or until another key signature is introduced. This is known as tonality.

How to Improve Your Vocal Range: Tips and Tricks to Increase Vocal Range

How do you know what key you sing in?

First, you must find your vocal range. It’s important to find a key that is comfortable for your particular range and empowers your singing. Experiment with singing in different keys and find your lowest and highest note. Try recording your singing and listen back to get the feel for the best and most natural sound. Vocal range is usually measured in distance from the lowest to highest note. Voice types are Bass, tenor, alto and soprano. If you have a piano you can play the middle C note and work your way down and up the scale to find your range.

What is the best key to write a song in? 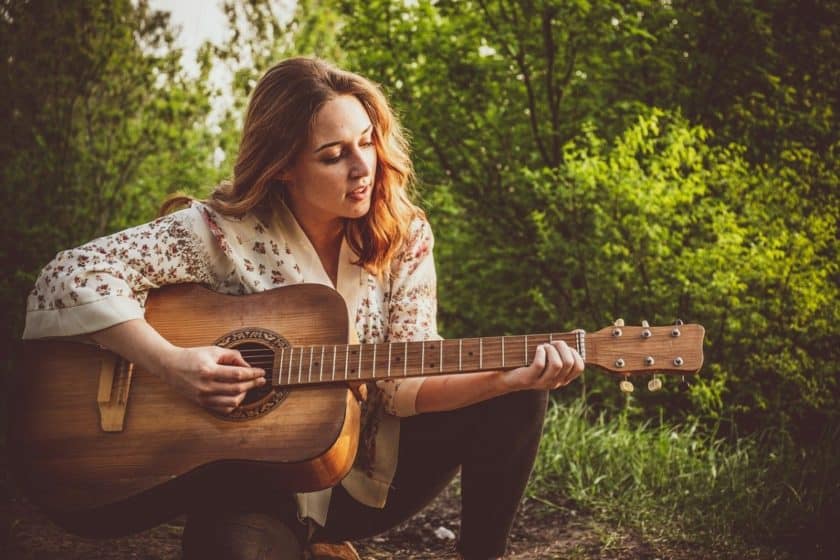 Next, you should think about your genre. Choosing a suitable key can help define this. There are some common keys for pop songs, for example. C major, G major, D major and A major account for more than a third of all songs. In pop music specifically, C major and G major along with A minor and E minor are often considered the best keys and scales. Many songs in the charts are built around the same four chords, such as James Blunt’s You’re Beautiful, I’m Yours by Jason Mraz and Can You Feel The Love Tonight from The Lion King.

What is the most used note in music?

A note that is used over and over in pop music is D, known as the supertonic, which is the second note in the C major scale. C is the tonic, D is supertonic, E is mediant and F is subdominant. Listen to these songs to hear this note played constantly and clearly. Cardigan – Taylor Swift, Love It If We Made It – The 1975, Can’t Stop The Feeling – Justin Timberlake, Get Lucky – Daft Punk ft Pharrell Williams.

How to pick a key signature

The best key to write a sad song in

The emotional impact of key choice should also be considered. The key choice affects your song’s energy Your melody’s highest pitches should coincide with the most emotive words. Singing at the top of your range can add power and meaning. If you want it to sound a bit more relaxed you can lower the key, in addition to a slower tempo. You can freshen up the song by changing the key for the chorus. Minor scales will add atmosphere and is perfect for creating pangs of pain or sadness.

Ballads were huge in the 80’s and 90’s and still top the charts today, but the modern-day ballad is very different from the traditional ballad. If you want to write a hit ballad song, you’ll need to find a unique topic and a way to add a contemporary spin to your track. Ballads are the... Read more »

What is the happiest key in music?

Songs that are bright, uplifting and happy sounding are often written in major scales, whereas minor scales can seem darker and sad sounding. It’s important to determine the emotional impact you wish to portray in the song when deciding the key.

To explain how this works here’s some more on major and minor scales. A major chord contains the 1st, 3rd and 5th degree of the major scale. A minor chord contains the 1st, flattened 3rd and 5th degree of the major scale of that note. A very simple way to remember and identify the sound of a chord is that a major chord sounds happy, whereas a minor chord has a sadder tone. It’s all to do with the third note, as the 1st and 5th act as the shell and the 3rd determines the sound, by flattening it or lowering by half a step on the keyboard. Generally, major chords are easier than minor chords to sing.

How to write songs in different keys

Key choices in demo recordings can be important. When putting a demo recording together it’s a good idea not to have all the songs in the same key. It might sound as though you can only play in one key, but more importantly, it creates a kind of listener fatigue with no variety. The singer’s voice is only one factor, the instruments and harmonies need to be considered when deciding on the key.

How to choose a key to compose in

But it might not be as simple as choosing just one key for your song. A key change is an effective tool for songwriters, used to build the piece to a climax. Or you might want to take a song in one key and move it to a different one if it’s too high or low for your voice. Changing the key in a piece of music is called transposing, which involves moving notes or chords from one key to another. Once a melody is composed and written in one key, that same melody can be transposed or converted to change the feeling of a song or to suit the range of the singer.

Singers known for wide vocal ranges have more choice over the songs they sing. Freddy Mercury had a range that exceeded 3 octaves. This he used to great effect in his songs.  Ariana Grande is reported to range over 4 octaves, as is Beyonce’s vast voice. Mariah Carey is known for her whistle register and 5-octave reach. You can extend your own range over time with vocal exercises, scales and practice.

Knowledge is power and this even extends to songwriting. Understanding the mechanics of music will give you far more control over what you create. You’ll be able to manipulate the tone and emotion of a song, as well as ensuring it makes sense, sonically. Composing may seem complicated if you’re unfamiliar with music theory. But with a bit of study and practice, you’ll soon be making beautiful tunes of your own.

Middle C is a good starting point for the average voice, male and female. However, if you have a very high or very low voice, this may differ for you personally. C and G major are often considered the best keys and scales for pop music, along with A minor and E minor. The vocal range is important when choosing the key so that the song feels comfortable for the voice.

It will be noted on the sheet music. Simply follow the notes on the score. Or if you’re very clever, you may even be able to recognise the key by ear – this will likely come when you have a much greater degree of familiarity with the notes.

Almost every song in the pop charts uses the same four chords. Historically, this also applies to some well known classical music. Some artists use a different chord progression, so it can be E, B, C minor and A, or C, G, A minor, F major.  Listen to comedy rock band Axis of Awesome, for a very funny and clever, clearly descriptive example of well known four-chord songs.

How do you decide what key your songs are in? What is the best key to write a song in, do you think? Let us know and share examples of your own compositions, in the comments section.