Home >> Advice >> How to Get Funding From PRS Momentum Music Fund

How to Get Funding From PRS Momentum Music Fund

Launching a music career can be very expensive. Touring, marketing and recording costs quickly add up, so how do you afford this, and what help is available?

If you have music ambitions you’d love to achieve, it’s time to find out how to get funding from PRS Momentum Music Fund. This renowned foundation offers grants of between £5-15k and has helped thousands of artists realise their goals in the music business.

Read on for our guide to the various schemes on offer, previous winners’ successes, artist eligibility and how to apply for a grant.

How to get PRS Momentum Music Funding

So you have a plan. It might include a festival tour, completing EP, self-releasing (including PR, marketing and radio plugs) and a music video. But how do you get to that point from where you are now? Chances are its cash that stands in the way and that’s where funding comes in, to help you from A to B.

Managed in conjunction with the Arts Council England, there are 19 funds in total via this organisation, although applications to three of these are by invitation only. Over 200 independent industry professionals work together to decide on the recipient, ensuring the process is fair and relevant. And as the PRS Momentum Music Fund has also recently become affiliated with Spotify, winners can expect to receive some great exposure.

Are you eligible for Momentum funding?

The next step is to identify if you’re eligible. If you can answer YES to the below questions you may qualify for the Momentum Music Fund and should consider applying.

If you can’t answer yes to these, don’t despair. There are options for funding from other organisations, as well as further schemes that come under the PRS umbrella suitable for producers, venues and those at different stages of their careers. More on the specifics of those later.

What Funding is Available for Musicians?

There are many music funding opportunities available for up-and-coming musicians, giving them advice and monetary assistance when recording music, touring or promoting themselves, including arts council funding, crowdfunding and PRS funding. Most musicians dream of making a living from their music but we all know that getting the funding to take those next steps to... Read more »

The PRS Foundation is the UK’s leading funder of new music and talent development. In the past two decades, it has spent over £32 million on 6700 new music initiatives. It has a great reputation in the business, for sourcing high-quality work and covering a wide range of projects – from unsigned band showcases and professional development programmes to music commissions and composer residencies.

As you can imagine, the demand from applicants is huge. Because of this, the PRS Foundation charity also supports recording costs through a variety of schemes including The Open Fund and Women Make Music, as well as Momentum. The fund can support costs that fall into the following categories:

Once you’ve decided to set up a crowdfunding campaign for your music, you might want to know what you are going to spend the money on in advance, this will also be helpful for people wishing to donate to know. How can singers use crowdfunding? Crowdfunding music sites make it easier than ever to raise... Read more »

Funding for music producers and organisations: The open fund

As well as supporting performers, the fund also helps venues, opportunities and projects that support the development of emerging music creators. This includes non-programming related work with emerging artists such as rehearsal spaces and workshops. Applications for these funds fall into the following categories.

If your organisation supports exciting and inspiring new music, be it through creation, performance or promotion you may be able to apply. It’s all about the quality of music, irrespective of the genre, and how your project helps develop new writers. Be clear about the type of audiences you’re trying to reach. It may well be worth collaborating with a specific writer, or group of writers on your application. As an artist too, you might want to form an Open Fund application with a producer or organisation. 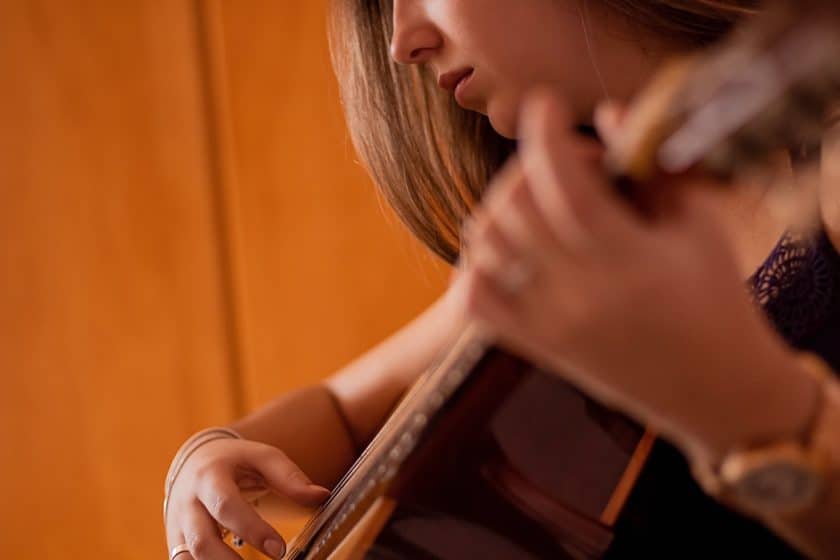 Women Make Music is one of the PRS music funds available but has more of a mission that just discovering fantastic new music. It carries the aims to break down stereotypes, raise awareness of the gender gap, encourage role models and increase the representation of trans and non-binary artists.

It’s open to songwriters, composers, artists, bands and performers who are creating their own music, but not organisations – these must be made via the Open Fund.

Look out for an announcement in December, for Women Make Music’s following year’s deadlines. Unlike Momentum, 86% of people who apply for this fund are first-time applicants and it can be a great entry point for funding. Many recipients will go on to apply for further grants. Awards are also slightly smaller, with a maximum limit of £5000.

Is it Harder for Females to Make it into the Pop Industry?

The gender gap in workplaces is under scrutiny. Women often receive fewer opportunities and lower pay in a lot of jobs. Is this the case in the pop industry too? Lots of songs featuring female vocalists are streaming and topping the charts right now, but how hard did they have to work to get there?  Statistics consistently show that... Read more »

How to apply to PRS for music loans

First, you need to identify which scheme – or schemes – you are applying for. Links to application the forms can be found on the website.

Here are some top tips for your application:

It’s important that your application is filled out accurately, in accordance with the guidance notes. You should read these thoroughly and double-check everything before sending it across. If you’re unsure of anything about the process, check out the site’s tips for applying and frequently asked questions.

Each fund has its own individual deadline and application process and some are by invite only. The details of these can be found by clicking here. You can apply for the Momentum Music Fund and International Showcase Fund twice in a year. The limit for all other funds is once per annum and up to a maximum of three separate schemes under the PRS umbrella.

If you’re involved with several organisations all making separate applications for the Open Fund, do take care that you’re not exceeding your limit. If in doubt, send an email to the team, who will be happy to offer advice.

Getting a grant from this fund is life-changing in terms of many artists’ careers. Especially for those on the cusp of a breakthrough, it provides the leg up needed to make their mark.

Take a look at the difference this funding made to the Ezra Collective.

Here are a few more examples of how the Momentum fund has made a difference to up and coming talent.

Spring King and Ben Khan: were among a wave of artists to receive funding from the Momentum Music Fund. Spring King told Facebook that winning has “granted us enough money to now record the album, stay on the road and keep doing what we love.” https://www.youtube.com/watch?v=28S2Y-E5imQ

Tom Misch: Funding from the PRS for Music Foundation is helping to cover the overheads (van hire, crew fees, session musician fees, hotels, petrol, per diems) for his band’s debut tour in the UK and mainland Europe, coinciding with a single or EP release.

Anna Calvi: is a fund winner now well-known for her three Mercury Prize nominations, one Brit Award nomination, a European Border Breakers Award and as a music writer on the hit TV series Peaky Blinders.

Brolin: used his funding for an EP release and tour. The singer, songwriter, producer and mixer has created his own work with names like Luke Abbott, Casually Here and Peaking Lights, as well as being a part of exciting new collaborations on the UK underground scene with FTSE and South London Ordnance, and remixing artists including Chloe Howl and Lulu James.

Andreya Triana: applied to Momentum with a view to developing her sound and reaching a wider audience. The funding enabled her to work with producer Matt Hales (Lianne LaHavas, Paloma Faith) on a career-defining album: Giants. Following critical acclaim, she went on to appear on shows such as Later with Jools and The One Show. 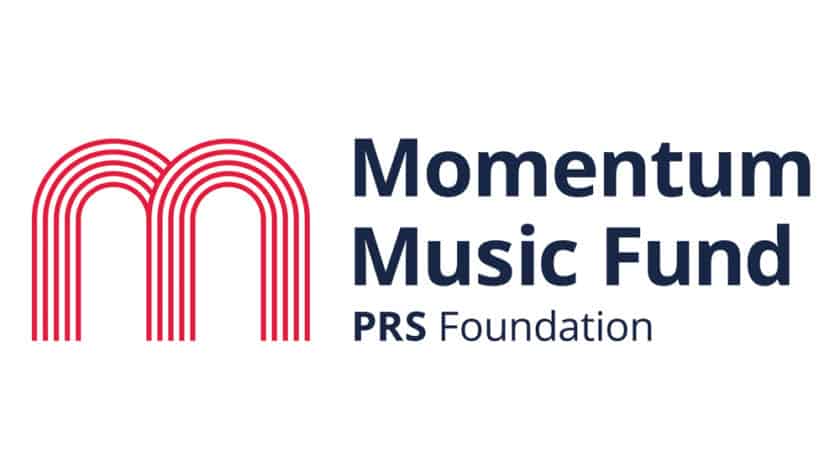 How do other winners use their funds? Here’s a list of recent grantees and the activities and services they’ve been able to access using their grants.

Have you considered how you would you use a grant?

The Momentum Music Fund offers grants of £5k-£15k for artists and bands to break through to the next level of their professional careers. With this kind of support on offer, applying – provided you’re eligible – is a no-brainer. But do bear in mind that getting your hands on this amount of funding won’t come easy. It’s fiercely competitive and you’ll need to demonstrate really exciting work.

If you’re not successful this time, try and try again. There are also many other schemes and grants available elsewhere, and while PRS Momentum is the most lucrative, there’s plenty more help out there for talented emerging artists who can demonstrate hard work, commitment and musical talent.

PRS is the governing body making sure that artists and music industry professionals receive their royalties whenever their songs are played on TV, radio, performed in public or recorded. It’s important to join PRS for Music so you can continue earning money from your work.

You can start by performing at open mic nights near you, and then trying to book gigs in local pubs, clubs or music venues. Our advice page has lots of information on getting started. The PRS Momentum scheme is not suitable for those with no experience at all – you’ll need to evidence some work.

Each scheme will have its own application process and set of criteria. You can expect to fill in a lengthy form with a detailed plan for how you’d spend the grant, as well as submitting examples of your work. Be sure to put time and effort into making a great application.

Have you applied for funding from the PRS Momentum Music Fund? How did you get on – have you received a grant? We’d love to hear about your experiences in the comments below.