Home >> Advice >> How to Make a Music Video on Your Phone | Smartphone, iPhone or Android

How to Make a Music Video on Your Phone | Smartphone, iPhone or Android

Do you want to increase your chances of getting spotted, grow your fan base and release tracks in a format that’ll get you noticed?

Platforms like YouTube and TikTok are now key in ‘making it’ as a musician. And homemade music videos have become the standard, particularly over the past year. So it’s important to know how to make a music video on your phone – smartphone, iPhone or Android.

Read on to learn the ways in which you can turn the powerful technology available in the palm of your hand, into something that could catapult your career.

How to make a music video on your phone

It used to be the case, that only amateur or early-stage musicians created homemade music videos. Big stars would always have large scale setups with often hundreds of extras, make-up and wardrobe departments, Winnebagos, catering, experienced production teams and lighting rigs. But as we are living in an unprecedented era, we’ve seen a shift. In 2020 some of the world’s most famous artists had no choice but to shoot their very own videos.

One of the most famed examples of this is Ellie Goulding’s Power. While the video underwent a detailed and expert post-production process, it was shot on the singer’s own phone – as can clearly be seen in the video.

How do I make my own music video?

If you have tracks you wish to release, making a music video should be a part of the process. Even if you create something simple, it’s far better than nothing at all, as it’ll enable you to feature on visual platforms like YouTube and TikTok. With so many artists being discovered on these apps and sites, it’s a no-brainer to upload your own content.

The good news is that you don’t need expert film-making skills or the best technology to do it. Most smartphones on the market today offer more than enough capability for a good result. That said, if you have a friend with a model offering a premium camera quality, it may be worth borrowing theirs for the shoot.

How to make a music video by yourself 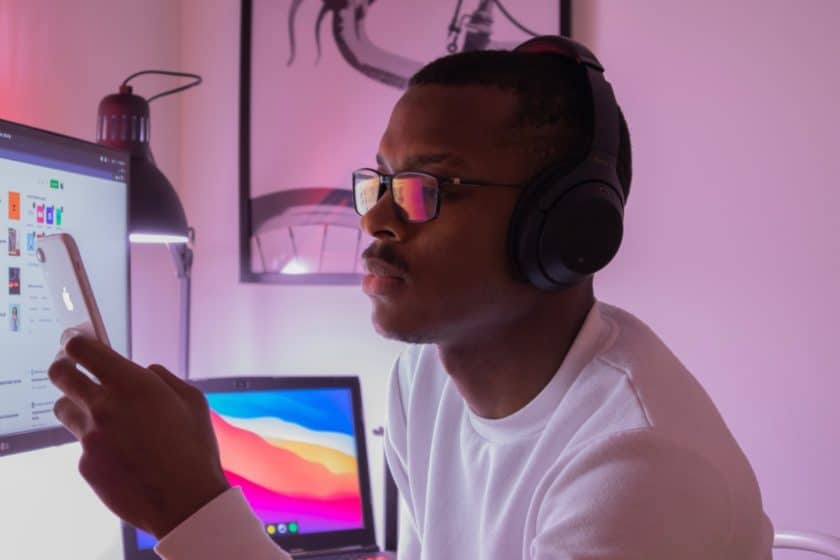 As with so many things in life, preparation and laying the foundations will make things much easier. Here are some tips for your pre-production:

A music video storyboard is a detailed breakdown of your music video, containing the sequence of shots to film in chronological order. In this guide, we cover exactly how to create a storyboard for your video plus include a free music video planning template example. We’ll also cover why you should create one; and, additionally,... Read more »

How to film a music video on your smartphone

Let’s begin with some top tips on filming a smartphone music video:

How to make a music video at home

Next, let’s talk about sound. If possible, you’ll want to overlay your video with a studio-quality recording. This means that your timing must be spot on. Practise along to your track ahead of time. Then, when shooting, place the exact track you’ll be overlaying and sing or play along with it. This will ensure you keep the time. Then it’s just a case of matching it up when overlaying the track on your editing software.

If you do decide to perform vocals and instruments live on your video, be sure to use a good quality mic and ideally, some acoustic panels if indoors. If outside, you’ll have issues with ambient sounds, so avoid windy days and noisy locations.

You could consider a green screen shoot (this is where it’s shot in front of a green screen, then the green is replaced with another background in pst production). This is advanced though and will require editing apps/software to support a green screen – and a green screen. If you want some dramatic effects, like explosions, or animations, that can’t be recreated in real life, this is the way to go.

How to make a music video on your iPhone 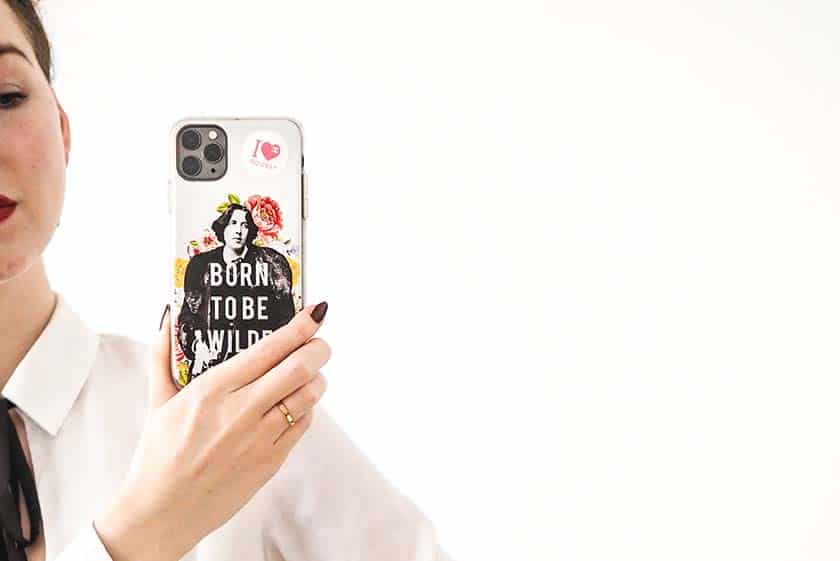 There are some functions unique to Apple’s devices. For example, the AE/AF lock function. If you wish to focus on the subject in the foreground and blur the background, simply press and hold on your camera screen while the person or thing that you want to capture is in the foreground. You can also give your background and foreground their own exposures. Simply swipe up or down on your screen and you’ll find a vertical slider beside your AE/AF lockbox. Use this to alter the exposures.

Fancy some slo-mo or sped up action? If your operating system is IOS 8 or more recent, you’ll have access to time-lapse and slow motions functions. But don’t worry if not, this can be incorporated during the editing process if not.

How do I make a video with music on my phone?

If you’re out and about shooting, you’ll need to conserve your battery. Buying a portable charger may be the best option, or, with IOS 9 and above, you can maximise your charge with the Low Power Mode setting.

Apple has its own iMovie software enabling you to edit your videos. This can be used from your phone, transferred to a tablet, or Mac. You can find out how to add your tracks and create sound effects on iMovie here.

How to shoot a music video with an Android phone

Android phones don’t have the benefit of an advanced generic editing app like iMovie. While each model will come with some basic editing software, it’s unlikely to suffice, so you’ll need an app (we have recommendations for this further along in the article).

In terms of the actual shooting functionality, there are a few Android-specific tips. Be aware that turning on the video stabilisation mode enhances your video stability but may affect the video quality. You can also use your Google accounts to directly incorporate things like pictures and collages into your video. 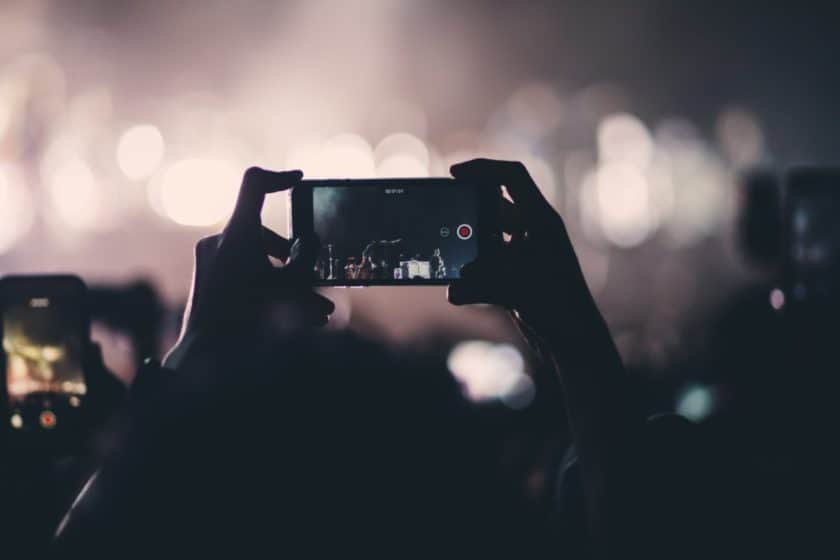 Another option for your smartphone music video is a lyric video. These are especially popular on YouTube and can be created with some very basic software. It makes it simpler in that you’re not having to time lip-syncing with the track. But lyric videos will likely attract less attention than a more creative option. And lip-syncing isn’t always necessary.

You can make an interesting and dynamic set of shots, by using clips of dancing, scenery, electronic imagery and more. This sort of thing works especially well with lots of filters and effects, suiting beat-heavy tunes. Rap and ballads, on the other hand, suit one artist performing their track directly to the camera.

Where Can I Upload My Song for Free Download?

Streaming is big business, but what happens if you want to listen to tracks offline? First, it’s worth knowing a little about what’s involved, the differences between streams and downloads – and why it matters. There are a number of sites offering music fans both uploads and downloads at no cost. While they won’t make... Read more »

Shooting a music video on your phone for free

Once you’ve shot your video, you have the option to send it away for post-production – editing and effects. This will cost you a substantial fee, so if you need the job done for free, you should make use of some of the apps available.

Another technique is to use footage from a previous gig and edit it. You can overlay a better quality soundtrack but keep the visuals. If you’re creating a band video this might be a good call. Filming a group of people, including various instruments and lighting it all, can be very complex.

Once your shoot is complete, you can either transfer it to a computer with editing software or use an app and do it on your phone. Once you get to the editing stage, don’t forget to add a title and your credits. This will make it look more professional.

What is the best app for making a music video? 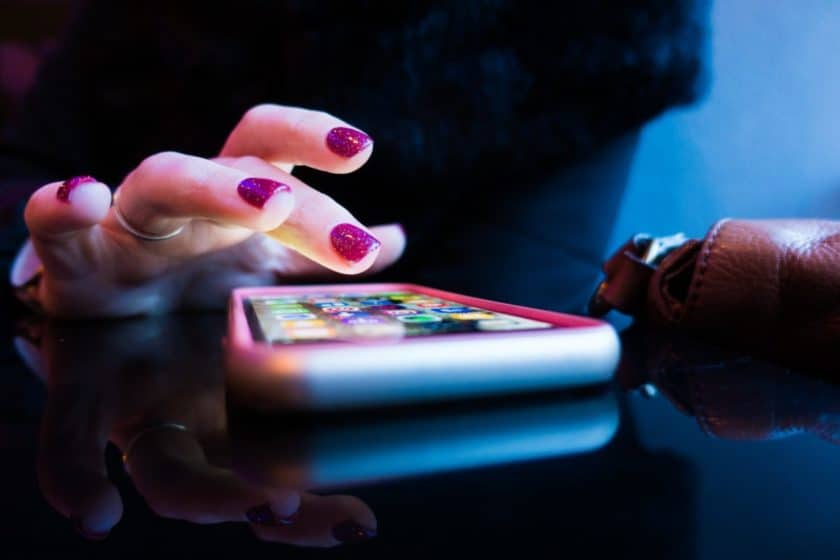 There is a whole range of different apps on the market, so it’s worth scoping out the right one for you and your video type. But here are some of the best ones that you might like to try.

FilmoraGo (Android and iOS) is free to download and easy to use with themed filters and effects. It also enables you to export the finished article directly to YouTube.

ActionDirector (for Android) is a good choice if you plan on a lot of slo-mo or speeding up. It’s another free app.

KineMaster (Android and iOS) also allows you to export directly to YouTube. Alongside visual features like colour filters and blending modes, it’s audio offer is strong with EQ presets, ducking, and volume envelope tools for an immersive audio experience.

Making a music video yourself can be a whole lot of fun. As a musician, you have a natural creative flair, this is the time to play around with it and experiment. As it’s not a live medium, you have plenty of margin for error, as you include the good bits in your final cut. And if you’re stuck at home at the moment, it’s the perfect way to productively pass the time and make something you can be proud of.

YouTube has long been the go-to space for free digital video content. But you can also check out TikTok, Bandcamp, Instagram, Vevo, MTV online, Vimeo and SoundCloud. Be aware that if you’re not paying for a premium subscription, you may have to endure some adverts.

According to Guinness World Records, the longest ever music video is 177 days, 16 hours, 10 minutes and 25 seconds long. It was made by the American band Twenty One Pilots, over a period spanning 21st June to 16th December 2020. Streamed live on YouTube, it included video submissions from fans.

Have you made a music video on your phone? Do you prefer to use an iPhone or Android to create your content? Tell us what you think and share your videos in the comments below.