Home >> Advice >> How to Shoot a Low-Budget Music Video

How to Shoot a Low-Budget Music Video

Music videos are a great way to shine a spotlight on your music and can make yourself look more attractive and professional to promoters and bookers. Even with no budget or experience, a professional looking music video can be made with surprisingly few resources. Here are our top tips on How to shoot a music video on a low budget:

No DSLR? Use your phone to shoot the music video

If you don’t have a professional camera or can’t borrow one from a friend, an iPhone or Android can work just fine and will give you a good enough resolution to upload on YouTube. 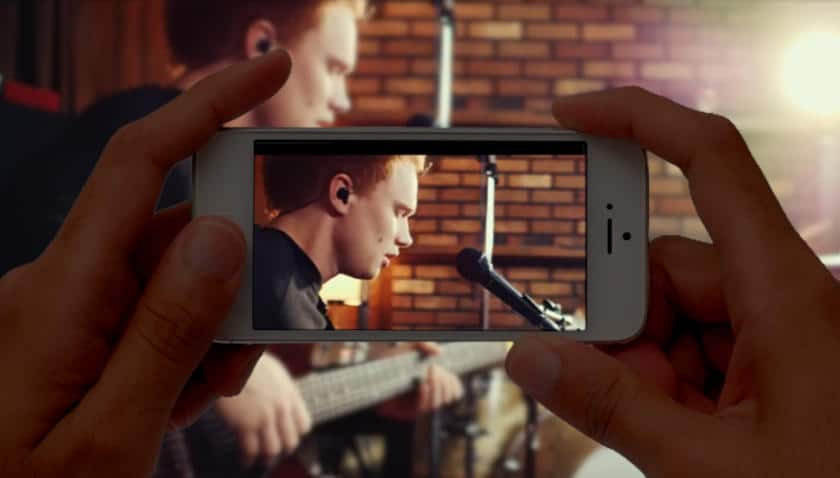 Be sure that you shoot your music video in landscape mode and use the back-facing camera as this side films with much higher quality than the front.

Also, make sure that the level of brightness stays consistent while you move around in front of camera by locking the exposure. There’s a function to do this on both Android and iPhone devices.

You’ll need at least one person to shoot the music video, so ask a friend that you trust and, ideally, someone who has some filming experience.

If you’re struggling to find someone, seek out film students on social media via Facebook groups and ask for their support. Many will seize the opportunity and do it free-of-charge in exchange for the experience and exposure.

How to Source Dancers and Extras for Your Music Video

While professional equipment and special effects can be costly, putting people at the centre of your video can be entertaining, while not as pricey as you might think. Casting actors, models, music video extras and dancers may seem expensive, but don’t be discouraged – we’ll tell you exactly how to do it, even on a... Read more »

Shoot your music video outside

Shooting indoors comes with more challenges. It’s harder to get the lighting right and requires more effort, as you have to adequately design your set.

If you don’t have the funds to invest in professional lighting equipment, the best method is to shoot outdoors, where you have an endless set and natural light at your disposal! Try to shoot at the so-called ’golden hour’ — either shortly after sunrise or before, when the sky is redder and softer in lighting.

Shooting outside will also give you the chance to film plenty of b-roll footage — like the sky, trees, cars or any props — that will enrich your music video and make it easier for you to edit between scenes.

Don’t worry too much about the story

If you have a story concept for your music video, then great, go for it. But if not, don’t let that hinder you from filming a music video. As you’re getting started, your main focus should be on creating a well-made video that shows off your music — rather than a film with your music as its soundtrack.

An elaborate storyline, if done wrong, can quickly detract from the power of music. Pick one main location and play around with it. Prioritise your song over everything.

“Simple is better. Telling a story visually usually takes a lot more time and dedication but can be totally worth it! Decide early if you want to tell a story visually or showcase your actual performance.” – Fuel On Fire, a rising indie-band based in Nashville, Tennessee

Stick to the 3-shot rule

For every scene you film for your music video, make sure you film at least three versions — a close-up, a mid-shot and a wide shot. Music videos are often made up of fast cuts — each shot often doesn’t last longer than 2 seconds, so make sure you have plenty of material to play with when you edit the final video. Over-filming is always better than not having enough material.

“A music video could be ANYTHING. Don’t try to follow rules. Be creative and spontaneous.” — Fuel on Fire

If done hastily, music videos can do more harm than good. While you may want your videos to look like Beyoncé’s Lemonade, you probably don’t have the resources, money, or crew to do complex shots. Keep things simple and your video will look more professional as a result.

A Camera that can film in HD — If you don’t have a DSLR, an iPhone or modern android phone will do.

A tripod or stabiliser that can hold a smartphone, to ensure that your filming stays smooth.

A small speaker you can use to play your song while filming.

Have you ever created a music video? We would love to hear about your experiences in the comments — don’t forget to leave a link to your video so we can have a look.

This is just what I needed, I wanted to be able to conduct my shoots, thank you

6 Reasons You Should be Collaborating with Other Artists

How to Shoot a Low-Budget Music Video