Home >> Advice >> How to Sing in an American Accent

How to Sing in an American Accent

Artists often use dialects other than their own in performances and recordings – so is singing in an American accent something you should do also, or should you stick to your natural accent?

Learning how to sing in an American accent can be useful in many genres of music and may suit your style. It’s not difficult to do and might even happen naturally for you. If not, a few simple pointers will have you sounding like you’re from the USA in no time.

Want to learn how to sing in an American accent? Read on to find out if you should adopt an accent and what you need to do to achieve it.

How to sing in an American accent

Do any of your favourite artists sing with an American accent? Chances are many do. Some of them may be US-born and bred, but others will be following a longstanding pattern that became common during the emergence of popular music. In the 1960s, 1970s and 1980s singing with an American accent remained the norm. In those days America led the music scene. However, things aren’t quite so linear in the industry now as UK artists singing with their own accents continually break into – and rise to the top of – the US market.

In the 1990s, bands like Oasis with their Mancunian accents and Blur with their cockney ones helped change musical fashion. And there’s been a recent rise in the number of different British accents hitting the charts – like Stormzy’s south London accent, Lewis Capaldi’s Scottish sound and Cerys Matthews Welsh dialect. Whereas others like Cheryl Cole, Adele and Jamelia choose to adopt a US sound.

Choosing a British or American accent – Singing in your own accent

You can sing with any accent you choose, but you may have to emphasise it in order for it to shine through. This means having clear diction – something that’s important in your singing performance, with or without a discernible accent.

However, you should choose an accent as part of your image and stick to it. Don’t sing some songs in one accent and some in another (unless you’re singing in character, as per a musical theatre show or doing impressions). And what you pick may depend on your genre. 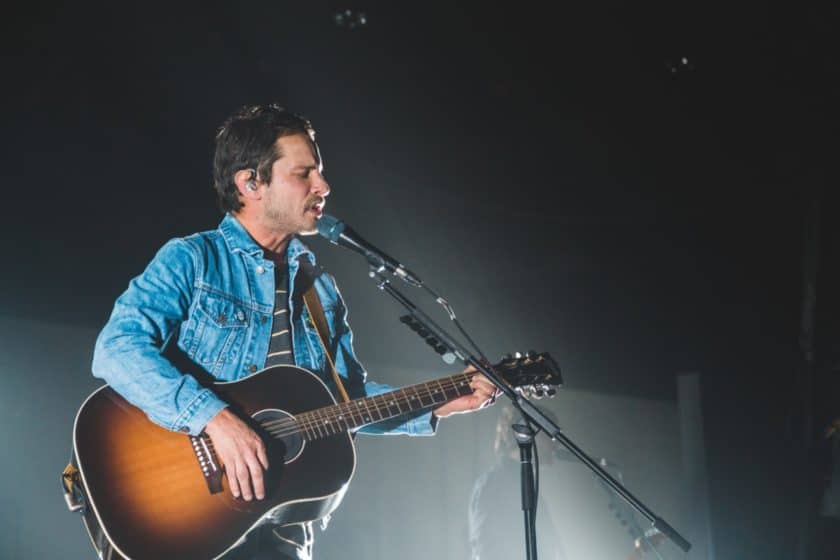 Here are some of the mainstream ones and common accents that are used by Brit artists (not American ones) in that field. This may help you work out the best one for you. Do bear in mind that there are no set rules where this is concerned though and is just an approximate guide.

How To Sing Pop for Classical Singers | Can Opera Singers Sing Pop?

There are many different types of vocal technique and musical genres. But it can be tricky to cross over from one to another, especially when they are very different styles. So, can opera singers sing pop, or are they limited to classical music?   You can certainly learn how to sing pop – for classical... Read more »

Is there a standard American accent?

There are many different accents and dialects found across the USA. Somebody from the deep south will have a very different sound to a person from New York, with Mid-west and Californian ones being different again. With 50 states and a country that outsizes the UK by 40 times, there’s bound to be a huge amount of variance. Our relatively tiny island has many distinct accents, and that is magnified across the pond.

In the UK we have something called RP – received pronunciation. This is an accent that was once categorised as a ‘standardised’ UK accent. The USA has something similar, called rhotic, and this forms the standard American sound we might adopt as British people taking on an American accent.

Rhotic is mainly characterised by its pronounced ‘r’ (as in ‘sure’) and what’s known as a dark ‘l’ (bottle).

It should be perfectly possible to learn how to sing in an American accent by listening to others and practising yourself. Most singers don’t have any formal lessons or training in it, rather just picking it up by ear, or for some, without even realising they’re doing it. But if you want to get into singing very precise accents – this will be the case if you specialise in professional musical theatre – you’ll need to use what’s known as the phonetic alphabet. This is a tool for breaking down sounds.

Letters of the traditional alphabetic can be pronounced in many different ways depending on your accent. The phonetic alphabet enables you to translate sounds from different dialects to the letters/words you’re reading and singing.

Do you have a regional accent and wonder whether you should emphasise it when singing? Or do you prefer to use an American or neutral sound? Singing with an accent   Many acts have songs with accents that are distinct, and combined with great vocals, this makes them instantly recognisable. As such, singing with an accent can... Read more »

Is an American accent nasal?

Not all of these American accents are nasal. Some are deep and smooth. But in general, many do have a more nasal quality than British accents, especially those from the East Coast. Take care not to overdo it as you don’t want to sing through your nose, but a slight nasal twang can give a bright and powerful quality to the voice and be beneficial when singing pop.

If you’re concerned using an American accent is making you sound too nasal, can try this little trick: pinch your nose as you sing. If the sound disappears, you’re relying too much on your nose to create the sound and if it sounds good, you’re doing it right.

In order to get your head around how to do an accent, you must understand about something called placement. This refers to where your tongue goes and the shapes your mouth makes to produce each sound. By knowing how to change your tongue or lip placement accordingly, you can imitate any other accents you like.

As American accents are so familiar, in-depth accent study most likely won’t be needed. And you may not have to worry about your placement, it might just flow. But you do need to be aware of changing the way you sing a few letters of the alphabet. These small tweaks will make a big difference. Luckily it’s normally easier for a British person to copy an American accent than the other way around.

How can I get an American accent fast? 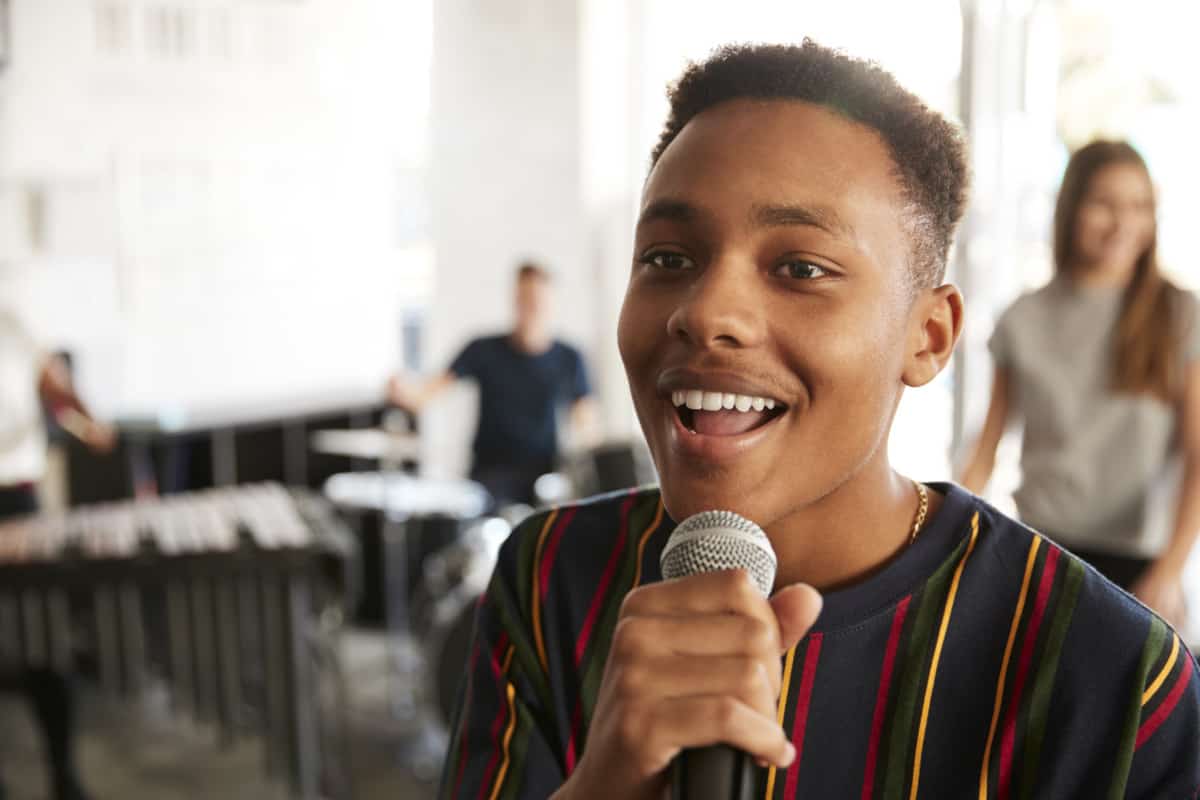 Here are some quick-fire amendments you can make to your pronunciation to change your sound to an American one. Follow these six directions and you’ll entirely change your accent. It might take a little practice to get used to singing your lyrics differently, but it’s very straightforward.

Make these changes gentle. If they’re too over emphasises, your accent may sound fake and phoney.

As a singer, having lots of strings to your bow is always an advantage in a competitive industry. But should you sing in another language and will it really help your career?    Singing in a foreign language increases your potential global reach and some musical genres require it. Even if you only sing the breakdown... Read more »

Remember, just because you use an American accent for your music, doesn’t mean you should use it for talking. Singing in an American accent is widely accepted and is a very different matter. If you’re not from the United States you’ll sound pretty silly doing that accent when chatting.

And of course, if you’re American it’s totally fine to sing in your own accent, regardless of your musical genre. Copying British accents isn’t something that’s done – yet! Who knows, it may end up being a new trend one day.

No, not at all. Thanks to a digital diet of US movies, Netflix series, music and TV shows we’re well-accustomed to hearing it. This usually makes picking it up and singing with it super easy and natural.

They don’t always, it depends on the singer’s style and genre. But in many types of music and some mainstream pop, it’s hard to identify accent, as the

A sing-song voice or accent is one that rises and falls in its notes, rhythmically. It is often used to describe a slightly irritating way of speaking, rather than reflecting a melodious voice, due to the repetition of the cadence and modulation.

Are you British but choose to sing and perform in an American accent? We’d love to see videos or tracks of you singing US-style, post them in the comments below.