Folk may be one of the oldest genres of music around, but it’s here to stay. Folk has seen a recent upsurge into mainstream music and though it might not be the first genre you think of writing, folk songs are a great choice for beginner songwriters.

Compared to others, Folk is a relatively undemanding genre of music, making it ideal for novice songwriters or lyricists wanting a ready-made structure to embellish. These songs typically follow the same structure and chord patterns, and folk’s simplicity is what makes it striking.

Folk music is steeped in tradition and has long been used as a means to speak out about political, social, and personal issues. If you’re looking to write a song from the heart and get your voice heard, writing a folk song is an original way to do just that.

What makes a folk song? 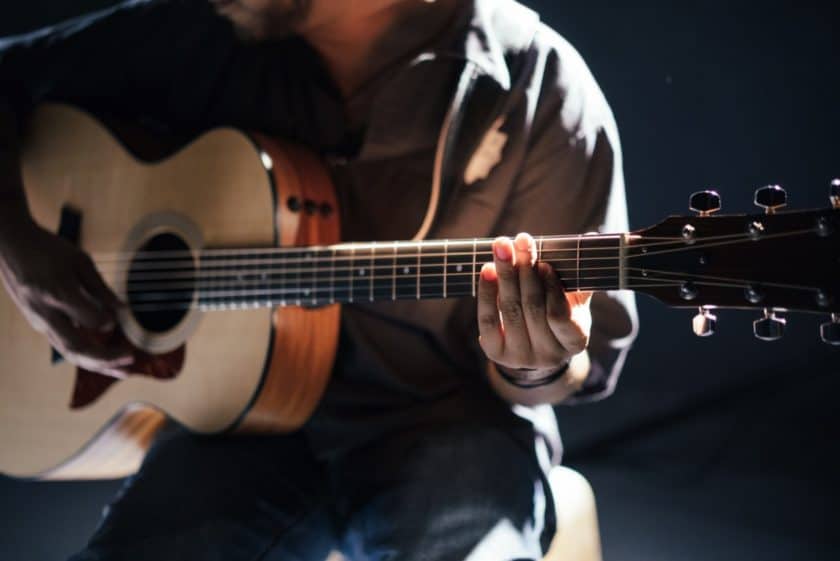 By dictionary definition, a folk song is: “passed by oral tradition from one singer or generation to the next, often existing in several versions, and marked generally by simple, modal melody and stanzaic, narrative verse.”

People often think folk music and country music are the same thing. There’s some truth in this, as country music evolved from folk and the two genres share lots of crossovers. But folk music has one distinguishing trait; its focus on folklore and moral teachings.

Folk is described as the “music of the people,” and has existed since the early 19th century. Folk songs are often a lot less commercialised than country music because folk songs aren’t solely written as means of entertainment, but to record memorable events and to pass on moral teachings.

How to Write a Country Song

When thinking of country music, cowboys, banjos, and western imagery might come to mind. But there’s much more to country songs than the typical western tropes and writing a country song is a great way to widen your musical scope.  Country songs are often written with a guitar accompaniment, but you don’t have to be an instrumentalist to... Read more »

For centuries, folk music was relied on as a way of passing down traditions through generations. In the early days of folk, communities would write songs to document historical events or social teachings to keep a record of significant events.

Folk music has changed a lot since its origin in the 19th century, but a lot of traditional folk topics have stayed at the heart of the genre. Folk song topics often include:

Folk is a very traditional type of music and tends to be quite simple in terms of structure, chord progressions, and melody. The structure of a folk song can vary a lot depending on the sub-genre of folk song you’re writing, but these are the two most common formats:

Folk songwriters often opt for structure 1, because repeating choruses are more catchy and engaging for the listener. Another trick to keep your audience entertained is to add a bridge after alternating choruses to keep your song sounding fresh.

To decide which structure to use for your song, you might want to experiment with a few different formats to work out what works best with your topic, melody, and chord progressions.

How do you begin to write a song? 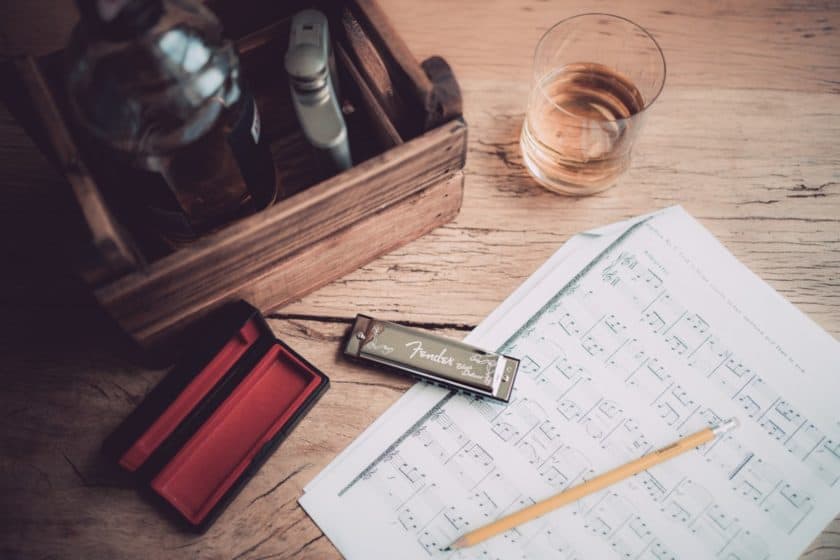 When it comes to songwriting, there are four main components you’ll need to consider: your melody, your lyrics, your song structure, and your chords. Writing your melody is a good place to start when creating a folk song because it’s the baseline that you can keep drawing back to for guidance and inspiration during the songwriting process.

To find your melody and start writing your folk song, try these four steps:

How to Get Inspiration to Write a Song: Ideas & Title Ideas

Writing songs is not always easy. All songwriters struggle to generate new song ideas from time to time, and when writer’s block happens, getting inspiration for writing songs can seem impossible. However, there are some helpful methods to spark your creativity to help you come up with some very good song title ideas. When you’re... Read more »

What is an example of a folk song?

One of the most famous folk-rock singers is Bob Dylan, whose songs include “Lay Lady Lay” and “Like a Rolling Stone.” Folk songs can vary hugely in terms of sound and style, however, because folk has lots of different sub-genres including traditional, bluegrass, folk metal, and folk-punk (among many others).

How to write folk song chords

You don’t need to be a skilled instrumentalist to write a folk song – but writing your melody with an instrumental accompaniment can make finding your tune a lot easier.

String instruments are at the heart of folk music and guitars feature on most of the genre’s tracks. Chord progressions are an important part of folk songs and go a long way in creating a melody and beat. While there’s no standard folk chord progression you can learn, there are some typical chord patterns that are used time and time again in folk songs, such as:

Whether or not you play the guitar, it makes a great backing instrument for a vocalist and there are lots of good songs to sing with it. There are so many different songs from so many different eras that work very well sung alongside a guitar.  Singing with a guitar is a popular choice of... Read more »

How do you write a good verse for a song?

Most songs, regardless of the genre, set out to tell a story. Folk music is especially focused around storytelling and every verse and lyric is carefully crafted to create strong imagery and tell a tale.

To write a good verse for a song, you should focus on your lexical choices, structure, and flow. Here are some tips to write a good folk verse:

Folk may be one of the oldest genres of music, but that doesn’t mean it’s outdated. This genre has seen a resurgence in popularity in the past few years, and writing a folk song is a great option for lyricists wanting to create a catchy track addressing politics or societal issues, or for a songwriter who wants a pre-made structure or chord pattern to follow.

How are folk songs created?

Traditionally, folk songs were created by families, church musicians, or villagers and passed down through generations. The songs weren’t recorded or written down in the early years of folk; they were played and memorised as part of oral tradition and would be reviewed by the community, who could change and adapt the piece after it was performed.

Have you written a folk song? Leave a link in the comments and we’ll check it out!