Ipswich is the home to plenty of open mic nights at a variety of music venues. Open mic nights in Ipswich are most commonly found in live music pubs. If you’re looking to play at a music venue with a supportive audience, Ipswich open mic nights will provide you with the perfect opportunity to showcase the style of music you enjoy the most.

Looking for an open mic night in Ipswich? In no particular order, these venues attract the best of the city’s breakthrough musical talent. 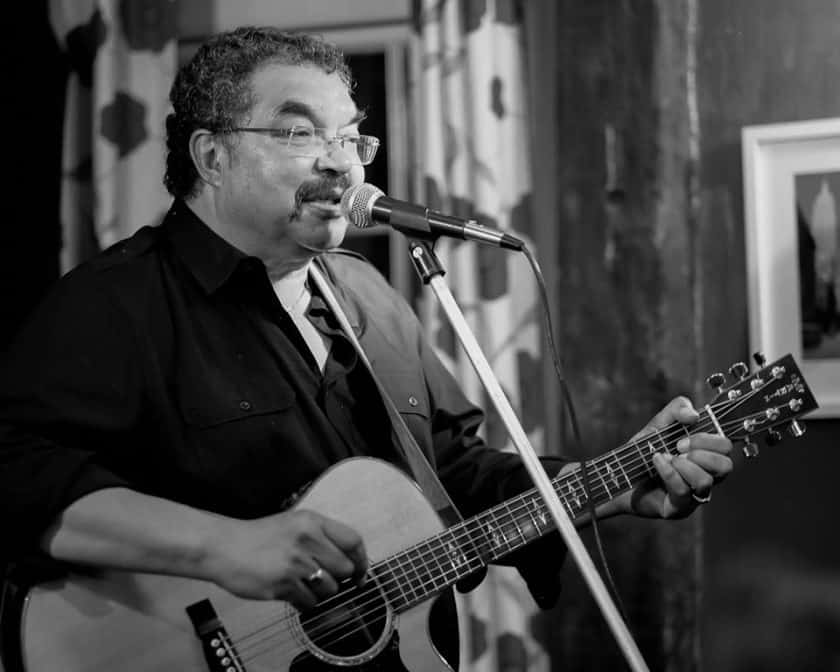 The Steamboat Tavern is a fantastic bar overlooking the river Orwell. Every other Friday, local musicians descend on the venue for a night of brilliant open mic music.

It has proudly played host to many artists throughout its history, one of which played there in 2014 – Ed Sheeran!

A p.a system is supplied here, however, if you play an instrument, you’re recommended to bring your instruments.

Entry to the open mic event is free and anyone is welcome to perform, as long as you turn up on time at 8pm. All styles of music are welcome here too – you’ll be met by nothing but support. 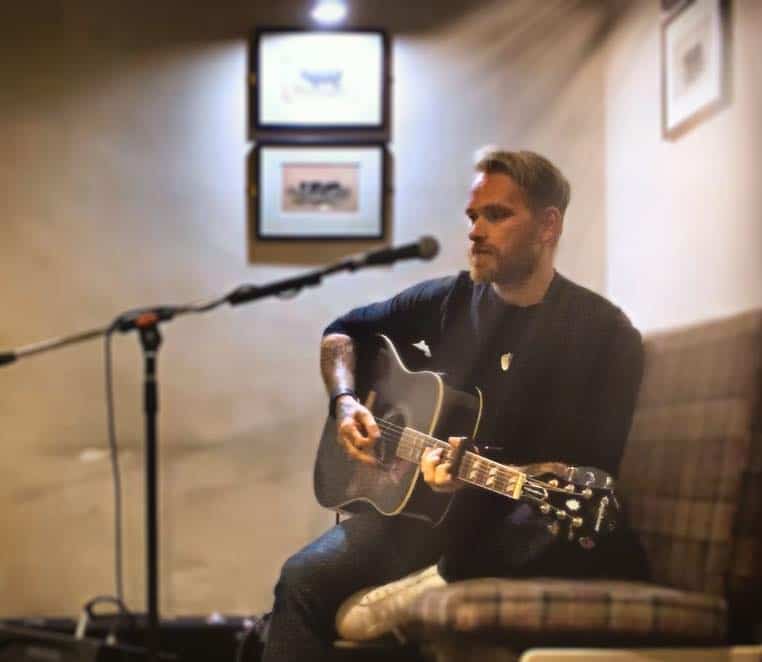 Every Thursday, one of the longest-running open mics in the area opens its doors to musicians of all genres and backgrounds.

There’s no need to pre-book here, just turn up and sign up on the night. It’s a fantastic town centre venue with a friendly crowd every week.

A full p.a is provided. The event is run by Backline Open Mics who have been running it here for six years now. It’s certainly one of the favourites with locals and visiting musicians alike.

Join the group down at the Briarbank every Tuesday for their open mic nights, hosted by ‘Misery Guts’.

Whether you are a singer, comedian, musician, or poet, this is your chance to show Ipswich what you’ve been working on.

In terms of music, everything is welcome; from rap, to rock, to classical music, all genres are supported here.

Sign up is from 7:30pm, with the first person taking to the mic at 8:00pm. Entry is free, and it takes place in the upstairs taproom.

Open Mic near me 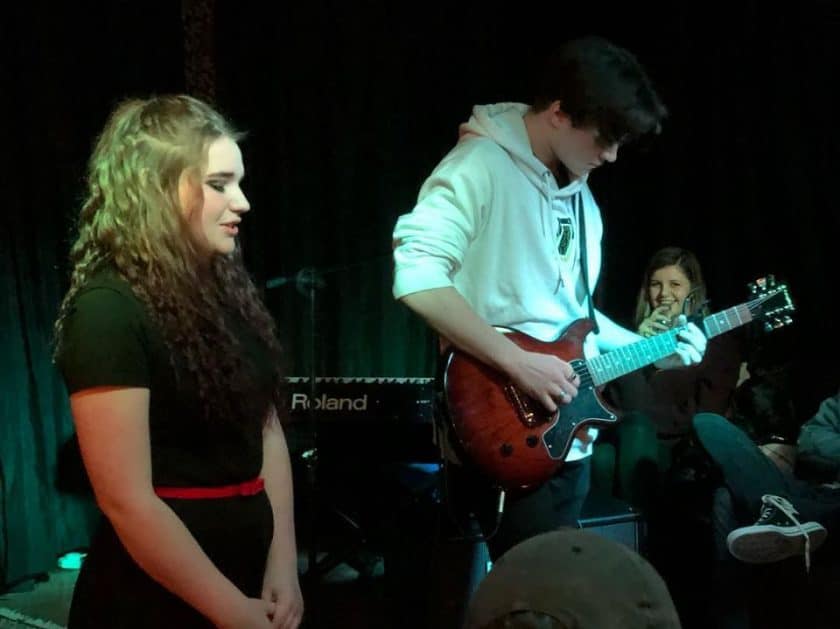 Every second and fourth Wednesday of the month, The Angel hosts a brilliant open mic night in Woodbridge, just outside of Ipswich.

Known for its charming interior, this pub has a truly epic selection of gins available, should you be so inclined after your set.

Run by Merlyn, this small pub always pulls in a big crowd without fail. All genres are welcome at this one – everyone will support you no matter what style of music you choose to play. 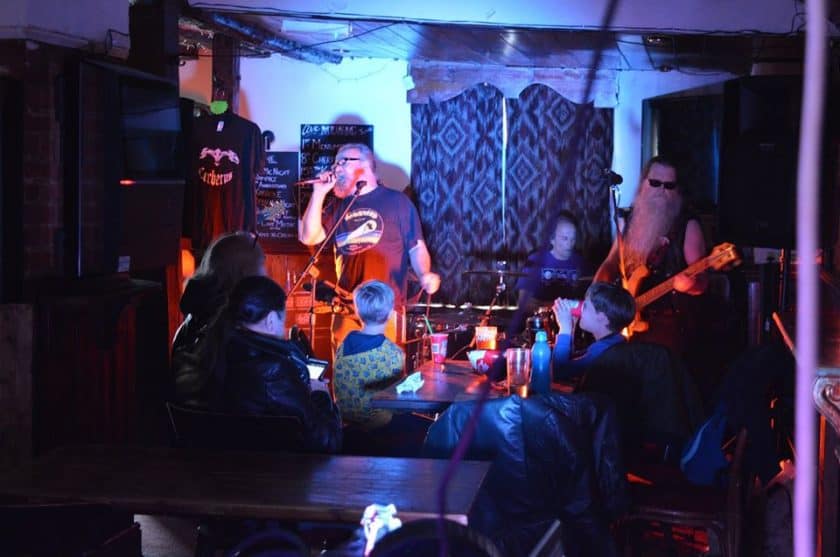 Looking for an open mic on a Wednesday? Bring along your guitar, Cajon, or your singing voice down to The Black Horse next Wednesday and get involved.

This open mic is great for everyone who’s into rock music. All genres are welcome to play at this open mic, but generally, the venue is known for the great rock musicians it hosts.

It’s one of the best open mics to come down to if you don’t fancy playing as well – you can just enjoy a fantastic night with some of Ipswich’s most talented musicians. 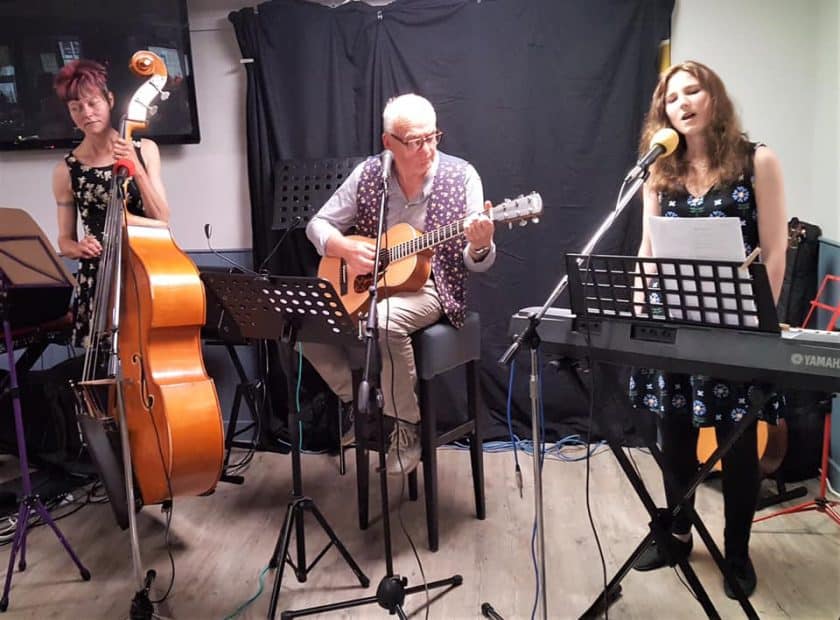 This fabulous open mic night, ‘Stand and Deliver’ is a worthy mention to any music enthusiast from Ipswich — it’s one of the most popular in town.

With a bustling online community on their Facebook page, these guys never fail to hype up everyone before each event.

You’ll find high levels of support at ‘Stand and Deliver’ open mics, producing a lively and exciting vibe for both spectators and performers. Slots for the open mic are available or the night, or can be secured in advance by turning up early. 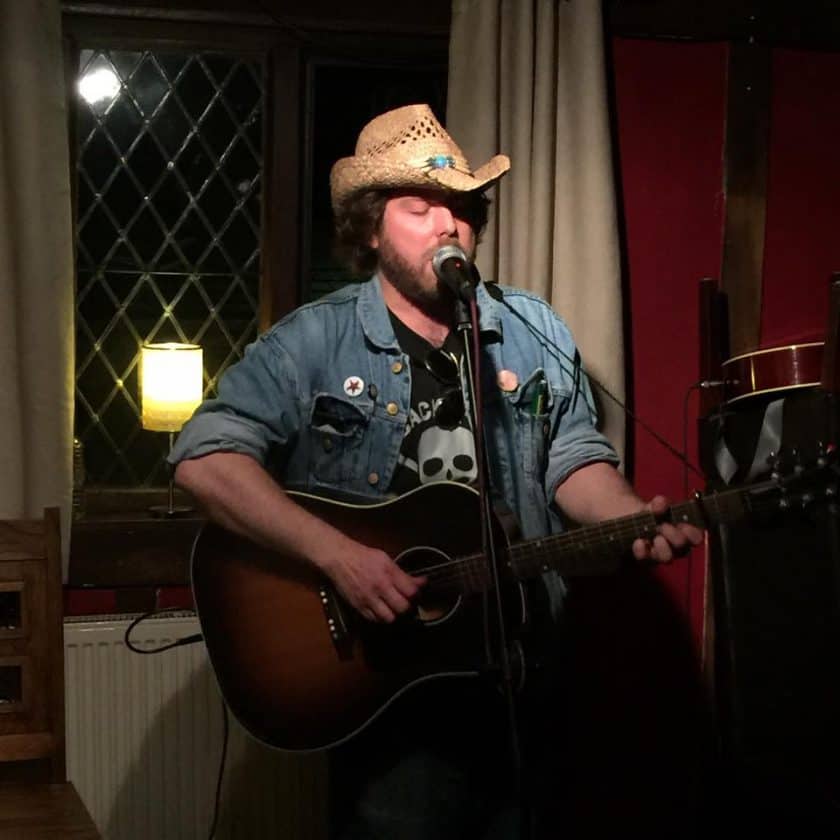 The open mic events at Needham Market Community Centre draw both experienced artists and new talent to perform every third Thursday of the month.

Starting at around 8pm, this one is hosted by Bill Pipe. Every artist who comes along gets a 15-minute set (usually 3 or 4 songs).

After everyone has had a turn performing, they restart and give everyone another go. There’s a fantastic community feel here – it’s not one to miss if you’re looking to meet other likeminded singers and musicians to jam with.

#8 The Case is Altered: Open Mic 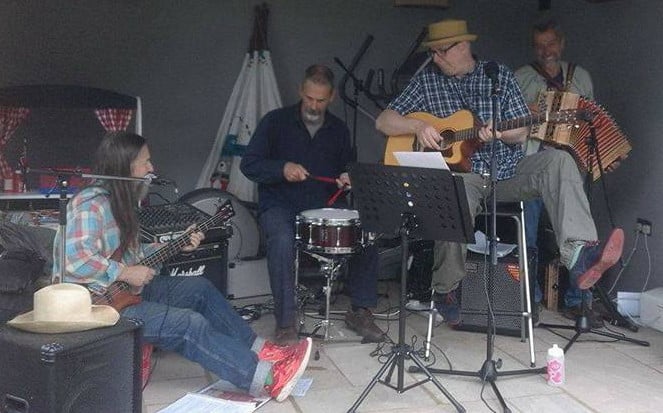 ‘The Case is Altered’ is a charming local pub that runs an open mic every month on a Tuesday from 8pm.

A full p.a system, mic and drum shell are provided here but you can bring your own if you’d prefer. The audience is very supportive of every performer, no matter your ability or genre.

This pub offers a great stage for any local unsigned acts to build recognition and following. The hosts make sure that, even if this is your first live musical performance, you are supported throughout your performance. 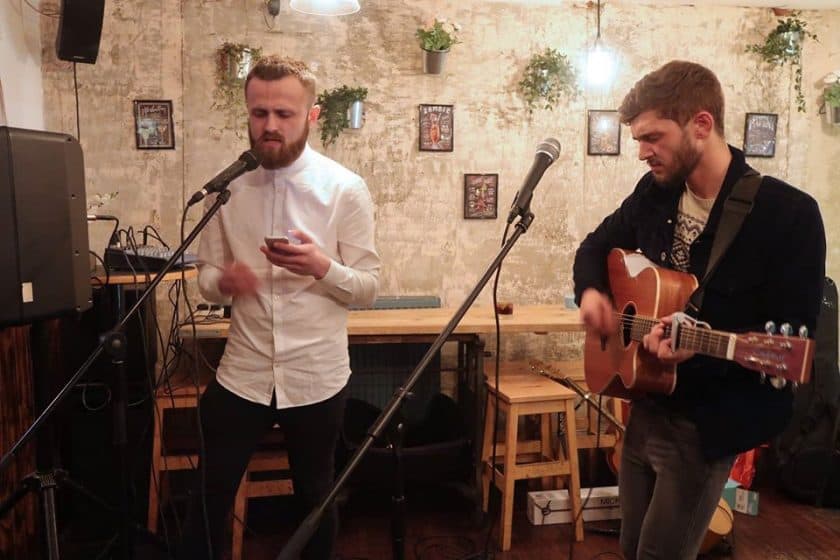 The next open mic on our list is at Distilled Republik in the centre of Ipswich. It’s a contemporary venue, known for its cocktails and warm reception.

Once a month on a Sunday night the venue plays host to musicians from all backgrounds. Together they jam and listen to each other’s creations.

A full p.a is provided, just make sure to bring any extras that you think you might need, such as instruments.

All musicians are welcome onstage here – entry into the event is free so there’s no reason not to come along next month. 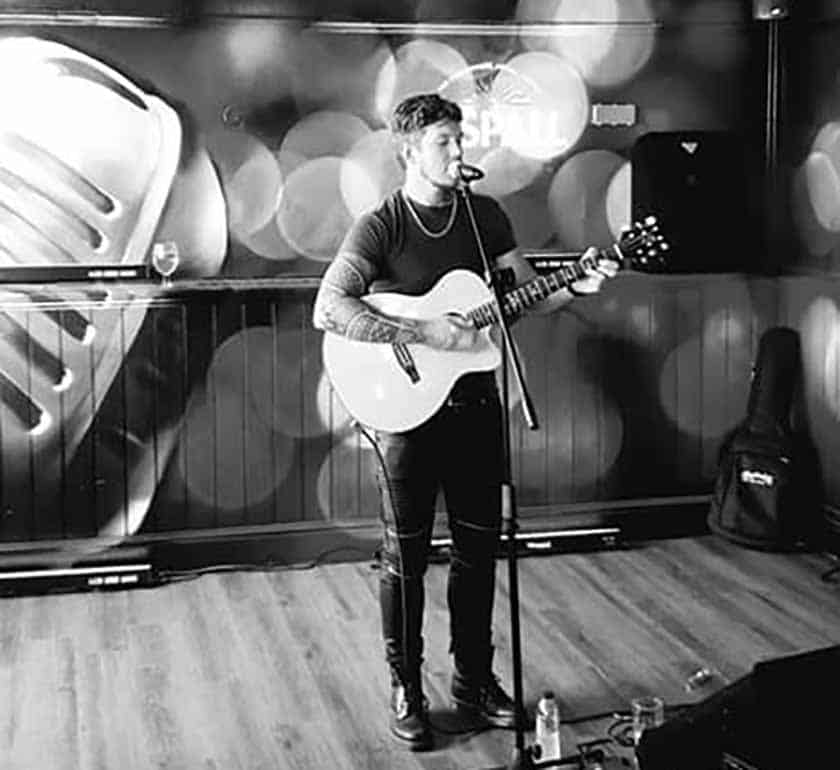 Every second Friday of the month, the open mic night at The Swan and Hedgehog takes place. One of the newest open mics on our list, this one is run by Stephen Lay.

Entry is free here, the evenings normally consist of acoustic artists showcasing originals or covers they’ve learnt. Anyone is welcome to sign up and perform no matter what you play.

Bands and solo artists alike are welcome – come down next month and take part in one of Ipswich’s best open mic nights. 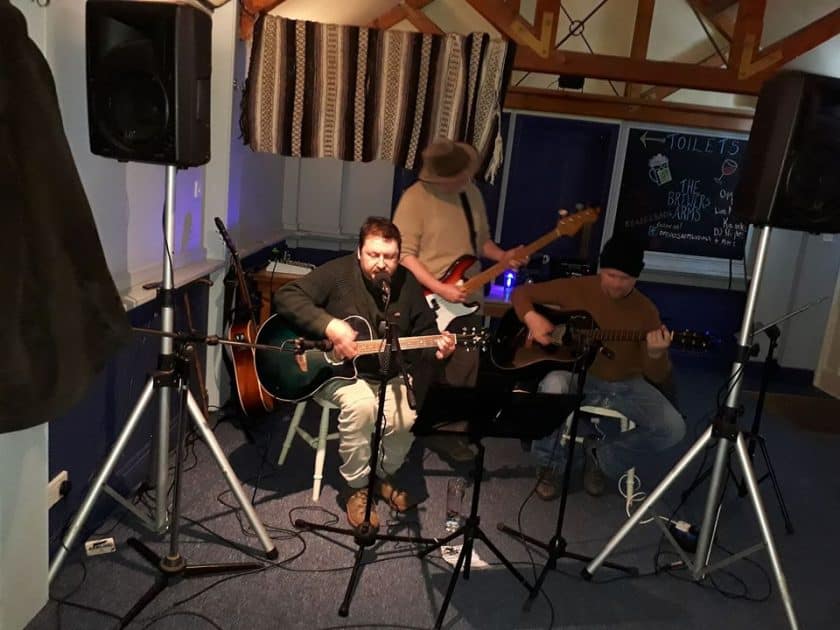 The Brewers Arms is a lively bar that hosts a variety of live music events including jam nights. Jax loves to hear new talent and is happy to help you with accompaniments or playing backing tracks if you are a solo artist.

The equipment provided at this open mic night includes a full p.a system with mics, drum kit, and amps. Make sure to bring along any other kit that you might think that you’ll need to perform.

Each performer gets a short slot to perform whatever songs they would like, you are welcome to sing covers or originals. If you make a good impression, the Brewers Arms might want to book you in for other gigs, so make sure that you play a great set. 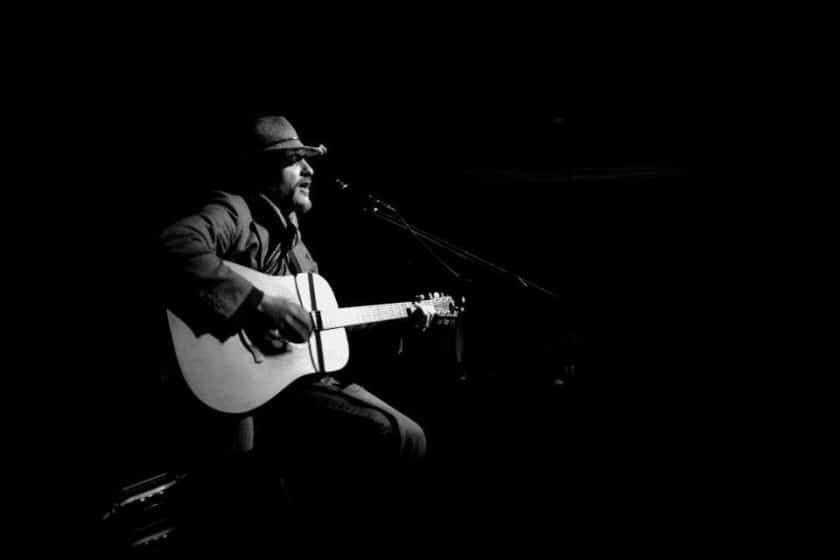 This pub offers live music events throughout the week, including the popular open mic night with Lay Music. The hosts love live music and want to give as many musicians as possible the chance to perform live.

There’s everything you need to perform here, including a p.a system, mics and amps. The night is often popular, so make sure that you arrive early to secure your place. 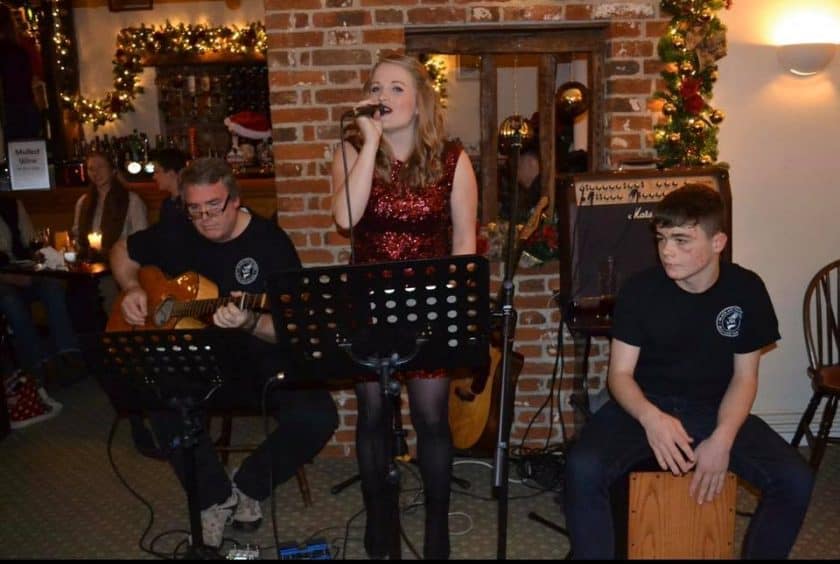 Based just outside of Ipswich, the open mic at The King’s Head is a great one to go to if you’re just starting your singing career.

All types of musical artists have performed here, with pop and rock artists usually the most common, however, everyone is welcome.

A p.a system with backline is provided, so all you need to do is turn up on the night. You’ll always have an attentive audience watching your live performance here, so make sure to sing something that will impress!

So now you know where to perform in Ipswich there are no excuses for not getting out there and get performing!

Open mic nights near me in Ipswich

From Colchester to Chelmsford, some have argued that Essex’s main cultural contribution has been music. Singers Olly Murs, Jessie J and Matt Cardle have all hailed from the county and there’s plenty of Essex open mics, live music and jam nights on offer. Essex Best Open Mic & Jam Nights Essex is a hub for fantastic performers and... Read more »

East London’s open mic and jam scene is pretty impressive and there have been quite a few famous musicians that formed there. The local open mic music scene is fantastic with loads of live music and open mic nights to attend, from Hackney to Waltham Forest. In this article we include:   Barking and Dagenham Hackney... Read more »

Cambridge Open Mics – The Top 10 Best Nights Near Me

Cambridge is the home of many open mic nights all with different vibes, specialities, and atmospheres. Open mic nights in Cambridge are always an inexpensive way to enjoy the local talent with your favourite drink. They’re an even better place to fill the stage yourself. Cambridge’s open mic nights will provide the ideal experience for... Read more »

Have you considered entering Open Mic UK? Auditions are coming to Ipswich!