The USA – home to the biggest music market in the world both in terms of recorded music and in terms of the live scene. In this article, we’ll give our roundup of some of the most famous venues in the United States and explore what makes them so great. Let’s jump in!

Fans of the TV show Nashville will recognise the iconic interior of the Bluebird Café from its numerous appearances in the show (alongside a host of other Nashville music venues). The distinctive fairy lights covering the walls give an impression of a fairly sizeable room, but this 90-seater venue is actually pretty compact in real life. It is arguably one of the best small venues in the US to see top talent. It is most famous for its Sunday evening writer’s rounds where songwriters share their music. The night has been running since 1984 and kicked off in style, with an exclusive performance from Don Schlitz who had just won his Grammy for writing Kenny Rogers’ hit The Gambler. 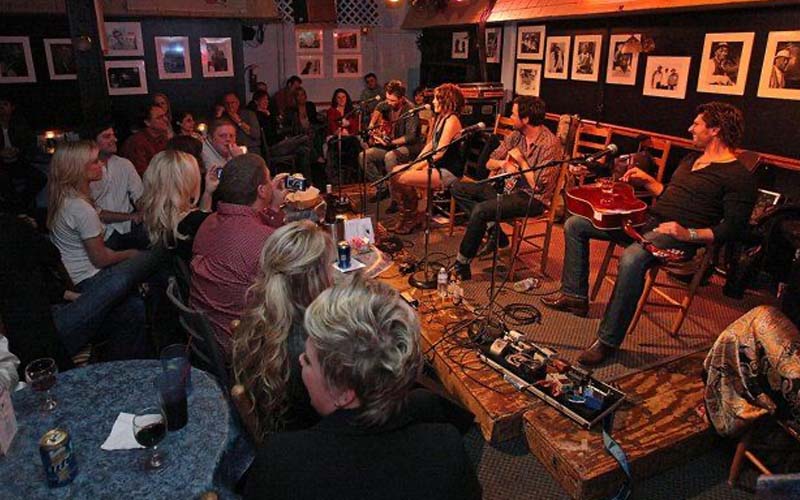 The Hideout was originally built as a balloon-frame boarding house for factory workers in 1881 – in the early 20th Century it became a speakeasy at the height of prohibition. Since 1996, the venue has been under the same ownership and has become one of the key Chicago music venues – which is very impressive given its location in the middle of the industrial zone to the north of the City Centre. In 2006 and 2011, Esquire listed it as one of the best bars in America, in 2015 USA Today featured it in the top 10 small music venues in the US and in 2016 Consequence of Sound placed it at #20 in their list of The Greatest American Music Venues.

The music is incredibly eclectic – Billy Corgan spent nine Mondays in a row putting his band Zwan together, Jeff Tweedy performs there regularly to show off his new material and every Wednesday there is a legendary Free Jazz night that’s always worth checking out. 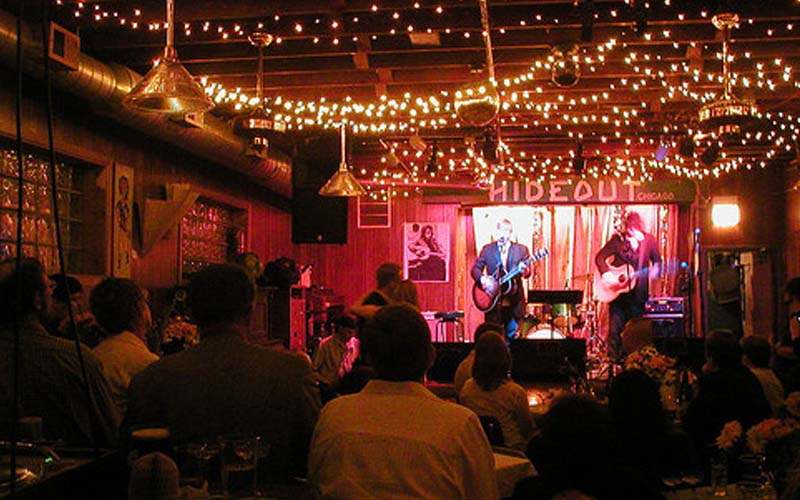 The beating heart of Texan culture, Austin is famous for its nightlife. There are over 250 Austin Music Venues, so it’s almost impossible to pick a favourite. For me, it’s got to be Antone’s. Founded in 1975 in a relatively unassuming spot on 6th Street, Antone’s grew to become a blues cornerstone venue with artists such as Stevie Ray Vaughan, Eric Clapton, James Brown and Ray Charles all having performed there. 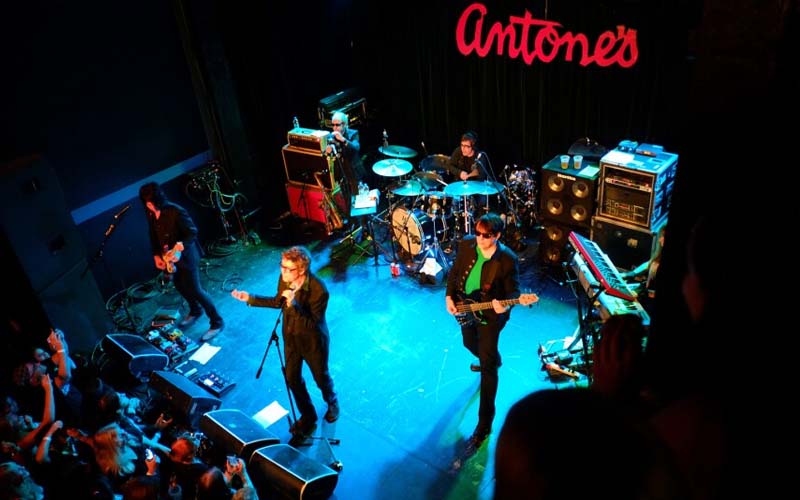 San Francisco is another US city with a flourishing nightlife and music scene. Of the many San Francisco Music Venues, there are tons of examples of great spaces where legendary artists have performed. The Fillmore is perhaps the most famous of these. At the beginning of the 20th century it was a dance hall and in the 1940s it began a new life as roller skating rink before being a dedicated concert space in the 1950s, booking some of the biggest black acts at the time – including James Brown and Bobby ‘Blue’ Bland.

The Fillmore’s legacy expanded through the second half of the 20th century with performances from artists such as The Grateful Dead, Santana, Jimi Hendrix, Otis Redding, Muddy Waters and the Who as well as some of the most exciting acts of the 21st Century including Jeff Tweedy, The Record Company, Jamestown Revival, Dinosaur Jr and many more. 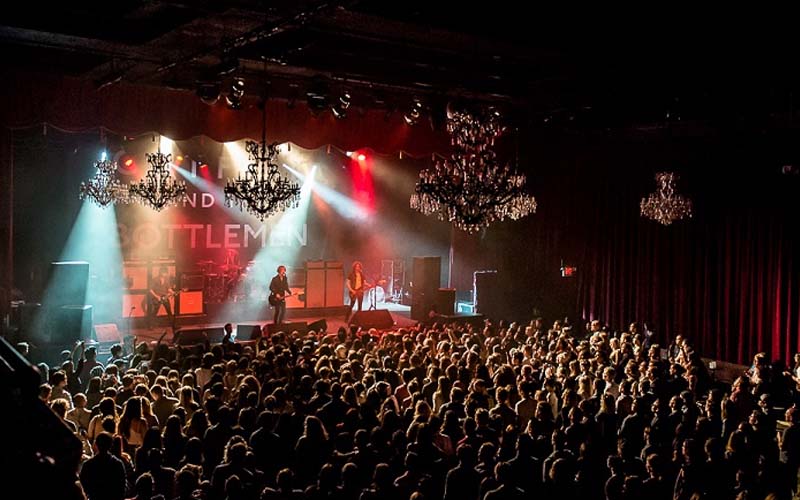 Given their proximity to New Orleans, you’d be forgiven for thinking that Atlanta music venues might be a little lacklustre – forever in the shadow of the cultural megalith that is The Big Easy.

However, Atlanta also boasts a lot of great venues including The Tabernacle. Originally a Baptist Church, the Tabernacle has converted in 1996 into a music venue that can hold larger crowds and features performers such as Blackberry Smoke and Jason Isbell. 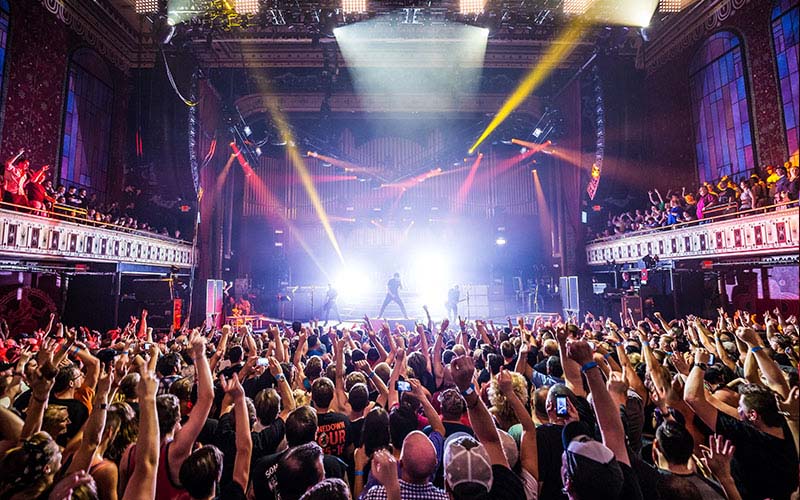 There are some great Denver Music Venues but really, Red Rocks is the undisputed king of them all. For many musicians, Red Rocks is on the bucket list. It is a beautiful outdoor venue that has been operational since 1906. The curvature of the rocks creates a natural amphitheatre that overlooks the city of Denver and it has hosted everyone from the Beatles and Stevie Nicks through to Joe Bonamassa, Mumford and Sons and Lord Huron. 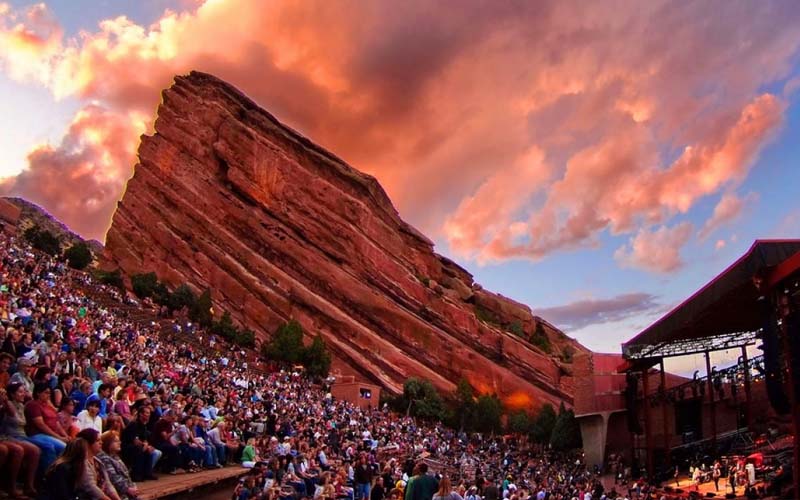 Seattle’s history as a music city is pretty broad – as you’d expect, there are a lot of legendary venues that became famous as a result of the grunge movement of the ‘90s. One of the best Seattle music venues is Neumos. Neumos is a huge space with three full-service bars and a cool balcony overlooking the performance space. Whilst it does feature local artists from time to time, it is mainly known for attracting international touring acts such as The Shins, the Yeah Yeah Yeahs and MGMT. 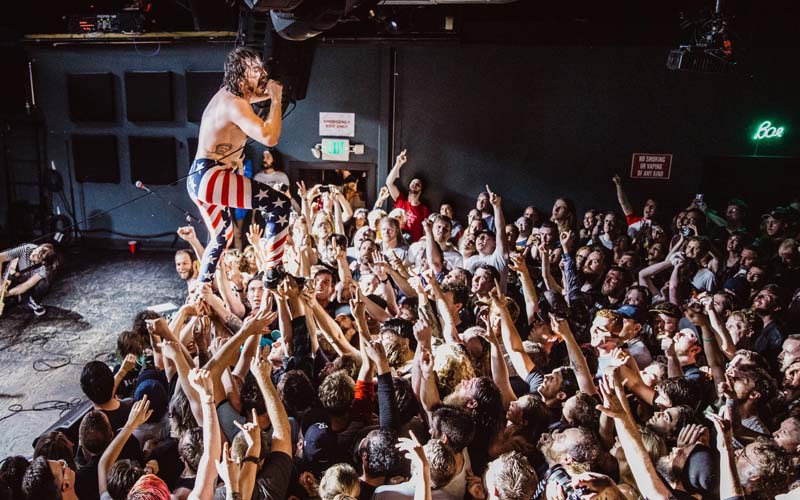 The Middle East is one of the quirkiest Boston music venues. It was originally a middle eastern restaurant (hence the name) and has since grown into a music venue and nightclub. Whilst it doesn’t tend to attract loads of big names to perform on the stage, it has been frequented by a number of high profile individuals including Chris Cornell, Jaden Smith and Ryan Gosling. 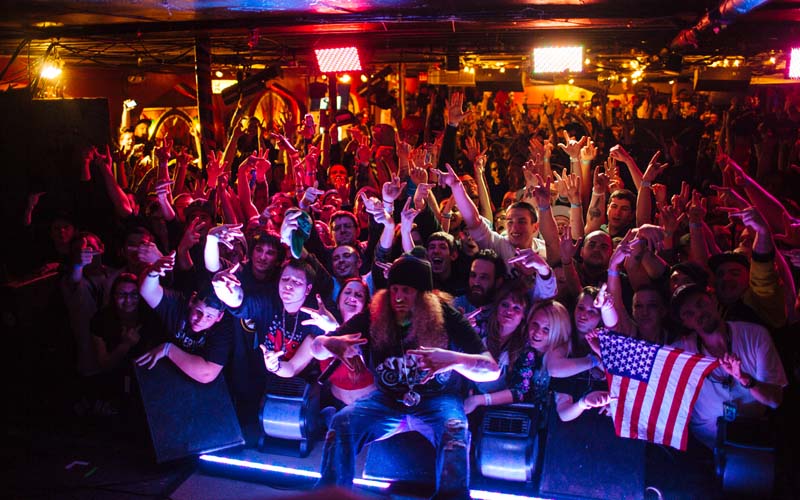 As you could probably guess, the music venues on Manhattan all have a certain glitzy flavour. Brooklyn music venues, on the other hand, offer something a little more exciting to the discerning music fan and Brooklyn Steel is one of the coolest venues over the bridge. It’s a pretty large venue and plays hosts to lots of alternative artists including Patti Smith, Cat Power and Gogol Bordello. 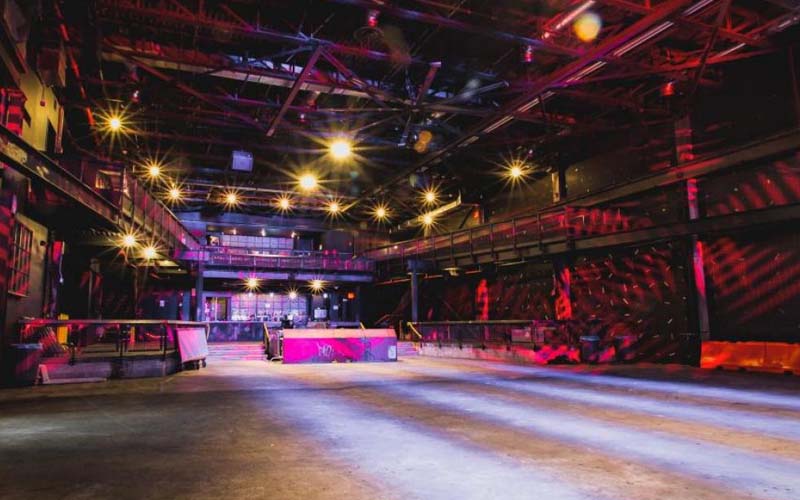 Washington is often underrated as a musical city, but the list DC music venues is long and very healthy. Top of the pile is probably the 9:30 club which began in the ‘80s, putting on the decade’s next big things including Chuck Brown, The Red Hot Chil Peppers and the Police. It switched location in 1996 and since then has attracted more mainstream acts including Bob Dylan, the Beastie Boys and Radiohead. 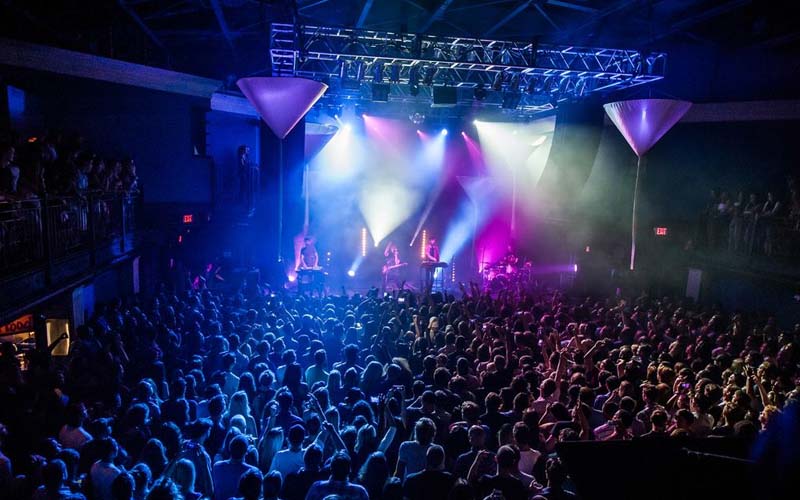 The US is absolutely great for live music and whilst these venues are all worth a visit – in many cities, just heading out to the main cultural area is often a great idea for discovering great live music. Nashville, Austin and New Orleans all have really vibrant and geographically small scenes where you can tumble from bar to bar and see to quality live music at multiple venues on any given night out.