Home >> Advice >> Open Mic Nights for Singers: How They Work & What Happens

Open Mic Nights for Singers: How They Work & What Happens

Ever wondered what an open mic night is or how they work? Ever thought “what are the best open mic night near me”? Although we can tell you everything a singer would need to know, your best bet would be to go out to a local open mic night. Scout out the venues near your local area and find out how their own nights work. Once you’ve found one you like, try to attend maybe one or two every week.

If you are serious about a career in the music industry, performing at local open mic nights for singers is a must!

What is an open mic night and how do they work?

An open mic, or open mike, is a live music event held at a small venue such as a café, pub, hotel or nightclub. Amateur singers, bands, poets and other creatives are given the opportunity to grab the microphone and perform covers and originals in front of a live audience. For example, there are many pubs dedicated to open mic singing in London.

What happens at an open mic night will vary greatly and may be restricted to certain styles and skills.

What happens at an open mic night? 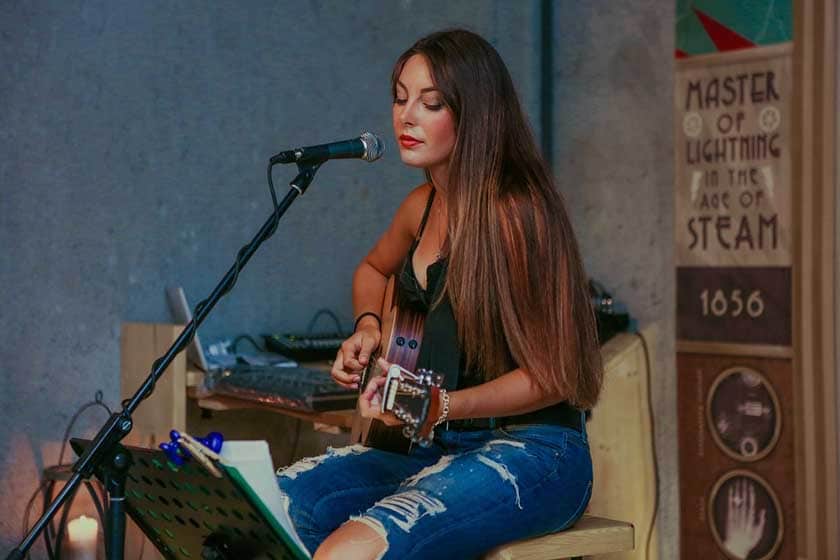 The benefits of singing at open mic nights

Performing frequently and submitting your tracks to music sites is great for exposure, but where are the places you should you be seen if you want to attract record labels and management interest? We talked to talent scout and music promoter, Chris Grayston, to get his take on some of the UK’s top music industry... Read more »

Some performers may be put off open mic nights if they’re shy or don’t understand how they work. Here are some common gripes and misconceptions singers may have and why these aren’t necessarily a bad thing!

What is an open mic night for?

Open mic nights give singers the opportunity to showcase new material. It’s the perfect environment to see how it is received by a live audience. After your performance, you could ask for any feedback and make any additional changes to the song to give it more appeal. You could use it as a chance to write a proper setlist so you keep the best-received songs in. You’ll see how the audience responds and remove any that didn’t get much of a reaction.

Many famous performers have gotten their start performing at an open mic, including George Ezra who used to perform at The Gallimaufry in Bristol.

Open mic nights near me

As well as our nationwide talent competition, we also regularly feature top 10 lists of the best local open nights in and around the country.

For example, we’ve recently updated our guide to the top 10 local open mic nights in Manchester. You can browse some more of our recently featured cities and areas below. 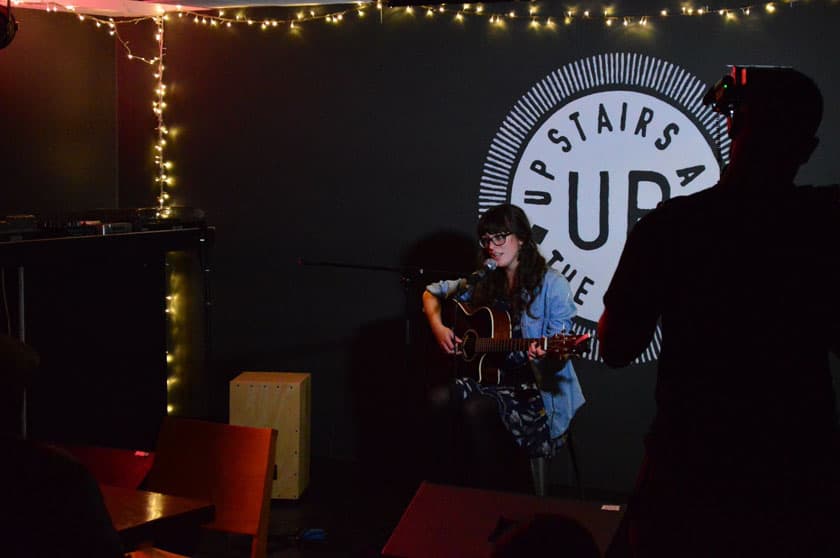 London has the largest amount of open mic singing nights in the UK. People are spoilt for choice when searching for open mic nights in London. Here is a short list of some of the best local venues in the capital city as of March 2019.

Do you sing at open mic nights? What are your experiences? We would love to hear from you in the comments below.

I find Open Mic nights a great way to enjoy local talent. Would love to see a way to cultivate greater interest in doing that. How to show the value of attending this sort of entertainment and the huge benefits to the community for supporting local talent? A question that often runs through my mind.