Singer-songwriter Lola Young is a rising star to watch. She recently released the music video to accompany her latest single ‘Woman’, which premiered on BBC Radio 1’s Annie Mac show.

Lola Young won Open Mic UK in 2015, joining an impressive list of previous winners, including Birdy and Lucy Spraggan. Since then, Young was signed to Universal Music (Island Records) and is now managed by Nick Shymansky (who also managed Amy Winehouse).

With an original sound and the ability to tell a story with her lyrics, Lola Young is set to be the UK’s next big star in 2020. This year alone, she’s been featured in British Vogue as one to watch and her latest EP received rave reviews from critics. 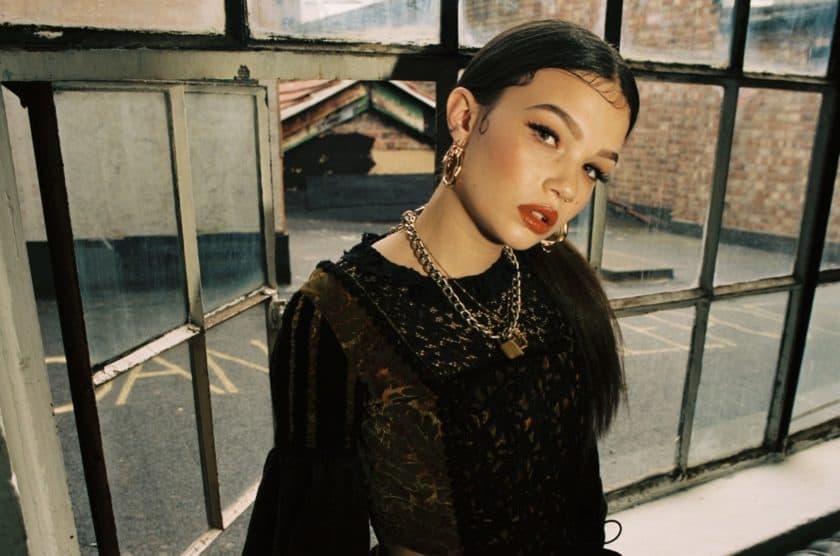 The Evening Standard recently listed Lola Young as one of their ’20 Musicians Under 20 to Know for 2020′ and she’s been played by Annie Mac, Clara Amfo, Benji B, Giles Peterson, Jo Wiley, Mistajam and DJ Target. Lola Young is going places and she’s only 19.

Growing up in South London, Lola Young was always involved in music and has been putting in the work to develop as an artist since she started.

“It’s been a part of my life since I had my first memory. And I’ve been singing since I could talk. Not that I was a good singer then. I really had to learn, practice, get lessons and teach myself. Hard work was involved when it came to me learning how to sing. People might say, ‘It sounds like you were born with that voice.’ It was not the case at all.”

Young started writing her own songs when she was just eleven years old and she entered Open Mic UK for the first time in 2013, performing her own original music and making it to the Area Finals:

Two years later and she took home the OMUK crown at the age of thirteen. Chris Grayston, Head Judge and Director of Future Music said, “Lola Young has been a standout act in every round she has competed throughout this year’s competition and what’s most pleasing for us is Lola has come back year after year, improving and developing her original songs and emotive performances to make her a winner.” 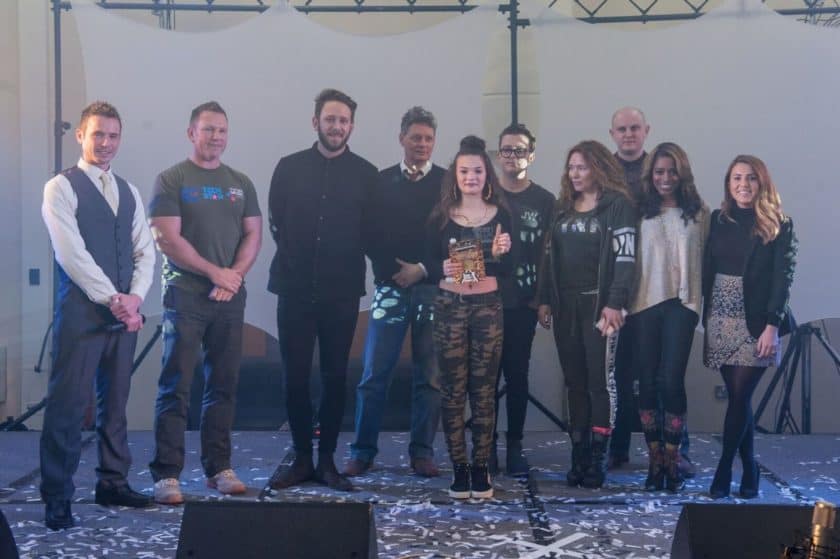 The judges for the Grand Final included record label representatives from Sony and Universal and she won them over with her original song ‘Never Enough’:

Still unsigned, Young took this time to work on her craft. She said, “I was still young, and while I had managers and labels interested then, which was cool, I didn’t really give it a legitimate thought.”

After attending the prestigious BRIT school (fellow alumni include Adele, Amy Winehouse and Jessie J) she began gigging non-stop around London and honing her performance skills.

It’s one of the most famous schools in the country for aspiring singers, actors and dancers and there are a wealth of famous former pupils that attended. If you’re considering a career in the music industry then this is definitely something to think about. Adele, Amy Winehouse and The Kooks are some of the famous names to have stepped... Read more »

These garnered radio support and positive reviews from Clash, who called the ‘6 Feet Under’ “Touching” and “Honest”.

Next up, Young released her debut EP ‘Renaissance’ featuring ‘Pick Me Up’ and ‘Same Bed’.

“‘Pick Me Up’ is about love and the loss of it,” Young told Billboard. “It’s also meant to be a song about having anger towards someone but still wanting them regardless of how much they’ve let you down and not metaphorically picked you back up.”

“‘Same Bed’ is a song about waking up next to different people, to put it bluntly. It’s a lust song. But it’s also a self-reflective song that looks at how I feel within myself and the different struggles I face when it comes to love and lust. It also shows how dismantled and strange my mind can be when it’s flicking between a hundred thoughts a second.”

Following the critical acclaim of ‘Renaissance’, Young’s latest release is the empowering, yet vulnerable single ‘Woman’:

Discussing the nudity featured in the video to accompany the single, Lola explained, “I wanted to make this video because I believe women are all undeniably strong, sexy, free, brave, vulnerable, raw and powerful. And that we do not have to hide away. We do not have to remain unseen, our bodies should never be sexualised or a taboo conversation, or only seen through the male gaze. We have the ability to normalise our bodies being on show, and accept them for their differences, as it’s important to remember those differences are currently often shamed.”

Listen to Lola Young and follow her on her socials for more of her music.