The Best Guide To Song Structures

Choosing song structure is one of the first stages when starting to work on a new track. It defines the way you will produce the song from day one. Choosing the right structure for you is essential to create a coherent track. In this article, we will take a long at what song structure is and how to tackle it as a musician to help you with your music production.

When you start writing songs, you may wonder what the best structure is to follow. This is a tricky question to answer. Some will say there are no rules and shouldn’t stick to conventional structures. Others will say that without following the usual song structure to a certain degree, you end up with a chaotic song that won’t be appealing.

To help you understand song structure better, we will first go over the different influences that combine to make a song. Following this, we will discuss the common ways in which these influences are structured and then some alternatives. 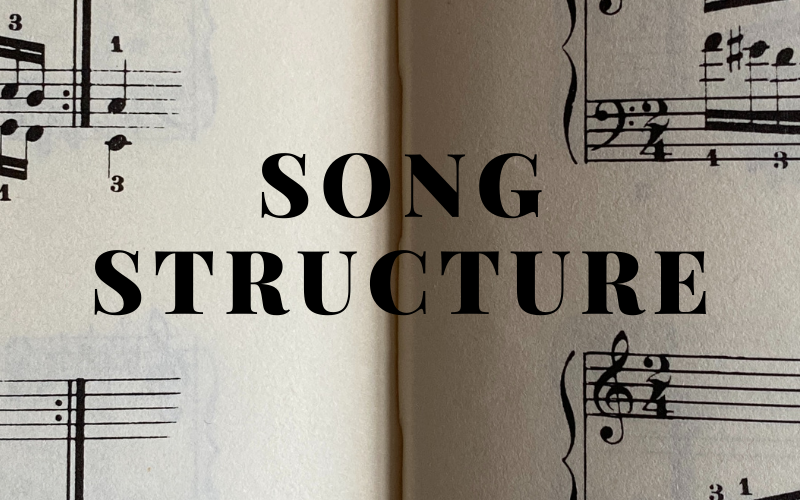 What Is A Song Structure?

Song structure refers to how certain aspects within a song are combined and organised, it is part of music theory. Intro, Verse, Chorus, etc, are all parts of song structure that you are likely familiar with. How you arrange these will determine a lot about your song.

Whats song structure you choose will come down to a few different aspects.

Firstly, what genre of music you make will massively impact your decision. Certain genres typically follow similar structures which are best for creating that genre. Also, if you plan to release a top hit, you are likely going to follow a very common structure. If you strive for originality and want to be a more alternative artist, you would refrain from following any typical structure.

With that, there are no set rules for song structure, more just guidelines. You can look at what similar artists have done in the past and use this as inspiration for what structure to follow. However, just because similar artists to you all use the same structure, doesn’t mean you have to! It is more just a case of most artists wanting to follow what successful songs have done before them. 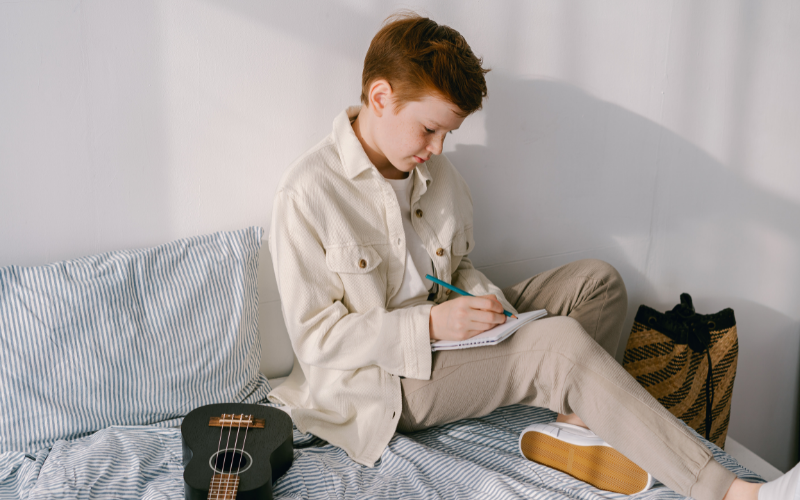 What Makes A Song?

Intros do exactly what they say on the tin, they introduce a song. It’s just like an opening scene of a movie. It gives you a slight insight into what’s to come as well as sets the scene and prepares listeners for the masterpiece you have created!

We also need some information to be able to prepare our minds for what’s to come. It’s almost like pairing a facial expression with a comment. The facial expression is the intro and the comment is the song. Without the intro, we might find it harder to gauge the true meaning and impact of the song. It gives us context so we can relate to what comes next.

The length of an intro can vary depending on what you are producing. You should play around with it and see what you think suits the song best. Some people like a long into, say 8 bars to create a sense of anticipation for what’s to come. Long intros are also common in electronic dance music which DJs needing time to be able to mix songs.

You might be mistaken in thinking this is the purpose of the chorus, but usually, with repeated lines, the chorus serves as a catchy section that listeners will remember. Verses set the scene for that catchy chorus.

If you’re writing a love song, for example, this is where the true story of love that you’re trying to tell will be included. You can then use the following verses to advance on this story and created a more defined message. 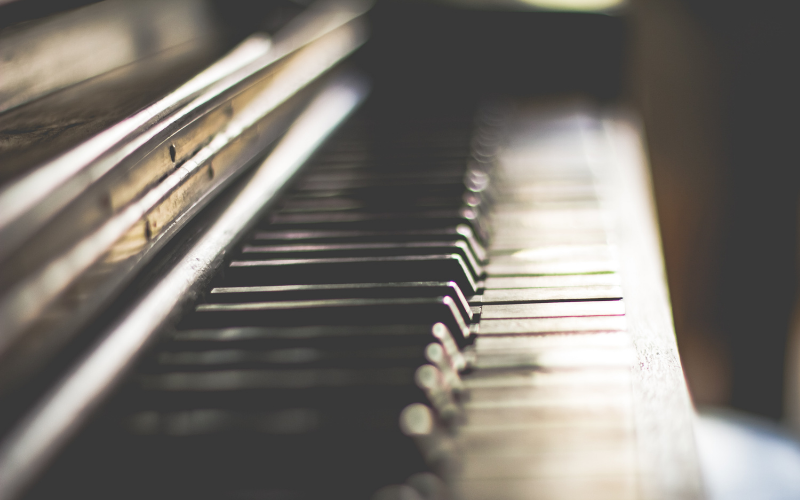 Not all long necessarily have a pre-chorus. However, it can set your chorus up for a bigger impact and acts as an intro to it. Usually 2-4 bars, they build up towards the chorus or act as a drop before it. This usually contains a chord progression from the verse or chorus giving us more context for what is to come in the chorus. This is especially useful if your chorus differs substantially from the rest of the song.

This is where the punch needs to be, you want to hook audiences and give them something to remember your song by. This is where you can achieve this making it a very important part of a song.

Your story or message is already set, the chorus should be the peak of that message and act as a conclusion to it. This is why the chorus is usually repetitive. It’s the focus of the song so should be the highlight, also needing to be the most rememberable part. Audiences will remember your song because of the chorus, it needs to be catchy and stick in their minds. This is what will determine your chorus structure.

Usually, a chorus will contain the song titles also. The title is most of the time obvious from the chorus as your repeated line is an obvious pick. Your chorus should reflect the overall meaning of a song, the title should act as a reminder of that.

A bridge usually appears towards the end of a song between the last two chorus sections. After listening to a song with a repeated structure for a while, listeners can get bored. A bridge brings some excitement towards the end of the song and reengages listeners.

The way you create your bridge is up to you. It can take the song from a low point and build it back up. Or it can be an initial heavy build dropping into silence before the next song section. Again, this is another part of song structure you should play around with to see what you like. 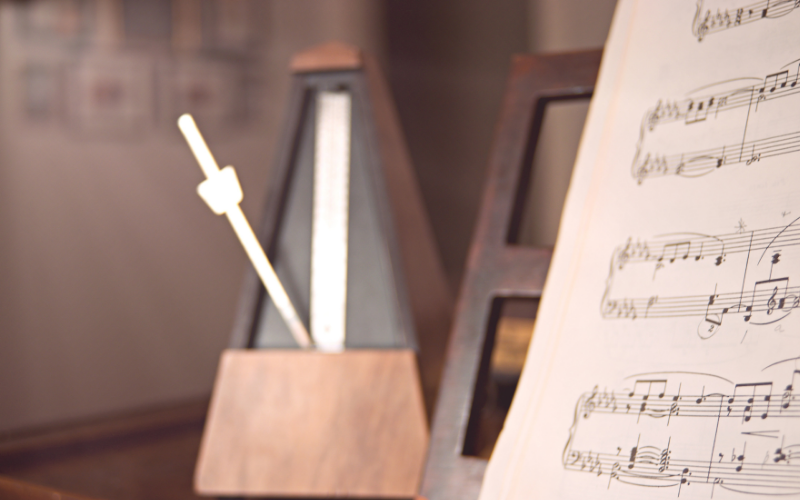 An outro should clearly tell listeners that it is the end of the song. It should beautifully round off everything that came in the song beforehand and leave listeners feeling satisfied they have reached the end of the journey.

Usually, songwriters like to almost reverse the intro for this. Instead of a slow build, it slows down to ease listeners out of the song. Alternatively, you might want a huge grand finish that leaves listeners overwhelmed.

Now we’ve taken a comprehensive look at what makes a song, it’s time to look at how these are typically arranged.

Verse (A), chorus (B), verse (A), chorus (B), bridge (C), chorus (B) and then sometimes the chorus is repeated ((B)). This has been the most common form of song structure for rock, country, pop songs and most other genres over the past few decades. “Happy” by Pharell Williams would be a great example of this structure. The verse, chorus and bridge are very normal elements of modern music.

All consisting of 8 bars, this structure defined a lot of American music in the first half of the 20th century. You may have noticed, however, it does not contain a chorus. Despite its original popularity, this is now a rarely used structure.

This was commonly used by the likes of Billy Joel and the Beatles and shows the desire for this structure at the time. Each verse usually ends or begins with a refrain which keeps the songs exciting which is what a chorus does now.

Again, this structure does not contain a chorus and uses refrain to keep listeners engaged. Different harmonies in verses can be used to spice it up such as Bob Dylans “Tangled Up In Blue”. Because of how this is a repetitive and basic song structure, it is rarely used today. basic song structures

Verse/chorus or chorus/verse is another less common song structure. An example of this would be “Honky Tonky Woman” by the Rolling Stones. Here you go from the message and meaning of the verse, round it off with the chorus and then return to the original message of the verse. 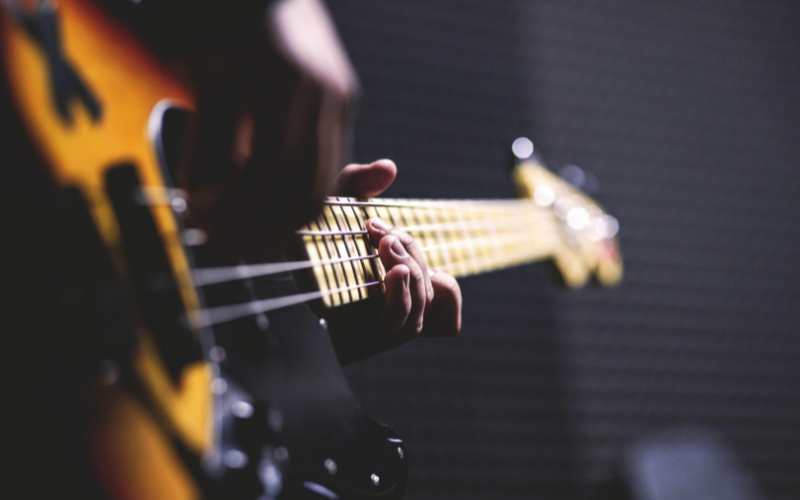 Many different song structures have been played over the years, some more successful than others. Just because the common structures listed above have been the most typically successful, it does not mean success is limited to them.

Certain, more alternative songs, won’t tend to follow usual structures. Punk is a great example of this. Punk is all about going against the grain and not subjecting to society’s norms. The music follows this idea also. The Sex Pistols and Bad Religion are groups that have used very unusual song structures

Another example of an unusual song structure would be “The Book of Right-On” by Joanna Newson. This song both starts and ends with the chorus but doesn’t contain one elsewhere!  “How Soon Is Now?” by The Smiths equally follows an unusual structure. For three minutes in the middle of the song, Morrissey stops singing the verses and replaces them with instrumentals. When returning to the chorus, he uses different lyrics from the original chorus. Despite being very strange, these alterations can often be meant to provoke and completely disregard what is deemed acceptable in music.

This is more of a side note, but dynamics need to be considered when deciding on song structure. As humans, we get bored easily which is no different from music listening. Having dynamic movement throughout a song is important for keeping people engaged.

Usually, dynamics come into play with the pre-chorus and bridge as this is where you can alternate a song most. This adds an element of surprise to the song which not only makes the overall song more exciting but each section that follows this dynamic changes also. 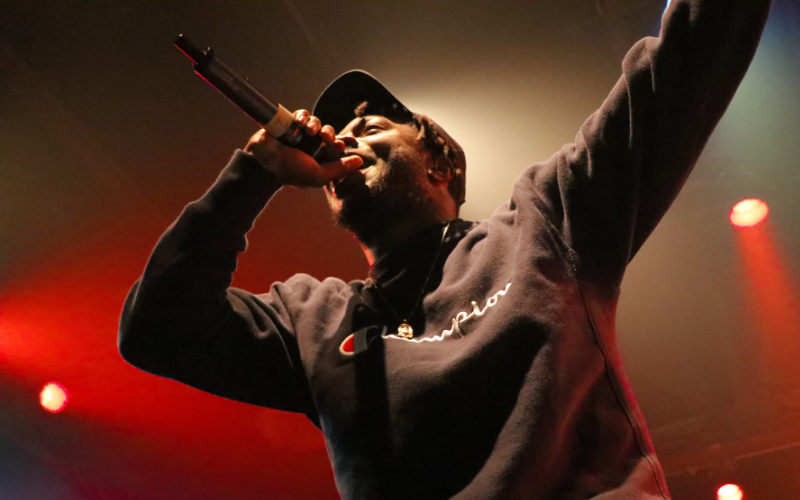 Song structure should never limit your creative thinking. Rather, the common song structures can help you better understand what elements make music successful, and then adapt it to your own music. Originality is not achieved by repeating what others have done before you, but by taking those influences and adding in new elements that have not been used before.

Still, following the most common song structures is a safe way to know your track will be coherent. Especially if you produce conventional music that you hope will make it into the charts, you will likely want to follow an already well-established structure.

Never be afraid to play around with structure. Some revolutionary musicians have been so successful whilst using controversial structures. Give it a go, if it doesn’t work, you can go back to what you’re comfortable with!

Are you a singer/songwriter yourself? At Open Mic UK, we hold a huge music competition with the goal of helping unsigned artists get exposure and recognised for their musical skill. Having experience with live performances and receiving feedback from industry experts is essential for navigating the music industry.

Keep an eye out for when the application process starts and enter for your chance to win a cash prize as well as the opportunity to be signed by a label! Whatever your style, genre or personality, we want to give you the opportunity to showcase your talent to the world!

The Best Guide To Song Structures

Releasing Music: Everything You Need To Know About Timing