Home >> Advice >> The Vocal Differences Between the Genders

The Vocal Differences Between the Genders

Male singers typically have deep, low pitched voices while female vocalists have high, flute-like vocals. But the vocal differences between the genders aren’t always black and white. The different elements of male and female voices can even affect the way an audience perceives a singer.

Gender affects the pitch, range, and frequency of your voice. These are perhaps the most obvious differences between male and female vocalists, but gender can also affect your intonation, articulation and plays a role in how your audience processes your voice.

There’s a notable difference between how male and female voices sound. The vocal difference between genders isn’t just apparent during singing; it’s obvious during everyday speech, too. This is because many core elements of the human voice change according to gender:

Pitch can help us distinguish whether a voice sounds feminine or emasculated. According to NCBI Library of Medicine, a female’s pitch range generally falls somewhere between 160 – 300 Hz, while a male’s voice can be 60 – 180 Hz.

A male’s voice will typically fall in an A2 to C3 octave (which is considered a lower pitch). Females, on the other hand, work in a higher pitch that’s usually A3 to C4.

There’s a small crossover between a male and a female’s pitch range. This explains why some male singers have high-pitched singing voices that can sound like a female singer on first hearing. 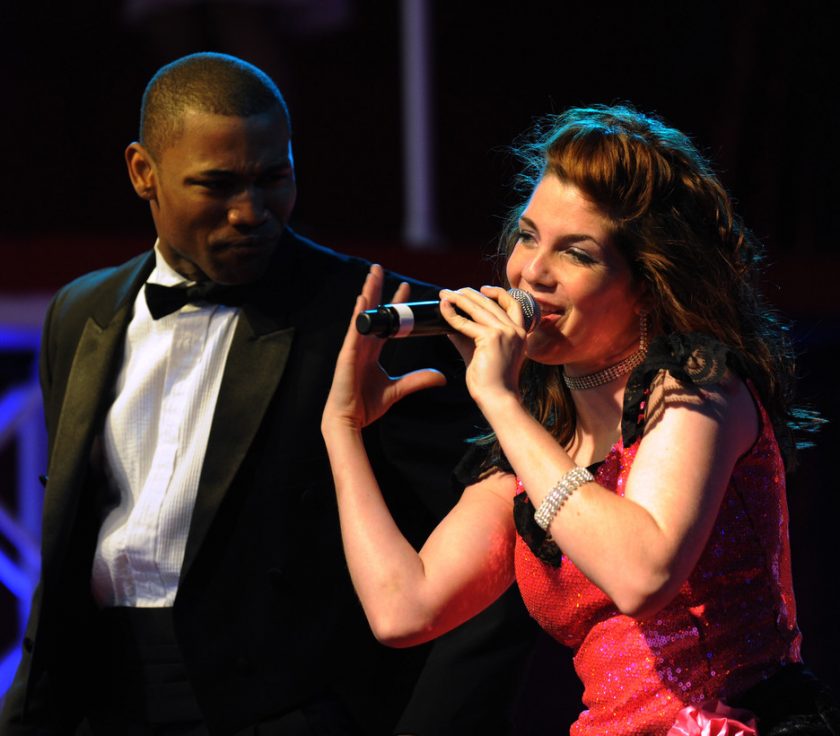 In general, both males and females have an average range of 2 octaves. Gender isn’t the biggest factor in determining your vocal range. Voice type, training, and natural ability all have a bigger influence over your vocal range.

Your vocal range is categorised alongside your voice type. There are six common voice types: Alto, Bass, Baritone, Mezzo-Soprano, Soprano, and Tenor.

Bass, Baritone and Tenor are the lowest singing ranges, and these are associated with male singers. Alto, Mezzo-Soprano, and Soprano are the higher ranges and are the female voice ranges.

Why do males have lower voices than females?

According to studies, the average female voice is much deeper now that it was fifty years ago. A study published on the BBC noted that the fundamental frequency of female voices has dropped by 23Hz in half a century.

The study conducted at the University of South Australia found that in 1945, women’s voices averaged at 229Hz. In the early 1990s, women of the same age had a frequency of 206 Hz. These results show that fifty years ago, the pitch of the female voice was A# below middle C. The frequency of a female’s voice is now typically G#.

The researchers concluded that women’s voices have evolved to become deeper due to the change in power dynamics between men and women. The female voice has lowered in pitch to sound more authoritative and to help women gain precedence in the workplace.

What causes a male to have a high voice?

Physiology is the most common cause of high pitch voices in men. Though male vocal cords are typically longer than females, men can still have short vocal cords or vocal folds that are unsteady or less apt at vibrating.

If your voice changes pitch suddenly or dramatically, there can be other factors to blame such as:

If you’re new to singing or haven’t explored the technical aspects of your vocals, you may not be familiar with your personal vocal range and register. So how do you work out what kind of voice you have and how high – or low – you can go?  You can test and find out your... Read more » 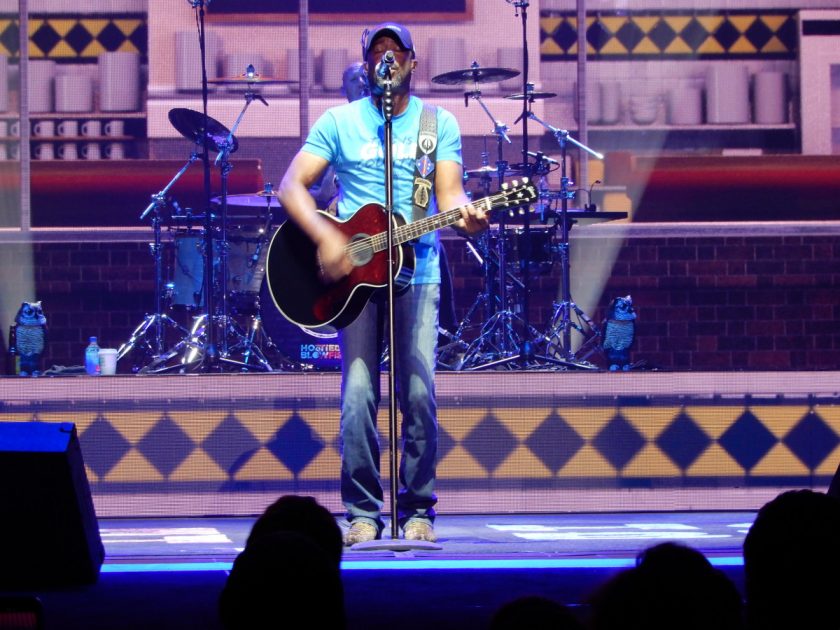 Boys’ voices change during puberty and become deeper. Some boys experience problems between the ages of 11 to 15, where their voices don’t deepen and instead become high-pitched, breathy and rough. This is a vocal disorder called Puberphonia, also known as adolescent falsetto.

Puberphonia is most common in adolescent and adult males. It is caused by emotional and psychological factors and doesn’t go away by itself. If untreated, the voice can stay high-pitched and feminine into later life.

The vocal disorder forms from the improper use of the vocal cords, when the vocal folds become tense and strained. A speech-language pathologist can diagnose what’s causing a male’s voice to be high pitched and strained and can treat the problem with voice therapy in most cases.

Does gender affect how you sound to an audience?

Male and female voices not only sound different, but they can have a different effect on their audience, too. Scientists at the University of Sheffield have found that the human brain reacts differently to the sound of the two genders.

It’s thought that a female voice triggers the auditory section of an audience’s brain; the area that’s used to analyse and read. In the university’s study, the male participants who listened to a female voice tried to read the voice and imagine the face behind it.

This differed from how male voices were interpreted. The study found that the back part of the brain, the mind’s eye, was activated when a male’s voice was heard by another male. This region of the brain links to personal experience, and the participants used a comparative process rather than an analytical one to assess the voice.

Are women better singers than men?

Males and females can both be amazing vocalists. But some theorists speculate that male singers are actually more popular than female singers and that the majority of people prefer to listen to masculine voices.

A 2017 study published in the Daily Mail found that “men have produced a considerably higher percentage of popular songs than female performers over the decades.”

The research team concluded that male vocalists dominated the charts because “men sang about both romantic love and sex more often than women, yet female performers sang about love in a higher percentage of their songs – suggesting there was a gender disparity.”

It is also thought that audiences prefer listening to low pitch, masculine voices. Numerous studies have found that lower–pitched voices are perceived as more attractive, competent and powerful than high pitched voices.

Gender gap in the music industry

Despite an abundance of female vocal talent, there’s still a gender gap in today’s music industry. Earlier this year, the BBC conducted a study that found that triple the number of male singers appeared in 2018’s hit singles compared to female musicians.

The gender gap in the music industry isn’t because male singers are better than female singers. Speaking to the BBC, Rita Ora’s manager Sarah Stennet said: “I do not believe the consumer says, ‘I want to listen to more men than women’. It’s the choice they’re given.”

The study found that there is the same number of female artists in the chart now as there were a decade ago. But “the number of men has risen by more than 50% as the number of collaborations has grown over that time – from 59 men in 2008 to 91 in 2018. Which means the gender gap has grown.”

There’s more to a masculine-sounding voice than just testosterone and hormone levels. There are plenty of features of masculine communication that can easily be picked up in order to train your voice to sound deeper.

Little changes in the way you say things can have a big effect on how masculine your voice sounds. Experiment with your intonation and articulation; try to keep your pitch downward when you talk, and stress words by changing your volume or stretching them, rather than increasing your pitch for effect.

Male vocalists often sing and speak loudly, which can be a struggle for transmasculine individuals with quieter voices. Engaging your diaphragm and using good breath support will help you get more gusto and create a fuller sound.

Sadly, there is a notable gender gap across various areas of the music industry. Males songwriters have more precedence in the industry than their female counterparts and male lyricists have more of their work in the charts.

According to a USC study, female songwriters are outnumbered. The study found “12.3 percent of songwriters of the 600 most popular songs of the last six years were women, while 2 percent of producers across 300 songs were female.”

There’s also a big difference between how many men and women work in the industry as producers. USC found that female produces are again massively outweighed, with “a gender ratio of 49 males to every female.”

Great advice! Got some helpful insights about why girls and young women have always reacted negatively to my speech. I spent quite a lot of time talking with my dad and unknowingly picked up some of his vocal mannerisms, including a steady pitch and raising my volume slightly and/or stretching out a word or phrase for emphasis. My voice is also a little lower; I’m an alto/contralto. This has been off-putting to other females, has made it difficult to find friends, and has caused a few young women to tell me I have no personality. Well, now I know what’s… Read more »