Warrington Open Mics – The Top 10 Best Nights Near Me

The Warrington music scene is full of music styles and venues that offer some great open mic nights. Open mic nights in Warrington provide the perfect opportunity to fill a stage and play music to an audience.

Looking for an open mic night in or around Warrington? In no particular order, these venues attract the best of the town’s breakthrough musical talent. 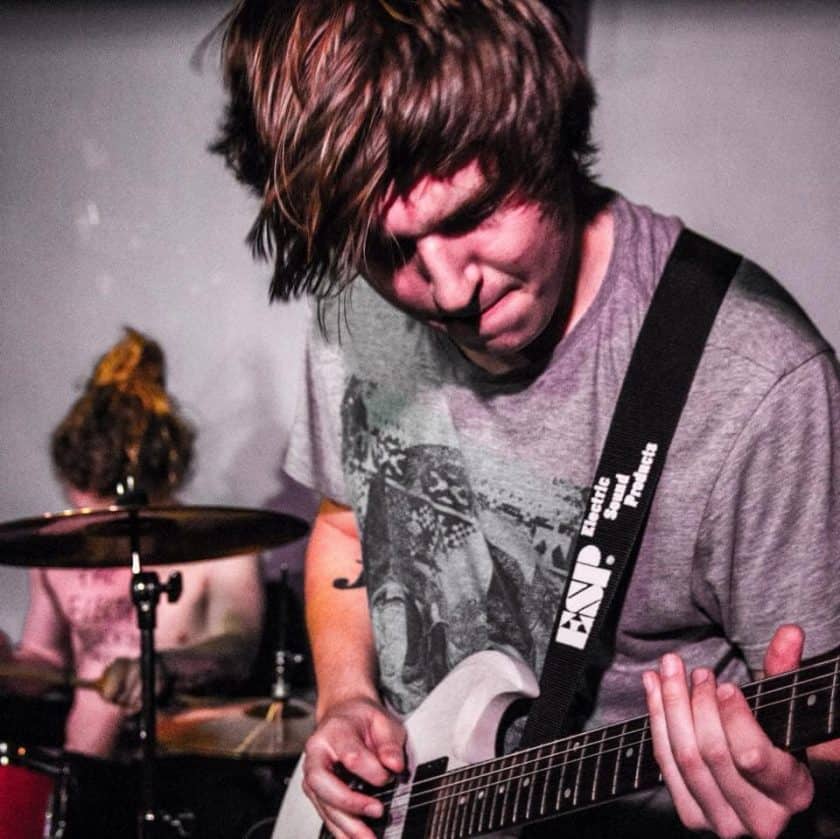 The first open mic night on our list is the bustling pub and venue – The Lounge.

A venue that’s proud to have events throughout the week, this open mic is a great one to go to if you’re just starting your musical journey. It’s very supportive and encouraging for anyone who steps up to the stage.

Often run by guest hosts, this open mic night is very popular on Thursday nights. It’s also free entry, which is a great bonus in terms of getting an audience for yourself. 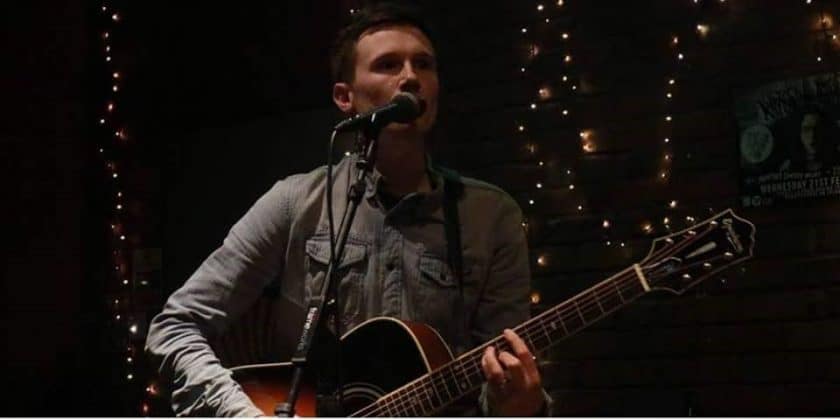 The open mic night at the Acoustic Café features a brilliant sample of local talent.

Head down on Tuesday evening to show them what you’ve got, or just sit back and enjoy the music. Often run by guest hosts, this weekly open mic is always a busy night.

Artists of all genres are welcome to showcase their talent here. This gives the audience a diverse musical showcase to enjoy. 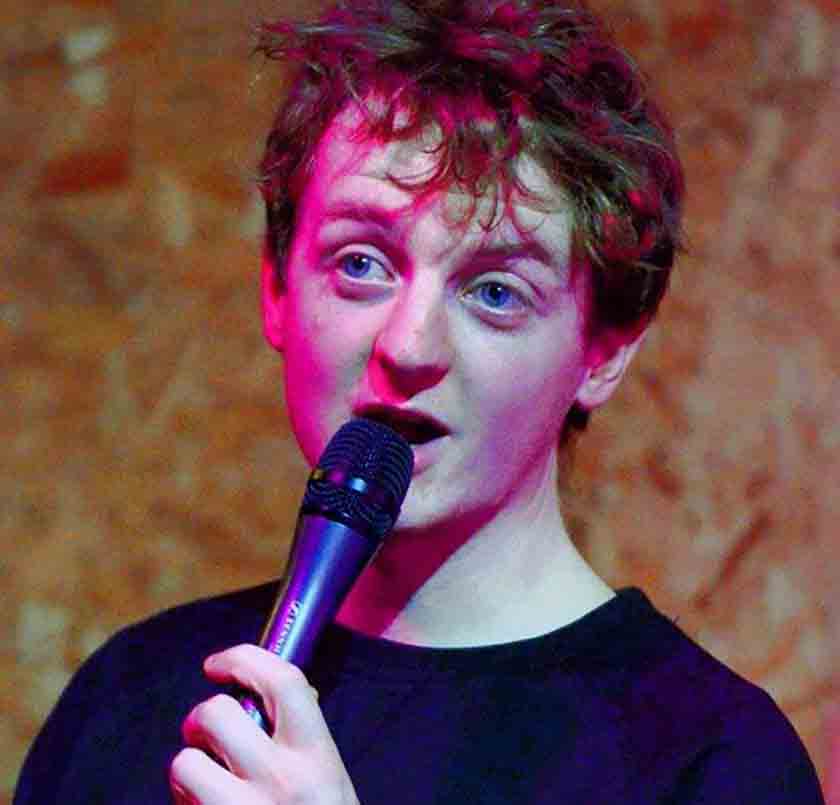 The open mic night at The Albion is a great mention to any live music enthusiast. It plays host to a variety of events including comedy, bingo, karaoke, and open mic jam nights.

Every Thursday from 8pm, with music from all genres and eras. This night create an eclectic blend of musical styles that anyone and everyone can enjoy.

Beginners are welcome here. If you don’t play an instrument, just come along and join in. Great real ales and a really friendly atmosphere.

Open mic near me

Hosted by the talented musician, Jan, this open mic is a popular evening of live music.

A fairly intimate venue, The Saracen’s Head welcomes artists from all backgrounds – everything from rock, rap, folk, pop, and even jazz.

A p.a is provided at this one – just make sure to bring your instrument and plug in if you want to fill the room. Feel free to do a few tunes acapella or some songs on an acoustic guitar if you’re more comfortable playing a raw set. 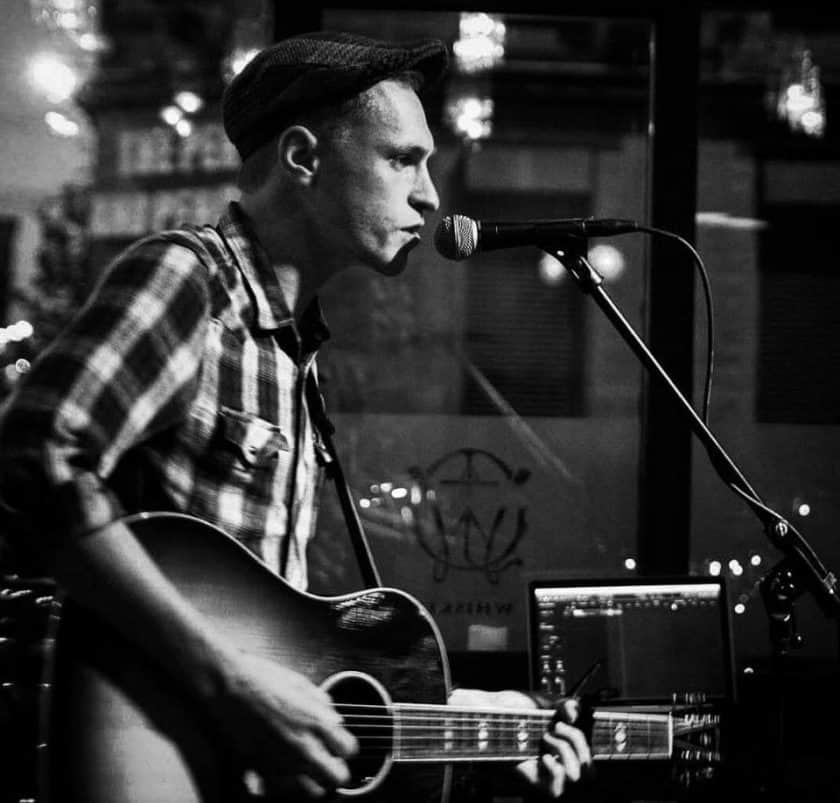 The open mic night at The Mulberry Tree is organised by Junior & Neil Woodhead. Historically a great open mic to go to in Warrington, it’s ideal for everyone who sings or plays an acoustic instrument.

Each performer is allowed to perform a short set to the pub audience; now’s your chance to win them over and make yourself known in the town.

Bring your instrument (or voice) to one of these nights, and show the Warrington music scene what you’ve got! 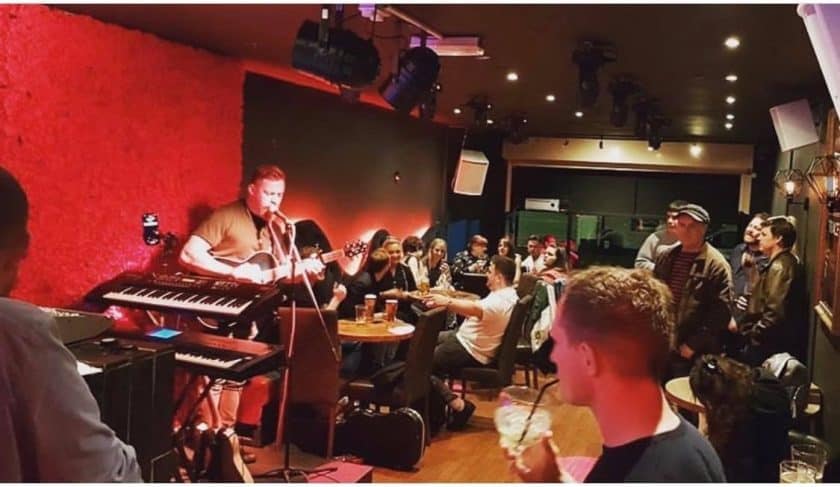 The open mic night at Hideout is a great chance to showcase your musical skills to an audience in the centre of Warrington town.

Entry to the open mic event is free and even better, it’s a pizza bar! Jam with the other musicians there or play a set yourself, whatever you’d prefer.

A backline is provided at this one, so just make sure to bring your voice or instrument and get ready to play your tunes. The night goes on until 1am, so feel free to get carried away! 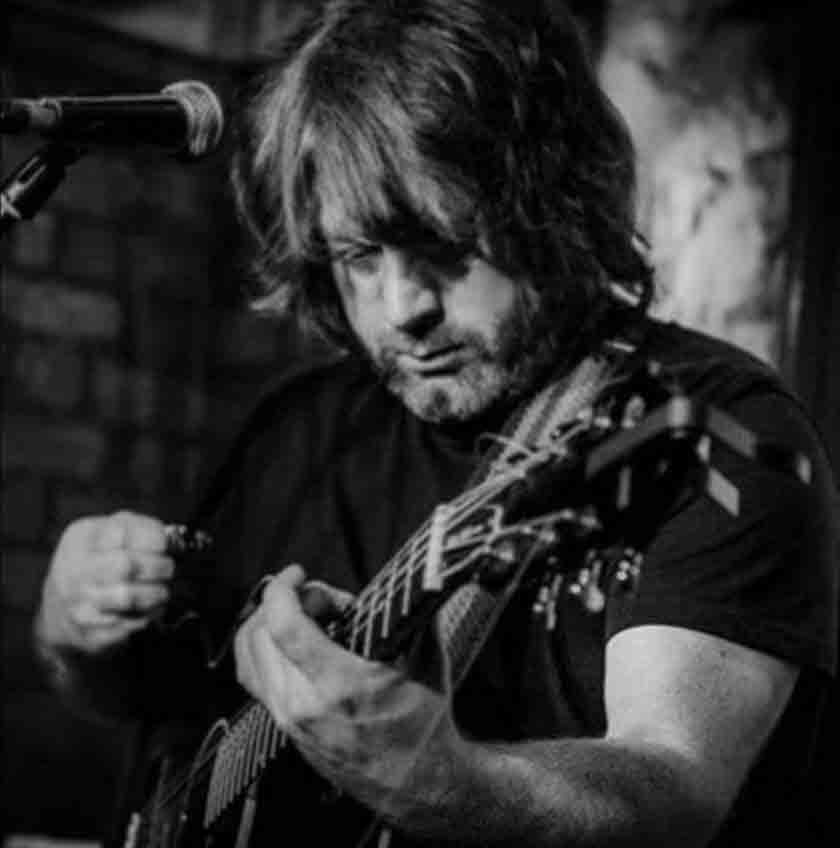 Chapel House is a charming local pub that runs an open mic every other week – it happens on the second and last Tuesdays of the month.

Your brilliant hosts for this open mic are Billy and Sonia. Their open mic events draw experienced artists and fresh talent alike to perform at the popular Warrington venue.

You can sign-up for a slot on the night from 9pm. A full p.a system is provided, and the audience is very supportive of every performer, no matter your ability or genre. 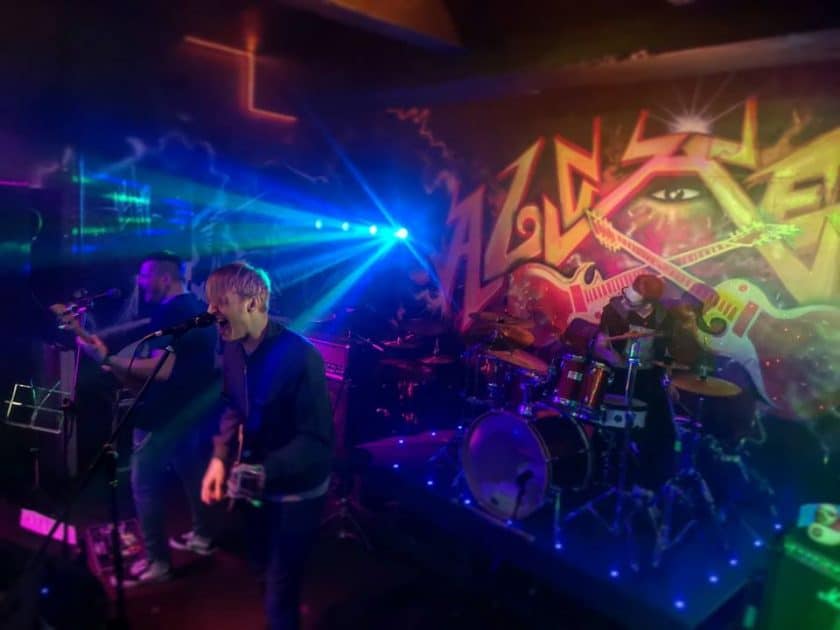 Alchemy is one of the favourite open mic nights in the town, so getting on stage is a great opportunity to play in front of plenty of people

The venue has a fully stocked stage with amps, mics and a p.a ready for musicians to get up and fine-tune their craft.

There is a maximum of 3 songs per set, so make sure to play your best tunes.

Sign up with Kyle & Gill at the venue, or inbox them for details. It’s a free entry night, so head down for 7pm and experience a great night of live music.

The Welly is a charming local pub that runs an open mic every Wednesday. A very popular open mic with many locals, this is a great one to go to if you feel like having a musically charged Wednesday evening.

A full p.a system with mics and amps are provided, but you can bring your equipment if you so wish. The audience is hugely supportive of every performer, no matter your ability or genre. 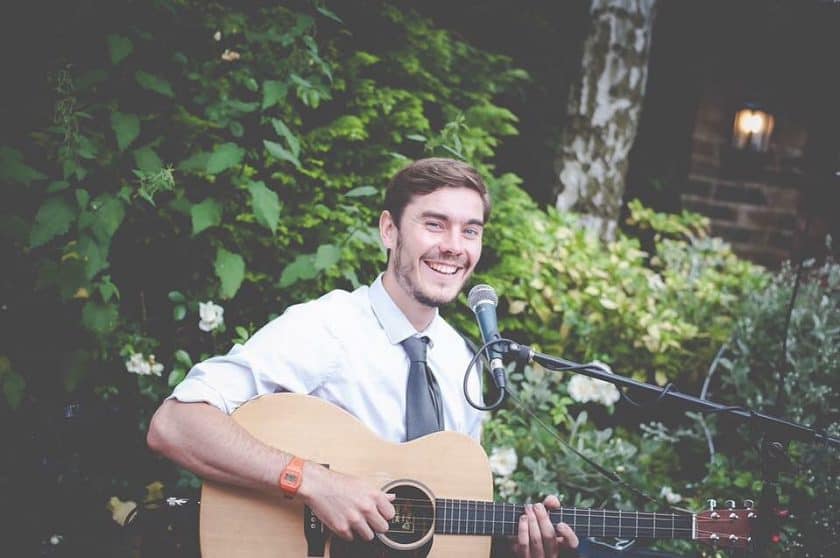 The aptly named venue, “The Venue,” is host to a great open mic night at the start of every month, full of musicians from all different backgrounds and genres.

Entry is free to this brilliant night of live music – anyone is welcome to sign up and perform.

Make sure to come back to The Venue even when there isn’t an open mic night on – they often have nights that showcase bands from all over the UK. 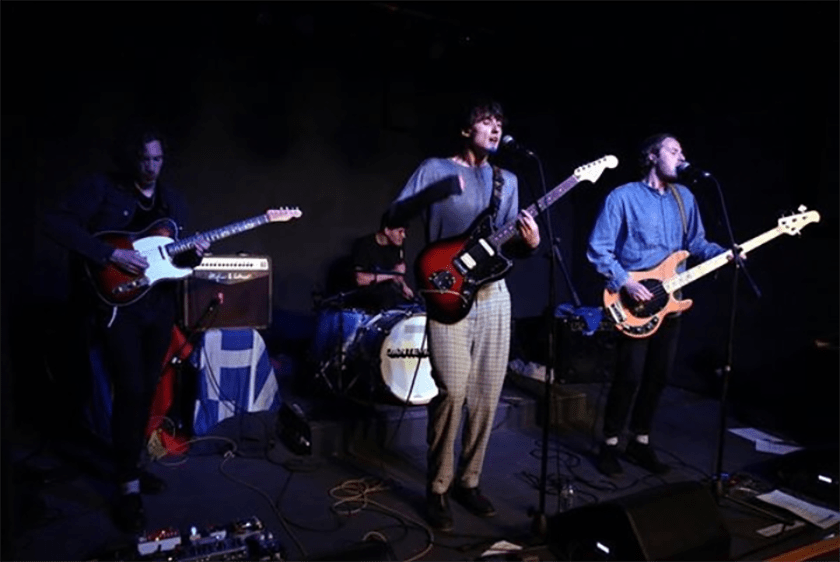 Live Bar is a bustling venue that hosts a variety of live music events including open mics and jam nights occasionally.

The equipment provided at this open mic night normally includes is a full p.a system, so make sure to bring along your instrument if you want to play a set.

Each performer gets a short slot to perform whatever songs they’d like – covers or originals. Remember, if you make a good impression, the venue team might want to book you in for a gig at the Live Bar. 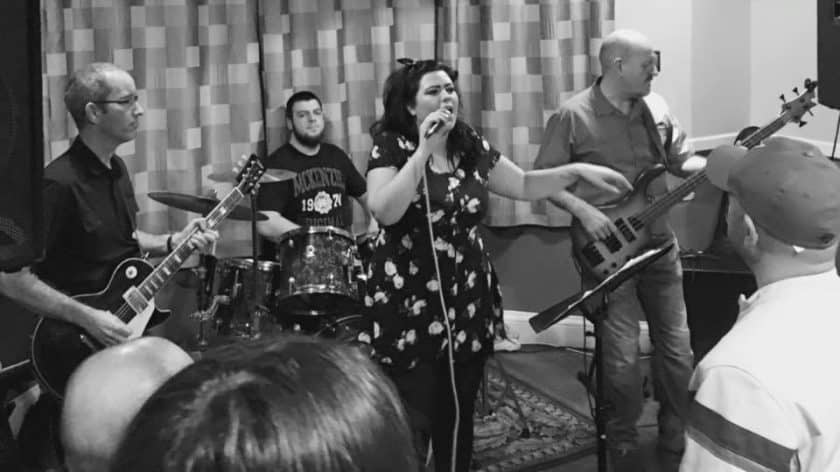 This captivating little pub puts on some brilliant live music events throughout the month, but most important of all is, of course, the open mic that happens every third Thursday of the month.

They love live music down at the Rope and Anchor, and they’re always up for giving local musicians a chance to perform live.

There’s everything you need to perform, including a p.a system, mics, and amps. Just bring your instrument, plug in, and play. 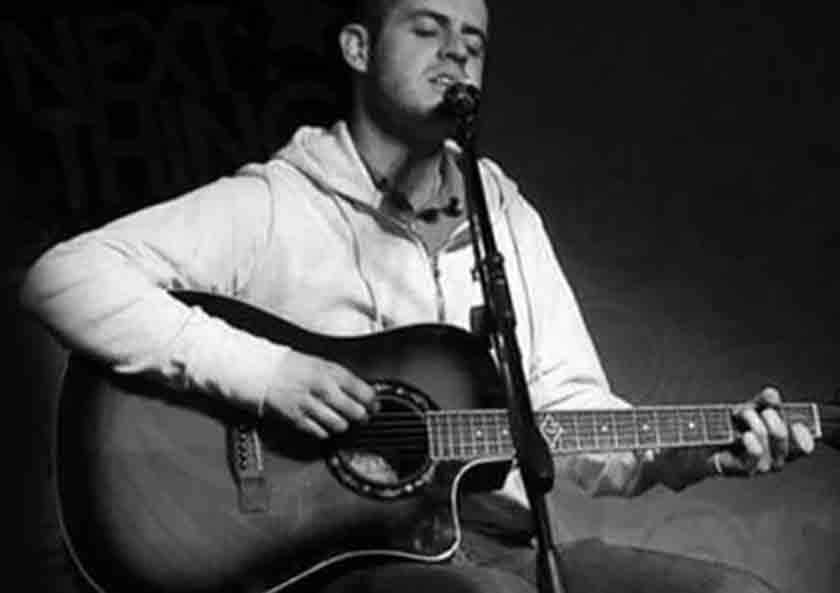 The Hawthorne is a modern bar with a lively atmosphere, no matter what day of the week it is. On Saturdays, though, they now run a regular monthly open mic on the weekend.

Previously a more occasional open mic, this revamped evening will be a highlight in Warrington’s monthly calendar.

A backline will be provided, so make sure to come along, perform some songs, and wow the Warrington music lovers. 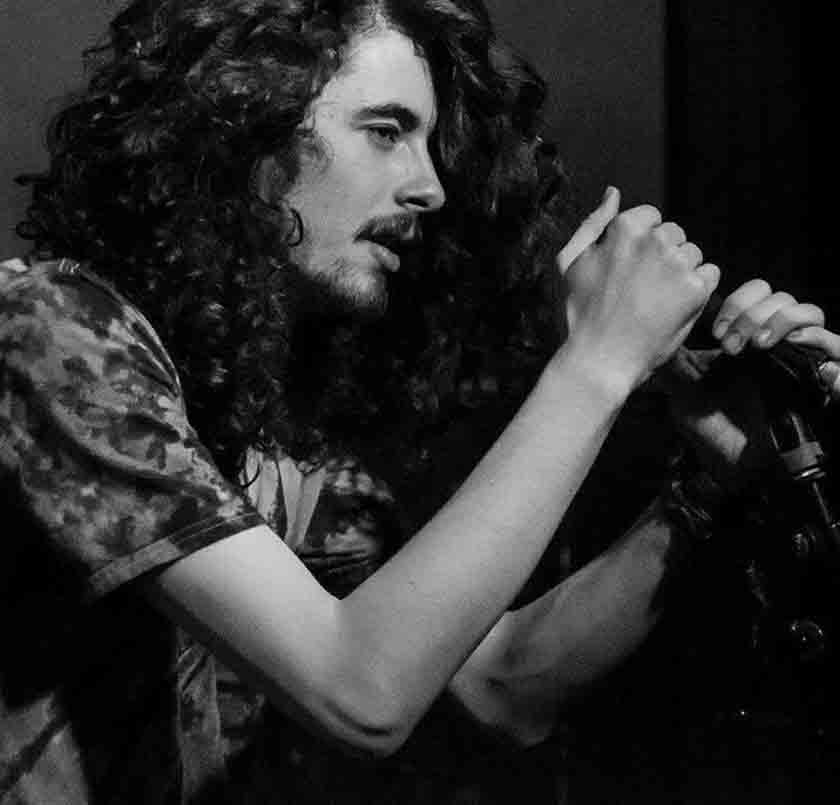 The final open mic night on our list, Ring o’ Bells is a laid back but engaging evening of live performances from musicians and poets of all backgrounds.

After a short renovation of the venue, they are excited to get the open mic up and running again for the end of 2019.

Make sure not to miss out on their next open mic where they will be resuming the evening that’s full to the brim of musical talent!

So now you know where to perform in Warrington there are no excuses for not getting out there and get performing!

Open mic nights near me in Warrington

Sheffield has a fantastic live music scene and is the birthplace of the Arctic Monkeys, Def Leppard and Pulp (Jarvis Cocker’s lyrics adorn the side of The Forge on Boston Street). There are Sheffield open mics, gigs and jam nights and on offer most nights of the week – from lively bars like The Green... Read more »

Have you considered entering Open Mic UK? Auditions are coming to Warrington!