Home >> Advice >> What Happens to Your Brain When You Sing? | Which Part of the Brain is Used for Singing?

What Happens to Your Brain When You Sing? | Which Part of the Brain is Used for Singing?

As a vocalist, you’ll be focused on what is going on with your vocal cords, throat and lungs. But did you know that there’s a significant cerebral effect too?

There are a host of benefits to singing, many of which have a positive impact on the body and mental health. You may have noticed this and wondered what actually happens to your brain when you sing. Your mind fires up, functions better and releases chemicals.

It’s all good news when it comes to the benefits of singing. So read on to learn about the neuroscience of singing and how practising and performing regularly can even make you smarter.

What happens in your brain when you sing? 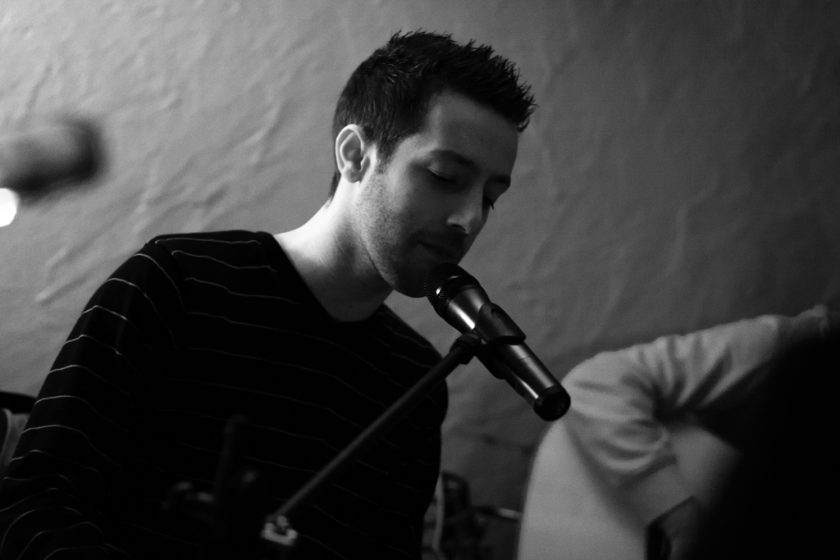 If the list of benefits of singing wasn’t long enough already, scientists have been discovering the ways in which it even helps your cognitive function. This means that the physical act of singing helps your brain work better. Add to that the learning that’s involved in picking up new tunes, memorising lyrics and even writing your own music and the perks for your mind increase rapidly. You don’t need to be good at it either. It’s the frequency that counts.

You can enjoy some of the benefits almost instantly as feelgood chemicals are released into your bloodstream as you sing. But longer-term, it will also help protect your brain against degenerative diseases like dementia and Alzheimers and music can be used as therapy for people already diagnosed with these conditions.

The neuroscience of singing

Most animals have songs of a sort, and with a few species’ exceptions, these don’t change. But according to a ‘neuroscientist of music’ and medical researcher Aniruddh D. Patel, humans are the only animal that actively learns new ones. This could be because of the prominence of our temporal lobes, which control auditory processing.

Which part of the brain is used for singing?

The temporal lobes can be found at the front sides of the head, near the temples. The brain can sustain considerable damage, enough to hamper the use of language (called aphasia), yet retain the ability to remember and sing entire songs if the temporal lobes are intact. This is because a different part of the brain is used for this kind of processing, and as such, music can be a fantastic key to unlock therapeutic healing. It’s also why a speech impediment might not show up when singing – it uses a different part of the brain to process.

The relationship between music and mood can be really powerful but how does music affect our mood? There are many different types of mood and the way different music affects our brain can affect how we feel. Music and mood are strongly related and music can affect certain moods such as happiness, or sadness. Different... Read more »

What part of the brain does singing use

MRI scans show us what is happening in the brain. Certain areas, especially those on the right side of the brain light up in MRIs of healthy people when they’re singing. But it’s not one-sided by any means. Researcher Patel tells Chorus America:  “Song combines music and words, and word production is a left hemisphere-biased activity. Perhaps doing lots of singing strengthens the brain networks involved in word production and articulation, in addition to the right hemisphere circuits involved in fine control of pitch and melody.”

A brain region called the bilateral dorsal laryngeal motor cortex has been found to control the larynx, including speech function. 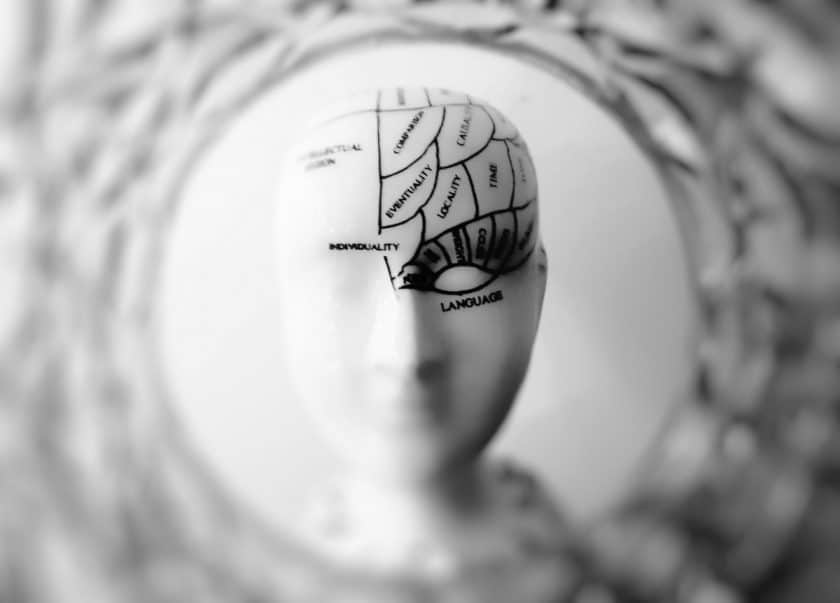 If you’d like some more science, here are the rest of the brain areas that contribute toward enabling you to sing, as discovered in a Japanese 2006 study into song and speech.

What part of your brain controls singing?

This incredible footage shows how singing is used during an awake craniotomy to remove a tumour from an opera singer’s brain. It’s a really great illustration of how certain parts of the brain are used to control singing, while others can be out of action or not fully functioning. Please be aware that this video, while not graphic at all, does show live surgery taking place – at the same time as live opera singing.

Singing – right side of the brain

We’ve talked a little about left and right brain and you may have heard people describe themselves as one or the other. So what does each side do and what does it mean to be one or the other? The two sides are alike, except in how they process information. And both sides are continually regenerating – so there’s no excuse not to improve your IQ! The research of psychobiologist and Nobel Prize winner Roger W. Sperry in the 1960s discovered that:

While each side is different, it seems that we don’t have a dominant side as such. A 2013 survey of over 1000 individuals aged 7 to 29, showed that we use each side according to the activity we’re doing and functioning we require. As reading music is quite mathematical in nature, combining the artistry of singing with the logic of musical timing really gets both sides going.

What happens when we sing together? 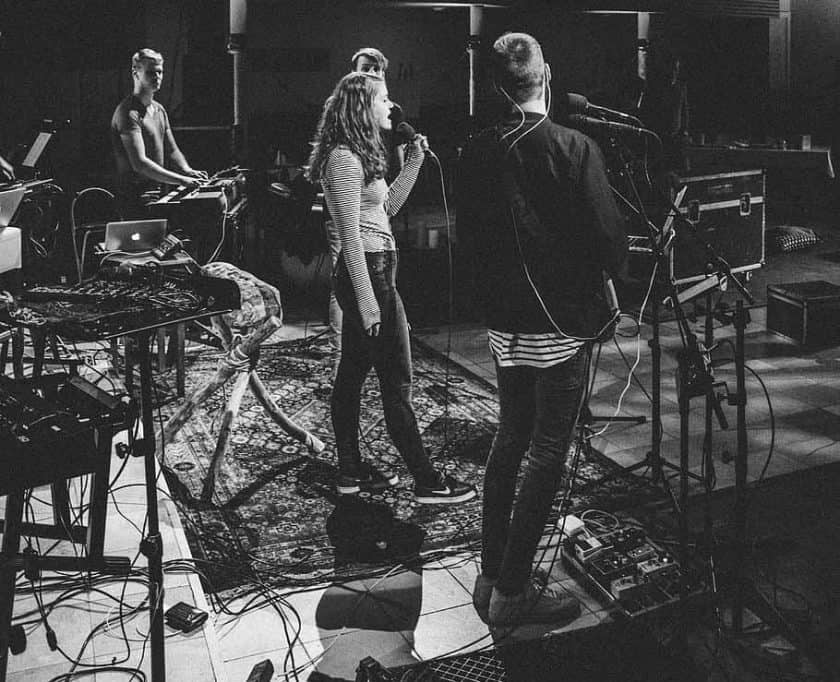 Spending too much time using the left side of our brain, is bad for the right side. Both need to be fired up. However, the requirements of our daily lives often cause an imbalance. Actively doing things that use the right side is really good for you. And is one of the reasons why people are often recommended to join a choir or band.

Group singing encourages bonding and has an even greater effect than when singing alone. The endorphins released when we sing (oxytocin and dopamine) enhance the neuroplasticity of the brain, boosts our immune system, fights illness, depression and strokes and help us manage pain.

Does singing make you smarter?

If you’re happier, more relaxed and healthier, your brain can function better too. And by singing frequently, you are continually firing up the neurotransmitters in your brain and encouraging oxygen flow. This means your cells will restore themselves faster, too. And by learning music and lyrics your memory improves (have you noticed that the more songs you memorise, the better and faster you get at it?).

What does singing do for you?

These days we mostly sing for fun, or as a vocation. But in ancient times it was used as a way of communicating vital information, show loyalty to the group or tribe and even scare off enemies. It was a vital life skill. Now we’re much more focused on tech, something that can negatively impact our health. Singing gets us away from screens and in touch with our heritage and natural rhythms.

Why Is Singing Good For You? | Health Benefits of Singing

Singing is good for you because it has a multitude of health benefits. It can help both your physical and mental health whilst also having social benefits. Is singing good for you? Singing has many benefits for mental health conditions like anxiety and depression. It releases chemicals that naturally combat symptoms and it helps you... Read more »

The benefits of singing

It isn’t only you who will benefit from your voice. If you have a relative with memory loss, singing to them can be a wonderful way to connect, where conversation no longer allows, a technique wholly endorsed and practically proven by the Alzheimer’s Society. Similarly singing to foetuses and babies helps their cognitive development considerably.

The message is clear. If you want to feel good and have a brain that works well, music is a great path to better cognitive function, mental health and well being. And it doesn’t even have to sound good. Many people are put off doing it because they’ve been told in the past that they’re not good at it, or shouldn’t bother. But it’s part of our fibre to sing and whether you sound nice or not, it’s well worth doing daily, even if just briefly in the shower.

To fully fire up and recharge the right side of your brain, sing as often as you can and get creative with it. Add in some lyric learning and writing and you’re all set for a fantastic mental workout.

Dopamine is one of the feel-good organic chemicals released when doing things we enjoy, like spending time with a beloved pet or singing. It’s a natural, totally safe high that’s very good for your brain and body, encouraging motivation and pleasure.

It’s a primal and instinctive activity that’s linked to all-round improved health and wellbeing. Music has a huge impact on people, brings communities together and is a multi-billion pound international industry.

What have you found happens to your brain when you sing? Have you noticed significant changes? Tell us about them in the comments below.