Home >> Advice >> What Is a Gradual Decrease in Loudness in a Piece of Music Called?

What Is a Gradual Decrease in Loudness in a Piece of Music Called?

You may have noticed an entire vernacular associated with musical notation. It can be confusing understanding this if you’re not familiar with the terms.

What is a gradual decrease in loudness in a piece of music called? There are two words used to describe this phenomenon. If you want to be taken seriously as a musician, you’ll need to be aware of the shorthand for music writers, makers and performers.

In this article, we’ll demystify the terminology and help you sound like a pro when you’re talking about compositions and songs.

A gradual decrease in loudness in a piece of music

A sudden or gradual change in a song can make it really exciting and volume is one of the main tools to do this effectively. It can help convey emotion, add drama or segue into a new section. This may happen en masse if it’s a band, choir or orchestra, or solo if it’s a single singer. Musicians use terms and abbreviations to communicate what needs to happen during a piece so that they’re all on the ‘same page’. A decrease in loudness has its own terms.

If you want to increase and decrease your volume at will, you’ll need to work on bringing projection and strength to the voice through a series of exercises. Learn how to sing with power, in this article.

Would you like to belt out the ballads like Beyoncé, or perform up-tempo hits like Ariana? If so, you need to train your voice for it. Learn how to sing with energy using our power tips, and you can take on any song with gusto. This will help to get you noticed and you’ll be... Read more »

Which term indicates a gradual decrease in volume?

There are two different terms used to describe a gradual decrease in loudness in a piece of music. These are:

The opposite of a decrease in volume is an increase, or crescendo, which means getting louder. Musical terms are often written or printed on the staff – which is the five horizontal lines on sheet music.

What is the word for getting quieter in music?

The word piano, as seen on sheet music does not mean the keyed instrument. Instead, it refers to soft volume. A diminuendo will do down to a piano volume (soft) or pianissimo (very soft). These may be abbreviated on the music as p, pp or ppp (the latter being very very soft). 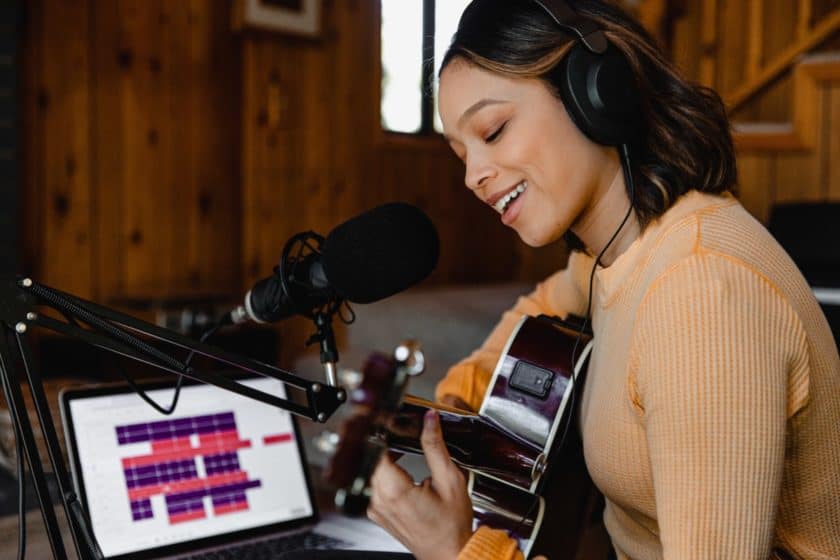 Examples of diminuendo in music

Let’s take a look at how diminuendos play out in songs. Here are some examples of how they work and the variance you might hear between diminuendos.

Is there any trick or musical dynamic not used in this incredible composition? It’s filled with exciting shifts and changes and includes some epic diminuendos.

With Every Heartbeat – Robyn with Kleerup

A modern example of the diminuendo is the fade out. This trend became big in pop music in the 1970s and it lasted decades, but we’re seeing it ‘fade out’ in the 2020s! Here’s an example from the late noughties.

Where we do continue to see the diminuendo prolifically in contemporary music, is in the ballad. Here, the queen of the emotional ballad, Adele, shows us how it’s done, by using a gradual decrease in volume following a powerful phrase. It’s one of the secrets to her songwriting success and gives that sense that you could hear a pin drop in these gripping moments of her songs.

Musical theatre pieces have crescendos and decrescendos all over the score. As modern show tunes are often long and need to tell a story, or move forward a plot, a whole lot of dynamic is necessary to create drama and get from a to b. Check out this live performance and look out for the diminuendos.

What is the difference between decrescendo and diminuendo?

In practice there is no difference between the two, it’s just a different way of saying the same thing. Some people may use the first term to describe a steeper movement in volume.

There are a huge number of musical terms worth learning – those mentioned in this article are just a few of them. Knowing musical terms will help you as an artist. While pop has its own range of ever-growing industry terms, there are some old (often Italian) words that you’ll find in sheet music. Recognising and acting on these will impress musicians.

How to Read Music, Sheet Music and Music Notes (For Beginners)

Are you a singer or self-taught instrumentalist and want to know how you can up your game? Performing songs and songwriting may be a creative process, but there’s some useful theory that’ll take your hobby, or career, further. Learn how to read music, sheet music and music notes so you can instantly sing or play... Read more »

Here are some more useful words to remember…

A cappella  – without musical accompaniment

There are many more than those mentioned in this article, but we’ve covered the most common Italian musical terms that you need to know. 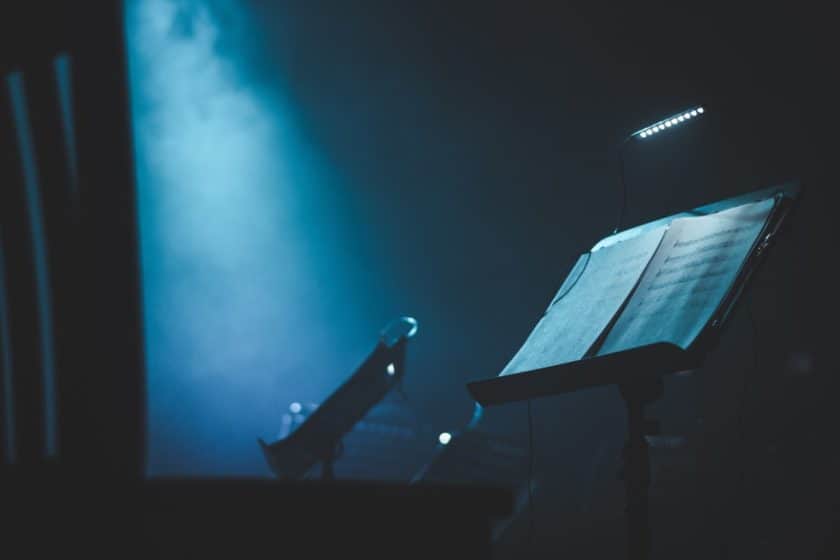 Now you know what a diminuendo is, it’s time to incorporate some into your songs. Singers often focus on crescendos. But a gradual decrease in volume can be just as effective and adds an interesting edge to your performance. If you want to create emotion and move your audience during a slower song especially, it’s a winning technique.

What is louder than fortissimo?

Fortissimo can be f, ff, or fff – the latter being the loudest. Take notice of these letters on the stave, so you can sing or play the music exactly as it was intended by the composer. This is especially important in classical, orchestral and musical theatre pieces.

What does p mf mean in music?

Mf stands for mezzo-forte (medium loud). A p before it means that it’s a slightly softer medium soft. Similarly, you can have a mezzo-piano notation. All of these options allow for nuance and variation. Where you have many instruments playing at once this guidance is vital to create synergy.

What is the volume of a piece of music called?

Changes in the volume are generally referred to as the musical dynamics. However, ‘dynamics’ is also a catch-all term to cover other elements within music and performance style, such as changes in tempo, staccato and intervals.

What’s your favourite song with a diminuendo or descrescendo? Maybe it’s one of your own. Let us know and share a link to it in the comments below.