What is a Music Promoter?

Music promoters are incredibly important players in the music industry. If you want to be a famous performer and play big shows and festivals then you will have to work with promoters for your shows. What promoters do can be a mystery so we will try and clear everything up for you.

A music promoter coordinates with artists and venues to put on and promote events. They are responsible for running the show and finding new talent. They are heavily involved in promoting the show because they need to sell as many tickets as possible.

Some promoters go on to create incredibly lucrative careers for themselves. It can be quite an appealing career path and some artists end up promoting alongside performing. But what do they have to do and how do they make money?

What is the role of a music promoter?

The role of a music promoter in the music industry is quite simple, promote artists. However, it is not simple to carve out a career as one. The live event industry is a hard one to crack and there are a lot of skills that promoters need.

Promoters essentially need to be able to find local acts and book them for gigs at venues. However, finding and coordinating talented acts with buzz is only one side of the role. They also need to work with the venues and run the event.

We haven’t even gotten to the promoting side yet. Once the acts and venue are booked, the promoter is responsible for promoting the show and getting as many people through the doors as possible.

The role becomes more challenging as artists and venues get bigger. More coordination and bigger crowds are expected. If a promoter can work their way up to this stage then they could find themselves in a pretty rewarding career.

What does a music promoter do? 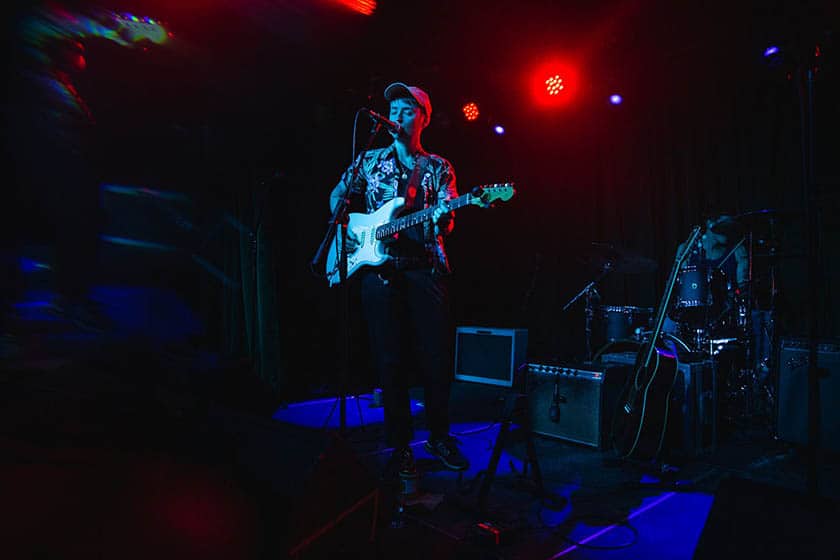 How does a music promoter make money?

Music promoters make money from events through their cut of the profits. However, profits aren’t always guaranteed, which makes being a promoter in the music industry a hard way to make a living.

It can cost a lot of money to put on a show. A promoter will need to front for the venue and also the staff to run it. This can include audio engineers, security and even bar staff. Although bar staff are usually paid by the venue, it could be the venue manager promoting the show. 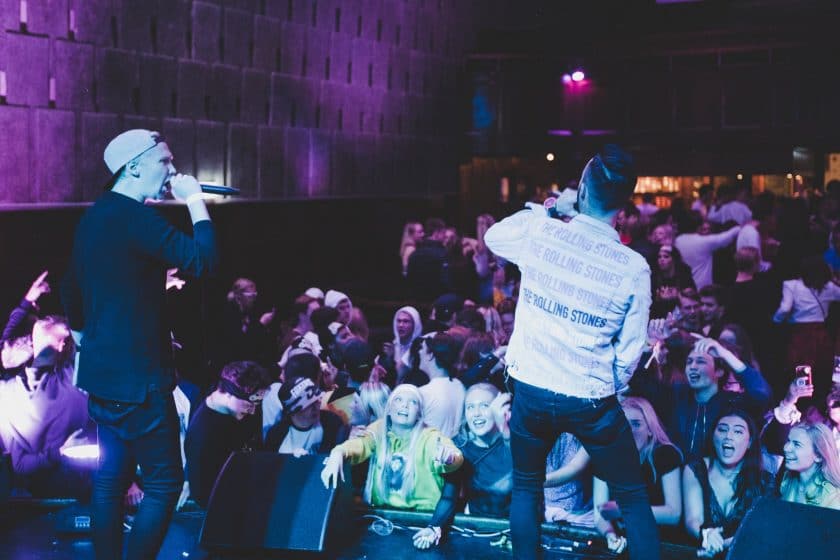 How much does a music promoter make?

A promoter’s cut of income can vary significantly depending on the arrangement with the artist and the tickets sold. Whilst smaller venues will have lower costs, it’s harder to get bigger acts and sell lots of tickets.

Music promoters tend to operate on a share of the net income of the event. This means that you consider all of the money made by the event and deduct the expenses. The final figure is then split between the promoter and the artists.

Alternatively, the promoter could get the artist on an upfront fee. The promoter will then be betting on getting enough tickets sold through the door to cover expenses. This can be a much riskier deal for promoters but could be a lot more rewarding.

What is a music promoter salary?

If you are an independent promoter then this is really down to the number of shows you put on and the quality of them. Part of a promoter’s job is to find new talent and develop exciting artists. This could lead to a low profile artist making their way up the stages and become a big star.

In this situation, a promoter’s success is tied to the artists that they work with. As a result, one year could be spent trying to break even with an artist. However, a promoter could hit the big time in a few years time and become a core part of that artist’s team.

Other promoters work exclusively with venues and some with larger booking and talent agencies. An employed promoter could earn a salary from £12,000 to £60,000, although bigger agencies and artists could lead to much more.

The most successful promoters can earn as much as the biggest artists. For example, SJM Concerts founder and promoter Simon Moran is one of the UK’s richest people thanks to his company’s success.

How to Organise a Music Event + Planning Checklist!

There are few greater life experiences than incredible live music, which is why plenty of people want to know how to create a music event and put on a show. If you’re planning music showcases or even looking to plan a festival, we’ll cover everything you need to know. Below you can find a music... Read more »

How do you become a music promoter?

But what if you want to know how to be a music promoter? Is it a job you can see yourself doing? Here’s some insight into what’s involved, plus information on how music promoters make money.

Many promoters get started by wanting to put on the shows they want to see. They often find that their local music scene isn’t putting on gigs they like and they do something about it.

You first need to have a good understanding of the people in your area and what music they want to see. You then need to find an artist that will draw in a strong local crowd and put them in the right venue to make it happen.

This won’t happen overnight. You’ll need to spend time getting out to gigs and meeting the key players in your music scene. You’ll also have to have a good knowledge of all the grassroots bands and make a good impression with them.

What does it take to become a music promoter?

You need to have a risk-taking mentality and a massive love for live music. It’s probably going to get pretty stressful so you’ll want to make sure that you can maintain your motivation if times get rough.

You’ll need to be an excellent relationship builder and confident talking to new people. Your networking skills will define the success of your career alongside your tastemaking skills. There is a lot to consider but if you truly love live music and championing new acts then it should come naturally. 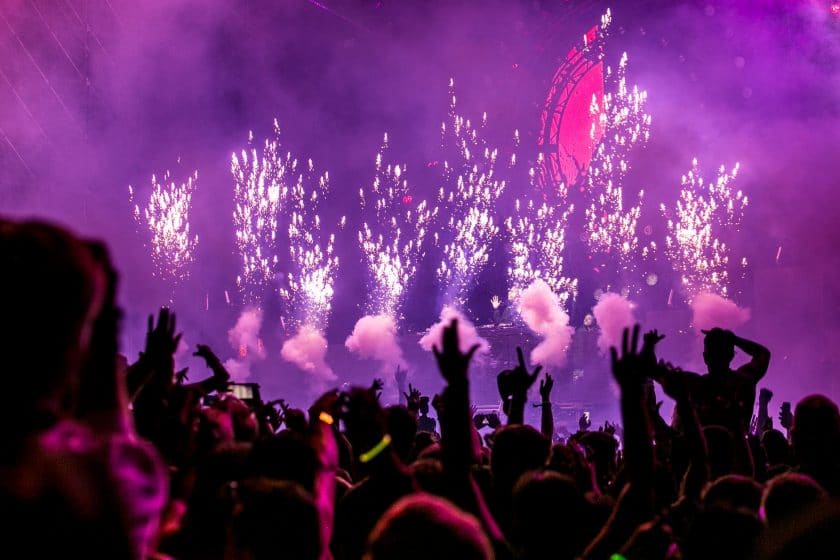 A music promoter will be making a lot of deals with venues and artists throughout their career. This will typically involve a lot of contracts and it is best to get some legitimate legal advice before attempting to make one yourself.

The Musicians Union is a great resource for legal advice. Their fair play guide for live music will be a perfect starting point for understanding more about how much artists should be paid for performing live.

How to find a music promoter

You might be able to find promoters online and contact them through email, Facebook or Instagram. However, live music is a face to face industry and you’re better off going to a venue and becoming familiar with the staff.

If there is a gig that you really enjoyed, don’t be afraid to go back to the venue and say how much you enjoyed it. It’s a great way to open a conversation and you could always ask for advice on how you can put on great nights.

How to Approach Promoters and Venue Bookers for Gigs

While there’s no magic formula to get gigs from promoters, there are steps that you can take in order to effectively approach decision-makers, saving you time and improving your chances of getting noticed. Before proceeding to contact decision-makers, make sure you have checked the boxes below: You have a functioning website You have a strong... Read more »

Famous promoters in the music industry

The most successful promoters usually branch out into other fields. For some this is management and for others, this is a different form of entertainment.

How can a music promoter help an artist in the music industry?

What is a music promoter? The main job of a music promoter is to publicise and promote upcoming local or national live events and concerts. Promoters are in charge of “putting on” the show.

They work with the artists, and clubs or gig venues to arrange events. Music promoters are then responsible in making sure the word gets out and the gig is advertised in a way to bring in as many people as possible, which in turn, will bring in profits if successful.

Promoters will always look for acts they consider are not only talented but that will work hard to promote the event.

How to Get Music Gigs as a Singer or Band: 9 Tips!

Open Mic UK’s top tips on how to get gigs as a singer or band If you are an aspiring band or singer, or perhaps have been in the game a long time, the process of getting gigs can be really hard. This is particularly relevant at the moment, as there has been an explosion... Read more »

Why should artists work with promoters?

Building good relationships with your local music promoters is really important and ultimately very beneficial. They are a sure-fire way to get gigs, and if successful paid gigs too!

Having a good relationship with a promoter will also mean they are likely to think about booking you when arranging other events. This will help build your fan base, but it can also take the pressure off of having to find gigs yourself.

But of course, the promoter will rely on you to promote and bring in a fan base as if you don’t do this it is very unlikely you will get booked again.

Do artists have to pay music promoters?

Music promoters usually will agree with the following with acts:

However, every opportunity to perform is worth doing to get your name out there and build your fan base. So whether you get paid or not should not matter, it’s getting the gigs and performing as much as you can which should be the main importance.

Would you rather be an artist or promoter in the music industry? What tips do you have for people wanting to know how to be a music promoter? Let us know in the comments below.

I am an upcoming artist,so I need a promoter for my music

Am building up on music equipment when am done I want to identify young music talent and promote them.

After reading this article, I’m beginning to have lots of interest in Promoter field. I’ll like to get practical real soon and hopefully it goes well.

Getting Started With Songwriting Lyrics

How Singers Can Improve as Performers