Are you keen to experiment with a more edgy style of writing? Do you want to create unique beats alongside a melody line?

It’s been around since the 1990s, but you may still be wondering – what is Trap music? This blend of hip hop, rap and EDM is beat-heavy and intense, with roots in drugs culture. Learn how to write a Trap song if you want to break into this style of music.

Read on to discover the history of trap music, understand its varying components and find out how to structure your own trap track.

What is Trap music?

As with many types of music, trap music has experienced an evolution across the decades. It may be lesser known than some of the more prolific styles of music, but it has a loyal fanbase and enduring popularity. The sound was said to have originated in Atlanta, Georgia. And while it has its roots in rap, it crosses over with several other genres, like EDM and hip hop. Expect a tempo of around 130 – 170 BPM and a fairly aggressive sound.

What exactly is trap music?

The name itself comes from ‘trap houses’ – places where drugs are sold, otherwise known as a trap house. ‘Trapping’ is a term used for selling and dealing drugs (as heard in some early rap lyrics). As a result, lyrics often talk about life in the ghetto and hood, drug slang, swearing and the desire to acquire wealth. In this way, it has some aspects in common with UK drill.

It’s one of the newest musical genres to arrive in the UK. But what are the ingredients of a drill song and how can you make it yourself at home?  You can learn how to write a UK drill song and music in 5 easy steps, by making or using existing beats, talking about your... Read more »

The trap sound does vary according to the artist and era. You’ll hear dubstep and techno beats with intense drum samples in some songs, reminiscent of electronic dance music. While you’ll pick up more of a hip hop vibe and rap beats in others. Hi-hat effects, syncopation and intense cymbals are all key factors in the trap dynamic. 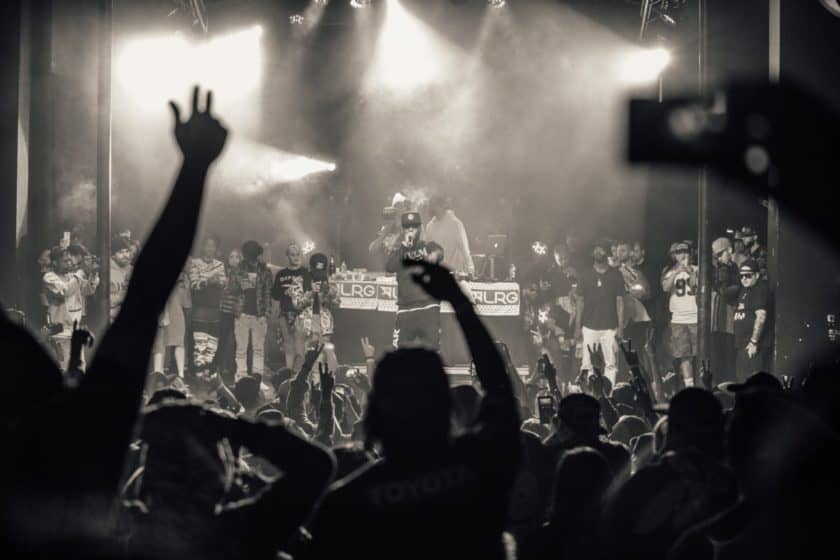 How is trap different from rap?

It incorporates chopped and screwed instrumentals over Roland 808 drum machines with synthesizers and beats. Whereas hip hop and rap will usually be created over samples, trap musicians create brand new rhythmic and melodic patterns for each track. While there may be some pre-existing elements incorporated, these will be minimal.

What is the difference between trap music and EDM?

Trap music has more in common with hip hop and rap than a pure EDM track would do. Kick – a sub-genre of hip-hop – is also present. This involves a fast attack, followed by either a fast release or a slow release. The snare sound also takes it away from the EDM only genre. This comes from the 808.

However, there is also much to compare with EDM. A strong baseline and beat, reverb, a melody that repeats throughout, plus chords and riffs. Frequently occurring transitions meanwhile, echo the breakdowns found on dance tracks.

There’s more to singing than just the chorus and verses. You may have to talk to the audience during a song intro. How do you introduce yourself as a singer and how do you perform when there are no vocal parts?  The first an audience sees of you is when you’re introducing yourself on stage... Read more »

How to write a trap song

You may want to write your own trap song. Or – like Katy Perry, Kanye, Post Malone, The Weeknd and Beyonce – borrow elements of it for your pop anthem.

So how do you begin to compose this type of music? Here are the steps you’ll need to take and the ingredients to add, to make your song distinctly trap.

If you’d like to sample some trap music for yourself, here are some of the best artists to check out.

“There was no such thing as trap music, I created that, I created that. I coined the term, it was my second album, Trap Muzik it dropped in 2003. After that, there was an entire new genre of music created. An open lane for each of you to do what you do, and live your lives, on T.V., and be accepted by the masses. The masses have accepted you ’cause I opened the door and you walked through it. Don’t forget who opened that door, cuz.”

Rap songs have some of the most emotive and poignant lyrics in the industry. If you have a story to tell or a message to get out there, writing a rap is a powerful way to express yourself. Writing a rap song is compared to writing poetry; both focus on rhythm, imagery, and rhyme. Rap... Read more »

If you’re keen to develop your trap sound, be sure to listen to plenty of creators from within the field. Market your music to an appropriate audience – while this genre is now mainstream, it is less so than pop, rock, or indie for example. So consider which venues, labels and collaborators you approach.

Even if you don’t want to explore this sound in-depth, it’s always worth having a wide knowledge as a musician, especially if you write. Exposure to a diverse range of styles will help you to grow as an artist. And you’ll learn more about the industry as a whole.

#5 Bodak Yellow by Cardi B

Back in the 1990s, it was still very niche. But as it reached the mid-2000s, trap music became more mainstream. It’s cross-genre roots ensure it attracts a variety of fans.

It’s hard to say who the very first artist was to ‘invent’ the genre. However, UGK, 8Ball & MJG, Three 6 Mafia, Cool Breeze, Kilo Ali, Master P and Ghetto Mafia were all pioneers in the genre movement.

Do you write trap music? What’s your process and why were you attracted to this genre in particular? Let us know and share links to your compositions in the comments below.