Home >> Advice >> When is Crowdfunding Right for Singers?

It can be incredibly tempting to dive straight into creating your own crowdfunding campaign as you are keen to raise the funds you need for your music project. However, it’s important to make sure that you are in the right place to launch a successful crowdfunding campaign.

Before crowdfunding, you need to have a fan following who will donate towards your project. We are here to help tell you the initial steps to build that following and what else you need to do before having a successful campaign.

How to have a successful crowdfunding campaign 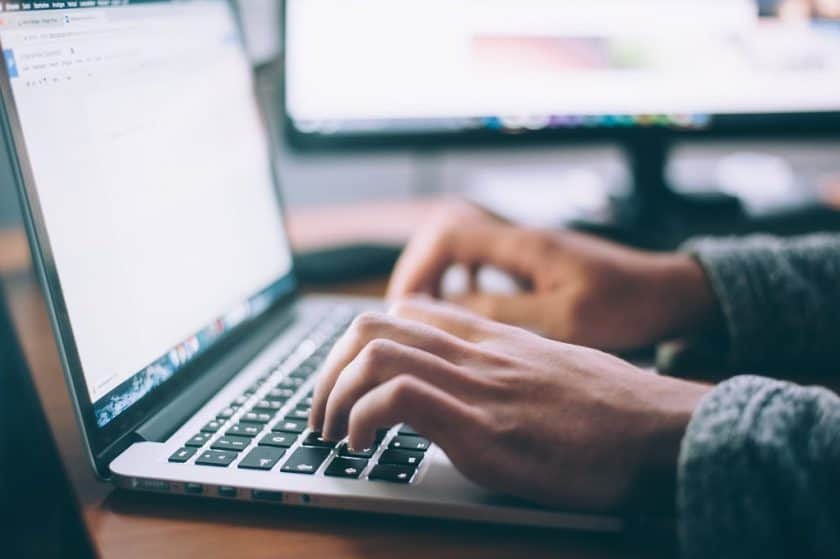 Take stock of what you have

It’s important to have a quick reality check before even thinking about launching a crowdfunding campaign. Ask yourself:

Furthermore, you need to think about time. If you’re so busy with your daily life that you don’t have a spare hour to spend working on your campaign, then it might not be the right time. You need to spend a lot of time perfecting the campaign, promoting it and reaching out to people. This all can take a big chunk of time out of your day.

Sometimes these questions are a little tough to answer but it will certainly help you out in the long run. Before running blindly into crowdfunding your project, you want to make sure that the basics are in place. Then at least you are setting yourself up for success, not failure.

Once you’ve decided to set up a crowdfunding campaign for your music, you might want to know what you are going to spend the money on in advance, this will also be helpful for people wishing to donate to know. How can singers use crowdfunding? Crowdfunding music sites make it easier than ever to raise... Read more »

Have a loyal following of fans

It’s important to engage with your fans on social media daily anyway, not just when you need them! Make sure that you have built up a solid relationship with your fans online. It’s far better to have 100 engaged fans that will donate rather than 1,000 disinterested followers that will hardly help you out at all!

Put some time and effort into cultivating those relationships, as it will not only help out with your crowdfunding campaign but will also help out your music career in general. Be consistent with your social media use. Make sure you talk to your fans every single day. This will make them trust you and see you as someone who cares, not someone who just engages with them when you need something. It’s pretty easy to tell how engaged your fans are on social media by asking them questions, posting updates and even asking them for small favours.

Need them to vote on a poll? Ask! Need a survey filled in? Ask! Then you know that when it comes to crowdfunding your project, they are likely to help out.

If someone is committed enough to sign up to your mailing list, they are much more likely to click on your campaign and actually donate money towards your project. So, the first step before you even think about crowdfunding really is to build that fan following, work on your music and get people excited about your career!

Social media is a great way for a musician to gain exposure. These tips for a sure-fire way to get attention from fans so get ready to get your social media hot and up to date. There are so many ways to generate social media content ideas for musicians. You can perform, do behind-the-scenes footage, album reviews, covers, competitions,... Read more »

Your project is really important

Deciding what you want your crowdfunding campaign to be for can be really difficult. Not only is it tough to decide what you need the most but the type of project really does dictate whether or not your campaign will be successful.

For example, if you need to raise money for music equipment, it might be more beneficial to just save up your own money for that as people won’t be excited to get behind it in the same way as they would for other projects.

Raising money for an album, music video or tour will provide much more tangible results that fans can connect with and will actually get to see, buy or attend. You can then build up a great campaign around these projects that will leave your fans with no choice but to pledge!

Another really effective project idea would be to give some money to a good cause. For example, a percentage of all purchases of the album you are crowdfunding for with go to a particular charity. This is a great way to get people who may not have been fans initially, interested in your campaign.

The best music crowdfunding campaigns can be a great way to take your music career to the next level, giving you that helping hand you need to potentially make it your full-time job! It’s incredibly satisfying to achieve on your own with your fans help but how can you create a successful crowdfunding campaign or... Read more »

Become your own marketing agency

It does take a little bit of extra work and preparation but it definitely worth it in order to have the most successful crowdfunding campaign you possibly can! 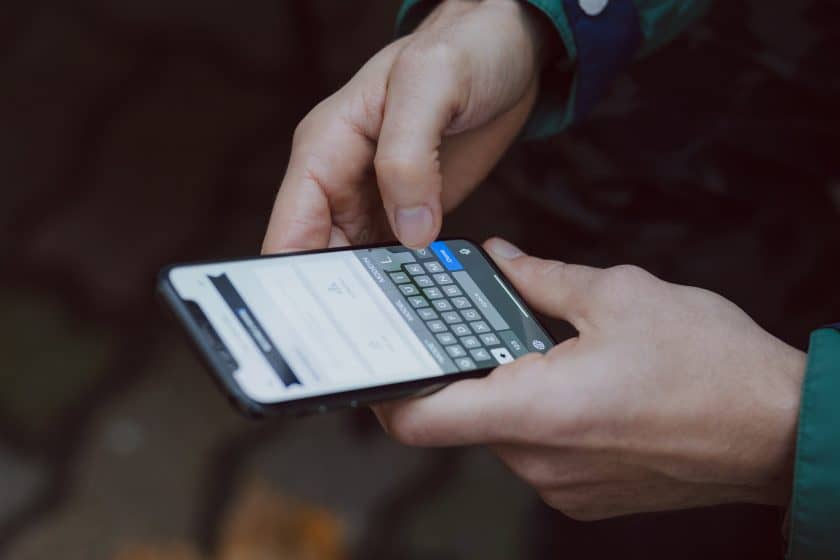 It’s worth running Facebook ads before your crowdfunding launch. This not only allows you to test your messaging and overall effectiveness of your ads but you can use these ads to encourage people to sign up to your mailing list. This not only tells you whether your ads are effective or not but also get more people on your list. So when your campaign goes live, you will have a bigger reach!

Facebook ads don’t have to be the most expensive things in the world either, you can set a realistic budget for you and it will definitely help spread your campaign further.

Reach out to people

It may seem nerve-racking to reach out to journalists, influencers and the press but it truly is worth it! Why not message music websites or magazines, telling them about your campaign and your music, building up the hype before it even goes live? You can even message influencers in the music industry, they could easily take a liking to your project and want to help you out by shouting about it on their social media! Even if you get no responses, at least you tried by reaching out, you never know who might respond…

Integrate yourself in crowdfunding forums and chats

Places like the Kickstarter Forum are a brilliant way to speak to like-minded individuals who are also currently or are into crowdfunding. You can easily find people to instantly reply to any questions you have and who can even help you to plan your project if they have been there before.

Participating in these forums is also great because you become visible in the crowdfunding industry. If people take an interest in your project, they might be keen to pledge some money in order to see you succeed!

Use the Pre-Load Technique

This sounds a lot more intimidating than it really is, we promise! If we take a look at Jay Stolar’s Happiness and Connection Project, we can see that he hit at least 75% of his initial goal only three days into his campaign. He broke his goal amount within the first week and tripled his goal amount by the time the campaign ended.

No, he wasn’t famous, he didn’t go “viral” and it was completely unexpected. So, what did he do? He used the wonderful pre-load technique! This technique doesn’t rely on exposure, going viral or even any PR support.

The pre-load technique is a fantastic way to jumpstart your campaign by gaining early support, building momentum and growing awareness within the group of people who are most likely to actually back your campaign.

Essentially, pre-loading is just shouting about your campaign before it has even been launched. This includes sharing your project on social media, emailing all of your fans and generally getting people very excited about it.

You don’t even need to have the largest fan following in the world in order to successfully pull off the pre-loading technique. You can simply email, text and talk to every single friend, family member and work colleague under the sun. If you can build that momentum and donations early, your campaign has a much better chance of succeeding.

When is crowdfunding right for me?

Taking everything into account, crowdfunding is right for your music career when you have a decent fan following, you are consistently engaged with your fans on social media, you have the time and energy to put enough into the campaign and you have an awesome project idea that people love.

If any of those things are lacking, it’s unlikely that your campaign will get the love and attention it so deserves. It’s tempting to rush in right away but if you can perfect those things in advance, you are far more likely to not just hit but smash your goal!

What Funding is Available for Musicians?

There are many music funding opportunities available for up-and-coming musicians, giving them advice and monetary assistance when recording music, touring or promoting themselves, including arts council funding, crowdfunding and PRS funding. Most musicians dream of making a living from their music but we all know that getting the funding to take those next steps to... Read more »

Engaged fans are more important than the number of fans. If you have built up a community that loves your music, you should go ahead and crowdfund. Dedicated, engaged fans are far more likely to shout about and share your campaign, leading to many more donations.

You don’t necessarily 100% need a mailing list to have a successful crowdfunding campaign. However, a mailing list is helpful to a musician in so many ways that it is worth building one anyway, you will thank yourself in the long run!

It’s almost impossible to put a blanket on yes or no whether people will donate or not. However, if you have fans, friends and family, you are likely to make a fair bit of money towards your goal. The rest is up to you to push and promote your campaign as much as possible. You can even ask on social media before your campaign goes live whether people will donate or not. This will give you a much clearer idea of where you stand.

What’s your experience with crowdfunding? Let us know in the comments below!