During the 90’s D:ream’s Pete Cunnah wrote the multiplatinum No. 1 single “Things Can Only Get Better”, which was chosen by New Labour as their 1997 election campaign song, as well as the No. 5 hit “U R The Best Thing”. By the close of the decade D:ream’s Pete Cunnah had chalked up an impressive 12 top 20 hits and two Top 5 albums with over three million records sold.

D:ream’s Pete Cunnah then carved out a career in the back room writing and producing for other acts, notably Duran Duran, EMF, Debbie Harry, Melanie Williams, Steps, Allstars, The Honeyz and A1 to name just a few. Out of the many awards that following his Brit and Ivor Novello nominations, D:ream’s Pete Cunnah was also awarded the Hot Press Best Act as well as the DMC Best Act.

Pete Cunnah has also clocked up many hours on the road including two world tours supporting Take That. D:ream’s Pete Cunnah continues to produce and develop new acts. 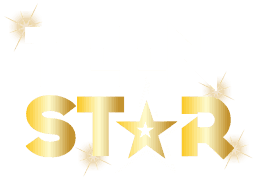